Kevin Hart is not the victim of his own controversy

Kevin Hart appears to be operating under the unfortunate presumption that he is the victim in a controversy of his own creation.

Not long after it was announced that Hart would host the 2019 Academy Awards, several of Hart’s old homophobic tweets and comments made in his past comedy specials were revisited and subsequently rightfully scorned.

Kevin Hart declined to initially offer any kind of act of contrition in response to the growing resentment, opting instead to forge an argument largely rooted in the sentiment, “Why are you bringing up old shit?”

“Guys, I’m almost 40 years old,” he said in a video posted on his Instagram account. “If you don’t believe that people change, grow, evolve as they get older, I don’t know what to tell you. If you want to hold people in a position where they always have to justify or explain the past, then do you. I’m the wrong guy, man. I’m in a great place. A great mature place where all I do is spread positivity.”

No matter how many celebrities (or, for that matter, the people in your life) might make it seem otherwise, it’s actually not all that difficult to offer an apology. All one has to do upon learning some action of theirs has troubled another in some way is to offer a sincere statement of remorse.

In a separate video post, Hart recounted a call with the Academy in which they apparently pressed him to offer a public apology in order to stay on as host. “I passed on the apology because I’ve addressed this several times,” Hart claimed. He went on to say that “I said where the rights and wrongs were,” noted that he is “in a complete space in my life” and then asked that people go seek out his responses to what he thinks constitutes old news.

And though I do appreciate anyone who has watched enough Supersoul Sunday to decide to make a change for once in their life, Hart doesn’t realize that many of his past responses to this question have consistently been lacking.

As Benjamin Lee wrote in The Guardian, Hart was asked about one of his homophobic jokes in a 2015 Rolling Stone profile and declared: “I wouldn’t tell that joke today, because when I said it, the times weren’t as sensitive as they are now. I think we love to make big deals out of things that aren’t necessarily big deals, because we can.”

In other words, anyone offended by him repeatedly joking that he would hate having a gay son is too sensitive and needs to go find something more serious to worry about. If you have noticed that language sounds eerily similar to what Hart just said on Instagram near the end of 2018, congratulations, you, too, can see through him. Funny enough, a year prior that profile, Hart spoke with veteran journalist Ed Gordon and repeated the line about no longer making anti-gay jokes. "I don't want that problem,” Hart said. “I don't want any enemies."

Yet here we are.

Hours after the disappointing Instagram posts, Hart offered a more considerate apology on Twitter. “I have made the choice to step down from hosting this year’s Oscar’s [sic],” he wrote. “This is because I do not want to be a distraction on a night that should be celebrated by so many amazing talented artists. I sincerely apologize to the LGBTQ community for my insensitive words from my past.”

“I’m sorry that I hurt people,” he added in a separate tweet. “I am evolving and want to continue to do so. My goal is to bring people together not tear us apart.”

If Kevin Hart had said this initially, it may not have satisfied all, but he would have at least said what he needed to say in order to keep his job and not further soil his reputation. That said, Hart’s other tweets suggest he still feels like he is the one has been wronged. Like the tweet quoting Dr. Martin Luther King Jr.’s “The ultimate measure of a man is not where he stands in moments of comfort and convenience, but where he stands at times of challenge and controversy.” As writer and podcaster Ira Madison III explained to Hart after through Twitter, the expanded quote hurts Hart’s ignoble cause, rather than advancing it.

Hart has some allies, though. The likes of Michael Che, Kevin Kline, and comedians such as Michael Blackson, D.L. Hughley, and Andrew Schulz have all voiced their support. Note these are all cisgendered, heterosexual men who are not the target of Hart’s jokes and should probably go sit in time out and try thinking about others for a change. Meanwhile, Nick Cannon has dug up old tweets by white women comedians like Sarah Silverman, Chelsea Handler, and Amy Schumer in which they use the word “fag.” Usually, racial double standards are worth calling out, but as a Black man who happens to be gay, I find the fight for straight Black men to use “faggot” without repercussions to be an utter waste of time.

The Incredibly Racist Roots of Cartoons You Love

In an article published on Friday in the New York Times entitled, “Why We Need to Forgive Kevin Hart," columnist Susan Fowler argued, “In holding people accountable for their old views—even ones they realized were wrong and apologized for—we are setting standards that nobody can meet. We cannot expect to make progress if we do not allow people the chance to grow with us.”

Fowler is correct in theory, but anyone hitching themselves to Hart should use their Google machine before aiding and abetting Hart’s self-serving cause in which he seeks redemption without accepting accountability for his actions. Although I, too, sometimes worry about public figures not being allowed to move on from past mistakes, the greatest concern should always be for the offended, not the offender. And in a period where anti-LGBTQ violence is surging, forgive me if I care less about the comedian who made his own bed versus the people affected by the anti-queer climate he helped create.

Still, Kevin Hart’s past comments about gay people—particularly not having gay children—are not as antiquated as they might seem. Much younger celebrities like Yung Miami of the rap duo City Girls recently found herself entrenched in a similar scandal about old tweets; she apologized only to later double down on her initial stance. (However, before anyone dares try to make homophobia a “Black thing,” need I remind readers that Black people did not invent conversion therapy and instead it’s apparently tech bros pouring money into candidates who vote against banning it.)

Homophobia, transphobia, and queer antagonism all remain widespread and manifests in many forms—including “jokes.” But if we are to dismantle it, everyone must do their part. Kevin Hart has had opportunity after opportunity to do his and he has failed miserably. Now he feigns victimhood over those shortcomings.

As beautiful a virtue forgiveness is, it should only go to those who can be big enough to not only admit when they are wrong and show that they are truly sorry about it.

About The Author
Michael Arceneaux
View Other Articles From Michael
Get The Latest Updates From Esquire!
Subscribe to our newsletter!
Latest Feed
Load More Articles
Esquire Money 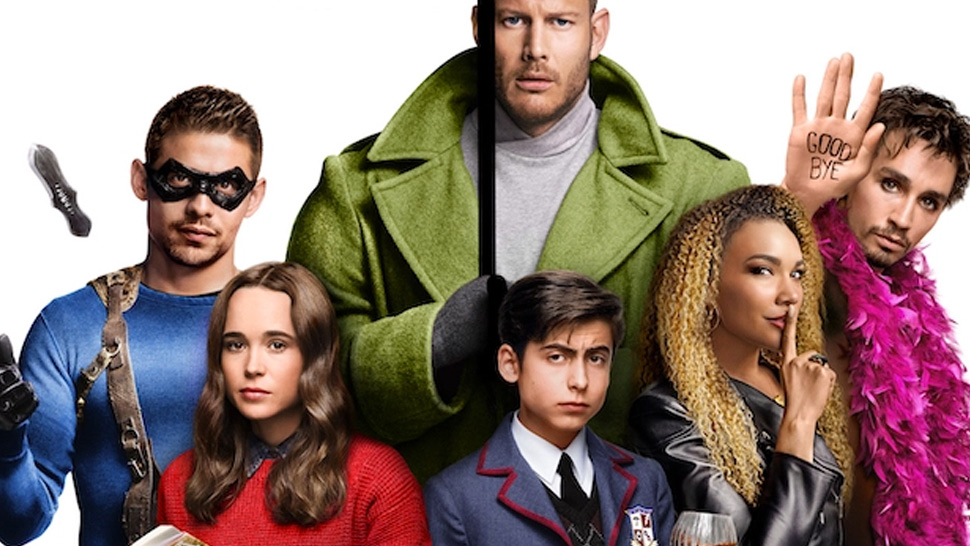