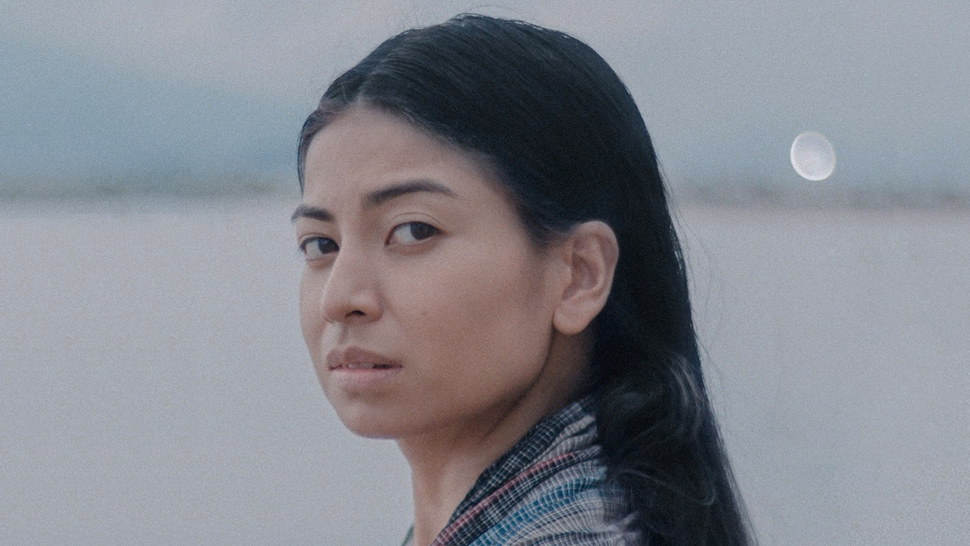 At this year's Cinemalaya—which runs until Sunday, August 12—Kip Oebanda's Liway has been a frontrunner and favorite. It received a standing ovation at its gala night at the Cultural Center of The Philippines, and impressions on Twitter put it way ahead of its pack. And one of the reasons that it has been so impactful is that Liway tells a real story, of a woman whose fight for freedom continues.

Her name is Ma. Cecila Flores-Oebanda. And while she hasn’t gone by the name Liway for decades now—not since the end of Martial Law, anyway—she still finds herself, as ever, leading a struggle. Some thirty years ago, it was the struggle for national democracy, against the Marcos dictatorship. But today, as founder and president of the Voice of the Free (formerly known as the Visayan Forum Foundation), Oebanda leads the fight against human trafficking in the Philippines, dedicated to the welfare of the marginalized and those in the informal sector.

Ma. Cecila Flores—or "Day," as she was called—grew up in Bacolod City, Negros Occidental. She is the second of 12 siblings, who at age of five, would sell fish and scavenge to help out in the family. As she grew older, she became a catechist preaching liberation theology to farmers while helping human rights victims and organizing youth leaders. But eventually, in 1976, a government crackdown would force Day to go underground. Military forces burned down the hut where she lived. She was 16.

It was during this time that she took a nom de guerre and became Commander Liway, leader of a contingent of the New People’s Army in the hinterlands of Southern Negros. At the time, the NPA was full of students, activists, and turncoat soldiers; and it was there that Liway found her place. She also met her husband, Eric, whose nom de guerre was Commander Toto. She would bear her first child, named after his father, before needing to leave him to the care of a relative.

Things came to a head in 1982 when Liway, eight months pregnant with her second child, was captured by the military in Hinoba-an, Negros Occidental. She and her husband spent the next four years detained in Camp Delgado, Iloilo. It was in this detention center that she gave birth to her son, whom she wanted to name "Dakip" as a tribute to her fallen comrades; but upon the refusal of the baptizing priest, was named simply Kip. Later, she would also give birth to a daughter named Malaya. The family remained detainees in Camp Delgado until the end of the EDSA Revolution, when they were released along with other dissidents.

The story Commander Liway ends here, but the story of Ma. Cecila Flores-Oebanda continues. She would give birth to another daughter, Ani, shortly after EDSA. Then in 1991, a powerful storm hit the city of Ormoc, resulting in flash floods, landslides, and devastation. Flores-Oebanda tapped her circle of contacts and formed The Visayan Forum as a means to provide relief to the people of Ormoc.

Eventually, the Visayan Forum would expand to deal with cases of exploitation against women and children, and their good work would even attract international attention. It would then become one of the leading non-government organizations in the fight against human trafficking and exploitation in the Philippines, extending help to over 87,000 women and children by 2012. There were roadblocks, of course: The Visayan Forum was briefly embroiled in fraud allegations, before being cleared of all charges in 2016.

Today the Visayan Forum has been renamed Voice of the Free, and continues to work with over 200 local and international groups, NGOs, government agencies, and private institutions to fight human trafficking. They have a national office in Metro Manila with sites all over the country to provide shelter and aid to those in need.

Day, for her part, still continues the struggle. She remains active as the president of Voice of the Free, and as a member of the Inter-Agency Council Against Trafficking. Long after their early lives in Camp Delgado, her son Kip is now a celebrated filmmaker, whose entry to Cinemalaya 2018 is a touching tribute to his mother.

To learn more about Voice of The Free, visit their official website.

Ryan Reynolds Had to Cut His Favorite Joke From Deadpool 2