They're not big fans of good, clean dirt, it seems.

Sex. People have it! Yet for some reason, Hollywood still has a "protect our innocent eyeballs" attitude when it comes to graphic intimacy in movies—hence the existence of the NC-17 rating in the States. Forget about the MTRCB.

In the U.S., when the sex is too hot to handle, that's when not even an R ("Under 17 requires accompanying parent or adult guardian") rating will suffice. Here are some notable NC-17 movies:

1| The Dreamers
This 2003 romantic drama put Eva Green on the map, and featured lots of sex—some of it sexy, and some of it downright weird considering the film is about a brother and sister's intimate relationship with their mutual friend.

Either way, sex earned it an NC-17 rating—which is normally considered a death sentence at the office, but made this particular film all the more tempting.

2| Eyes Wide Shut
This movie ended up being released with an R rating, but only after being edited down. Meaning that yep, it was originally slapped with NC-17 thanks to plentiful and graphic sex. FYI, the Blu-ray release of the film features the unedited original version, if you want to check it out.

3| Blue Valentine
Like Eyes Wide Shut, Blue Valentine was originally rated NC-17, but got its rating down to an R upon appeal. The scene in question involves Ryan Gosling's character giving Michelle Williams' character oral sex, and he was less than thrilled about the rating.

"There's plenty of oral sex scenes in a lot of movies, where it's a man receiving it from a woman—and they're R-rated. Ours is reversed and somehow it's perceived as pornographic," he said in an interview.

"Black Swan has an oral scene between two women and that's an R rating, but ours is between a husband and his wife and that's NC-17?"

4| Showgirls
If you've somehow lived this long without seeing the infamous pool sex scene in Showgirls, you should probably stop everything and catch up on this monumentally iconic pop cultural moment.

That particular scene is just one of the many reasons Showgirls was given an NC-17 rating, and it's...a lot.

7| Shame
The reason for Shame's NC-17 rating should be pretty obvious: it's about a man (played by Michael Fassbender) who has a sex/masturbation addiction. As you might expect, the movie features explicit scenes of intimacy, as well as Fassbender completely naked.

8| In the Realm of the Senses
In the Realm of the Senses tells the story of Japanese Geisha Sada Abe, who's said to have killed her lover, and then cut off his penis and testicles, and carried them around with her in her kimono. The film features unsimulated sex (meaning, the actors actually did it), and was originally banned in the United States.

9| Blue Is the Warmest Color
This film is a coming of age story that chronicles a lesbian relationship, and features graphic sex scenes that earned it an NC-17 rating—despite the fact that they used molds of genitalia instead of the real thing.

"We had fake pussies on," actress Léa Seydoux said of filming the scenes. "You have something to protect and tape it under. I don't make love on screen. We can fake these things, you can't fake feelings, but you can fake body language."

About The Author
Mehera Bonner
Brooklyn-dwelling Entertainment editor with a love for Twin Peaks, 90s teen romances, and movies about summer. Team Dean, tbh.
View Other Articles From Mehera
Get The Latest Updates From Esquire!
Subscribe to our newsletter!
Comments
Esquire Money 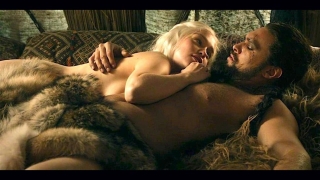 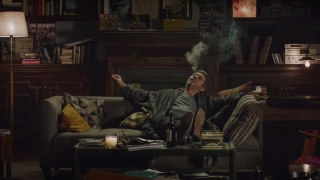