Luke Cage S2 is Actually Better When It Drags

As with everything in the Marvel Netflix universe, the pace is sometimes uneven. 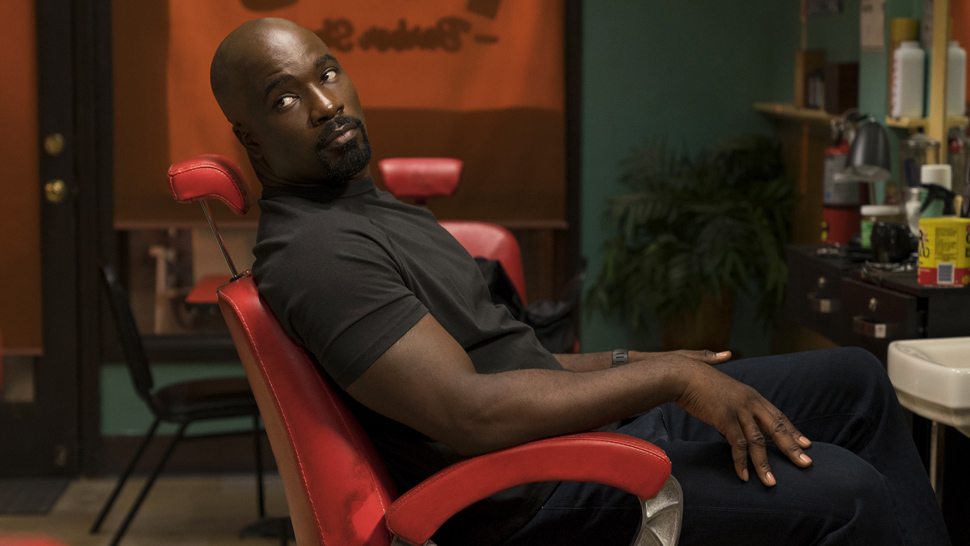 The Marvel Netflix universe has been a mixed bag of hits and misses, with most sophomore outings coming out swinging and losing steam midway through the series. Luke Cage, the Defenders’ burly, bulletproof brawler, returns in a second season that finds him in the middle of a gang war in Harlem. Like most Marvel Netflix series, this season suffers from protracted storytelling but makes up for it by delivering solid character building moments. It’s actually in these drawn out, conversation scenes that Luke Cage shines.

Cage, played by Mike Colter, has gone public with his powers and identity—fallout from the events of last season. When asked why he doesn’t just go around wearing a mask like his friend Daredevil, Cage answers, “I’m a six foot tall black man with a hood,” and that it wouldn’t take a genius to figure out his identity, anyway. It’s a fair point, and the series tackles the issue head on with a meta commentary on branding and social media.

There are Luke Cage-branded shirts—i wouldn’t mind getting the ochre one with chains—and an app called Harlem’s Hero that’s “like Waze for (Luke Cage)”. It’s a contemporary exploration of what it would be like to be a super powered celebrity in today’s world. The straight-and-narrow Cage is a reluctant hero who can’t manage to make ends meet, and is even helped by his smooth friend Bobby Fish (Ron Cephas Jones) get in touch with reps from Nike. This lighthearted tone is deceptive, because the series takes a turn for the grim as it wears on.

Alfre Woodard returns to plague Cage as Mariah Stokes Dillard, risen to the top of the Harlem underground food chain with the help of her new paramour Hernan "Shades" Alvarez, played by Theo Rossi, who delivers an absolutely terrific performance as one of the better villains in the Marvel Netflix universe. It’s Shades' wonderfully layered character that helps make season 2 rise above its predecessor. His unusual pairing with Mariah and his deep friendship with fellow ex-con Comanche (Thomas Q Jones) add facets to the story that make thirteen episodes almost justifiable. I say almost because there are still points in the season where it feels like the story is drawn out unnecessarily.

When a man’s power comes from his fists and bulletproof skin, there’s only one, natural way to use them, and it’s necessarily violent. 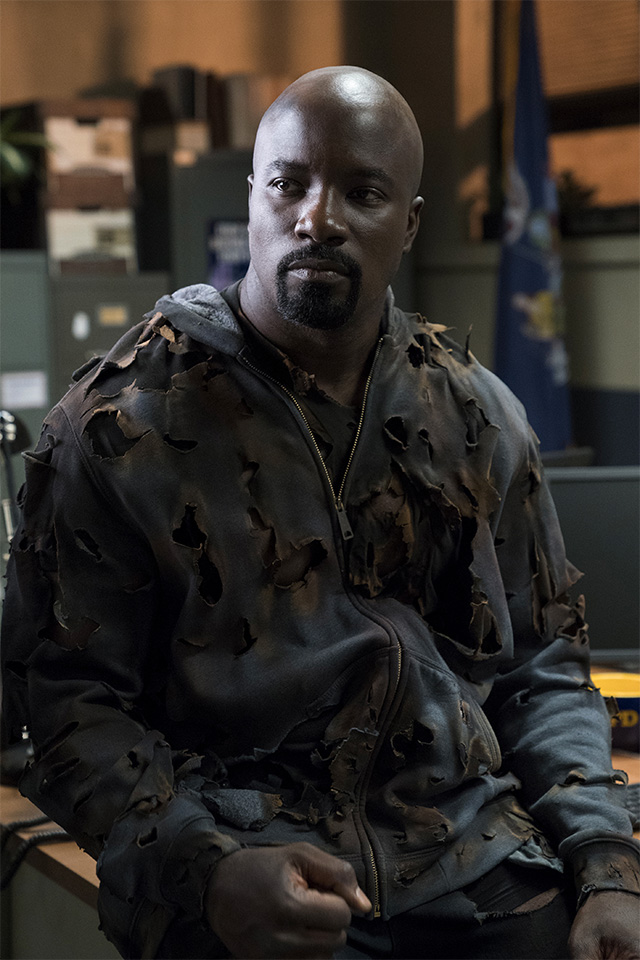 The new season also brings in a new villain, the obeah-powered Jamaican capoeirista John McIver (Mustafa Shakir) aka Bushmaster, who has come to Harlem to settle an old family grudge. Luke Cage isn’t even his enemy; he is merely a bump in the road on the way to retribution. Bushmaster uses social media to his advantage in order to flex his superiority over Harlem’s hero, and it’s a sucker punch of an approach that floors Cage, who’s come back even stronger this time around. The Judas bullet that nearly killed him last season no longer does the job. Cage has no kryptonite.

Luke Cage is an example of the idealized black man, edified and upstanding, strong and sexy, good-mannered and proper. He still puts money in Pop’s swear jar and his signature line is still the anachronistically odd "Sweet Christmas" (there’s merchandise for that, too!). Cage is still finding his place, trying to stem the tide of criminality on the streets. When a man’s power comes from his fists and bulletproof skin, there’s only one, natural way to use them—and it’s necessarily violent.

Righteous violence and anger is the easiest path to solving problems, but it isn’t necessarily the right one. As Mariah put it, Luke Cage thinks he can change Harlem, but ultimately, it will change him. As much as audiences have grown to hate her, she’s right. Mariah Stokes Dillard, AKA Black Mariah, states some of the series’ harshest truths, including a telling boast about how black excellence tends to shield a person from criticism and absolves wrongdoing. This contrasts with the Everyman black man, who still suffers from discrimination at every turn.

Luke Cage doesn’t deal with racism overtly, but instead picks at the ugly scabs of what it means to be black in America. Domestic violence is a bloody thread woven into the tapestry that showrunner Cheo Hodari Coker has laid out, and it’s hard not to feel justified when anger is directed towards the abuser. But ,

As [Black] Mariah put it, Luke Cage thinks he can change Harlem, but ultimately, it will change him. 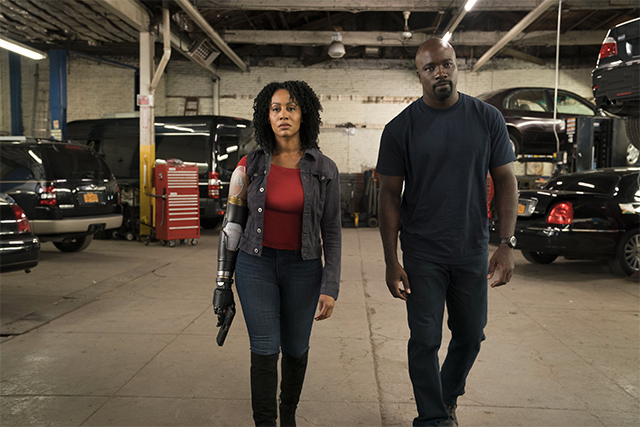 Luke Cage demonstrates that violence is a currency that can only buy pain and suffering, an indictment of all the people in power who use such tactics ostensibly to do what’s right. There’s no shortage of men who strut with frightening machismo. Even Cage, struggling to contain his rage, yells “I’m a man!,” at his girlfriend, the night nurse Claire Temple (Rosario Dawson), as though it were the only recourse. Cage is still smooth, but the series sees him change in a way that sets us up for the promise of a darker third season.

What helps make Cage a better second season is that it builds upon Marvel Netflix’s past rather than denies it. Whereas Jessica Jones season 2 bafflingly shunned any references to the rest of the Marvel universe, some of Luke Cage’s best moments are when he teams up with Danny Rand (Finn Jones), his classic pairing from the comics, and it’s a treat for fans when the phrase “Power Man and Iron Fist” are uttered. (Rand, the Immortal Iron Fist, is at his least annoying here, and it’s actually delightful to see him fight along Cage. Yes, Finn Jones is still as awkwardly soft and utterly unconvincing as a kung fu master, but there’s a kind of buddy-cop chemistry at work here. Maybe that's something Netflix can explore to give us a series that’s lighter in tone as a salve for all the heavy themes that Marvel Netflix heroes tackle.)

Rand’s girlfriend, Colleen Wing (Jessica Henwick), also makes a guest appearance. Partnered in the comics with Detective Mercedes “Misty” Knight (Simone Missick), seeing the two knock back some drinks and knock some heads together is one of the series’ lighter moments. Wing helps Knight deal with the trauma of losing her right arm, which was a big part of her identity. But losing a part of you—in Knight’s case quite literally—can also lead to finding your core.

Luke Cage demonstrates that violence is a currency that can only buy pain and suffering, an indictment of all the people in power who use such tactics ostensibly to do what’s right.

Knight is the series’ moral anchor. Even as she succumbs to the temptation of doing the wrong thing for all the right reasons, she quickly course-corrects and shows us that there’s a better way. The show is all about identity, in the power of names, and as Luke Cage struggles to find his brand, his enemies already know what to do with theirs. Bushmaster’s refusal to call Mariah a Dillard ultimately becomes Mariah’s refrain. Some people run from their past, others embrace it. As Black Mariah pours all her efforts into turning legit, the blood-stained Stokes name remains—sometimes, there’s just nowhere to go but down.

Luke Cage unabashedly pads thirteen episodes with fluff, but it’s always a treat when every chapter sets the action against a diegetic musical performance. (You have to wonder, too, what kind of dough Harlem’s Paradise rakes in when it can summon heavy hitters like Ghostface Killah, Gary Clark, Jr., or Faith Evans nightly. Definitely mob money.) The action scenes are still aided with the electricity of Wu-Tang Clan, but it’s the moments with funk, reggae, rhythm and blues, and jazz that the show’s soul truly shines and helps through the tedium of an unnecessarily long season.

Season 2 is better than the first, but is still plagued by the same unevenness and drawn out storytelling that’s become the hallmark of Marvel Netflix shows. Luke Cage explores themes of identity, violence, family and even touches upon homosexuality, in a music-laden stew of a show that promises a dark turn for third season.

Luke Cage is streaming all episodes now on Netflix. 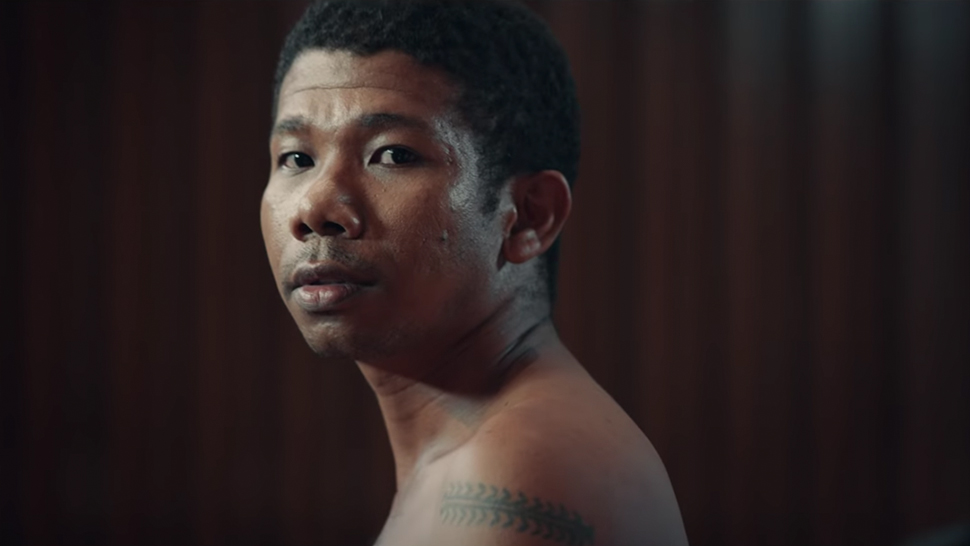 Safeguard Made a Mini-Movie Out of the Life of Norman King, First Aeta UP Grad 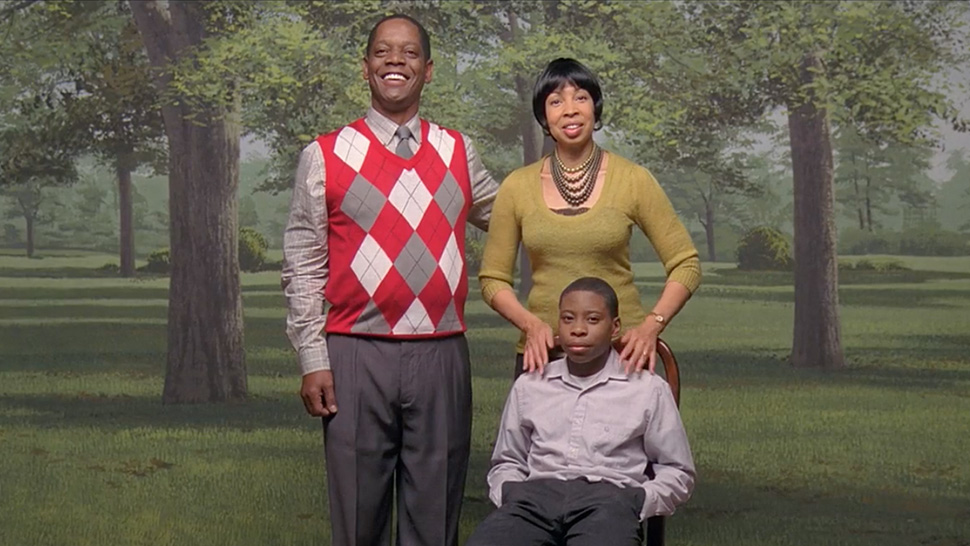 Ahead of 'Hereditary', Watch This Seriously F*cked Up Short Film by The Same Director
All Photos
Comments
View As List