It stars Jonah Hill and Emma Stone, in roles that go far beyond 'Superbad'.

We’re starting to consume media differently. There’s no better metaphor for this change than Netflix’s shift from simple broadcasting service to hohol/momol enabler to the next big media conglomerate.

The online streaming platform is fast becoming known for quality offerings (setting aside Sierra Burgess is a Loser), and they know it. Netflix’s newest offer is Maniac, a ten-episode series starring Superbad co-stars Jonah Hill and Emma Stone. And, just like any company that goes through an extensive research process prior to a product release, Netflix got us hooked on Maniac by keeping it all hush-hush.

Maniac’s trailers honed in on Hill and Stone’s bankability. One teaser managed to be both maximalist and minimalist at the same time: Hill and Stone sit face-to-face while Justin Theroux’s croons “The mind can be solved,” at which point the clip shifts into multiple shots of Hill and Stone just….sitting there and looking at each other. The bottom line is that you know very little coming in.

You know even less after the first episode. The show is based in some kind of futuristic New York, but why is there so much shit about Japan? Why are people still using computers straight out of an 80’s catalog?

The show, directed by Beast of No Nation’s Cary Fukunaga, is a weird mix of retro sci-fi and highly futuristic plot elements. Maniac exists in a world where stick-shift cars seem to be the only ones that people drive, but you could very well spend an afternoon playing chess at Washington Square Park against a sentient Muppet koala.

Hill and Stone play Owen Milgram and Annie Landsberg, respectively, two participants undergoing trials for a drug that’s meant to remove all mental trauma. Owen is a quiet, neurotic businessman who’s convinced that he has to save the world (although in reality he’s a psychotic who has secretly been skipping his meds) while she is a junkie who sneaks into the trial to curb her addiction.

In many ways, there’s the impetus to finish the show as fast as possible. Much of the series unfolds within the minds of Owen and Annie, as the medical trials lead them to hallucinate and enter various alternate realities. The duo hop from being a suburban couple to criminal masterminds to an elf (Annie) and the son of a mafia lord (Owen), hopping in and out of consciousness. The end goal is for Owen and Annie to be cured of their mental illnesses, with each alternate world connecting to some part of Owen and Annie’s psyche. Both characters keep inhabiting the same worlds together, inexplicably linked despite the researchers’ efforts to keep them apart. Maniac never fully fleshes out how Owen and Annie become linked in the first place, but it’s a detail that’s easy to forget with everything else the show throws at you.

Seeing where they end up next is what makes you sit down—you stay seated in the hopes that someone will finally explain what the hell is going on, so you're hooked despite the randomness of the settings from one episode to another.

The show chugs along at a constant momentum, the colorful visuals and artful shots giving you a reason to keep going. Plus, it’s fun to see just how many characters Hill and Stone can inhabit; both prove to be extremely versatile actors, growing past the roles in Superbad that first put them on our radar. 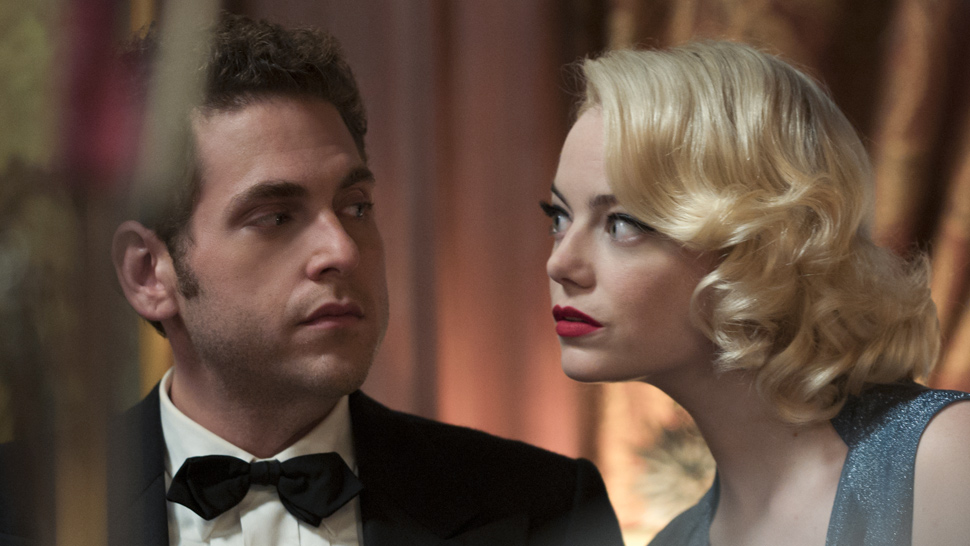 We still know very little about Owen Milgram’s (Hill) psychosis by the third episode, and yet here we’re thrust into an alternate universe where Hill and Stone try to steal a lemur. There’s a lot of symbolism, visual and otherwise, that gets lost on the first pass.

People have commented on the show’s similarities to 2001: A Space Odyssey and Blade Runner in terms of its flashy, colorful aesthetics, but the plot is reminiscent of Christopher Nolan’s Inception. Different realities are layered on top of another, and each detail—some heavy-handed, some almost imperceptible—seem purposeful.

It’s the details that tie these disparate universes together. Annie picks up Don Quixote in the very first episode and Cervantes reference are sprinkled around episode five, but Annie’s connection to the book is only revealed much later.

Both Inception and Maniac—coincidentally?—are about an exploration into the mind, and what happens when reality and the subconscious blend together. This kind of exploration lends itself naturally to kooky details and piecemeal reveals: anything goes in the realm of the subconscious.

But the problem with trying to map out the subconscious is that the map can begin looking more and more complex itself. Outside of Annie and Owen, there’s a computer that’s in mourning, a lead scientist with severe mommy issues, and other, less cerebral plot elements like a sexual assault trial. It’s a lot to fit into a ‘limited series’.

Maniac asks a lot from its viewers. There’s no news as to whether the show will succumb to the pressure of starting a second season, but we’re left with a lot to mull over in the meantime. While the onscreen chemistry and acting chops of Hill and Stone make the show easy to get hooked on, the sensory overload and intricate placement of the smallest details makes it a show worth rewatching.

At This Year's QCinema, 6 LGBTQ Films From Around the World