From the BTK killer to the Atlanta Child Murders and Charles Manson.

Prepare your psychological defenses and take that elevator all the way down to the basement, because after a monstrously long hiatus Mindhunter is finally returning on Netflix this Friday (August 16). Picking up directly after the season one finale, the nine-episode second season will see FBI agents Holden Ford (Jonathan Groff) and Bill Tench (Holt McCallany) continue their pioneering investigation into the minds of serial killers, working with academic Dr Wendy Carr (Anna Torv) to develop the science of criminal profiling.

While the first season featured its share of well-known murderers, including Richard Speck and Ed Kemper, season two will see Ford and Tench confront some of the most notorious criminals in American history. Ever since the earliest episodes of the show, Charles Manson and David "Son of Sam" Berkowitz have been at the top of the Behavioral Science Unit's interview wish list, and season two will feature interviews with both. Several episodes of the new season will also take place in Atlanta, where Ford is drawn into the most complex and politically fraught case of his career— while still recovering from his mental breakdown in the season one finale. What could go wrong?

Here are the five true stories you'll want to brush up on ahead of bingeing Season Two this weekend.

The third episode of Season Two will introduce what may be the most contentious case Mindhunter has tackled yet. Ford travels to Atlanta to interview two new subjects, William Pierce Jr and William Henry Hance, and ends up being drawn into a completely separate local series of unsolved murders. Though now widely known as the Atlanta Child Murders, at the time the case had received little to no attention from press or federal law enforcement.

We've known for a while that season two of Mindhunter would delve into this case, ever since Mindhunter executive producer and director David Fincher revealed as much on KCRW’s “The Treatment” podcast. Between 1979 and 1981, at least two dozen children were murdered in Atlanta, Georgia—all of them black, and most of them male—along with six adults. In 1982, Wayne Williams was convicted of the murders of two of the adult victims, and is now serving two life sentences. Though neither Williams nor anyone else was ever charged with the murders of the children, Atlanta police concluded that there was enough evidence to tie him to 20 of the child murders.

In real life, FBI agent John Douglas (on whom Ford is loosely based) came under fire for his involvement in the Atlanta case. Following Williams' arrest, Douglas gave a statement to a reporter in which he appeared to implicate Williams in several more of the murders. Here's how Douglas recounts that moment in his book, Mindhunter: Inside The FBI's Elite Serial Crime Unit:

I gave some of the background on the case and our involvement with it and how we had come up with the profile. I said he fit the profile and added carefully that if it did turn out to be him, I thought he "looked pretty good for a good percentage of the killings."

Douglas goes on to recount how his statement was taken out of context in many news outlets, including the Atlanta Constitution which ran with the headline: "FBI Man: Williams May Have Slain Many". He came under fire for implicating Williams, and was disciplined and ultimately censured by the FBI:

Back at headquarters, the shit was hitting the fan. It looked like an FBI agent intimately involved with the case had declared Wayne Williams guilty without a trial.

Though Mindhunter's protagonists are only loosely based on their real-life counterparts, it feels likely that Holden—who's been depicted as both wildly cocky and somewhat unstable—will make exactly the same mistake on screen.

This particular killer needs no introduction, and not only because the actor playing him in Mindhunter, Damon Herriman, has already played him on the big screenthis summer in Quentin Tarantino's Once Upon A Time... in Hollywood. Ford, a self-confessed serial killer fanboy, has been chomping at the bit to interview Manson ever since the Mindhunter pilot, and the first trailer for Season Two confirmed that he's finally getting his wish. We don't know much about how Manson will figure into the narrative of Season Two, or whether his interview will be tied to an active case, but here's how Douglas describes the interaction:

My first impression of Manson was just about diametrically opposite from what I had of Ed Kemper. He had wild, alert eyes and an unsettling, kinetic quality to the way he moved. He was much smaller and slighter than I'd imagined; no more than five two or five three. How did this weak-looking little guy exert such influence over his notorious "family"? One answer came right away when he climbed onto the back of a chair positioned at the head of the table, so he could look down on us as he talked.

Without spoiling anything further, it's probably safe to assume that Ford and Tench will begin to understand, during the interview, exactly how Manson worked his spell on his followers.

The long hunt for the BTK killer

Almost every episode of season one began with a brief glimpse of a mustachioed man in Kansas, conducting tasks that ranged from mundane (going to work at ADT Security) to vaguely threatening (practicing knots) to outright sinister (throwing crude illustrations of nude, bound women into a fire). Though the character—played by actor Sonny Valicenti—is never named, fans quickly deduced that he was Dennis Rader. Better known as "the BTK Killer" (that acronym is for Bind, Torture, Kill), Rader was at large for several decades, and murdered ten people between the years of 1974 and 1991. It wasn't until 2005, more than ten years after his final killing, that Rader was finally captured.

Season two picks up in the late 1970s, and Valicenti is expected to return—possibly in a more prominent role than before. In the first season, the BTK scenes had no connection to the central plot of the show at all, but in season two, there are strong hints to suggest that Ford and Tench may be actively trying to assist Kansas law enforcement in the hunt for BTK. The major hint? The fact that they're speaking to Berkowitz. More on that below...

The second episode of Season Two will center on Ford and Tench's interview with Berkowitz at New York's Attica Correctional Facility. The first season of Mindhunterpicks up very soon after Berkowitz's arrest in August of 1977, following his weeks-long reign of terror in New York City which left six people dead and seven wounded. Berkowitz, who primarily targeted couples and shot his victims through their car windows, initially claimed that he had only killed because a demonically possessed dog told him to do so. In the book Mindhunter, Douglas describes how he and Robert Ressler (Tench's real-life counterpart) skewered Berkowitz's outlandish claims:

The reason Berkowitz opened up to us, I believe, was because of the extensive homework we'd done on the case. Early on in the interview, we came to the topic of this three-thousand-year-old dog that made him do it. The psychiatric community had accepted the story as gospel and thought it explained his motivation. But I knew that that story hadn't actually emerged until after his arrest. It was his way out. So when he started spouting about the dog, I said simply, "Hey, David, knock off the bullshit. The dog had nothing to do with it." He laughed and nodded and admitted I was right.

Douglas and Ressler also discussed the BTK case with Berkowitz when they interviewed him, and specifically the fact that BTK seemed to be modeling himself after Berkowitz. Here's how Douglas describes the interaction:

I hold up the New York Daily News, then pass it across the table to him as I say, "David, a hundred years from now no one is going to remember Bob Ressler or John Douglas, but they will remember the Son of Sam. In fact, right now there's a case in Wichita, Kansas, a guy who's killed about half a dozen women and calling himself the BTK Strangler. That's 'bind, torture, kill.' And you know, he's writing letters and he's talking about you in those letters... He wants to be like you because you have this power. I wouldn't even be surprised if he writes you a letter in jail here."

Most of the interview scenes in the show are at least broadly based on Douglas's description of the real conversation, so it's likely that BTK will come up. It's also possible that the reason Ford and Tench interview Berkowitz to try and glean some insights that will help them catch BTK, applying their research findings to an active investigation just like with the Atlanta case.

One of the season two trailer's most intriguing moments shows a glazed-eyed Holden Ford in a hospital bed, looking sickly and scared. For anyone familiar with Douglas's real-life story, this shot recalls an incident in 1983 where he was hospitalized, diagnosed with viral encephalitis and "hovered in a coma between life and death" for days, while his family and colleagues were told to prepare for the worst. Here's Douglas describing the moment he was found by his fellow agents:

When they broke through the locked, bolted and chained door to my hotel room and found me unconscious and convulsing on the floor, I was near death from the fever that was raging through my brain.

But the timeline doesn't quite add up here: Douglas was hospitalized in 1983 while working on the Green River Killer case in Washington, while season two is still in the late 1970s. And with just eight episodes in the season, it doesn't seem like there's enough narrative space for Holden to be in a coma for an episode or two. More likely, he's admitted at the California Medical Facility following his panic attack in the final moments of Season One, after Ed Kemper (Cameron Britton) gave him the most unsettling hug of all time. 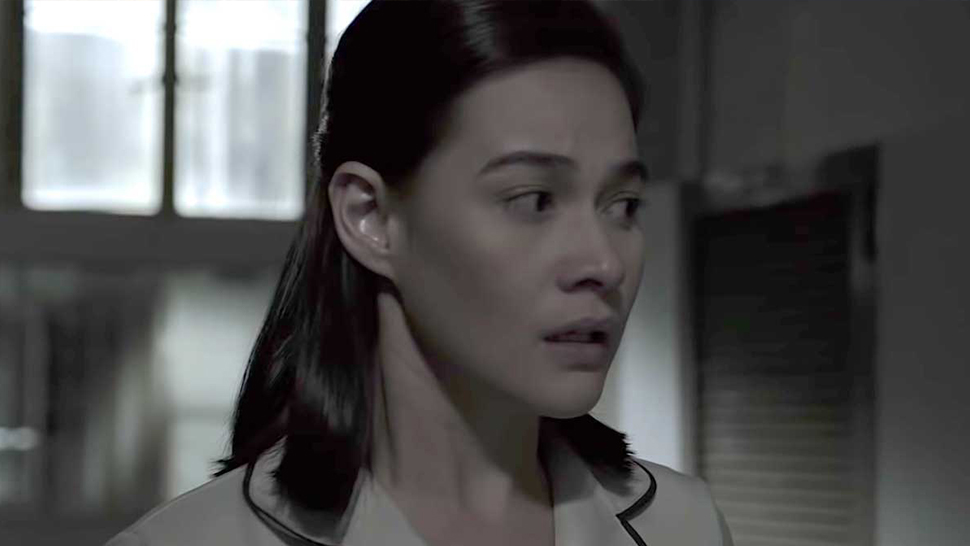