Jared Leto will star in the vampiric Spider-Man spin-off

Following the box office success of Tom Hardy's Venom, Sony is moving full steam ahead with another Spider-Man spin-off: Morbius, The Living Vampire.

Filming started in March, and leaks are only just starting to trickle out of the set. Here's everything we've gathered about the Marvel anti-hero's standalone film so far...

The Character Has A Pretty Sad Origin Story

Morbius started life in The Amazing Spider-Man #101 in 1971 (the same year the Comic Code Authority lifted a ban on vampires and other supernatural characters), as an acclaimed, Nobel Prize-winning biologist with a disfigured face caused by a rare blood condition. He eventually finds out that the illness will kill him, and scrambles to find a cure involving electric shock therapy and a vampire bat. You can see where this is going.

Alongside his assistant Niko and fiancée Martine Bancroft, Dr. Morbius takes a yacht out to sea and performs the untested experiment. It saves his life, but there’s a niggly side-effect to the treatment: Morbius is now a blood-thirsty vampire. He immediately feeds on his lab assistant and, realizing that his insatiable appetite for the red stuff will surely lead him to dine on his fiancé, tries to kill himself by jumping into the water.

His survival instincts bring him gasping to the surface, and he spends the next 50-odd years of his life as an anti-hero in a state of constant moral conflict, trying to perform noble and courageous acts as he fends away the ravenous bloodlust that consumes his every waking hour. 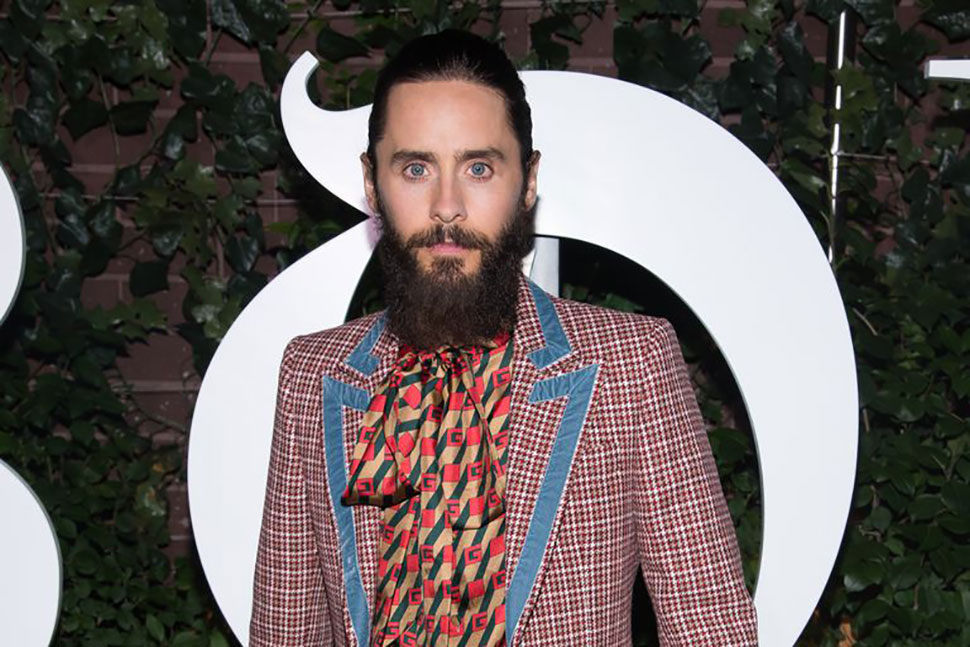 The actor has been posting sneak peeks of the character over the past few months. Here he is on set, topless, for reasons that we're sure are integral to the film’s plot.

In early March, Leto posted this video of Morbius, in human form, being very, very irritating during rush hour.

And before that, to mark the first week of filming, Leto teased an image of Morbius hidden behind a clapperboard.

Leto has made a habit of playing conflicted comic book villains, following his role as the Joker in Suicide Squad. It’s not yet know whether he will return for the sequel, or get that much-touted standalone film. 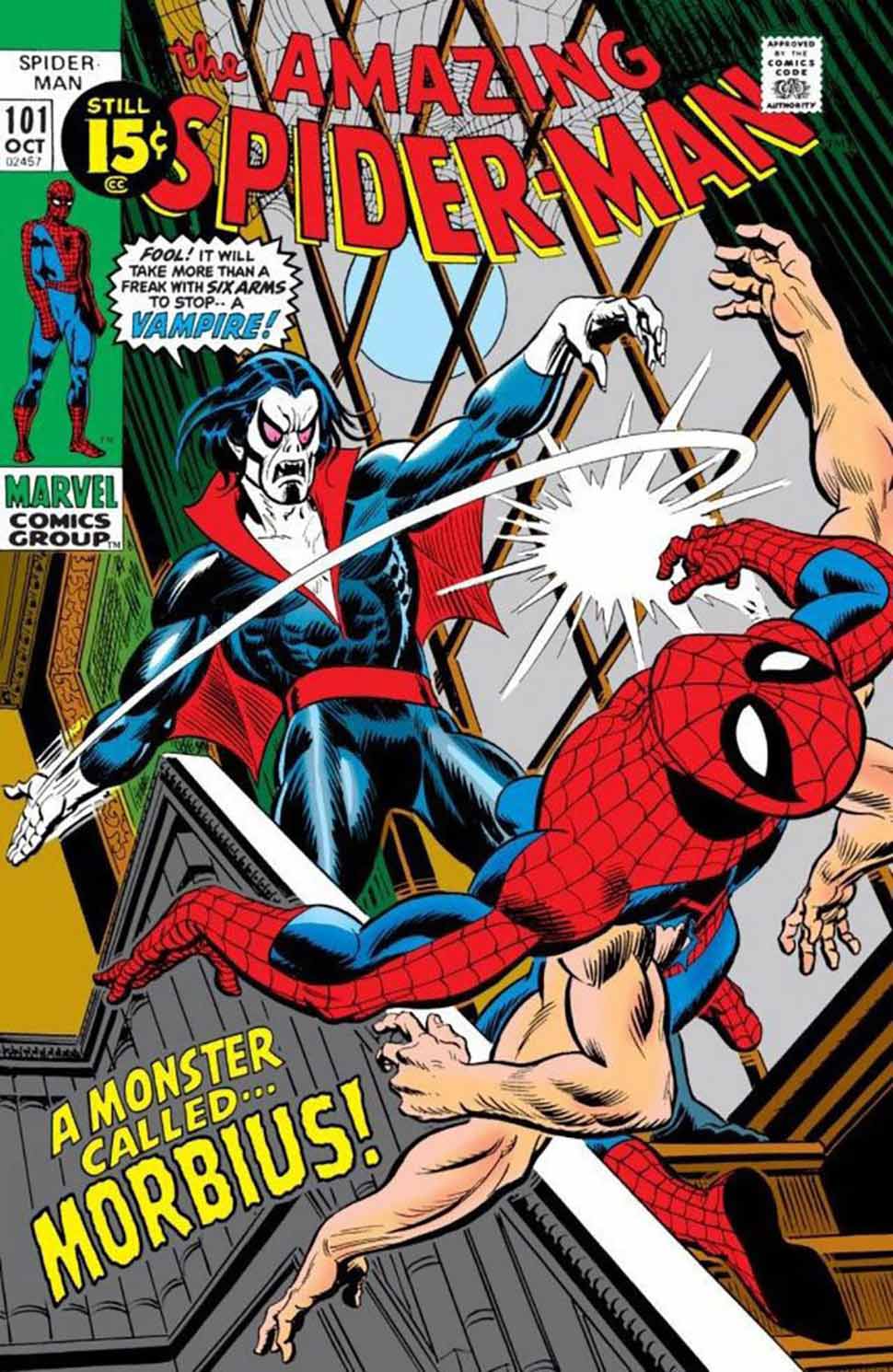 He Isn’t Technically A Vampire

He’s a 'living vampire'. Sure, he possesses a lot of the hallmarks – fangs, popped collar, bloodlust – but he isn’t an invincible member of the undead, and has nothing to fear from crosses or garlic. His skin is sensitive to the sun, but it's nothing a bottle of factor 50 can’t sort out.

He does possess some supernatural powers, though. He can, for all intents and purposes, fly (though the comics refer to it as gliding.) He can heal pretty quickly, move quickly and packs a punch. He even got bang into hypnotism in the 90s.

It's not yet known what powers Jared Leto's take on the character will inheret. 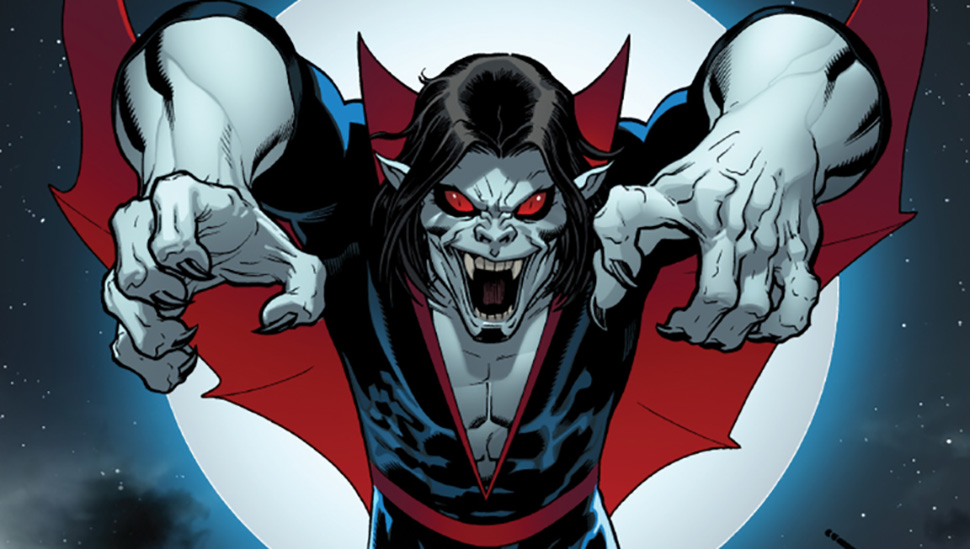 The actor shaved off his impressive beard for the role, but didn’t take the opportunity to replicate the the Living Vampire’s horrendous flavor savor. Oh well.

It Could Exist In The Venom Universe

That’s just a rumor at this stage, but one thing’s for certain: it will be completely separate from Tom Holland’s Spider-Man films. It's not known whether the Tom Hardy's will make a cameo as Venom in Morbius, but the character is definitely set to return in his own sequel.

The Weeknd, SZA, and Travis Scott Are Reportedly Making a Song for Game of Thrones Season Eight
All Photos
Comments
View As List