15 of the Most Scandalous Movies of All Time

Avert your eyes if you're easily offended

Cinema is meant to be challenging. But some movies caused such a stink that they inspired complaints and protests and got themselves banned around the globe.

These are the 15 most notoriously controversial movies of all time—films that'll still raise an eyebrow now. How many have you seen—and how offended were you?

Where do we begin with DW Griffith's infamous magnum opus? It portrayed black people (many played by white actors in blackface) as violent brutes and the Ku Klux Klan as heroes, and is believed to have been responsible for a resurgence of the real KKK, as well as inciting violent attacks against people of color.

The National Association for the Advancement of Colored People protested the movie, which led to it being banned in a few places, but didn't prevent it from also becoming a runaway success in the US. Today, it is remembered as a technical masterpiece...and an appalling work of racist propaganda.

The ultra-violence flick attracted the ire of censors, including the The National Catholic Office for Motion Pictures, whose 'C' rating for 'Condemned by the Legion of Decency' meant that American Catholics were strictly forbidden from seeing the film. 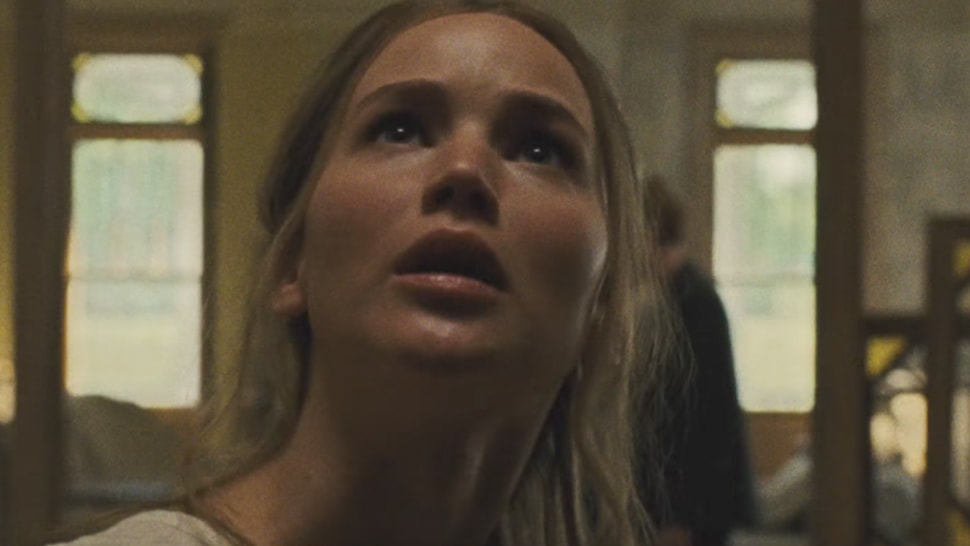 Critics (mostly) liked it while audiences (mostly) hated it, with the opening weekend crowd awarding Darren Aronofsky's intense horror an F rating. The controversy mainly springs from the levels of abuse that Jennifer Lawrence's 'mother' (aka mother earth) is subjected to, along with the fact that the film portrays God (Javier Bardem) as kind of a dick.

Other people just thought the religious allegory was a bit adolescent and heavy handed. After a disappointing opening at the box office, Paramount decided to embrace the furore, with Aronofsky himself tweeting a poster branding the film 'the most controversial movie in decades'—a poster which was itself pretty darn controversial.

Something about this sexually explicit, violent film, which explores religious themes and features national treasure Vanessa Redgrave as a hunchback abbess shouting "Cock!", really got people's backs up in the '70s. The naked, fornicating nuns probably didn't help.

Accusations of blasphemy meant that director Ken Russell's uncompromising historical movie was subject to cuts wherever it was released. Some of the original material was restored after film critic Mark Kermode discovered the deleted scenes. The new version has been screened, but never given a wide release. 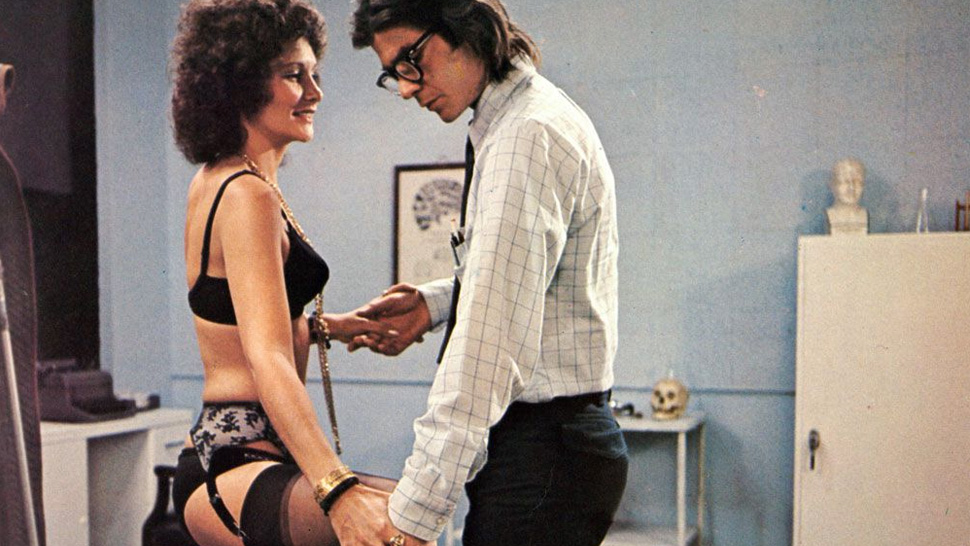 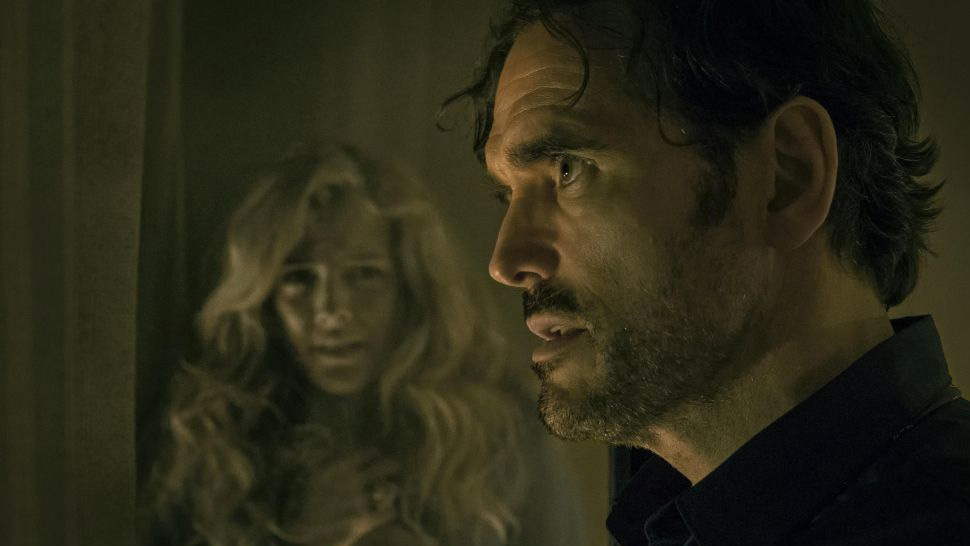 Cannes 2018, the first time he'd been allowed to return in 7 years, kind of topped the lot though. His serial killer movie The House The Jack Built, starring Matt Dillon,featured the brutal murder and dismemberment of several women, the execution of two kids and a really nasty scene involving the mutilation of a little yellow duckling. Reports suggest around 100 people walked out of the premiere. 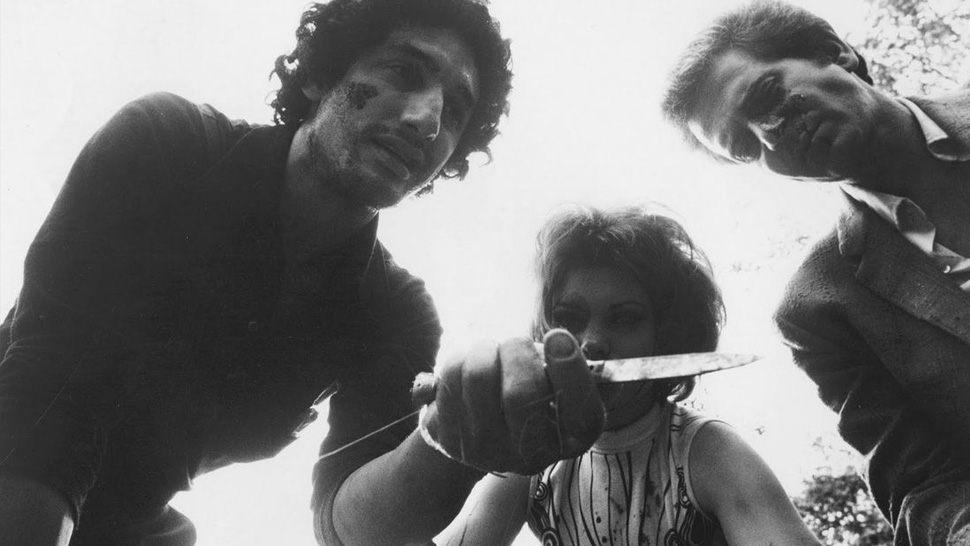 Horror legend Wes Craven's unapologetically sleazy film about two girls tortured and raped in the woods by a gang of thugs was controversial, especially in the UK.

Firstly, it was refused a certificate by the BBFC, pre-empting the moral panic around films like The Texas Chain Saw Massacre and I Spit on Your Grave. In 1984, it made the infamous 'video nasties' list, and was banned in the UK for the next 20 years. It's still considered one of the first and most powerful of the extreme post-Vietnam horrors that changed the face of the genre forever. 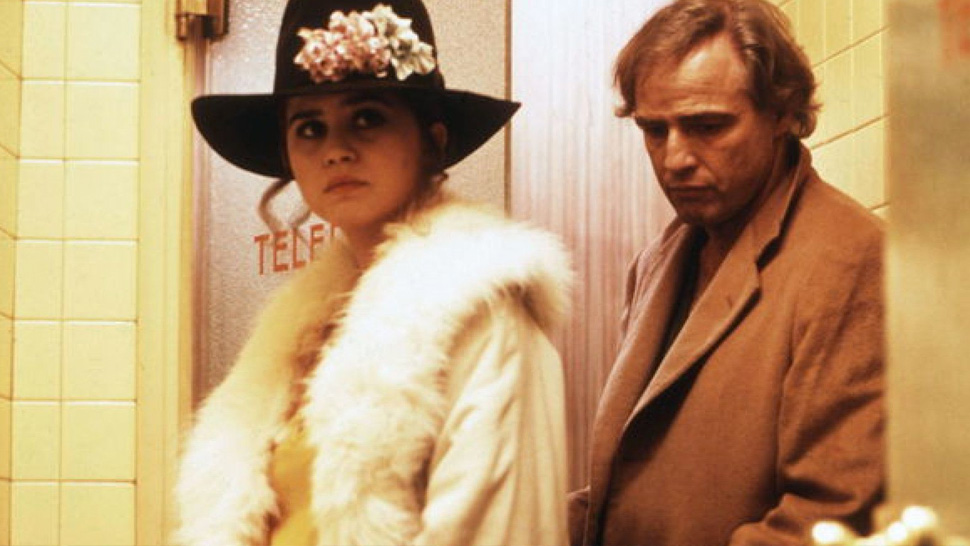 At the time, audiences and critics were shocked by the sexualised violence, and more recently this was compounded when lead actress Maria Schneider revealed that the butter element was not in the script or disclosed to her before the take.

Schneider has said the movie ruined her life and "during the scene, even though what Marlon was doing wasn't real, I was crying real tears. I felt humiliated and to be honest, I felt a little raped, both by Marlon and by Bertolucci".

She stayed mates with Brando but never made up with Bertolucci. 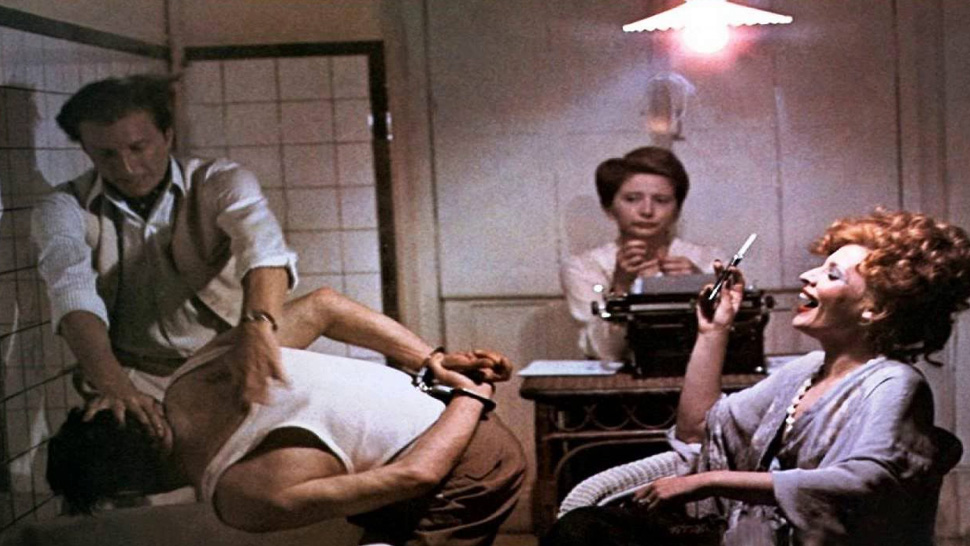 Banned in several countries and only released uncut in the UK in 2000, Passolini's ordeal, which sees a group of youths systematically raped and tortured, is possibly the most controversial and notorious movie of all time.

As recently as 1994, a bookstore owner in the US was arrested when he sold a copy to an undercover cop (the case was overturned) and it still causes a fuss today due to its relentless bleakness and shocking set pieces.

Many critics talk about how brilliant and important the movie is as a critique of fascism. But not many of them are to be found watching it with a pizza on a Friday night. 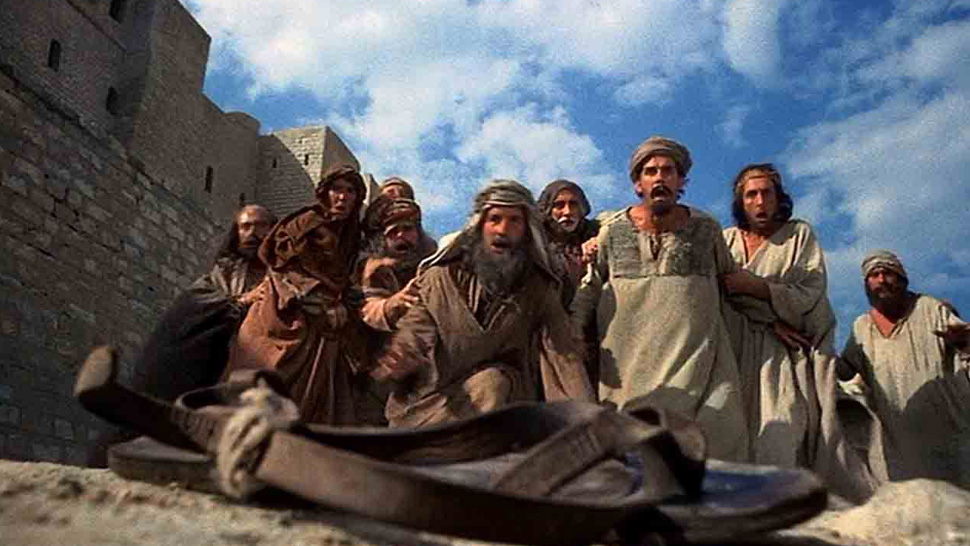 Life of Brian's tale of Jesus's next-door neighbour is considered one of the greatest comedies of all time, but not everyone was in on the joke. Christian activists called blasphemy and, with no sense of irony, picketed screenings of a film lampooning baseless moral panic.

The film was banned all over the place, including Ireland, parts of the UK and Norway (famously leading to the movie's Swedish tagline "So funny it was banned in Norway"). In 2009, Terry Jones and Michael Palin attended a screening of Life of Brian in Aberystwyth, where the ban had just been lifted—alongside the town's mayor Sue Jones-Davies, who played Judith Iscariot in the film. 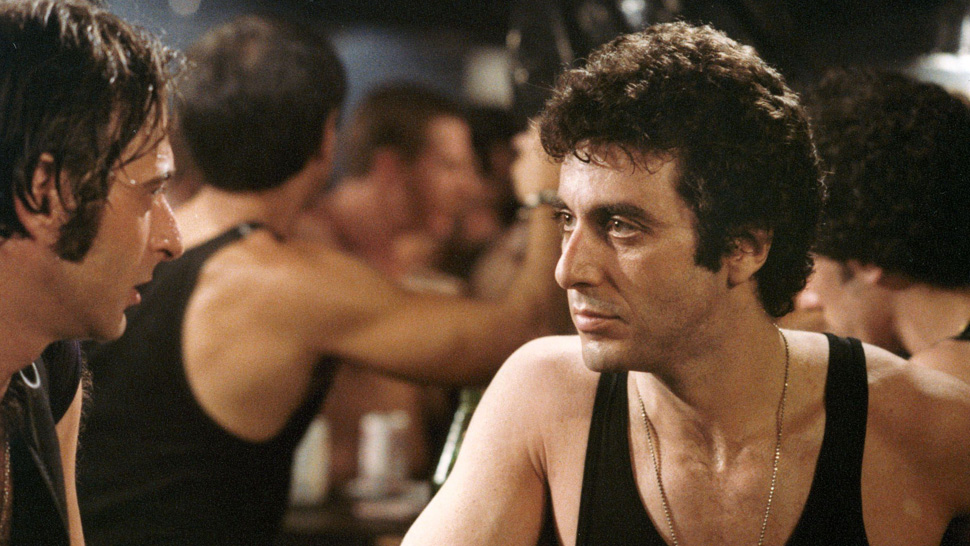 William Friedkin's middle name is unknown, but we suspect that it might be 'Controversy'. This time, it was the marginalized gay community of 1979's New York City who were angered by his decision to make a film starring Al Pacino as an undercover policeman investigating murders in the leather bar scene. 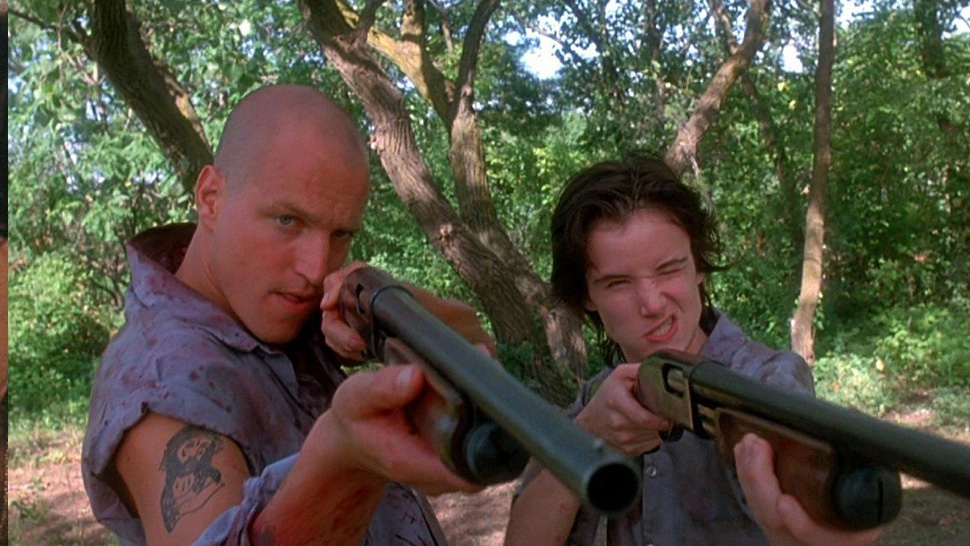 Oliver Stone's tale of a couple of mass murderers who become a media sensation – based on a script by a young man called Quentin Tarantino – has been linked to a series of terrible events.

The film's release was delayed in the UK for six months while the BBFC investigated reports of Natural Born Killers' connections to several copycat crimes. More followed, including the Columbine shootings, where the two student killers were revealed to be fans of the movie. The UK home entertainment release of the film was also delayed following the (unrelated) Dunblane killings.

This collaboration between 52-year-old first-time director Larry Clarke and 19-year-old first time screenwriter Harmony Korine (and featuring young unknown actors Chloë Sevigny and Rosario Dawson) knew exactly how to enrage conservative audiences with teenagers engaged in sex, drug taking and criminal behaviour, not to mention an HIV-positive protagonist with a thing for virgins. 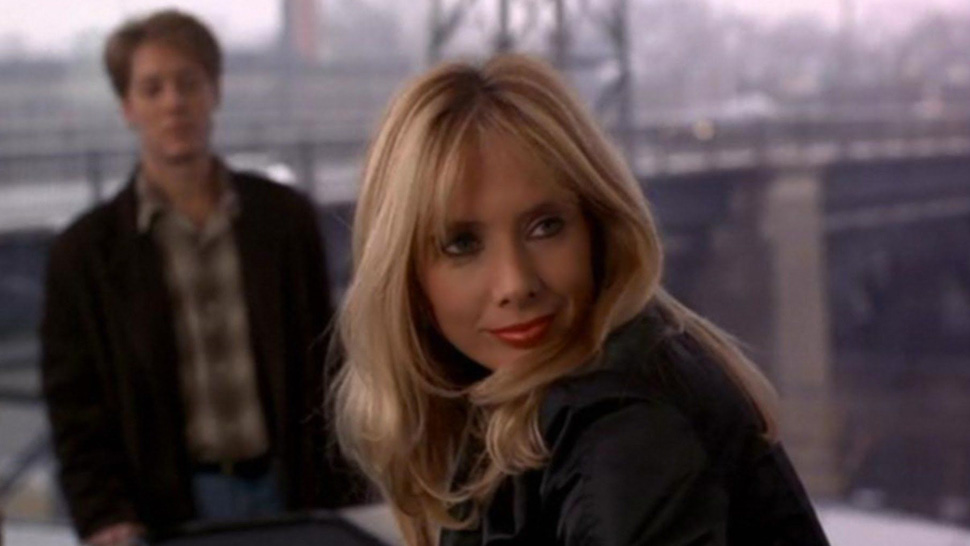 Not Paul Haggis's 2004 race relations drama, but David Cronenberg's adaptation of JG Ballard's novel of "semen, blood and motor oil", which sees James Spader join a group of people who get off, sexually, on car crashes.

Scenes of sex and violence caused quite the stir, include one memorable moment where Spader has sex with a scar on Rosanna Arquette's leg, and the film, though given a UK release, was banned in Westminster. 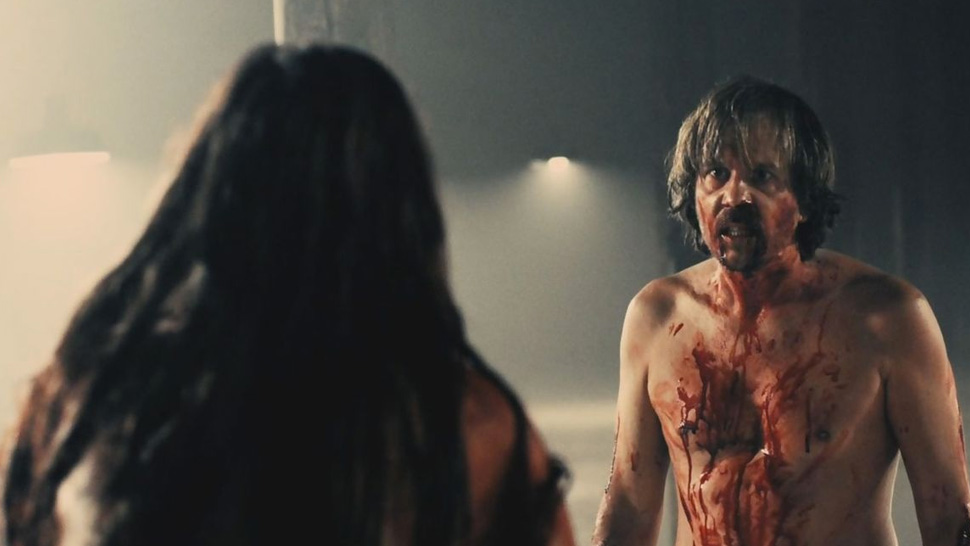 For its trouble, A Serbian Film was cut in the UK and banned in Spain, Germany, Australia, New Zealand, Malaysia, Singapore, Norway and South Korea.

Everything We Know About Game of Thrones Season Eight So Far