The auteur's back catalog is filled with wide suits, retro casual-wear, and mob boss jewelry.

Whether it's in a jumpsuit or a power suit, the characters in Quentin Tarantino's films are always dressed boldly and memorably. So much so that when you think of Pulp Fiction's Vincent Vega, or True Romance's Alabama Worley, their iconic costumes are the first thing that comes to mind.

For Tarantino's next film, Once Upon a Time In... Hollywood, he is upping the style stakes with on-trend shades of '70s yellow and brown. So, ahead of its release, here's a look at the director's most stylish creations over the years. 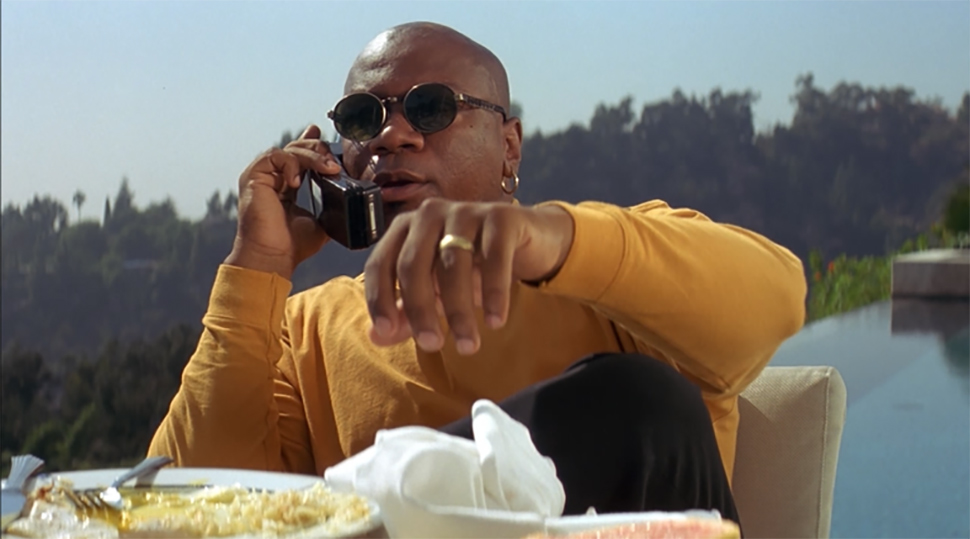 The formidable gangster wears a number of memorable looks in the film, including a terracotta chef shirt with a smoke grey suit. Our pick of the bunch, however, is the mustard roll-neck and mafia boss-style sunglasses he wears while sat in blazing sunshine. Pair with gold rings, a '94 flip phone and a lust for violence to achieve a similar ensemble.

Sporting a tropical-print Cuban collared shirt and gold aviator sunglasses, Clarence Worley's on-screen ensembles celebrated the hallmarks of Nineties style that we've seen a resurgence of in recent years. Elsewhere in True Romance he dons similarly on-trend looks, such as a boxy blue short-sleeved shirt and faded denim jeans. Of course, back then these were just fun shirts for a gun-toting, Elvis-loving guy, but Clarence's relaxed confidence, plus the good looks of a young Christian Slater, make this an outfit to remember.

There's a reason why people are still showing up to Halloween parties as Mia Wallace and Vincent Vega 25 years after Pulp Fiction was released. The duo's twist to Chuck Berry's 'You Never Can Tell' is one of cinema's iconic moments, and it's made better by their matching monochrome outfits. Pulp Fiction costume designer Betsy Heimann said she chose the suit look for Thurman as she "wanted her to be the female Reservoir Dog", and went for cropped trousers to draw attention to Mia's feet as she dances.

Tarantino's 2012 spaghetti western has some memorable looks, from Big Daddy's Miami Vice-style white suit, to Calvin Candie's opulent burgundy blazer. However, one man stands out in the style stakes, and that's Jaime Foxx as Django himself. In the film, he wears a number of great ensembles, from an olive green chord jacket, inspired by character Little Joe from Seventies Western series Bonanza, to the iconic blue valet suit with a ruff, which costume designer Sharen Davis says was inspired by the Thomas Gainsborough painting, 'The Blue Boy'.

In theory, a pony-print mini skirt and a blue bra should be an outfit that belongs on the dance-floor of an unfortunate regional nightclub. But on a smiling Alabama Whitman, as she leans up against a car, it contributes to one of cinema's most memorable come-hither stares. There's also her infamous Bardot top, which she teams with a pair of leopard print leggings to make a getaway outfit for the ages.

Brad Pitt's portrayal of The Apache, a guerrilla soldier who leads the charge in hunting the Nazis, is also a style highlight of the 2009 film. In addition to pulling off military tailoring very well – yes, we know, it helps when you're Brad Pitt – he also sports a Giorgio Armani ivory dinner jacket toward the end of the film. A get-up that gives him a Bond-esque edge, and shows that OSS officers really can scrub up well. 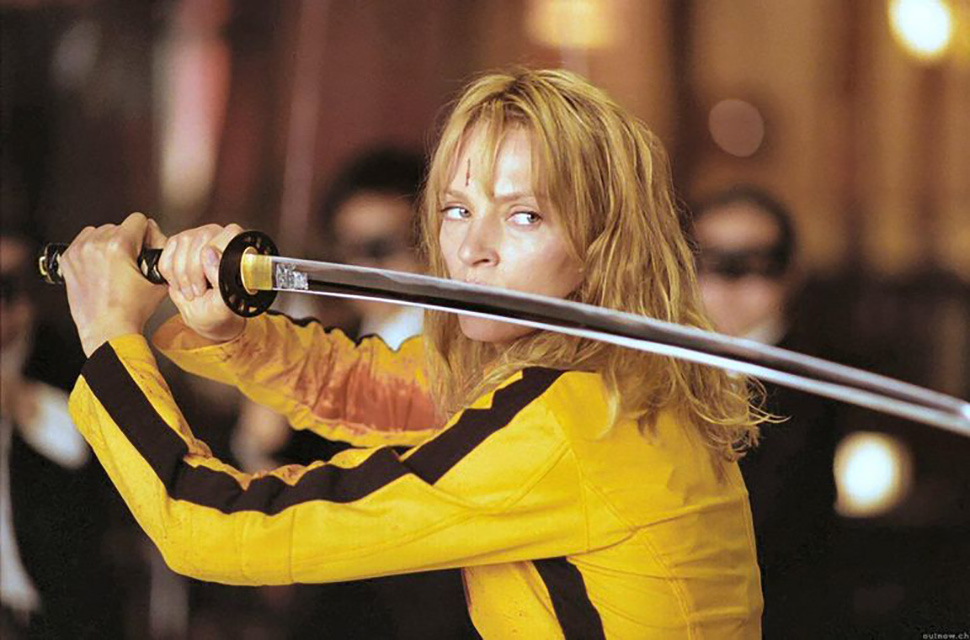 Uma Thurman's The Bride spends a lot of her screen-time in the two-part thrill ride in a hospital gown, or a nondescript black hoody while training with legendary master Pai Mei. Still, it's impossible to compile a list of Tarantino's most stylish cinema moments without mentioning that yellow jumpsuit, a nod to Bruce Lee's famous yellow and black costume in Game of Death, and undoubtedly the most badass costume a samurai can wear.

Samuel L. Jackson has had many, many stylish moments in Tarantino films over the years, but the coolest of all was his portrayal of arms dealer Ordell Robbie in Jackie Brown. While we don't advocate emulating his character by taking up dealing cocaine, it is worth copying his Kangol berets (in every shade under the sun), or the eternally cool combination of an open white shirt and white shorts. Sure, it's not a look you're likely to see on the runway, but style is about confidence, and Ordell has that in buckets.

Rick Dalton and Cliff Booth, Once Upon a Time in... Hollywood

Los Angeles in the summer of 1969 is the backdrop to Tarantino's ninth feature, and as such the outfits pay homage to the styles of the time. Leading men Rick and Cliff, played by Leonardo DiCaprio and Brad Pitt respectively, are dripping with gold medallion necklaces, decked out in brown leather jackets, Hawaiian-print shirts over retro Champion t-shirts and palettes of gold, brown and yellow everywhere. The '70s style revival is on the way.