Everyone says nice things about everybody else, and it’s doing more harm than good.

There’s a truism, often attributed to George Orwell, that goes, “Journalism is printing what someone else doesn’t want printed; everything else is public relations.”

Think about that quote, and then think about the stuff you read on your computers, phones and tablets everyday. Are you scared that so much of what so-called “news” is actually isn’t? Or are you flattered that so many people, brands and corporations are trying so hard to catch your attention?

Actually, when you think about it, Orwell (or whoever said that) probably wasn’t just referring to hard news, but everything else trumpeted through mass media. Business, lifestyle, sports, entertainment, etc.—everything that gets column-inch space on newspapers, those precious few seconds or minutes on radio and TV, and real estate on websites popular or niche—all of it is held up to the same standard: if it doesn’t provide practical information, interrupt the status quo for a legitimate reason, or raise questions for the benefit of the common good, then it likely doesn’t serve any real purpose apart from advancing the interests of a select few.

Except, of course, for cat memes. Those are just cute.

Perhaps nowhere is this effort to sanitize, promote or boost the public image of an individual or group more evident than in professional criticism in mainstream media. Criticism itself—the structured, academic, learned kind—is something that has never really gained traction in this country obsessed with pleasing people. From art, music, cinema, theater, dining and other related endeavors, much of what we refer to as “journalism” is nothing more than amplified encouragement; viewpoints that are always positive and meant to prop up the ego of the subject and, ultimately, to draw in more patrons and admirers.

In other words, PR.

We’re certainly not shy about expressing displeasure or dislike. Just look at the comments section of any social media post for a taste of just how frank, ruthless and rude people can be. But outside of Facebook and Twitter, it’s rare for journalists reporting for traditional media oufits to express a valid grievance, intended to assist the artist, filmmaker, entrepreneur or chef better his or her craft. Rarer still is for that criticism to be received warmly. Any bad press and the knee-jerk reaction is to be defensive, initiate damage control, and minimize the fallout.

Which leads me to the subject of this little piece. How often do we read professional criticism of Original Pilipino Music or OPM? I’m talking deep-dive, intellectual, contextual analysis of artists and the music that they produce.

Outside of the “Artist X releases new single,” or “Artist Y performs sold-out show” variety of stories, there’s hardly any out there writing cutting-edge music journalism today. The prevailing practice, it seems, is to give local talent some much-needed support and encouragement. We all think the industry needs all the help it can get. Bands and artists, especially those just starting out, need that extra push so when they release new material, fans and listeners—and those of us writing about the local music scene—are supposed to rally around them and tell them how good they are. Heaven forbid that anyone offer a dissenting opinion, as if everything that comes out of singers’ mouths and their instruments’ speakers is applause-worthy.

Newsflash: there are awful OPM bands and artists out there, and music journalists should be allowed to say so without feeling like they betrayed the local music industry, or fearing reprisal, either from the artists themselves or their loyal fans.

Once I almost got in trouble with a venue and show producer, for merely hinting that the concert that they put on left much to be desired in terms of logistics.

Back when I was doing CD reviews (when there were still CDs to review), I would try my best to be honest and analytical. If I didn’t like a record, I’d say so and I’d say why. It was sometimes difficult, as the reviews tended to run only a few sentences long, but it was enough to get my point across.

I did the same with artist profiles and concerts. Most people and shows I covered were worth writing about, and significant enough to warrant, well, “amplified encouragement.” But there were the occasional lemons, or those which, in my opinion, deserved to be called out for their inadequacies and failures. Once I almost got in trouble with a venue and show producer, for merely hinting that the concert that they put on left much to be desired in terms of logistics.

This isn’t to say that I’m holding myself up as a paragon of virtue. If anything I’ll be the first to admit that I, too, have contributed to perpetuating this sunshiny, lovey-dovey, holding-hands-in-a-circle-singing-kumbaya culture in the local music scene. (Again, the culture of PR). The relationships I've developed with many people in the industry—artists, managers, publicists, record label execs and concert producers—have sometimes moved from the professional to the personal, and when that happens, it can sometimes be a lot tougher to say things that need to be said, when it needs to be said."

And therein lies the issue. Because the local music industry is so small, it’s become not only sensible but downright necessary to establish good ties with everybody. Symbiosis takes over. Artists, talent managers and concert promoters need the media to get the message (whatever it is) across, and journalists need those guys primarily for access. You scratch my back, I’ll scratch yours. Everyone’s in the same boat and no one wants to be the one that rocks it too much. No one wants to get thrown off.

But that’s exactly what we need: more boat-rockers.

Because the local music industry is so small, it’s become not only sensible but downright necessary to establish good ties with everybody. Symbiosis takes over.

Local music is as alive as it’s ever been. (Please, for the love of god, no more of that “OPM is dead” shit). There are a bunch of truly outstanding artists putting out new music and playing at your neighborhood gig spots. And live shows—from big-name international acts to smaller, independent artists—are a dime a dozen these days. To keep the momentum going, the industry needs to cultivate more thoughtful, independent-thinking commentary and they should come from people who aren’t and shouldn’t be afraid to go against polite rhetoric. Those who can help improve and uplift by pointing out what’s disappointing and unpleasant.

In short, we need those who can see past PR and call it as they see it.

Just like the local dining scene, or the local fashion scene, or the local tech scene, or any other “scene,” we’re not helping anybody if all we do is shout out praise to everything that’s presented to us for consumption. Not all restaurants are “great,” not all designers  are “amazing,” and not all gadgets are “fantastic.” Inevitably, there will be those that are ordinary, uninspired, and downright awful and it shouldn’t be off-limits for us to say so.

Yes, genius should be celebrated, and anything made with passion coupled with effort deserves recognition. But if you’re a creative and you put yourself out there, you have to be ready to take the good with the bad. No one ever became truly great by drowning in a pool of their own hype.

Paul John Caña has been writing about music for close to 15 years. Either as a contributor or columnist, he has written for Pulp, The Manila Times, Rappler and GMA News Online. This essay is an expanded version of a previously written blog piece. 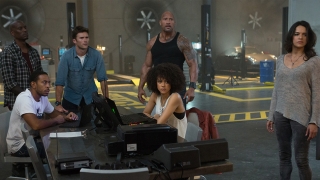 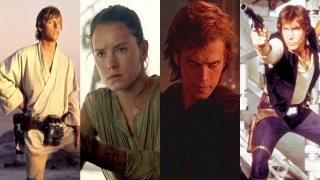 The 9 Star Wars Trailers, Ranked From Worst to Best
All Photos
Comments
View As List