No wonder, then, that it was a time for great techno-paranoia: the movies of the time kept telling us humans about the possibility that machines will one day become self- aware, rise up and take over the world, or at least fall in love and try to kill us off in an ill-fated love triangle.

But we were also obsessed with entering the digital world. Pop culture was littered with imaginings of how it would be like to cross over from our boring old meatspace into the world of technological fantasy. Everything from that deathless music video for A-ha's "Take On Me" to the original Tron movie featured this trope.

And so the mid-80s is just about a perfect setting for writers and makers of Black Mirror, a show that describes itself as having "tap[ped] into our collective unease with the modern world...exploring themes of contemporary techno-paranoia".

Instead of the highly anticipated fifth season release, showrunner Charlie Booker has instead taken a surprise turn and released a 90-minute movie—one that asks viewers to enter the Black Mirror world by making choices throughout the film, which is set in 1984.

The trailer was released just yesterday, December 27, and the film is out on Netflix right now. Which means that you can go ahead and make a choice: switch screens and watch Black Mirror Bandersnatch, or read on a bit for a few fast facts and a first look at the new film. Go on.

Even the copy for the release is reminiscent of the Choose Your Own Adventure books of the 1980s:

In this ’80s-set, sometimes morally-compromising adventure, you alone are in charge of what happens next. The journeys you go on are a direct result of your decisions.

There are choices to be made, challenges to overcome, dangers to encounter and, as always in life (and Black Mirror), consequences to be had. Choosing wisely could lead to triumph while taking the wrong path could end in disaster—but who’s to say what’s "right" and "wrong," anyway? And fret not because once one experience comes to a close, you can—and should!— go back and make a new choice, alter the path of your story and maybe even change its outcome.

The technology has been up and running on Netflix for a while, apparently, though you probably missed it, unless you're a 7-year-old child: the interactive titles include Puss in Book: Trapped in an Epic Tale, Buddy Thunderstruck: The Maybe Pile, Stretch Armstrong; The Breakout, and Minecraft: Story Mode.

2| There are over a trillion "unique permutations" possible, but only five endings available.

"This is where all that combinatorial math you learned in grade school comes in handy," Netflix warns us in its press release. "Given the number of choices, the unique number of variations (or permutations) are more than a trillion. Note this doesn’t mean there are actually a trillion unique paths or storylines, though."

Given that the movie took only 35 days to film, it shouldn't be surprising that there are only a handful of endings available: five, to be exact, taking an average of about 90 minutes to get through each possible storyline. However, Netflix also says that there are "multiple variants of each [ending]...we're leaving a little mystery here and looking forward to the fans uncovering all of them!" 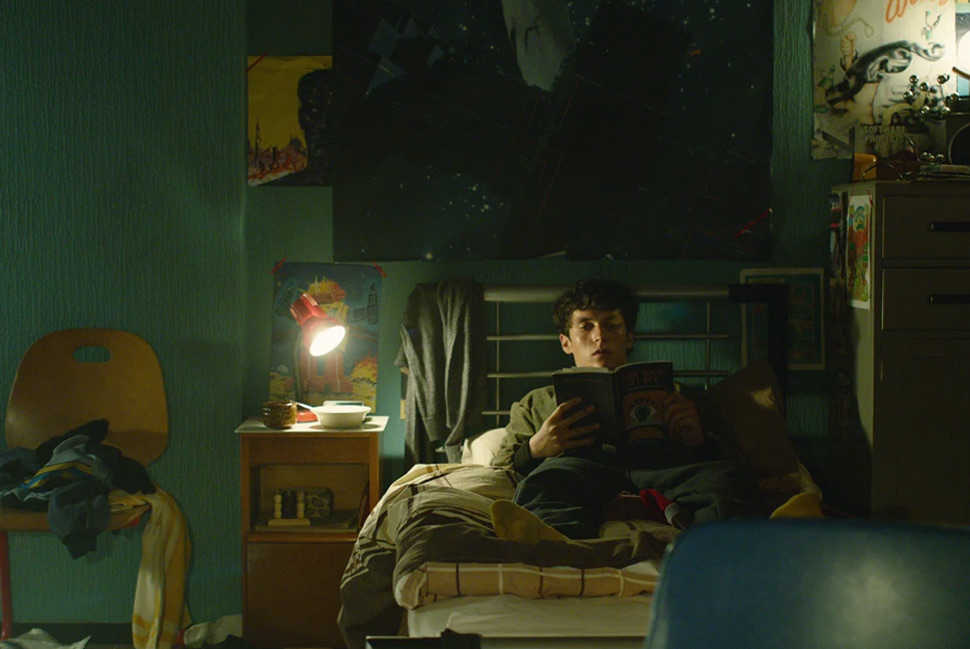 The movie follows Stefan, a young computer programmer who has been asked to adapt a sprawling fantasy novel called Bandersnatch, by Jerome K. Davies, into a video game. The choice of 1984 as its setting seems to be a nod to George Orwell's watershed dystopian novel, but obsessives will also note that the year saw many important releases in the pop-culture and technology fronts: this was the year when the first Apple Macintosh (later renamed Mac) came out, along with movies like Terminator, Electric Dreams, and The Last Starfighter, among many others that played around on the theme of a technological future. 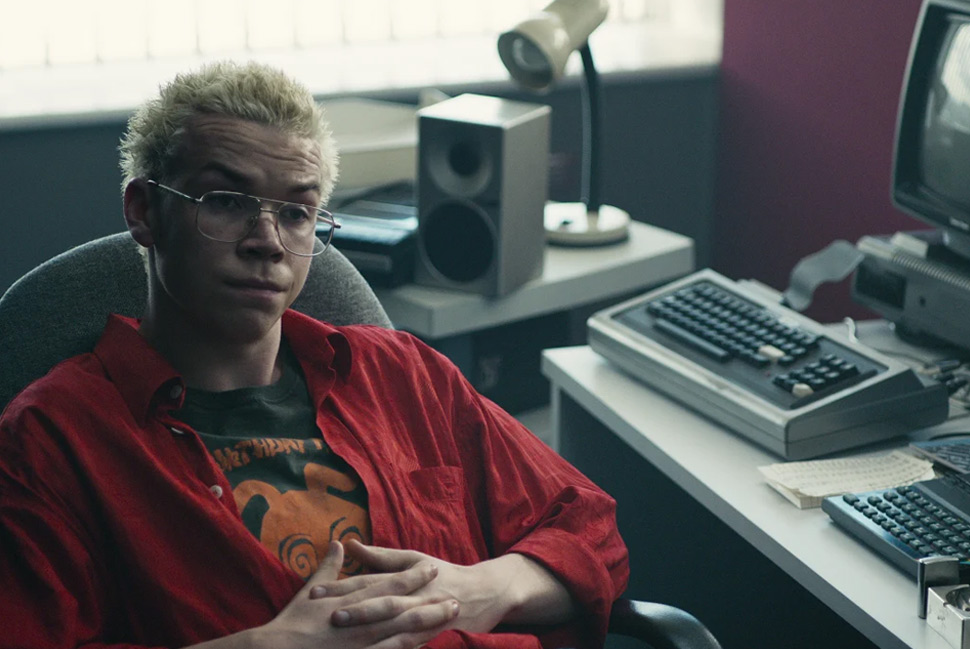 4| Meet the cast of the first Black Mirror movie

The movie is directed by British film and TV director David Slade, who is responsible for Hard Candy, 30 Days of Night, the "Metalhead" episode of Black Mirror, and, sadly, The Twilight Saga: Eclipse. Fionn Whitehead, star of Dunkirk, stars as computer programmer Stefan, while the cast is rounded out by Will Poulter as Colin Ritman (Chronicles of Narnia, We're the Millers, The Maze Runner), Craig Parkinson as Peter (Watership Down, Line of Duty), Alice Lowe as Dr. Haynes (Prevenge, Sightseers) and Asim Chaudhry (Click and Collect) as Mohan Tucker. 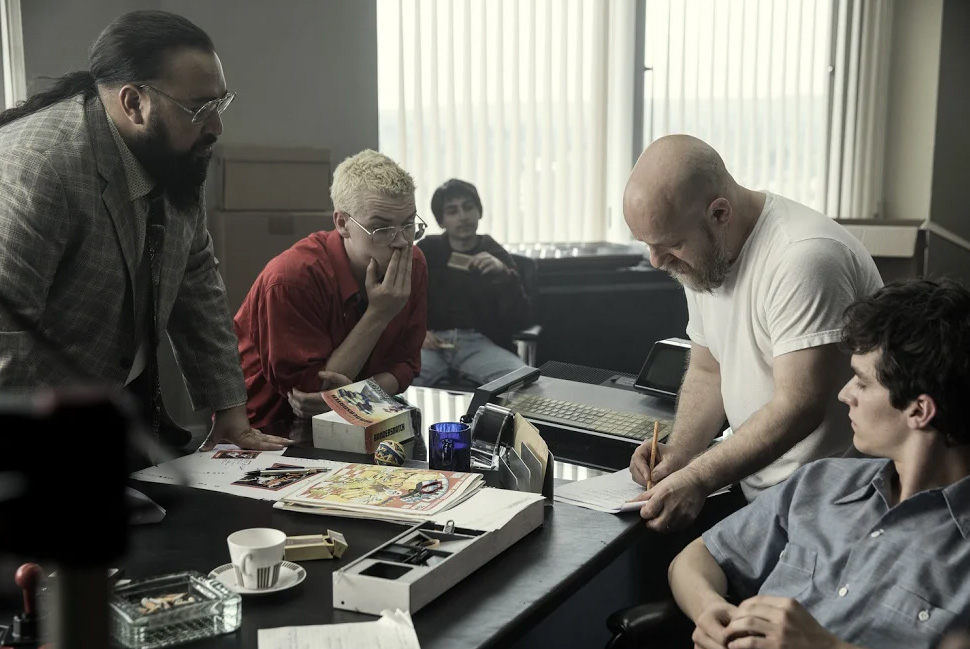 5| Are there Easter eggs?

But it's Black Mirror, you guys! So of course there are Easter eggs. In the trailer alone, you can see a shoutout to the Black Mirror episode "Metalhead" from season 4, which David Slade also directed. We're willing to bet that Bandersnatch itself will contain more of these hidden references to the rest of the Black Mirror universe.

Hugh Grant Calls Bulls**t On 'Love Actually,' The Worst Film Ever Made
All Photos
Comments
View As List