Quentin Tarantino's Once Upon a Time in Hollywood is a fictional film, but the tale of late-1960s L.A. includes many real-life figures. Among them are actress Sharon Tate, played by Margot Robbie, and cult leader Charles Manson, who orchestrated the 1969 murders of Tate and eight others. However, that story isn’t at the heart of the movie, which largely focuses on stars Leonardo DiCaprio and Brad Pitt, who play a fictional down-and-out Western actor and his stuntman best friend. And when the film does tackle the Manson murders, Tarantino makes major changes to the real-life story.

What Happened in Real Life?

During the late 1960s, drifter Charles Manson lead a cult called the Manson Family. He counted around 100 followers, most of whom were young women. Together, they lived in squalid conditions at Spahn Ranch, a 55-acre movie ranch that previously served as a film set for Westerns. They regularly used LSD, and followers were told that the cult leader was the reincarnation of Jesus Christ. Manson preached to his acolytes of an impending race war, predicting that black people would emerge victorious over their white counterparts, and that the Manson Family would pass the carnage by living underground before emerging to rule over those who remained.

Even while positioning himself as a prophet, Manson pursued a career in music. He struck up a friendship with Beach Boys drummer Dennis Wilson, and auditioned for music producer Terry Melcher. But Manson became enraged at Melcher after he refused to offer him a record deal. At the time of their acquaintance, Melcher lived at 10050 Cielo Drive with his girlfriend, Candice Bergen. But by the summer of 1969, the villa was occupied by actor Sharon Tate and her husband Roman Polanski. One of Manson’s murderous followers, Susan Atkins, later said that the cult leader "picked that house to instill fear into Terry Melcher, because Terry had given us his word on a few things and never came through with them."

On August 8th, three of Manson’s followers, Atkins, Patricia Krenwinkel, and Tex Watson, broke into the Cielo Drive home. Cult member Linda Kasabian acted as a lookout. Polanski was in Europe at the time, but Tate was home with friends Jay Sebring, Wojtek Frykowski, and Abigail Folger. Steven Parent, an 18-year-old friend of the property’s caretaker, was also on the grounds. Watson, Atkins, and Krenwinkel shot and stabbed all five to death. Tate was nearly nine months pregnant, and she reportedly begged her attackers to spare her until her child could be born. The following night, the cult members would also murder Rosemary and Leno LaBianca in their Los Feliz home.

Manson and his followers were apprehended and indicted by authorities later that year. After their highly-publicized 1971 trial, Manson, Atkins, Krenwinkel, Watson, and Leslie Van Houten, were all convicted of the Tate-LaBianca murders. Manson and other members of the cult were later convicted of two more murders, that of music teacher Gary Hinman, who had introduced Manson to Dennis Wilson, and stuntman Donald "Shorty" Shea.

What Happened in the Movie?

Some scenes of the film featured accurate depictions of the Manson cult. In the movie, Manson girls are shown dumpster diving for food while singing songs. According to Dianne Lake, who joined the cult when she was just 14 years old, that was true—and followers even took Beach Boy Wilson dumpster diving. “We wound up driving in Dennis’s burgundy Rolls-Royce to the back of a grocery store and showed him the art of dumpster diving,” Lake wrote in her memoir. “We all laughed and sang all the way to the Dumpster, dragging Dennis by his hand. The best thing we found on this run was a flat of strawberries. After culling out the bad ones, we had enough to make him a strawberry cake complete with fresh Cool Whip.”

Manson himself only appears in the film for one scene, in which he’s shown visiting Cielo Drive prior to the attacks and asking for someone named “Terry,” presumably music producer Terry Melcher. In the film, he’s told by Sebring (who's played by Emile Hirsch) that the house is now the residence of Tate and Polanski. This scene is also based in reality—during the murder trial, Tate’s friend, photographer Shahrokh Hatami, testified that while he was visiting the actor at 10050 Cielo Drive in March 1969, Manson came to the house. He asked for someone whose name Hatami didn’t recognize, and was informed that the Polanskis resided at the property.

And the film’s depiction of the cult’s squalid life at Spahn Ranch was also rooted in truth—the young people lived in filth alongside the ranch’s owner, the blind and elderly George Spahn. It’s been alleged that Manson instructed his followers to have sex with Spahn in order to keep him compliant, and in the film Lynette "Squeaky" Fromme, played by Dakota Fanning, admits as much. But the real-life Fromme, who didn’t participate in the murders but went on to attempt to assassinate then-president Gerald Ford, maintains that she didn’t have a sexual relationship with Spahn.

In the movie, Brad Pitt’s Cliff Booth makes a tense visit to the ranch to check on Spahn, and narrowly escapes from the homicidal cultists. While Pitt’s character is a fictional creation partially inspired by real-life stuntman Hal Needham, the sequence does contain echoes of truth. Donald "Shorty" Shea was a stuntman, just like Booth’s character. He worked as a Spahn Ranch employee and was murdered by the cult on the property in late August 1969. One of his killers was cult member Steve "Clem" Grogan, who’s depicted in Once Upon a Time—he’s the guy who stabs Booth’s tire and gets beaten bloody.

Of course, the film’s happy ending—with Watson, Atkins, and Krenwinkle entering the property next door to Tate’s Cielo Drive villa and being dispatched by Pitt’s Booth and Leonardo DiCaprio’s Rick Dalton—is a complete fabrication. That’s why the movie's title is Once Upon a Time: the film is a fairytale.

Why did Quentin Tarantino Change the Story?

It’s not the first time that Tarantino has created a revisionist take on the historical record; Inglorious Basterds ends with Hitler and Goebbels being executed in a movie theater, when the Nazis actually died at their own hands.

And it makes a lot of sense that Tarantino decided to save Tate and her friends in his telling of the story. A depiction of the brutal murders would have represented a radical tonal shift for the funny and relatively light-hearted film, and portraying the crimes could have felt exploitative. Earlier this year, the story was adapted for the widely-panned film The Haunting of Sharon Tate. It stars Hilary Duff as the actor, and depicted the murders in all their horror. Tate’s sister, Debra, understandably felt the project was "classless."

If a tasteful, respectful depiction of the murders is even possible, it would have to be well earned by a sober-minded film devoted to a fully-realized depiction of Tate and her companions. Once Upon a Time, which focuses on the bond between Pitt and DiCaprio’s characters and maintains a humorous tone pretty much throughout, isn’t that movie. Tarantino's happy, if fictional, ending is a much better fit.

Shares
Share
Tweet
Comments
View More Articles About:
E5
Quentin Tarantino
once upon a time in hollywood
More Videos You Can Watch 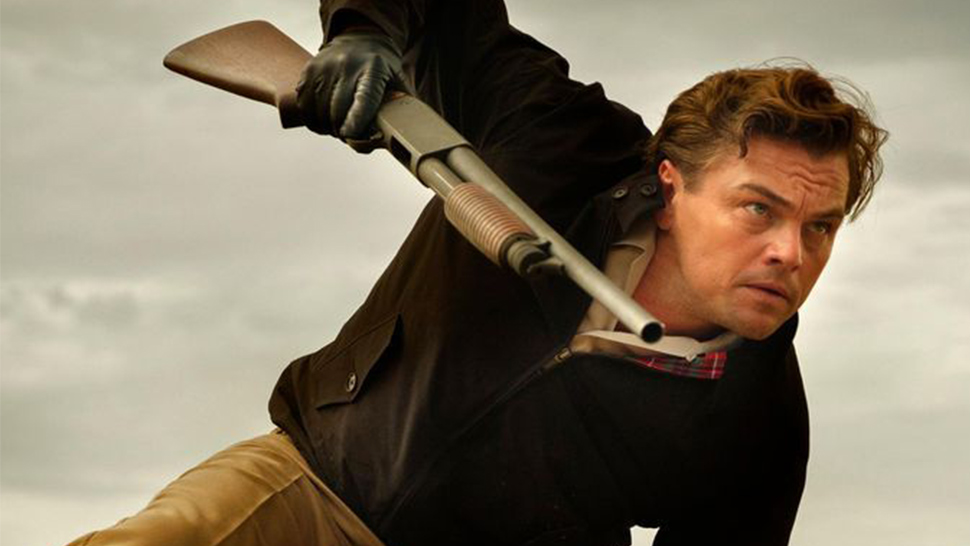 That Once Upon A Time In... Hollywood Credits Scene, Explained
All Photos
Comments
View As List