Everything you love and want in a Tarantino film is here, but it also has deep, real emotion.

From the time I first spoke with Quentin Tarantino last month forEsquire’s Summer cover story, all the way until just before the house lights were dimmed last night at Cannes, the director has asked that those writing about his new film not reveal the ending. For a film set over three days in 1969, it's as though Tarantino wants the press — that now, thanks to Twitter and Facebook includes basically anyone who can send their thoughts out into the world — to act a bit more like this is, indeed, 1969: a wonderful fairy-tale land where a director can open a film and its power can be spread through the land, slowly, gently, through buzzy word of mouth, rather than have its soul reduced to a tweet, chewed up and spit out into the twittterverse within minutes of its opening.

All of which is to say, I'm with him. There's no need for you to know the third act of Once Upon a Time ... in Hollywood. You should, in fact, do all you can to walk into a viewing cold. Just like moviegoers did in, say, 1969. Because what Tarantino gives you here is his strongest, greatest, most-moving (!) film in years, and in many respects a film that shows him growing as a director and writer. Everything you love and want in a Tarantino film is here, from the jukebox score to the great clothes to the swagger and suspense. But here's something added (spoiler alert?) you never thought you'd get in a Tarantino film — tears from a leading man (DiCaprio, playing on-the-skids TV actor Rick Dalton); poignant, even poetic scenes that will surely leave more than a few viewers in tears themselves. Just ask Cannes juror Tilda Swinton. When the lights came up after the two hour, forty minute screening, I saw her turn and face DiCaprio; for a moment they held their gaze, two titans with the rest of the room falling away, and in her gaze I could see her fighting back tears — of admiration and awe for what Leo had delivered. With that sort of recognition from another great actor, you can bet this performance and this film will go deep into awards season. And DiCaprio displays all his talents here, inhabiting a script that calls for him to play scenes ranging from witty to self-loathing drunk. 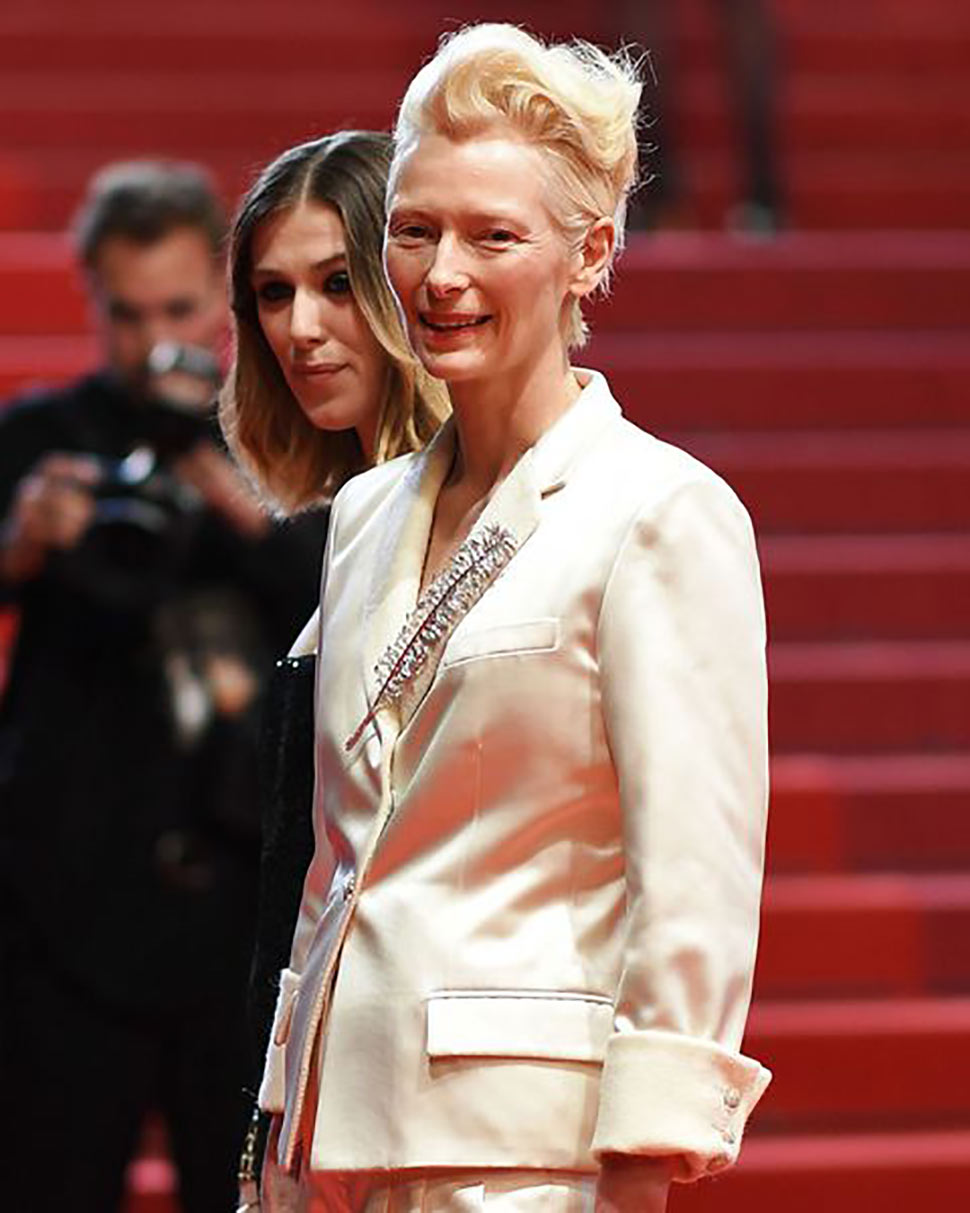 Tilda Swinton in Cannes. She was teary at the end of Once Upon a Time in... Hollywood--an early sign of awards potential? IMAGE: LOIC VENANCE/Getty Images

All of which left me thinking — and here's another word I never associated with a Tarantino film, yet for the first time we are getting them and I am glad we are — sentiment. To be clear, this is not sentimentality; this is sentiment. For the first time you see Tarantino — perhaps because of where he is in his own life, a man in his fifties — bringing unexpected, deep, rich feelings to his film and to his characters. You see Tarantino risking real, complex, emotions for his characters. If I've had a knock against his films it's that his characters often existed too much on the surface — too, well-pulpy or cartoonish. Two-dimensional. Characters created by a twenty-eight-year-old who draws on an encyclopedic knowledge of pop culture influences and references, but who — unlike, say, a fifty-three-year-old — has no real-life experience upon which to draw. Not here. This might be Tarantino's most thoughtful, reflective film since the too-quickly-dismissed Jackie Brown. (Strangely, there are at least two moments in Once Upon a Time ... in Hollywood that reference the long, lovely LAX-arrivals tracking shot that opens Jackie Brown.) There's a deep emotional life that we sense in each of the characters that adds a layer of richness and complexity — and only fuels our suspense as the film plays on, toward the third act. 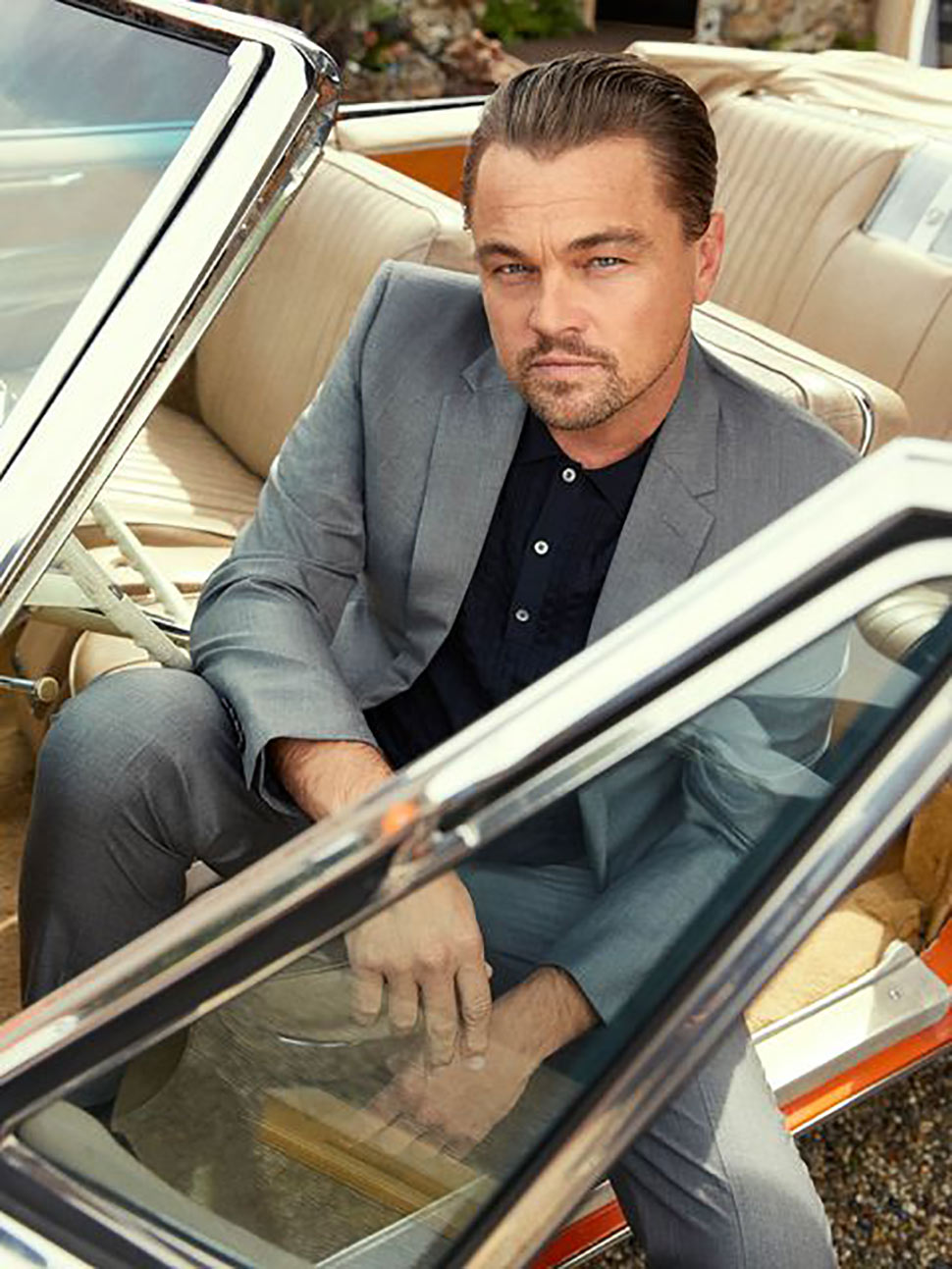 Leonardo DiCaprio, from Esquire’s Summer cover shoot. His performance as an actor whose star is falling serves as the film’s emotional centerpiece. IMAGE: Alexi Lubomirski

At one point, we see DiCaprio filming one of his character’s schlocky 1960s TV Westerns. By this point, we know he's this close to getting spit out by the studio system. Yet in this set piece he mesmerizes us with his range. The scene ends and his director yells, “Cut.” It's here that Tarantino (perhaps) gives a clue as to how he's writing this whole shebang, as the director invokes Shakespeare. Shakespeare! For an actor on a low-level 1960s TV Western! And yet...that Shakespeare clue, believe it or not, might be one of the clearest Tarantino gives us. This is a film that runs the range from making you think to making you laugh to making you think, What if?... It's a masterful work from a maturing director. Not maturing in an AARP way; no, maturing as a guy who's thinking, really thinking, about what he can make us think and feel. Last night, it was twenty-five years to the day that he came to Cannes and detonated the nuclear bomb that was Pulp Fiction, a work that re-set the culture and movies. I reference Shakespeare because I can't help but wonder if Tarantino is confessing to Shakespearean ambition and range here, in a film that moves from comedy to epic heartbreak; from history to dream-like fantasy; from love story to murder story -- and telling us he's determined to continue challenging himself. 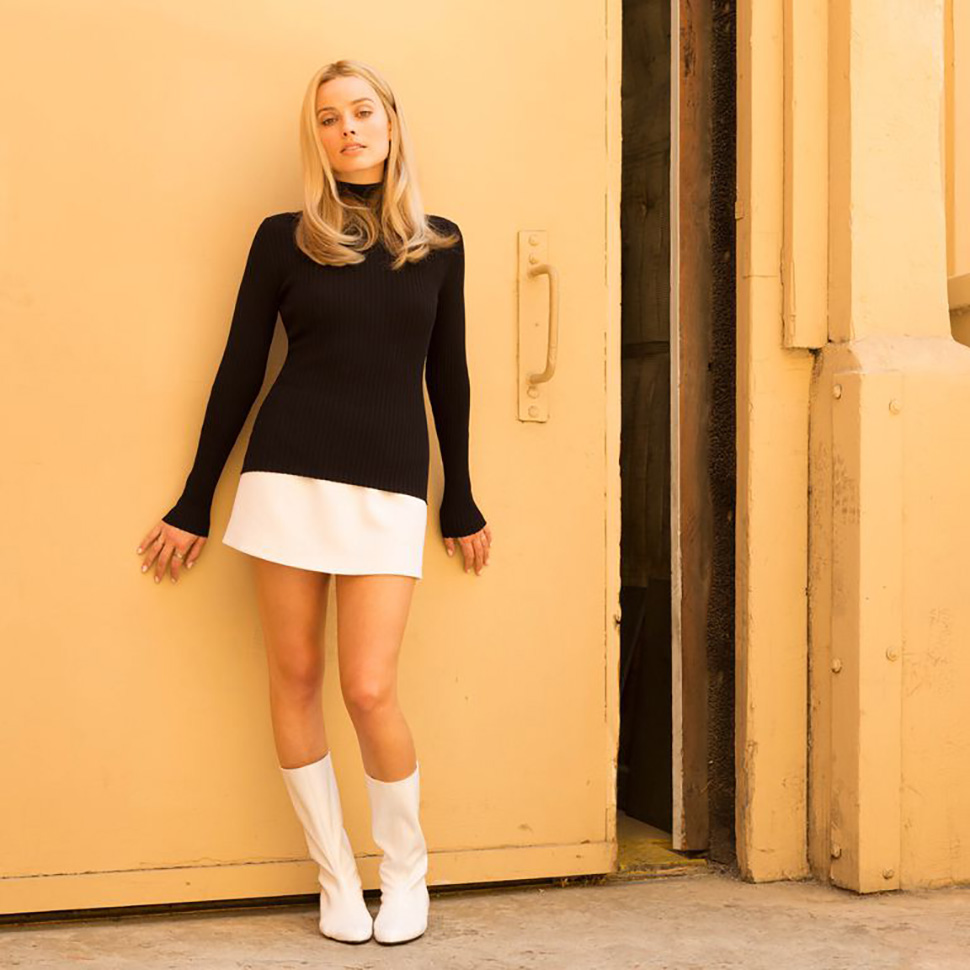 This is a movie that looks at three days in 1969 to see what we've lost and how we got here, both in the big picture and the small. I haven't said much about Brad Pitt (as stunt man with a past Cliff Booth) or Margot Robbie (as Sharon Tate), but that's not because they aren't also equal in excellence to DiCaprio. What Robbie can communicate with her eyes alone is heartbreaking. And no one shifts the energy in a scene like Pitt. Each time he was on screen you could feel the audience lean forward. (Or, more than a few times, hear them hoot and clap. Also, can we all just agree that Pitt possess what few leading men do — the ability to do comedy. Believable, witty, comedy. The kind of comedy that if it fails, the whole movie sinks. There are times here where he’s almost Cary Grant-ish in his ability to land the light touch that delivers so much ). Robbie and Pitt both deliver spot on performances and each is given set pieces that actors will be watching for years -- and anyone who loves movies will be watching for years, because the cross-cutting Tarantino does in these pieces adds to their power.

In his interview with me, he said this film is his "love letter to L.A." You feel it here; not in the way of a sad love letter, but in one that brims with the thrill of embrace. In Tarantino’s lingering gaze over the Hollywood of 1969, in his showing us what he loves about all this, we see who we are now. It's a dazzling, gorgeous, elegiac movie. It sets its ambitions sky-high and achieves them. He's said that this is his "most-personal film since Pulp Fiction." Here's my only spoiler alert: if you think that means you're going to get the crazy-paced thrill-ride of that movie, think again. He's saying that this is not to be compared to that film, but that the older film serves as a marker in time; that was a film that he put his whole soul into. What Tarantino's telling us is here again, for the second time in twenty-five years, it's personal; very personal. Like, for the first time ever with him, heart-on-his-sleeve personal. And it's a beautiful thing to see.

Shares
Share
Tweet
Comments
View More Articles About:
once upon a time in hollywood
More Videos You Can Watch

About The Author
Michael Hainey
View Other Articles From Michael Hainey
Get The Latest Updates From Esquire!
Subscribe to our newsletter!
Latest Feed
Load More Articles
Esquire Money

Chilling and Evil: 'Brightburn' is a Twisted, Horror Version of Superman
All Photos
Comments
View As List