As if February wasn't already bleak enough, this month sees the release of Downhill, a deadpan comedy about a marriage which slowly unravels when, threatened by an avalanche, a husband instinctively prioritises his phone over his family. If that plot seems familiar, it might be because you watched it six years ago under the name Force Majeure.

Maybe you just read about how the original film, a Scandinavian co-production, won the Un Certain Regard Jury Prize at Cannes. Or maybe you spotted its nomination at the Golden Globes. If so, then you probably never thought that Ruben Östlund’s brilliantly awkward dramedy needed a Will Ferrell-led remake.

On paper, however, there's much to like about the new version, which boasts Julia Louis-Dreyfus’s first big-screen role in seven years and a screenwriting team that includes two Oscar winners and the man behind both Peep Show and Succession, Jesse Armstrong. In reality, however, Downhill has proven a prophetic title.

“This is not only one of those cases in which a US makeover adds nothing to a memorable foreign-language film," wrote The Hollywood Reporter's David Rooney after Downhill's premiere at Sundance in January. "It's the doubly dispiriting variation in which the more commercially minded overhaul relentlessly drains everything that was distinctive, edgy and original about the source.” His fellow critics agreed, and it's currently lumped with a 46 percent rating on Rotten Tomatoes (the original has a much loftier 94 percent).

Compared to other recent remakes, that actually represents decent value. Last year’s gender-flipped version of Danish drama After the Wedding, starring Julianne Moore and Michelle Williams, limped to a fifth of the worldwide box office achieved by the 2006 original. Another Oscar-nominated picture, Mexico’s Miss Bala, was also subjected to an unnecessary and inferior redo that completely wasted the talents of its star, Gina Rodriguez.

There's nothing new about Hollywood strip-mining foreign cinema for intellectual property that it then does terrible things to, but Downhill does feel particularly mistimed. It arrives just weeks after South Korean director Bong Joon Ho castigated Hollywood for its blatant aversion to all things non-English at the Golden Globes, while picking up his award for Best Foreign Language Film. Bong later won four awards at the Academy Awards 2020, winning Best Original Screenplay, Best International Feature Film, Best Director, and Best Picture for Parasite.

It helps that the box office of Bong's socially conscious satire suggests that audiences are now prepared, as he put it, to “overcome the one-inch tall barrier of subtitles". Parasite has already grossed $30 million in the US, surpassing fellow Oscar contenders Jojo Rabbit and Judy as distributor Neon’s biggest commercial success ever. And you can expect that figure to dramatically increase after Parasite won big at Sunday’s Academy Awards. It is now the first foreign-language Best Picture winner in the Oscars' 92-year history. It's already joined a select club as only the 12th one even nominated.

After bringing home four golden statues, then he might rethink his recent decision to work with Adam McKay (Vice, The Big Short) on a Parasite adaptation for HBO. Though details are hazy, it at least sounds like it won't be a straightforward remake, but rather a limited series that expands the world of the Kim family. It's also not clear which language the characters will converse in, but we're willing to put decent money down that HBO and the man who directed Anchorman aren't making a six-part drama exclusively in Korean.

Perhaps that's just cynicism. The signs are there that western audiences, having spent decades being spoon-fed the familiar (and not having to do any bloody reading when they go to the pictures), are finally waking up to the fact that other stuff exists in other places. And that it's great. On the Billboard charts, K-pop juggernauts BTS have become the biggest boyband since One Direction, scoring three number one albums with material largely performed in Korean. Supergroup SuperM followed in their footsteps last October, while fellow K-pop acts Blackpink, Exo and NCT 127 are all gradually building similarly fervent fan bases far outside their homeland.

And then there’s Netflix, whose quest for global domination has given western audiences access to more foreign-language output than ever before. Most notably, in 2019 the studio went all-out in the awards push for its black-and-white, Spanish-language marvel Roma, and wound up with the inevitable Foreign Language win, as well as a handful of consolation awards, including Best Cinematography and Best Director. Rare is the English-language film that takes home two of the night's most important awards but still misses out on the biggie, but it seems if you're subtitled, you still can't get over the line (until Parasite came and changed all the rules). The Best Picture of 2019 ultimately went to Green Book was just salt in Netflix's wounds.

But beyond Roma, Spanish boarding school drama Élite, German sci-fi Dark and Brazilian dystopian thriller 3%—not to mention a vast library of anime—have all struck a chord with binge-watchers who may have previously avoided subtitles. Netflix's other Oscar-nominated original films, including Hungarian slaughterhouse romance On Body and Soul and French animation I Lost My Body, have also sparked a bigger interest in international cinema.

And the streaming giant's commitment to non-English content is only growing. Netflix just dropped the first of three batches of Studio Ghibli films onto its platform after the iconic Japanese animation house finally ended its streaming holdout. Last month, bosses announced that they’d be doubling their original French-language programming after opening a new Paris office. The studio's even added Oscar nominee Jean-Pierre Jeunet (Amélie) to its collection of project-committed European auteurs.

Perhaps the sheer abundance of foreign-language fare at the general public’s disposal has given some Hollywood execs pause for thought. A remake of German cringe comedy Toni Erdmann has been in the pipeline since 2017, but ever since Jack Nicholson walked away from the lead role it appears to have become stuck in development hell. There’s also been little word about the Tom Hanks-led adaptation of Sweden’s A Man Called Ove since its announcement three years ago.

Admittedly, the English-language remake is unlikely to disappear completely. Iceland’s Woman at War (Jodie Foster), South Korea’s Extreme Job (Kevin Hart) and France’s Le Convoyeur (Jason Statham) are all reportedly getting big-named carbon copies in the near future. But the support for Bong's comments—and the muted response to senseless retreads such as Downhill and Miss Bala—offers hope that Hollywood will eventually learn to treat world cinema with respect and quit being so, well, parasitic. 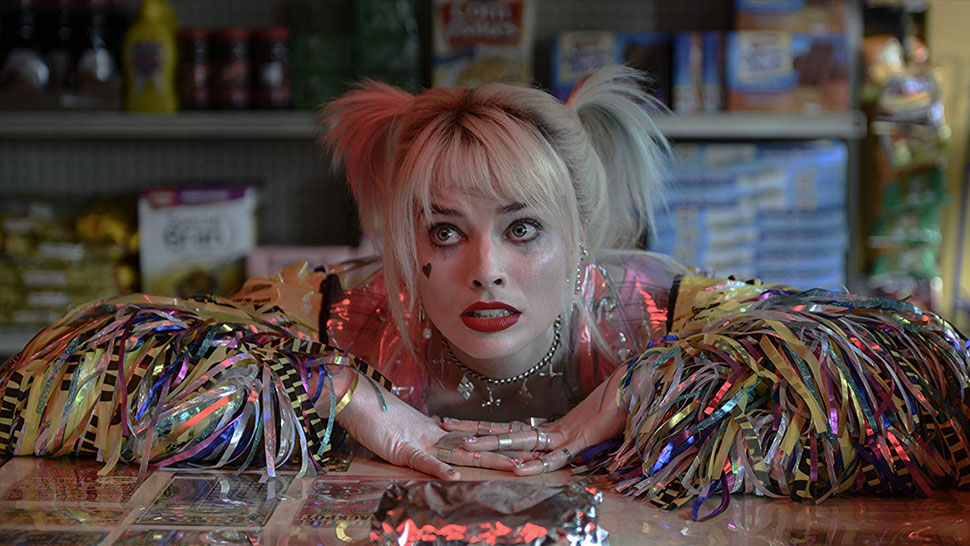 Birds of Prey Is the Insane Breakup Party We Need