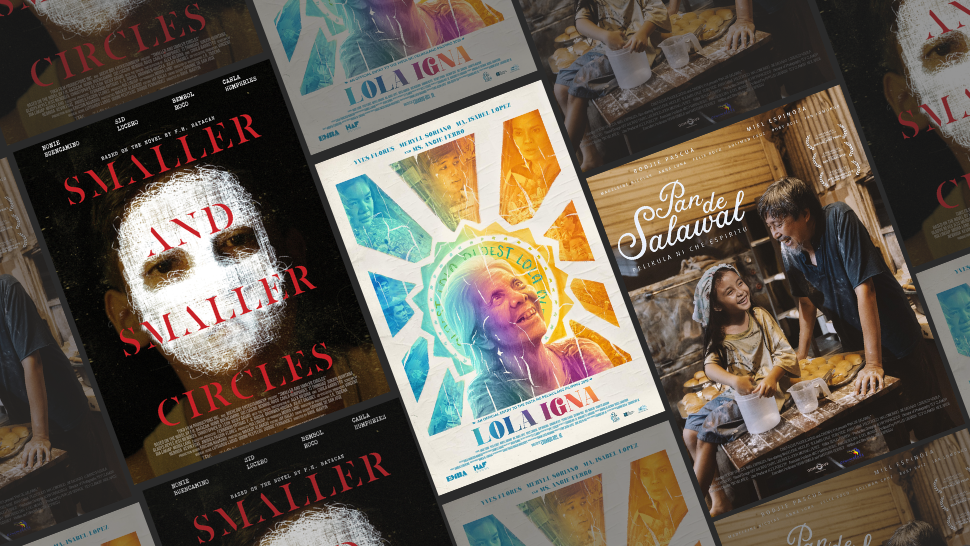 There’s more to Philippine cinema than predictable dramas and slapstick comedies. Mainstream movies might share the same overused plots and tropes, but the indie scene has produced plenty of brilliant productions deserving of all their awards and recognition.

From heavy social commentary to wholesome childhood nostalgia and even horror, we compiled a list of six refreshing Filipino indie titles that are definitely worth your time. If you’re tired of the uninspiring offers at the cinema, check out the very best of indie cinema below.

And if you’re a film aficionado, then these flicks are probably on your already-watched list, but for the sake of appreciating Philippine cinema, take some time to rewatch these masterful indie productions.

Adapted from F.H. Batacan’s novel, Smaller and Smaller Circles follows priests Jerome Lucero and Guz Saenz’s forensic investigations to uncover the truth behind the mysterious deaths of young boys across Payatas. Their faces and genitals have been mutilated, telling of the killer’s dark past that led him to commit the string of crimes. Meanwhile, Jerome and Gus also work to expel from priesthood a powerful priest accused of pocketing charity funds and abusing children. As the two Jesuits edge closer to the truth, they begin to bear the brunt of the Philippines’ faulty justice system, anti-poor agenda, and corruption within the Catholic church.

The murder victims all share one thing in common: they’re the poorest of the poor, which ultimately dictates whether or not they’ll ever receive the justice they deserve from the Philippine government. When Jerome and Gus coordinate with the police, the attorneys in charge detain a random poor man with no evidence at all. Though he later confessed to a different crime and was found to not be so innocent after all, his baseless detainment still does its job at exposing the partiality of the Filipino justice system.

What’s more, with the Philippines being one of the most predominantly Catholic countries in Asia, a film criticizing the Church is not something you would see every day. But Smaller and Smaller Circles—at the expense of viewers’ comfort—bravely sheds light on the hidden abuses that some Filipino priests subject young children to and always seem to get away with. This alone makes the film all the more worth your while.

Sal, short for Salvador, is a suicidal 68-year-old man with a chronic kidney disease residing in a sickly neighborhood beside the Manila Railroad. Amid his failed attempts to get struck by a passing train, he eventually meets little Aguy, a seven-year-old girl who heals the sick by physically hurting them. Aguy goes on to heal the rest of the neighborhood until one day, she asks if she can stay at Sal’s house. The two become inseparable as time passes. Yet no matter how much she beats Sal up, Aguy can’t seem to relieve him of his illness, so she resorts to the only possible solution–hurting Sal emotionally.

Though Pan de Salawal does share some similarities with ABS-CBN’s Wansapanataym, it easily proves that it’s not your average production with a few magical elements carelessly thrown into the mix. It’s a myriad of emotions rolled into a single film. The prevailing truth tells us that companionship and sacrifice are essential to surviving the gripping loneliness and impending doom we feel when battling sickness. While the outcome of Aguy’s decision to inflict emotional pain on Sal probably had to be the most heartbreaking thing to witness, the film’s hilarious deadpan dialogue and the characters’ witty one-liners make everything seem a little less sad.

Igna is a grumpy grandmother whose quiet life in the Philippine countryside is disturbed when she is told by her townspeople that she could possibly win the title of the oldest living grandmother in the world. Visitors from all around the Philippines soon come knocking on her door to meet her, and the local sari-sari store triples its profits by selling “Lola Igna” merchandise to tourists. Igna is obviously not pleased, but her newfound fame allows her great-grandson, Tim, to find her and build their relationship. But as Tim spends more time with his great-grandmother, she lets him in on a secret: she’s ready to die.

Lola Igna examines the melancholy of reaching old age that nobody in mainstream cinema realistically depicts. To most, living such a long life is a blessing. Getting to spend so much time with your family and seeing it grow seems like an obvious goal for any senior citizen—but that isn’t exactly the case with people like Igna. At over 100 years old, Igna has witnessed countless friends pass on and leave her behind to grieve.

“Ako na lang ang laging iniiwan,” she would say, and you can’t blame her. However, a film that covers such a depressing topic doesn’t have to be all gray. Instead, director-writer Eduardo Roy, Jr. carefully weaves comedy into the plot to at least add a lighthearted flair to the pains of growing old.

You can always count on Erik Matti to scare the living crap out of you. This time, he does it through Seklusyon, where four deacons—Marco, Miguel, Carlo, and Fabian—are made to live in a secluded seminary for seven days before their ordination to the priesthood as a true test against evil. When Anghela, a little girl who has the power to heal the sick, is sent to the same seminary with a suspicious young nun named Cecilia, things start to take a turn for the worst. The four deacons’ greatest sins are uncovered and they are forced to bear the consequences of their past actions—with one of them hiding the fact that they used to prey on young children before striving to become a priest… a classic issue that continues to plague the Catholic church.

Though easily mistakable for blasphemy, Seklusyon faces viewers with the hard truth that even religious leaders like priests have some grave vices of their own when they’re supposed to embody Catholic values. Spoiler alert: three out of the four deacons end up getting ordained. As we’ve already seen in Smaller and Smaller Circles, the church definitely isn’t free of internal issues that God most certainly would not be happy with. Even the average individual can relate to the resounding premise Seklusyon hopes to present: that the consequences of your actions will always find their way back to you.

Looking for childhood nostalgia in the form of a lighthearted film? Patintero is the way to go. If the title doesn’t already make it obvious, the film features Meng, a young grade-schooler who loves patintero even though she sucks at the game. Not letting her poor playing skills stop her, she puts together a patintero team to compete in their barangay’s sports fest. Staying true to their team name of “The Losers,” they end up losing almost every single game they compete in. But the losing team still emerges victorious with its newfound appreciation for friendship. We know this sounds cheesy but please, hear us out.

Patintero takes an ordinary childhood game and successfully stretches it out to teach viewers a thing or two about fairness and the intricacies of navigating childhood. For one, even something as seemingly trivial as patintero has its own set of strict rules that value the principle of playing fair and keeping your word no matter what—something our government officials have yet to learn…

Unfortunately, many people didn’t have the privilege of merely worrying about having fun and excelling academically growing up, either. Patintero unapologetically presents the wounds children carry from family problems and how indulging in innocent games like patintero with friends can help heal them. Balancing this out to throw humor and excitement into the mix, the film also features dramatic anime-like action montages to hilariously portray the game as a grueling sport. Admit it, that’s how we saw patintero as kids, too. A comedic tale of love, forgiveness, healing, and even true sportsmanship, Patintero definitely deserves a spot on your to-watch list.

This Jerrold Tarog original centers on award-winning actress Jane Ciego, who lands herself in the hospital after suffering a fatal accident at a movie shoot. While Jane remains confined to her house to recover quickly, her husband, Carlo, insists on hiring a caretaker named Lilibeth to look after his wife while he goes out to work. As Lilibeth grows more overbearing and strange, Jane begins to repeatedly experience a series of terrifying events she can’t seem to break out of.

Finding an eerily mind-boggling psychological thriller is already a challenge in itself, but Bliss easily shows time and time again why it’s lauded by many. A traumatic childhood causes Lilibeth to turn out the way she is, so she retaliates by mistreating her patients, in the same manner, she was violated years ago. Bliss rests on the more extreme spectrum of Philippine cinema, but it harbors unsettling themes that unfortunately exist in real life. It exposes the not-so-glamorous side of the entertainment industry that thrives under a highly normalized culture of abuse and exploitation in exchange for fame and success—a very real thing those in the industry are no strangers to. But it puts forth another disturbing phenomenon: the terrifying experience of losing control over your perception of reality. The eyebrow-raising chain of events will make you stay until the end for the horrific plot twist the film keeps hidden under its sleeve. 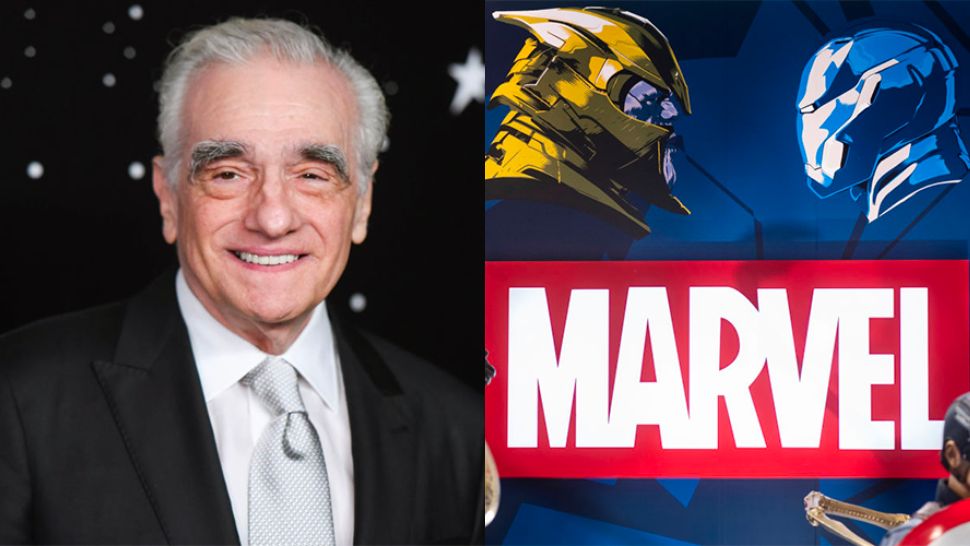 How Martin Scorsese Steered Marvel Towards Its Flop Era 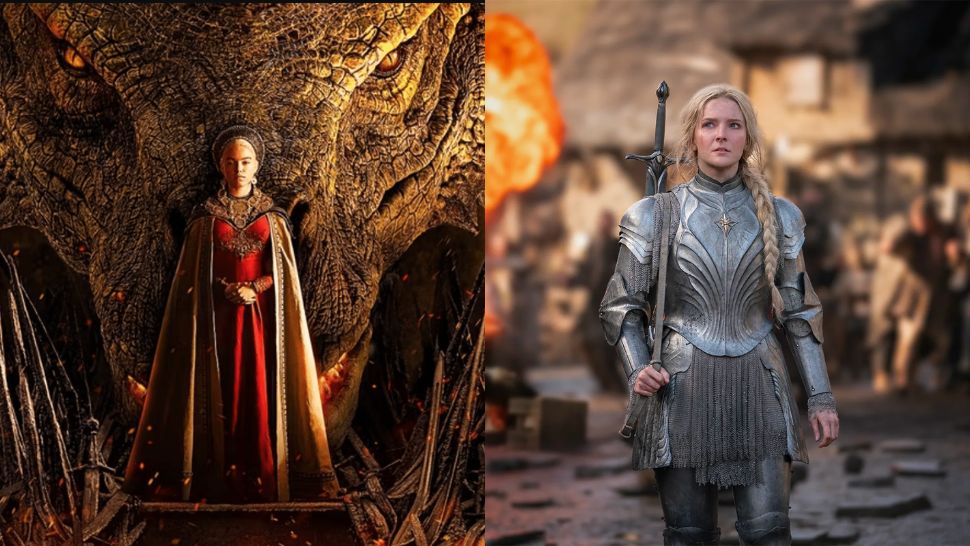 GOT vs. LOTR? Here's What George R.R. Martin Has to Say About the Fantasy Rivalry
All Photos
Comments
View As List