PPP Is The MMFF We Deserve

Pista ng Pelikulang Pilipino is the alternative film festival you’ve been waiting for. 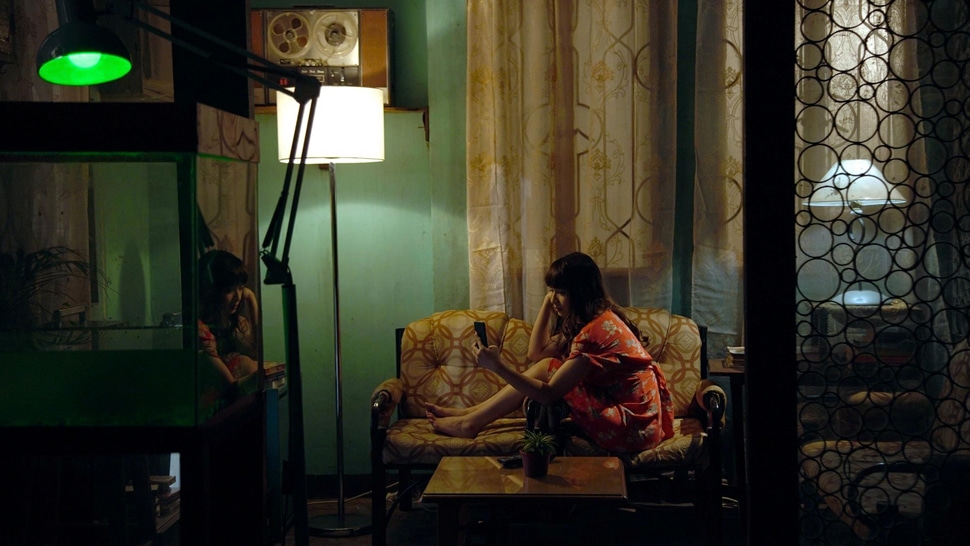 Ever since last year’s uncharacteristically indie Metro Manila Film Festival, Filipino cinema has been at the center of public debate about the state of local entertainment. It was, you would recall, reduced to a debate about indie and mainstream films: Which of the two should be screened at the most important local film festival every year? Films with substance and artistic value, or films that are commercially viable and inclusive? It’s a problematic dichotomy, to be sure, but the ultimate question was really one with a subtext of class antagonism: Whose tastes do we give importance to, the many or the few?

While the discussion still continues—and came to a head again when the MMFF announced the first four entries of its 2017 line-up—the popular argument against indie films was that we could always just look for another film festival for them. Leave the MMFF to the big studios and the kid-friendly Vice Ganda movies (which apparently isn’t an oxymoron) and go find your own place to sit, they said. So if indie film supporters can’t win, at least for now, we can take them up on that proposal.

The Pista ng Pelikulang Pilipino, which runs from August 16 to 22 in all cinemas nationwide, promises to be the festival for Filipino films with more substance than your typical December blockbuster—and based on what we’ve seen from its lineup, we expect it will deliver on that promise, and then some. If you happen to be one of the many people who spoke out in support of last year’s indie-fied MMFF, it’s time to make good on all your long Facebook posts by filling theatre seats this week.

Here are the festival's 12 films, and our initial impressions of each one:

Birdshot
Which summarizes itself as: “A coming-of-age thriller that tells the story of a young farm girl who wanders off into a Philippine forest reserve. Deep within the reservation she mistakenly shoots and kills a critically endangered and protected Philippine Eagle. As the local authorities begin a manhunt to track down the poacher of a national bird, their investigation leads them to an even more horrific discovery.”
See it because: Director Mikhail Red, the 25-year-old son of Filipino alternative filmmaker Raymond Red, won best new director at the Vancouver International Film Festival for his Cinemalaya 2013 entry, Rekorder. Birdshot has been very well-received by critics, and even won Best Asian Future Film at the Tokyo International Film Festival. It’s by far the most promising film in the lineup, and certainly the one we’re most excited to see.

Patay na si Hesus
Which summarizes itself as: “When Iyay (Jaclyn Jose) learns that Hesus, her ex-husband, has died, she gathers her children and tells them they are going on a road trip from Cebu City to Dumaguete. No ifs or buts about it: they are attending their father's funeral. Her children—Hubert, who has Down Syndrome; Jude, a lovesick trans man; and Jay, who is living the bum life—join her with varying degrees of reluctance as she drives them in her extra-mini mini-van. One unplanned detour comes after another, each pushing this family closer to confronting the past and figuring out how to enjoy the ride to an uncertain future.”
See it because: The trailer promises a uniquely Filipino comedy with some real substance, and anyone who didn’t get to see Jaclyn Jose’s Cannes award-winning performance in Ma’ Rosa might want to make up for it by seeing this. Plus, Patay Na Si Hesus won the Gender Sensitivity Award at the 2016 QCinema International Film Festival, so you can bet that it’s woke-friendly.

Pauwi Na
Which summarizes itself as: “Follow the journey of a Filipino family, Jesus Christ, and a dog, as they travel hundreds of miles from the city to the province using only a pedicab.”
See it because: It won the Golden Goblet Award For Best Feature Film at the 2017 Shanghai Film Festival, and was even praised by The Hollywood Reporter. Also, it’s inspired by a true story of a family who actually did take a pedicab from Manila to Leyte.

Star na si Van Damme Stallone
Which summarizes itself as: “A story of a kid diagnosed with Down syndrome and dreams of being an artista; his family has to make ends (and dreams) meet.”
See it because: It seems to have a sensitivity for kids with Down’s Syndrome, a sense of purpose in raising awareness for children with special needs, and some levity. If it delivers on these as it hits theatres nationwide, Star Na Si Van Damme Stallone could be a significant Filipino film.

Hamog
Which summarizes itself as: “A child's play at the end of innocence, heading towards a journey at the beginning of life”
See it because: The trailer looks like this film barred no holds in its depiction of urban poverty. And if you have no patience for all the real-life batang hamog who badger you out in the streets, this might help you take a more empathic look at them.

Salvage
Which summarizes itself as: “After being suspended, a TV news team is redirected to an unwanted assignment of covering news about Aswang rumors in Central Mindanao. Cynical and unenthusiastic, they follow their lead towards a remote barrio where it is said to have started it all. However on their way, a group of armed men in military uniform tries to abduct them. As they escape towards the forest, they encounter a series of events that leads them to question the identity of their captors.”
See it because: Horror as a genre seems to be having a moment in Hollywood, and yet it’s also always been a big part of Filipino cinema. That’s why it’s exciting to see local filmmakers trying their hands at other sub-genres like found footage, hopefully expanding our repertoire.

Paglipay
Which summarizes itself as: “The narrative opens as we follow Atan’s fulfillment of his arranged marriage with a fellow Aeta, Ani. He has to pay a dowry (bandi) or bride’s price to Ani’s parents. Atan needs to cross the mountain river going to Banwa, the town where he could earn the necessary amount for the bandi, however he meets Rain, a student from Manila who would make his life turn upside down.”
See it because: The setting, characters, and story are so distinctly Filipino, and based on that alone, it seems like it’s worth a view. You can expect a lot of beautiful shots of the Filipino countryside, too—the kind that might make you want to go on a road trip this weekend.

100 Na Tula Para Kay Stella
Which summarizes itself as: “A stuttering college student writes 100 poems for Stella, the university rock chick.”
See it because: This looks like the one in the bunch that’s most like a traditional romcom, which might be what you (or the missus) are looking for. And while it does look like it was intended for audiences in the Jansport-wearing age groups, it seems to pay more attention to its writing than anything with Enrique Gil and Liza Soberano in it, so it might be more bearable.

Triptiko
Which summarizes itself as: “A three-story film that unearths the mysterious happenings in the lives of a playboy whose luck runs short when he witnesses a crime, a model whose skin-deep curse reaches a boiling point, and a musician chasing after light-footed love.”
See it because: It’s a three-for-one deal! And it gets plus points for a concise, self-aware description in its trailer: Tatlong kwentong medyo weird.

Bar Boys
Which summarizes itself as: “The misadventures of three young men who try their luck in the college of law. As their friendship, families, relationships and convictions are brought to breaking point, they must keep their heads and emotions together as they prepare for the big day.”
See it because: You are, or know someone who’s going to law school, someone who went to law school, or someone who wants to go to law school.

AWOL
Which summarizes itself as: “An action-thriller about an expert Army sniper who armed with his tactical knowledge and deadly skills, goes on a quest to protect his family from the man who masterminded the attempt on his life and his loved ones.”
See it because: It’s the only pure action film in the PPP, so if you happen to be looking for a shoot-’em-up, this should do the trick. Although we have to admit: The narrative of a disavowed soldier on the run from the authorities is a tired trope, and we’re especially dubious of films with guns in the age of Duterte. If anything, this might be something you can watch with the baby boomers in your family. 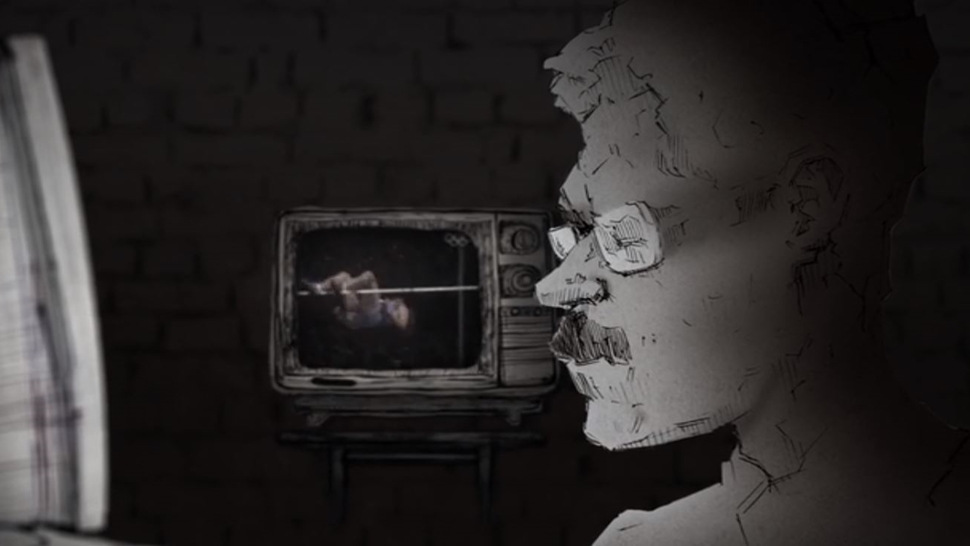 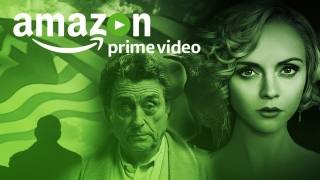