QCinema's Asian Next Wave competition puts the spotlight on prodigies.

This year, the QCinema International Film Festival is reprising its Asian Next Wave Competition. While the Circle Competition, which features new Filipino films, is still its main event, QCinema also serves as a platform for other prodigious directors from elsewhere the region.

This new crop of Asian filmmakers each have less than three feature films to their name, but all have shown incredible promise. Their most recent films will be showcased here in the Philippines later this month, vying for the competition's top prize.

Here are the contestants:

QCinema synopsis: "In industrial Singapore, police investigator Lok must find a missing migrant worker named Wang. Wang suffers a worksite accident and is anxious about repatriation. Unable to sleep, Wang starts frequenting a dreamy cybercafé in the dead of the night. Hoping to look for some form of human connection in this foreign land he feels alienated from, Wang forms a virtual friendship with a mysterious gamer that takes a sinister turn. When Wang suddenly disappears, Lok digs deep into the trail leading to a land reclamation site, in order to uncover the truth beneath all that sand."

A Long Day's Journey Into Night by Gan Bi (China)

QCinema synopsis: "Luo Hongwu returns to his hometown in search of an enigmatic and beautiful woman, Wan Qiwen. Searching for a long-lost love, he recalls the summer he spent with her twenty years ago—one he hopes to remember by returning to the place where he met and fell in love with her. As he begins to wander around the dreamlike ruins of a provincial town, memories of his former lover continue to appear."

QCinema synopsis: "Pich and Shane are former lovers who reunite and rekindle their love, both coping with their own tragedies. Pich finds solace in creating intricate, ceremonial ornaments from folded banana leaves and white jasmine flowers, while Shane takes vows as a monk to heal from a loss. Reminiscent of the work of Thai auteur Apichatpong Weerasethakul, this gorgeously lyrical and seductive tapestry weaves Thai traditions and Buddhist philosophy to explore love, death, and healing with tenderness and nuance."

The Seen and Unseen by Kamila Andini (Indonesia)

QCinema synopsis: "While in a hospital room, 10-year-old Tantri realizes that she will not have much time left with her twin brother, Tantra. Tantra's brain is weakening and slowly beginning to lose his senses. He now spends most of his time lying in bed, while Tantri has to accept the reality that she must soon face life alone. This situation opens up something in Tantri's mind: she keeps waking up in the middle of the night from a dream and seeing Tantra. The night becomes their playground. Tantri experiences a magical journey and an emotional relationship through body expressions, finding herself between reality and imagination, loss and hope."

QCinema synopsis: "In 19th century rural Vietnam, 14-year-old May becomes the third wife of wealthy landowner Hung. Soon she learns that she can only gain status by asserting herself as a woman who can give birth to a male child. May's hope to change her status turns into a real and tantalizing possibility when she gets pregnant. Faced with forbidden love and its devastating consequences, May finally comes to an understanding of the brutal truth: the options available to her are few and far between."

The QCinema International Film Festival runs from October 21 to 30, 2018. The Asian Next Wave Competition films will be screened at Gateway Mall (Cineplex 10); Robinsons Galleria (Robinsons Movieworld); and Ayala Malls Cinema in Trinoma and U.P. Town Center. 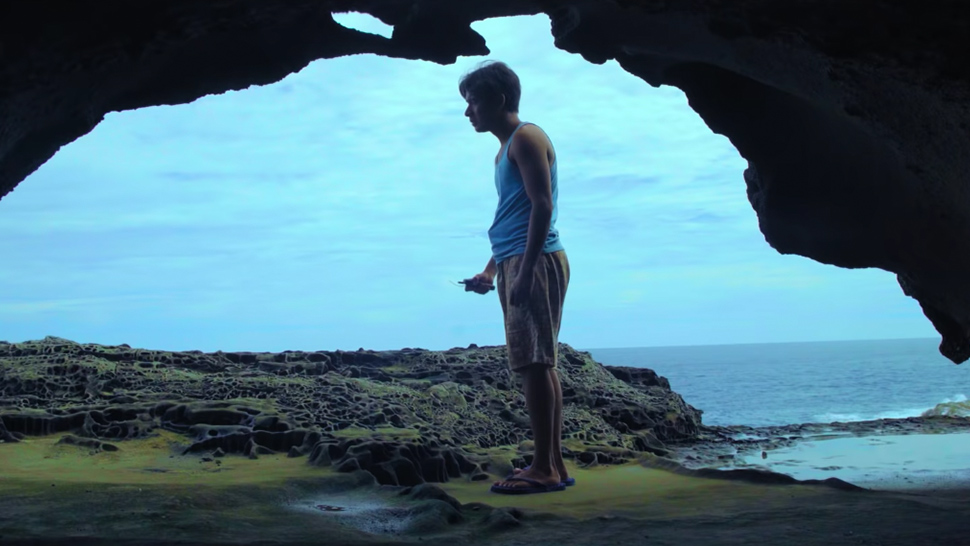 'Signal Rock' is the Philippines' Entry to the 2019 Oscars

The Full Version of "Shallow" From A Star Is Born Is Big, Beautiful, and Worth the Wait
All Photos
Comments
View As List