Riverdale, So Angsty, So Addicting

Come for the attractive cast and nostalgia, stay for the mystery and soapy drama

You've probably seen the trailer on the Internet: a sleepy old-fashioned town amid dense, foggy forests, extremely attractive teenagers who represent every high school stereotype in existence, family drama, high school exploits, adolescent angst, and numerous scenes of gorgeous humans making out with each other (on a couch, inside a building, by the riverside, in the cramped backseat of a Volkswagen beetle, inside a very roomy coat closet).

Did I mention the dead body in the river, too?

In The CW’s Riverdale, the universally beloved Archie Comics has been reborn into a sexy, teenage soap opera that we've been missing since Gossip Girl ended five years ago.

The similarities are so apparent that not a few have called the series “Gossip Girl meets Twin Peaks.” Two episodes in, it's clear that Riverdale is setting itself up to become one of those habit-forming teen soaps featuring genetically gifted teenagers, albeit viewed through a Lynchian lens.

Comic books being adapted to the screen is by no means an extraordinary occurrence. In fact, it has become quite the trend in pop culture. Marvel and DC have been exhausting their franchises to create not just blockbusters, but also small-screen successes like Agents of S.H.I.E.L.D. and Agent Carter, The Flash and Supergirl to name a few. Vertigo, the DC Comics imprint, has also ventured into the same route with iZombie, Lucifer, and Preacher. Plus, Netflix has its own contribution, with Daredevil, Jessica Jones, and Luke Cage. The video-streaming giant will also soon add Iron Fist, The Defenders, and The Punisher to its roster of original programming.

Riverdale, which is available for streaming also on Netflix, however, is not so much an adaptation as it is a reboot—darker, edgier, and more provocative. It takes the characters we know and love and turns them upside-down then inside-out, breathing new life (and even a new persona) into them.

Just like cult success Stranger Things, the series is a pastiche of the familiar—not just from the comics, Gossip Girl, and Twin Peaks. Elements from Dawson's Creek and One Tree Hill show up as well, and some aspects are reminiscent of Pretty Little Liars, Mean Girls, and a whole lot of Veronica Mars.

And of course it is. Asking which came first Archie or the genre’s tropes—especially the romance of it all—is a chicken-and-egg conundrum. But the point is, no matter how cliched, we're taking the bait.

In first half of the pilot, Riverdale orients us to  the Archie story we know and love: the town slogan, Pop Tate’s Chock’lit Shoppe, that famous love triangle, even Archie’s too-red carrot top and Betty’s signature blonde ponytail. But looks can be deceiving. Small sleepy towns can harbor big devastating secrets, and some secrets are a killer.

As cynical wannabe novelist and Riverdale narrator Jughead Jones (Cole Sprouse) says: “From a distance, it presents itself like so many other small towns all over the world: safe, decent, innocent. Get closer though, and you start seeing the shadows underneath.”

Riverdale begins its story with the death of a popular, affluent teen. Jason Blossom (Trevor Stines), high school quarterback and town golden boy is presumed dead after falling into Sweetwater River after a supposed accident while on a boat ride with his twin sister Cheryl (Madelaine Petsch), school queen bee and “head bitch in charge” as her tee says.

The small town of Riverdale, as expected, is rocked by this shocking news. But similar to all murder-mysteries, not everything is what it seems. As the circumstances behind Jason’s death come to light bit by bit, so do the dark secrets of the people around him. 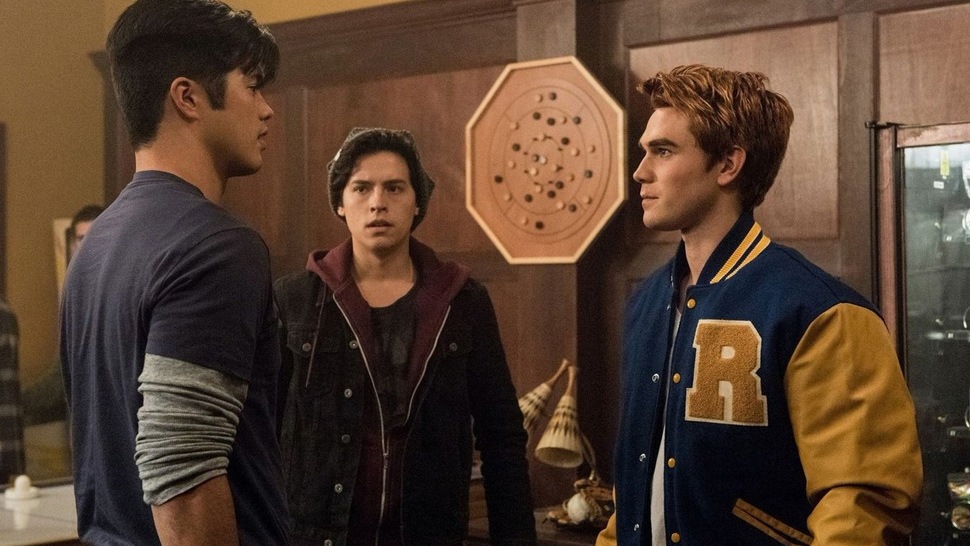 I wasn’t a big fan of Archie growing up, but I did read a couple of those Double Digests (mostly Betty & Veronica) whenever I got the chance. Being familiar with the comics, however, doesn’t really matter when watching Riverdale as the show deviates considerably from the reference material.

Sure, some aspects are maintained. (The hair colors, for one.) But while CW lures you with nostalgia, as you watch the series, you're introduced to something entirely different. Just look at the lead, Archie Andrews (K.J. Apa). The boy-next-door in the comics has morphed into a suave Cullen-esque redhead who seems intent on showing off his physique every chance he gets.

The whole storyline has been updated to the tone of the times. Archie, for example, although depicted in the series as white, is played by a half-Samoan New Zealand native. Veronica Lodge, played by Camila Mendes, is Latina. Josie and the Pussycats (Ashleigh Murray as Josie McCoy, Asha Bromfield as Melody Valentine, and Hayleau as Valerie Brown) is now an all-black girl band. Kevin Keller (Casey Cott), Archie Comics’ first openly gay character, is featured prominently in the show as one of Betty Cooper’s (Lili Reinhart) closest friends, while Reggie Mantle, Archie’s main rival in the comics, is played by Asian-American Ross Butler.

Here, female friendship trumps romance: While the love triangle among the main protagonists served as the main theme in the comics, it's merely acknowledged in the TV show. Riverdale lets the two leading females develop their own personalities instead of being defined by their affection for the musician-jock/boy-next-door. (Although, I can also argue that Riverdale might set us up for something more than friendship between the girls—there is really so much that we could mine and explore in this show.)

Only a couple of episodes in and Riverdale is already proving to be a promising nailbiter. It is, however, not without flaws. Archie, as the hero, is still as bland as ever. It's as if all the personality from the comic books were compromised for TV-ready good looks. He is too much of an “everyman” to be anything but typical, but he's fortunate to have much more complex friends to give him a bit of color. While it plays on the familiar, putting a student-teacher romance is unnecessary and extremely tired. Either the show wises up and nips this "forbidden romance" or it reveals it for what it is—statutory rape.

The show is an addictive interpretation of the time-honored comics and proof that adaptations, no matter how different, could be given justice. A modern retelling of Archie fits right in this Era of Nostalgia in entertainment, along with the rest of the reboots, remakes, homages, reimaginings, and expansions of classic and iconic pop culture franchises. It's old-school cool, yes, but we can tell that there's more to this show than nostalgia.

Catch Riverdale on Netflix, with a new episode every Friday. 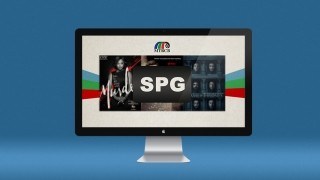 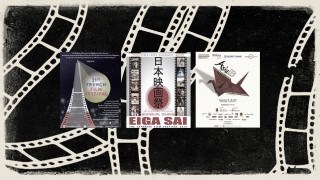 Mark Your Calendars: All the Film Festivals Happening in Metro Manila in 2017
All Photos
Comments
View As List