These homes are full of bumps in the night.

You know the drill: A young, attractive family moves into a new house, learns it's inhabited by ghosts, and, for some reason, they refuse to leave! There you have the basic trope of the haunted house movie. And while there are deviations of that simple plot, there are also plenty of other ways in which horror filmmakers have tinkered with the horror subgenre. Here are the best movies about haunted houses ever made. 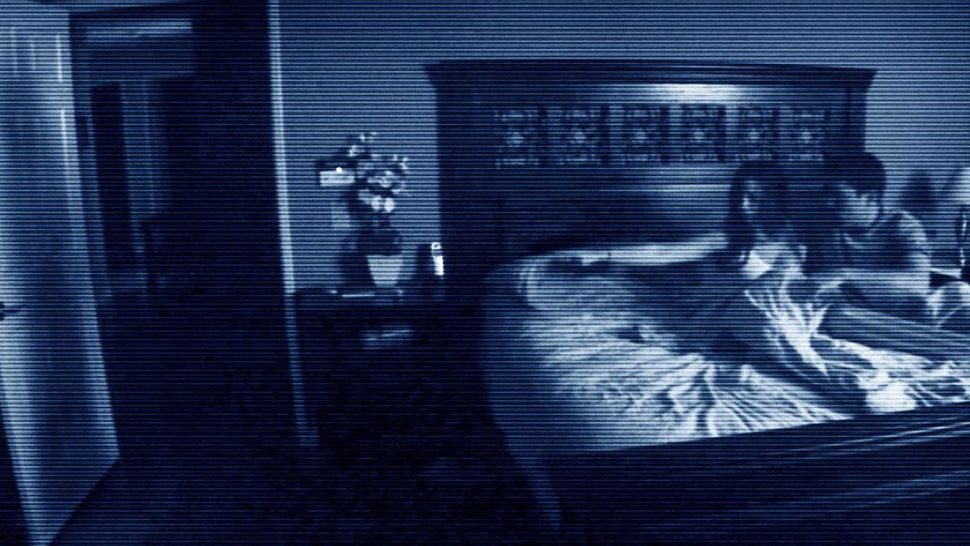 Almost a decade after The Blair Witch Project, Paranormal Activity reignited the found-footage horror film (and sparked a new film franchise with five sequels) with its inventive take on the haunted house movie. It follows the familiar trope: a couple moves into a new house, only to find it's haunted. But the twist: they record the hauntings with security cameras.

9 I Am the Pretty Thing That Lives in the House 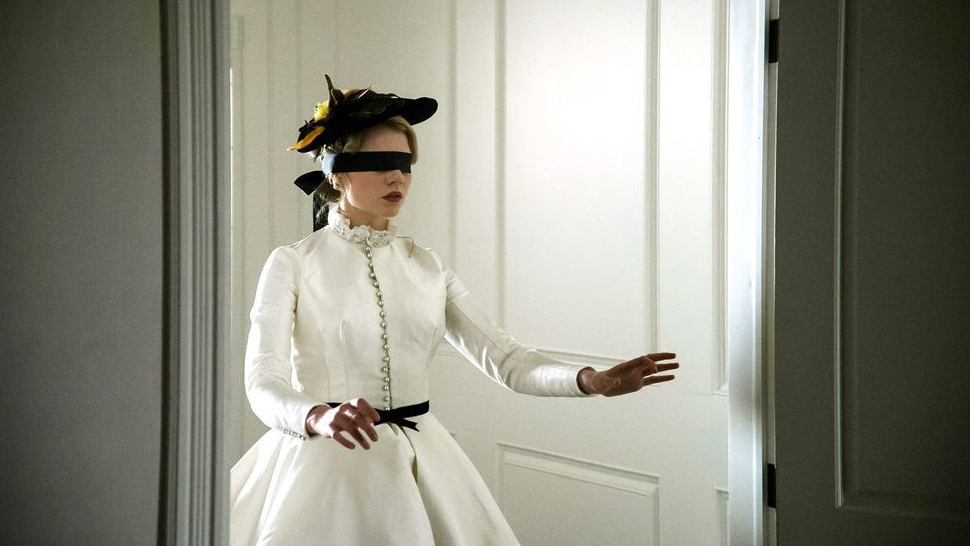 Director Osgood Perkins (son of Psycho star Anthony Perkins) helms this mystery about a live-in nurse, Lily (Ruth Wilson), who moves into the remote New England mansion owned by her patient, an elderly horror novelist who suffers from dementia. Soon Lily starts to question if the unsettling things that are taking place in this house came straight from one of her patient's books. 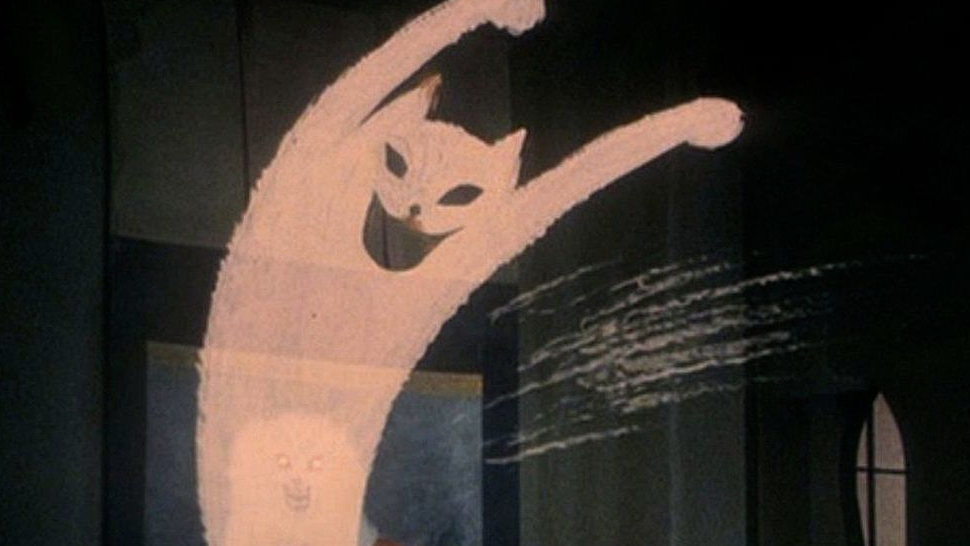 You haven't lived until you've seen this cult classic Japanese horror-comedy in which seven schoolgirls travel to a strange house that slowly devours each of them. House stars amateur actors and features some downright bonkers special effects, including a monstrous animated cat. 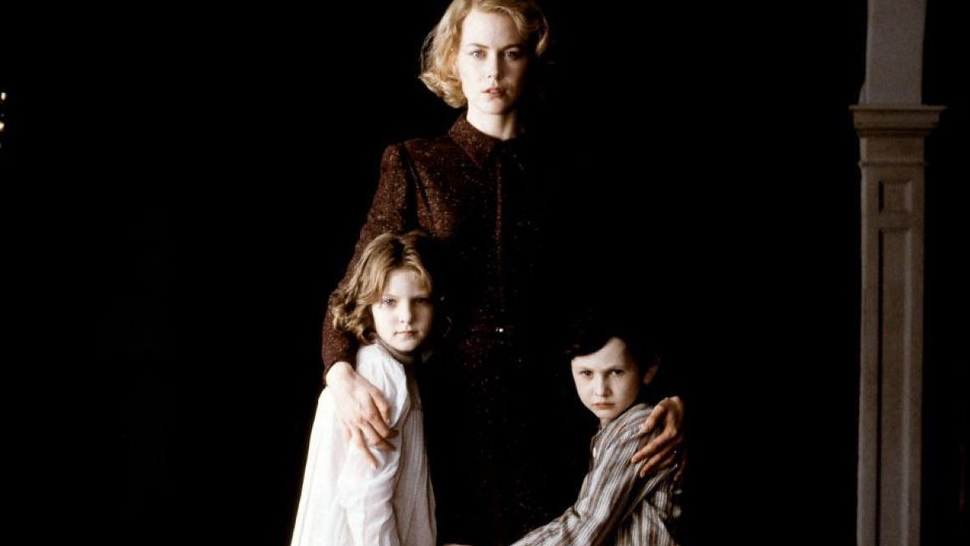 Alejandro Amenábar wrote and directed this gothic horror film starring Nicole Kidman as the tightly wound mother of two sickly children who cannot tolerate the sunlight. When three new servants arrive at their estate, supernatural activity begins in their dark and dreary home. With the children seeing ghosts and the mother slowly losing her mind, the tension builds and culminates in a surprising twist ending. 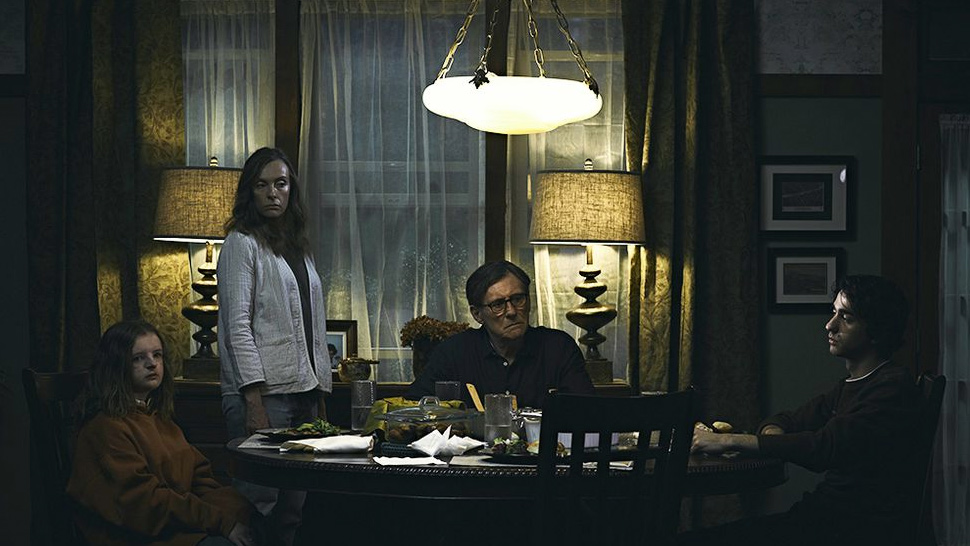 After her estranged mother dies, Annie (Toni Collette) begins to notice some peculiar activities around her house. After another shocking tragedy, Annie begins to spiral out of control. Is there a supernatural force attempting to manipulate her family, or is it all in her head? 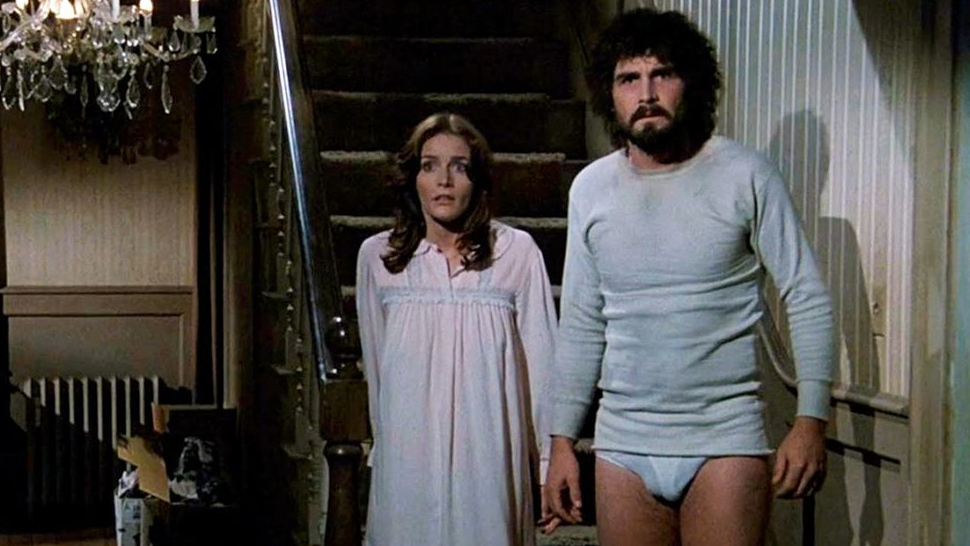 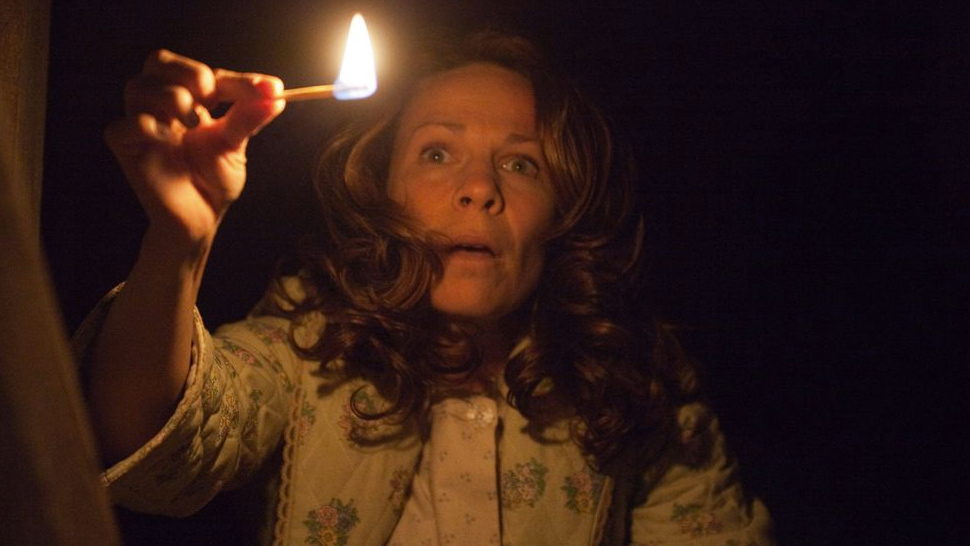 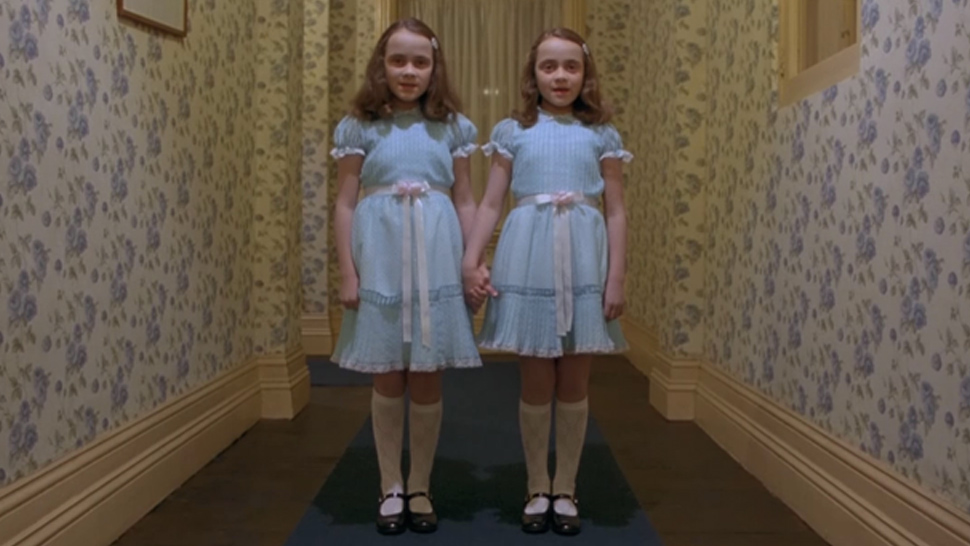 Why settle for a haunted house when you can have a haunted hotel? One of the greatest films ever made, Stanley Kubrick's adaptation of Stephen King's horror novel uses its source material as the foundation for a terrifying exercise in psychological horror. Jack Nicholson plays a troubled writer who moves his family into the Overlook Hotel for the off-season, but he soon descends into madness as the resort's longterm supernatural guests play games with his mind. 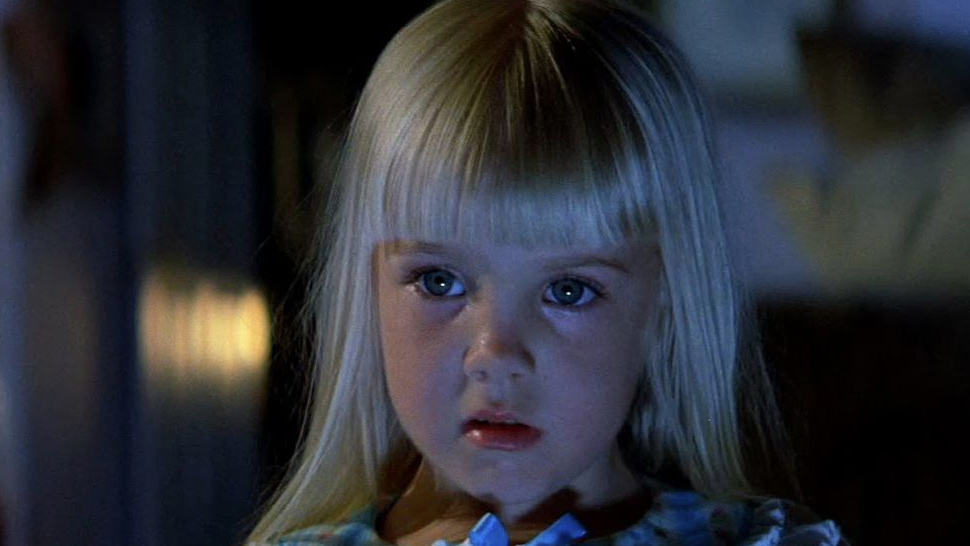 A suburban California family is terrorized by a host of invisible ghosts and monsters—some playful, some downright evil—in this Steven Spielberg-penned film. It's full of jump scares, ominous moods, and psychological horror, and it features one of the most iconic lines in the history of scary movies: "They're heeeere." 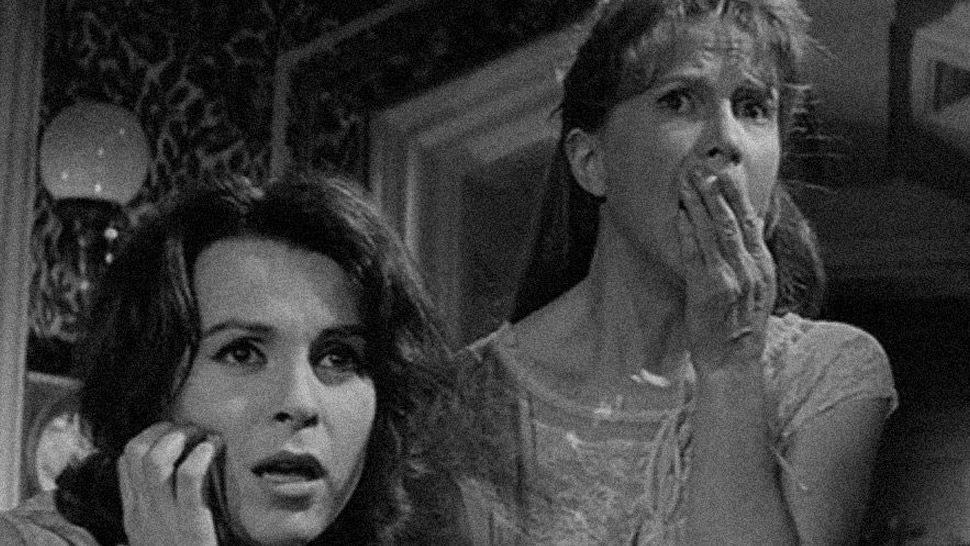 Based on Shirley Jackson's brilliant novel The Haunting of Hill House, this film finds a small group of guests participating in a paranormal study of a supposedly haunted mansion. There are horrifying bumps in the night, but it may not just be ghosts who are the cause of the guests' frights—but the 3spirit of the house itself. 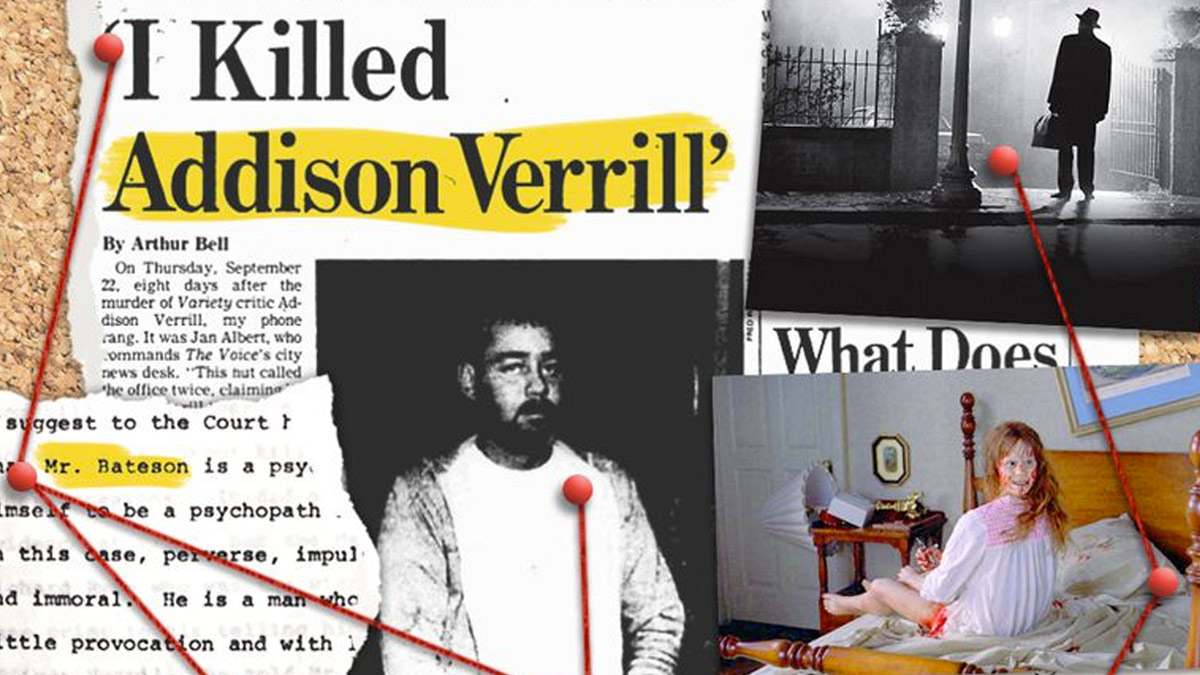 Searching for the Truth About Paul Bateson, the Real-Life Killer in 'The Exorcist'
All Photos
Comments
View As List