In related news, the existence of the Loch Ness Monster has been confirmed.

Over the Fourth of July weekend, viewers settled into the new Netflix series Sex/Life, which is largely about sex, less so about life. But as the series moves forward, there is one scene in particular that has captured the collective attention of the internet. No need to dangle the fruit any longer because, if you've seen the scene, you know there's already been enough dangling for a lifetime. It's a penis. A gigantic penis. A penis so big that it's offensive in scope.

The series follows an impossibly attractive woman named Billie, as she navigates the extramarital affair she's keeping from her impossibly attractive husband, Cooper. There's a lot of sex and a smattering of plot. To make matters worse, she's having said affair with her impossibly attractive ex-boyfriend, Brad, who has a penis that could put some tape measurers out of business. In episode three, the penis gets the full reveal as both men go into the gym shower to wash away the stifling masculine pheromones that follow a day of pumping iron. It's there that Brad's giant dick makes its debut. He turns around, and it's just like bam. It's a penis you can never unsee.

If none of that impresses you much, Shania Twain, then the real pièce de résistance is that apparently, this is actor Adam Demos' real penis, which means that we're not dealing with a Loch Ness Monster situation. There are real penises like that out there that are lurking in nature. Logistically, there are too many questions, so instead, let's focus on the general shock and awe expressed on the internet.

Anyway. The scene is at the 19:30 mark in the episode. Good luck ever sleeping again. Oh, and everyone was made the way we were intended to be made, so be kind to yourself. 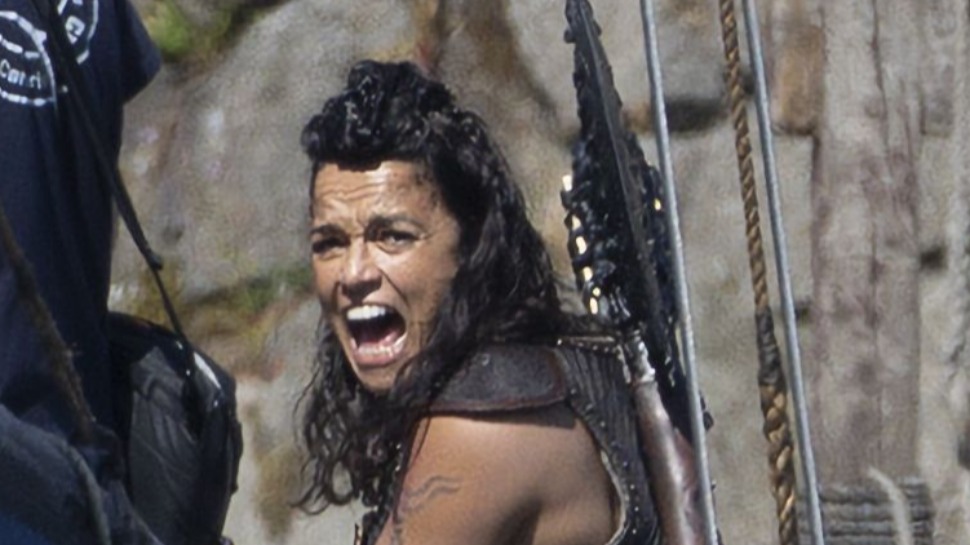