It seemed, in its trailer, like Paul Soriano’s Siargao was aware of all the island getaway movie tropes that it needed to avoid. “Finding yourself, fixing a broken heart, Eat Pray Love—’yan ang drama niyan, bai” says Diego, played by Jericho Rosales, with a tinge of cynical mockery. It was enough for us to hope that Siargao could veer from those clichés, or at least provide a fresh and self-aware take on them. But no.

Regrettably, the movie falls within the same crop of tired and shallow melodramas targeted at millennials, and is hampered by awkward dialogue, failed attempts at profundity, and a paper-thin storyline.

I’ll admit to having a keen (and perhaps unfair) bias against movies that romanticize the lives of narcissistic “vloggers” or “influencers” and make it seem like those are viable career options for impressionable youths. And Siargao is such a movie, with Erich Gonzales as Laura—a vlogger who readily flaunts the number of followers she has. Bedeviled by a previous relationship, Laura escapes to Siargao armed with a selfie stick and a compact DSLR to take videos of herself.

And yet, even if I set that bias aside, there's no saving the movie’s plot, which clumsily meanders around the vague romantic feelings between Diego, Laura, and Abi (played by Jasmine Curtis-Smith). It would be a stretch to call it a love triangle, though, because the movie doesn't plumb deep enough to give weight to the conflict, so it's hard to feel emotionally invested in the characters. There does seem to be a worthy effort to show internal conflict within each, implicitly and subtly—and that would have actually been interesting if it were done with more powerful dialogue and performances.

The real star of Siargao is easily Siargao itself, or maybe the drone that took all those incredible scenic shots that punctuate every part of the film 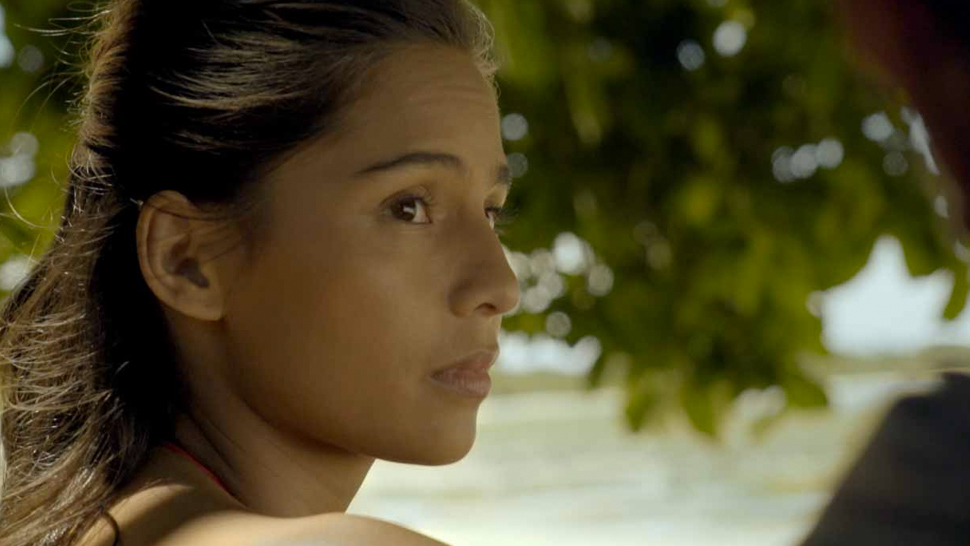 Which isn’t to say that there aren’t good performances in Siargao. Jericho Rosales (who deserves the MMFF "How Old is This Guy Again?" Award for 2017) shows his acting chops here, speaking in a fairly convincing Bisaya accent and delivering an altogether believable performance, which was only sullied by a terrible “surf is life” soliloquy towards the end of the film. Jasmine Curtis-Smith, who won Best Supporting Actress for her role in Siargao, also manages to endear with a range of emotions. Among them, it’s Erich Gonzales who falls flat and fails to provide any semblance of the relatability, nuance, and introspection that her character sorely needs. (That being said, it would have taken one hell of a thespian to make that “popcorn flavor” scene work.)

But the real star of Siargao is easily Siargao itself, or maybe the drone that took all those incredible scenic shots that punctuate every part of the film. If nothing else, Siargao is a spectacle of the island—well-shot, well-colored, and immensely alluring. You can almost imagine yourself double-tapping the screen every time the movie cuts to a wide shot. Aesthetically, Siargao is pretty airtight.

And sadly, for too many kids these days, that’s all that really matters: the aesthetics. Just take a flattering photo of yourself by the beach (check the lighting; make sure to show your abs), throw a nice VSCO filter on it, caption it with a meaningless platitude, tag your friends, then post it and wait for the likes to flood in. Bonus points if you can add references to your love life. Substance, storytelling, and depth aren't as important when you have beautiful people with other beautiful people and the suggestion of romance in a beautiful place. Maybe that’s enough for Instagram, but so much more can be done with a movie.

Why is ‘The Last Jedi’ the Most Divisive of the Star Wars Movies?
All Photos
Comments
View As List