It's fun plus a bag of endearing references.

It was difficult to set expectations of Solo: A Star Wars Story. From the very beginning, there were valid doubts: Do we really need a Han Solo origin story? And who else could bring the charisma that Harrison Ford brought to the character, without possibly ruining it? (Certainly not that guy from Hail Caesar; he looks nothing like Han Solo!)

Then, after it was announced that the production swapped out directing tandem Phil Lord and Chris Miller for Ron Howard midway through—and eventually, reports that Howard's reshoots comprise 70 percent of the final cut—fans began to fear what seemed inevitable: a bad Star Wars movie, the likes of which, to Disney's credit, we haven't seen since 2002's Attack of The Clones.

But thankfully, Solo is not a bad Star Wars movie. Howard came through with a thoroughly enjoyable heist film that while overlong at 143 minutes, touts breathless action sequences, cheeky humor, a buffet of tasteful fan service, and some cool new characters whom we'll definitely be seeing more of. The story itself may not be quite as strong as other recent Star Wars movies (including its immediate point-of-comparison, Rogue One: A Star Wars Story) but as a whole, it's fun enough to own its place in the franchise. 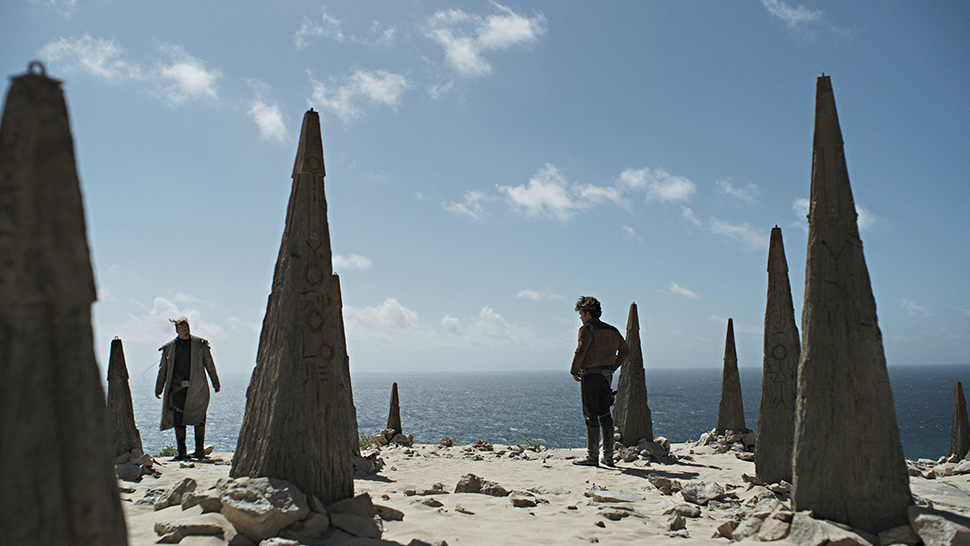 Alden Ehrenreich proves to be a competent Han Solo, living up to the character by delivering the requisite swagger and overconfidence that made Han so iconic in the first place. That being said, one might have expected Ehrenreich to draw more closely from Ford's Solo, perhaps in the way that Joseph Gordon-Levitt drew from Bruce Willis' expressions and mannerisms in Looper. Even as younger Han does have the same general attitude, there's a bit of a disconnect in the details.

Not so with Lando. Donald Glover makes a better effort to emulate Billy Dee Williams' portrayal of the character, down to his cadences and movements. As many came to expect, Glover's Calrissian is a standout feature of the movie (which is probably why he's getting his own spin-off).

As for the rest of the cast: Emilia Clarke's Qi'Ra is just fine, Woody Harrelson is an excellent fit for the Star Wars universe, Phoebe Waller-Bridge's L3-37 (the Star Wars movies' first female droid!) is endearing as a caricature of modern liberals, Paul Bettany is perfectly menacing as a villain, and Thandie Newton is...well, a missed opportunity. Solo also introduces us to a new character (and quite possibly the Star Wars movies' coolest helmet) towards the end, but we'll leave that one out for you to enjoy. Suffice it to say that there's a place for that character in future Star Wars installments.

Aesthetically, Solo works just right, with a gritty, gray tone and the consistent look and feel of desolation that's appropriate for the context (the story takes place as the Empire is conquering the galaxy and amassing power). The film is successful in its use of practical effects, too: droids and creatures feel real, which is the mark of every good Star Wars movie. Musical cues and the Star Wars score are administered to full effect as well, delivering some of the most exciting and emotional moments. 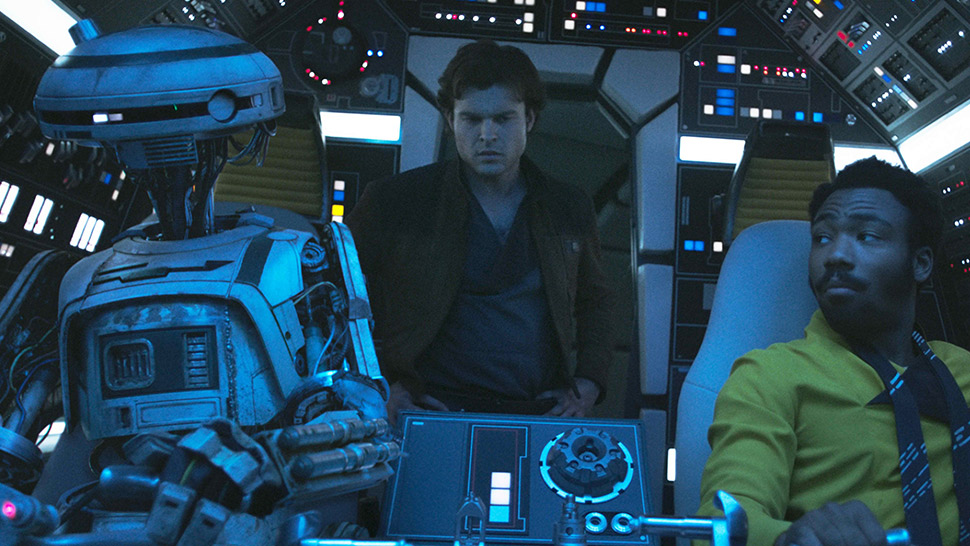 If anything, the main problem with Solo is in its story and storytelling. The story itself is believable enough, but unremarkable and uncomplex. (Sure, you don't expect Last Jedi-level complexity, but it would have been nice to feel a stronger moral undercurrent.) And too often, it felt like conflicts came up through hasty and technical explanations. Complications with the payload, the escape route, and the navigation computer were quickly brought up in the dialogue, so they felt like cheap ways of moving the plot forward. This is part of why the Kessel Run—which is supposed to be one of the most iconic parts of Millennium Falcon lore—felt just a little disappointing and weightless.

But taken as a whole, none of Solo's flaws were glaring enough to diminish everything that it got right. The action sequences were spectacular and genuinely exciting, and on top of that, the whole film is peppered with a lot of great Star Wars references that are sure to get fans all giddy in the theaters. Despite all the prior trials and fans' trepidations, we're still left with a worthy addition to the Star Wars universe, and one that proves that the franchise is capable of going in almost any new direction in the future.

Catch Solo: A Star Wars Story when it hits theaters in the Philippines on Wednesday, May 23. 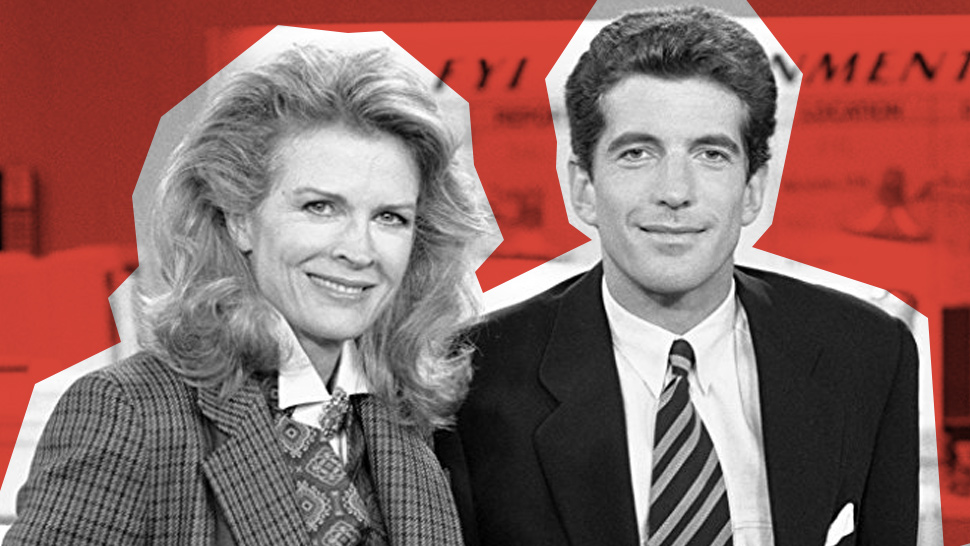 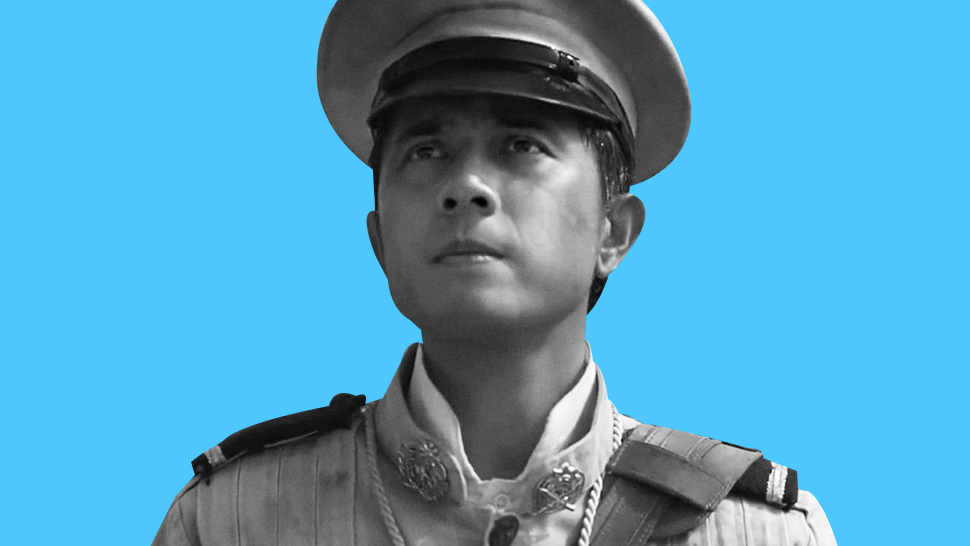