The movie clearly had it in for Julia Roberts, if she'd ever seen it coming. 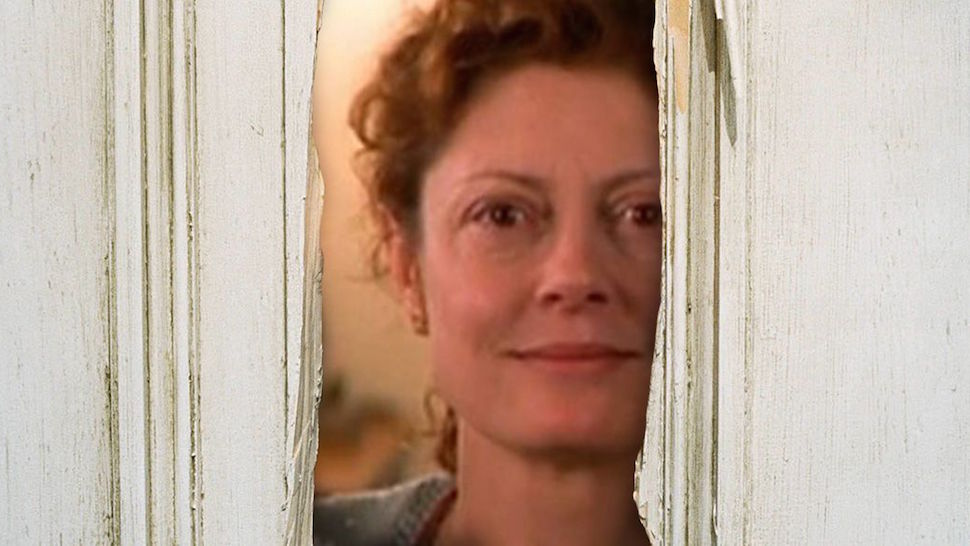 I hadn’t watched Stepmom in years—probably since I started associating it with the Sunday Scaries. My parents would take my brother and me to Wong’s Chinese Palace, which was decidedly not actual Chinese food. Then we’d go home and get ready for the school week and watch Stepmom on TBS, which seemed to be the only thing they aired on Sunday nights from 1999 to 2003. Tracing back my history with Stepmom, I do specifically remember throwing up at the end of it because I cried so hard, but why? Well. I decided to watch again, ahead of the 20th anniversary of its release, to figure that out.

On the surface, Stepmom is harmless: a cancer-stricken family drama with a score of 44 percent on Rotten Tomatoes. Ed Harris plays a lawyer who has taken a new lover in the form of a young, hip photographer named Isabel, played by Julia Roberts. She is tasked with taking on stepmother duties for a magician boy who is undoubtedly going to enroll in improv classes one day, as well as a teenage Jena Malone who cannot get her hormones under control. Susan Sarandon, essentially, plays herself. And then Susan gets cancer, smokes some weed, rides a horse, and dies

That's just the short version, though. Perhaps a rewatch would unearth something I hadn't noticed before? About 30 minutes into the film, which spans over two hours, I realized that this was just a Julia Roberts escape movie. Who was she escaping from? All of these people: her middle-aged boyfriend, Boy Magician, Jena Malone—an assorted "family" that should be embracing her instead of being an indisputable chorus of dicks. And on top of this pile of villains was the queen of them all, Susan Sarandon. Stepmom, while masquerading as a family drama, is nothing short of a horror movie wrapped in a thin layer of Christmas tinsel.

STEPMOM, WHILE MASQUERADING AS A FAMILY DRAMA, IS NOTHING SHORT OF A HORROR MOVIE WRAPPED IN A THIN LAYER OF CHRISTMAS TINSEL.

To catch you up to speed, the whole ordeal starts when Isabel (Roberts) is abandoned in her boyfriend's home with his two kids, Jena Malone and Boy Magician. Jena Malone is freaking outbecause it's Purple Shirt day and hers is in the laundry because Isabel didn't wash it. Throughout the course of the film, Jena Malone and Boy Magician are traded off from parent to parent at an unreasonable pace, but Ed Harris and Susan Sarandon decide that the instability in their lives is, in fact, Isabel. This is only reinforced through several scenes in which Susan Sarandon and Jena Malone slut-shame Isabel and scoff at her as an ambitious career woman, which is ironic because throughout the film, Isabel only really works for a grand total of about four minutes at a time. Early in the film, she literally takes over creative control of a photoshoot, Photoshops a suit on a caterer, puts it on a floppy disk, and... that's it. "Overworked career woman" is a suspicious claim to make, but fine.

Even with the backbiting, I can get behind the storyline until Isabel gets the kids a dog as a sign of good will and Jena Malone proposes calling it "Isabel" because it smells like her and she's allergic to dogs just like she's allergic to her soon-to-be-stepmother. Instead of correcting her child, Susan Sarandon doubles down and is like, "makes sense," and all I can think is, Yikes, this is several tons worth of red flags. But then pretty much immediately after, Isabel accepts a marriage proposal from Ed Harris, and I'm sorry, but no sex can be good enough to deal with this bullshit.

Right after this, the movie pivots because Susan Sarandon is diagnosed with terminal lymphoma. Susan breaks down her sickness to Isabel, and you legitimately get horror movie music. It’s a particular kind of play, but sure. Milk the emotional card. Isabel thinks she's figured out an alternate big plan that Susan must have, but when you're a hardworking photographer with a floppy disk and a dream, you don't have time to fact check. That's when Susan turns the buck on her, fires up a joint, and lays on the guilt three layers thick.

But I'm not one to be fooled. This film is rife with gaslighting. At several points in the film, Jena Malone starts telling straight-up lies to people at school about the state of her parents' relationship. Then, when Isabel asks if she can take Jena Malone to see Pearl Jam on a Thursday, Susan Sarandon shoots her down only to later buy tickets herself and act like the whole conversation didn't happen. Essentially, this family is built on a house of lies, so what kind of stupid idiot would I be to take Susan Sarandon’s guilt at face value? A stupid idiot who has never seen a psychological thriller, that's who.

I THOUGHT I HAD CRIED AT STEPMOM BECAUSE IT WAS ABOUT TWO WOMEN SHARING THE GIFT AND BURDEN OF MOTHERHOOD. IN REALITY, I BELIEVE THAT THE REAL REASON WAS A SUBCONSCIOUS FEAR THAT LIFE IS RIDDLED WITH PEOPLE WHO DISTORT YOUR BELIEFS AND MOLD THEM TO FIT THEIR OWN AGENDA.

Stepmom is nothing short of a slow-burn horror film. Thinking back after all these years, I thought I had cried at the end of Stepmom because it had a poignant ending about two women sharing the gift and burden of motherhood, but in reality, I believe that the real reason I cried was a subconscious fear that life is riddled with people who distort your beliefs and mold them to fit their own agenda. Through reverse psychology and emotional manipulation, Susan and Ed bring Isabel deeper and deeper into the fold. Jena Malone even drops her guard a bit to tell Isabel about some boy troubles she has a school. The whole good-vibes arc culminates at a Thanksgiving play where kids sing "This Land Is Your Land (This Land Is My Land)" dressed as pilgrims, Native Americans, a Confederate soldier, the Clintons, and a human turkey that everyone shoots at the end. I wish I could say I were making this up, but it's true. The whole thing is one child in George Soros-cosplay short of a Fox Nation holiday special.

It's during this Thanksgiving play that Isabel's brainwashing is complete. She's not only gained the trust of Jena Malone, but has been trained well enough that she immediately takes the information about Jena Malone's boy problems directly to Susan Sarandon. You'd think that this should be enough to wrap up the whole transformation as Susan Sarandon fades into the darkness and Isabel steps in, but it's not. We still have about 45 minutes to go because, to quote Sam Shepard in August: Osage County quoting T.S. Eliot, "Life is very long."

While it's been noted several times throughout the first 90 minutes of the film that Isabel is loose as a goose, the writers decide to drive this home by having her offer advice to Jena Malone regarding her boy problems. She tells her to go to school and tell the boy that broke up with her: "Listen up limp dick. As for your pitiful knowledge of what a real women wants, I'm not going to waste my time on some loser who doesn't even know what snow blowing is." I refuse to explain what snow blowing is, but let's just say it's nothing Jena Malone should have been talking about. And when Susan Sarandon catches wind of what's happened, she lights up a joint and loses her mind on Isabel. It's the only time in this film that I sympathize with Susan Sarandon, and that's with the knowledge that she dies in the end.

But the family has invested time in gaslighting Isabel, so they just stick it out with her and essentially explain that she's the heir apparent now. Susan is not going to be around, and Isabel needs to pull it together because she's going to be the matriarch of this extremely crass group of people. No more talks of snow blowing. The rest of the film essentially ties up enough loose ends and making everyone seem likable enough that you forget that they've been mentally abusing the world's most low-key photographer for two hours. Isabel, lacking any self-awareness or ability to escape a family of psychopaths, agrees to stick around; she uses her photography skills to enshrine Susan Sarandon on a magic cape for Boy Magician's Christmas present. 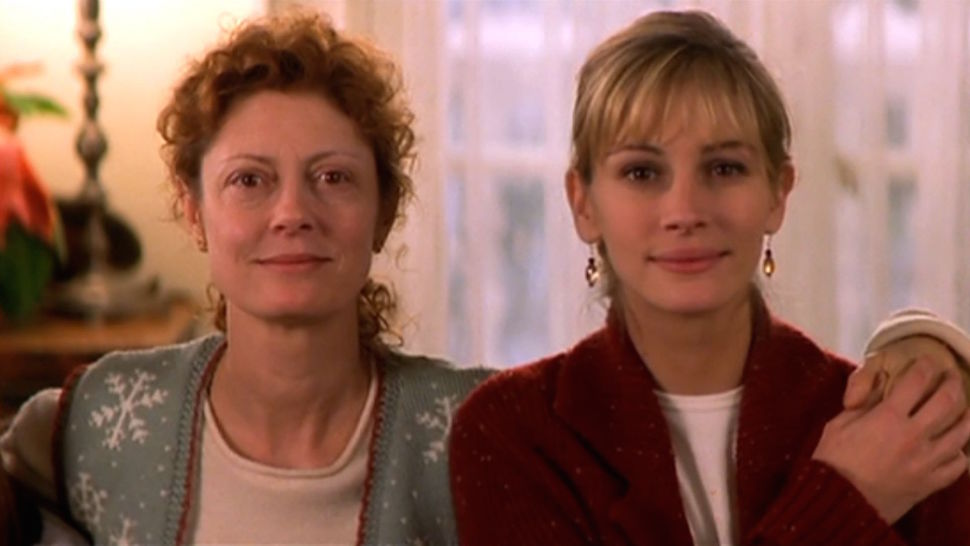 The photo above is the final shot of the film. Susan Sarandon has made peace with everyone in the family, fired up another joint, and prepared for her departure; meanwhile, Isabel has accepted her role as the new matriarch. But behind her warm smile is fear—fear that after all 135 minutes of this film, she's made a giant mistake in joining a family that has treated her so poorly for all this time, and all for Ed Harris, who hasn't even won an Oscar.

The film is a horrific exploration into the nuclear family, the lengths we'll go to berate another human, and the waning work ethic of an upcoming generation. But more than anything, it's a reminder that, especially at the holidays, it's worth asking if we really know the ones closest to us. Because lackadaisical photography gigs may come and go, but toxic family relationships that manipulate you into becoming something you're not definitely last forever. 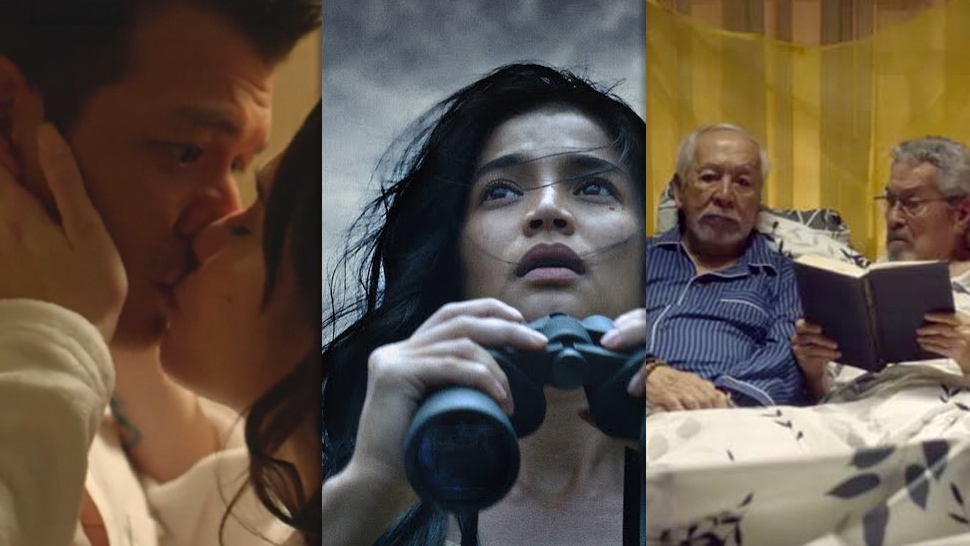