How can an eight-episode rush of nostalgia work so well in this post-television era? We trace the Netflix hit's influences and details its undeniably intoxicating storytelling. 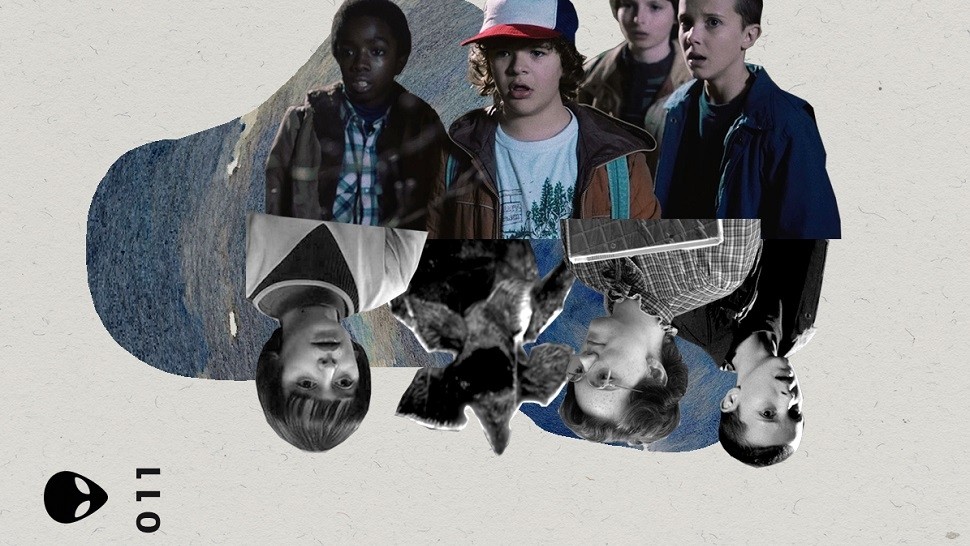 We’re living in a post-television era. Shows are consumed (read: streamed) in binges, story arcs are condensed into oneshot seasons, and auteurism has migrated from silver to even smaller screens. The genre choices are endless. There’s neo noir for the couch potato detective (The Night Of). You’ve got overtly sexual and overtly violent big-budget high-fantasy productions (Outlander and Game of Thrones, of course). And for viewers who prefer things not too far removed from reality, there’s a buffet of oddball romcoms (Catastrophe, You’re the Worst, Love) and socially aware dramas (Transparent, Orange is the New Black, Mr. Robot) to choose from. In a milieu ridden with prestige series, how could a paranormal pastiche piece like Netflix’s Stranger Things find cult success? 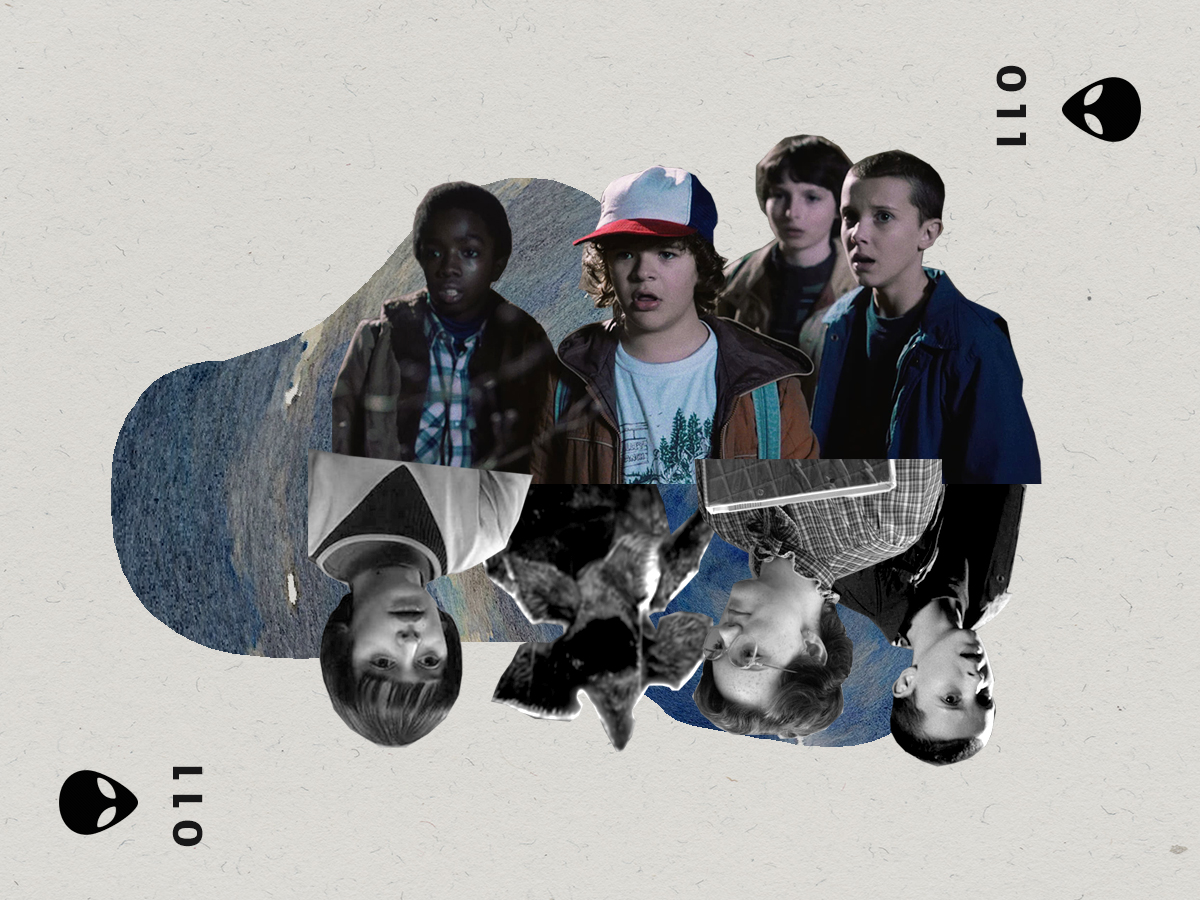 In a milieu ridden with prestige series, how could a paranormal pastiche piece like Netflix’s Stranger Things find cult success?

Set in the sleepy town of Hawkins, Indiana, the supernatural thriller centers on a few residents who must deal with the threat of a predatory creature from another dimension. The series opens with a ragtag group of geeky kids playing Dungeons and Dragons, one-fourth of whom is kidnapped by said inter-dimensional being. The missing boy’s anxious mom (played by ’90s icon Winona Ryder), a drunken sheriff (David Harbour), a bald girl with psionic abilities (Millie Bobby Brown), and an ambivalent virgin and her two potential love interests (Natalia Dyer, and Joe Keery and Charlie Heaton, respectively) round up the quirky cast of archetypes. These characters are all given subplots that pander to a wide demographic weaned on ’80s pop culture.

The Spielbergian influence can’t be denied—the adventures of the younger cast recalls coming-of-age favorites E.T. the Extraterrestrial and The Goonies. The single mom protagonist, a byproduct of a broken marriage, is also a Steven Spielberg trademark. The use of a synth-driven musical score that lends a looming sense of dread to the overall mood is reminiscent of horror master John Carpenter. One need not overanalyze to recognize the elements lifted from Stephen King’s popular works of fiction. The typography used for the opening credits even resembles his classic novels.

Stranger Things is a tapestry woven using techniques and themes that have proven to be successful for the artists who first employed them.

Stranger Things is a tapestry woven using techniques and themes that have proven to be successful for the artists who first employed them. Nowadays, nothing can be considered original anyway. And despite being borrowed, these all-too-familiar elements are repurposed for an audience that can tell the difference between inspiration and plagiarism. There are so many hidden references, that spotting the Easter eggs planted throughout the show would make for an interesting drinking game (poster of The Thing—shot!).

It’s a Netflix product that borrows from the best and never hides that fact, blatantly exposing its influences for viewers to spot and call out throughout its eight-episode run. The oxymoronic quality of it being that it relies on tropes and stereotypes to espouse authenticity. It’s as if show creators Matt and Ross Duffer took everything they loved about the decade, lined it up, and asked audiences to snort that sweet stuff—the ultimate TV fix. And, well, it works. When the last set of end credits come rolling, don’t be surprised if you are itching for more. 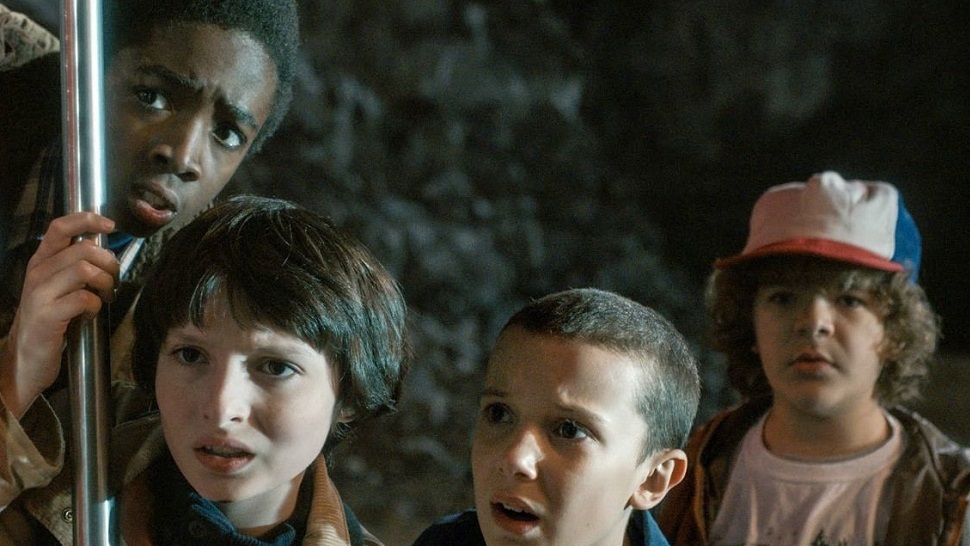 A timeline of the show’s cinematic influences

Altered States (1980): In order to heighten her powers, the telekinetic Eleven is placed in a sensory deprivation tank that resembles that of William Hurt’s Professor Edward Jessup in this psychedelic sci-fi outing.

E.T. the Extra-Terrestrial (1982): From the old-school bicycles, to Mike’s little sister, to the rainy night in the forest— the alien buddy film is referenced numerous times.

All the Right Moves (1983): The budding romance between Nancy and Steve will remind you of a young Lea Thompson and Tom Cruise in this teenage drama.

Firestarter (1984): Eleven experiences the same kind of government experimentation that a young Drew Barrymore undergoes in the movie adaptation of the Stephen King novel.

Stand By Me (1986): The tale of friendship between four boys is echoed from this film. Episode four is even titled The Body, same as the Stephen King novella that this movie adaptation is based on.

This piece originally appeared in our September 2016 issue.

About The Author
Anton D. Umali for FHM.com.ph
Anton D. Umali is the editor-in-chief of FHM.com.ph. When he isn't busy writing about movies, he's usually consuming them for breakfast, lunch, and dinner.
View Other Articles From Anton
Get The Latest Updates From Esquire!
Subscribe to our newsletter!
Comments
Latest Feed