The serial killer was executed ten years after the trial dramatized in Netflix’s new film.

Infamous serial killer Ted Bundy served as the basis for Netflix’s new film, Extremely Wicked, Shockingly Evil and Vile. The movie is an adaptation of a memoir by the murderer's former real-life girlfriend Elizabeth Kendall, and concludes shortly before Bundy’s 1989 execution. But it doesn’t tell viewers the story of the killer's death in Florida’s electric chair.

Bundy, who's played by Zac Efron in the film, murdered more than 30 women and girls in a brutal crime spree that spanned from Washington to Florida and included two escapes from police custody. After his final apprehension, Bundy was convicted of his Florida murders in two separate trials, and received three death sentences. After exhausting his appeals and confessing to his crimes, Bundy was executed on January 24th, 1989 for the rape and murder of 12-year-old Kimberly Leach.

On the night of his execution, Bundy placed two good-bye phone calls to his mother and was served a last meal of steak, eggs, hash browns and toast. (He’d declined to pick a personalized final dinner, so was given a standard meal that he apparently didn’t touch.) His death was cause for celebration—according to contemporaneous reporting by The Los Angeles Times, hundreds had gathered outside of the prison, banging pans and chanting, “Burn, Bundy, burn!”

Inside the prison, The LA Times reported that 42 witnesses had gathered to watch Bundy’s death:

Supt. Tom Barton asked Bundy if he had any last words. The killer hesitated. His voice quavered. [...]"I'd like you to give my love to my family and friends," he said. [...] With that, it was time. A last thick strap was pulled across Bundy's mouth and chin. The metal skullcap was bolted in place, its heavy black veil falling in front of the condemned man's face. Barton gave the go-ahead. An anonymous executioner pushed the button. Two thousand volts surged through the wires. Bundy's body tensed and his hands tightened into a clench. A tiny puff of smoke lifted from his right leg.

A minute later, the machine was turned off, and Bundy went limp. A paramedic opened the blue shirt and listened for a heartbeat. A second doctor aimed a light into his eyes.At 7:16 a.m., Theodore Robert Bundy—one of the most active killers of all time—was pronounced dead.

A Florida saloon marked Bundy’s 1989 execution by hosting a barbecue. The killer’s execution was greeted with local celebrations. 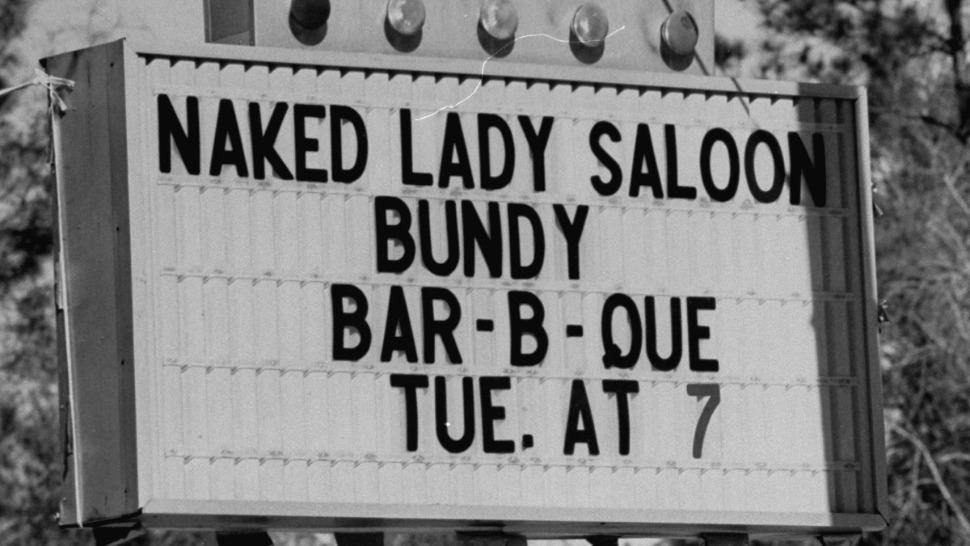 After his death, Bundy’s brain was removed and examined by scientists for any abnormalities that may have hinted at a source of his horrifying misdeeds. And while brain injuries have been linked to criminality by some researchers, Bundy’s brain apparently indicated no signs of trauma. Bundy’s body was cremated and, per his request, his ashes were scattered in Washington’s Cascade Mountains, the same mountain range in which the killer had deposited the bodies of at least four of his victims.