How does Hereditary's Charlie compare the creepy kids of yesteryear? 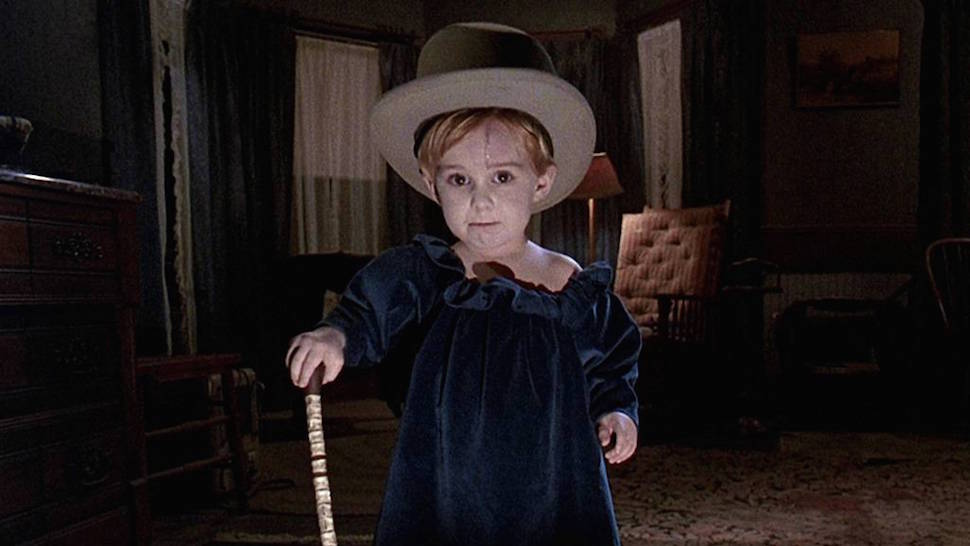 Ari Aster’s critically-acclaimed Hereditary introduced yet another terrifying child character to the annals of horror history: Milly Shapiro’s troubled Charlie, a young girl devastated by grief and afflicted with the worst case of dry mouth since Cheech and Chong.

It's a stellar breakout performance, but how does it compare to the creepy kids of yesteryear? To help jog your memory, we’ve rounded up the iconic child actors who have haunted our movie collections for decades.

1| The Grady Twins (The Shining)

Pedalling around Hotel Overlook on his tricycle, a perfectly executed, oft-unappreciated corner drift puts Danny Torrence in the presence of the ghostly Grady Twins.

“Hello Danny. Come and play with us,” they say in sing-song British accents, as flashbacks of their bloodied, axe-murdered bodies flicker before his trauma-laden eyes. “Forever, and ever, and ever.” 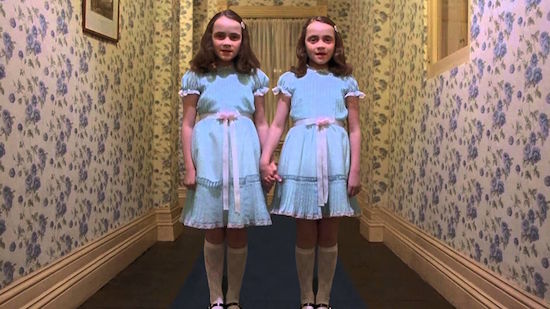 The trailer is notable for showing Brooke Shields’ headshot three times for no reason at all, as well as being unintentionally and unshakeably creepier than the actual film could ever hope to be. 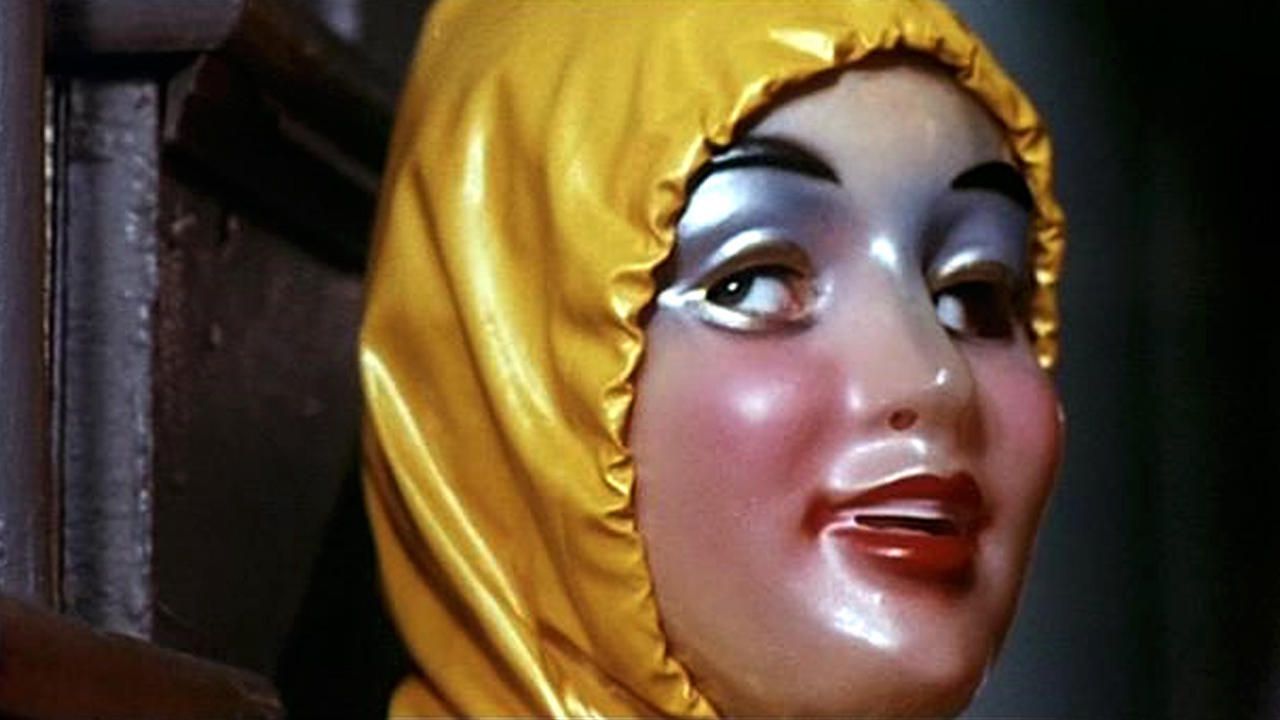 In fairness, Donner did ask the auditioning kids to attack him, but nobody summoned as much fury or violent know-how as Harvey. His intense, wild-eyed stare and demonic tantrums cemented him in cinema history as the archetypal Little Shit forevermore. 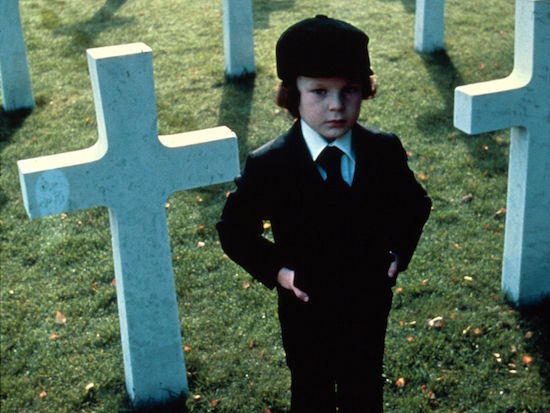 Even before she gets all green and pukey, Regan MacNeil is a truly spine-chilling child.

In fact, her most unsettling moment comes pre-Pazazu, during her mother’s dinner party. The adults are drinking and laughing and breaking into impromptu show tunes when Regan drifts downstairs and looms before them, a chill suddenly descending on the room.

“You’re going to die up there” she says to the bewildered guests, before weeing all over the carpet. It’s a buzz kill to say the least. Get the Grab Cars ordered. 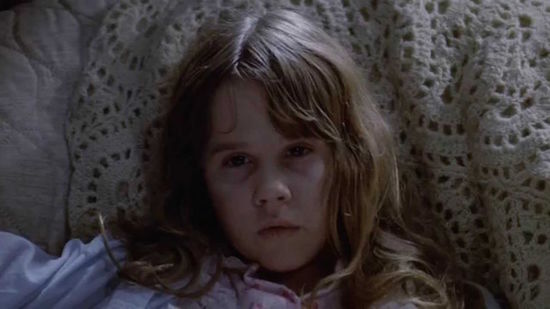 When baby Gage is tragically hit by a truck on the highway, the grieving Creed family decide to resurrect their child by way of an ancient, mystical burial ground in the woods.

Alas, they soon discover that –who'da thunk it? – the soil is cursed, and Gage returns as a scalpel-wielding psycho with a gnarly forehead scar and the perma-scowl of a perennial shin-kicker.

Having said that, all of the crimes that kid actor Miko Hughes commits in the movie pale in comparison to the beard he grew in later life. 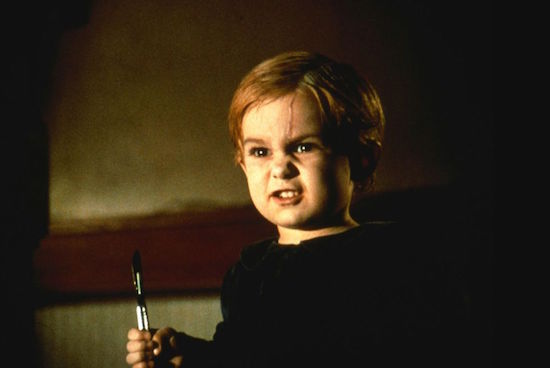 Director John Boorman thought that child actor Billy Redden’s 'unusual' looks made him the perfect choice to play an "inbred from the back woods".

A bit harsh, sure, but you can’t deny his innate eeriness as he battles banjos with Ronny Cox in the Georgia wilderness, in an iconic scene that sets an unsettling tone for the whole movie. 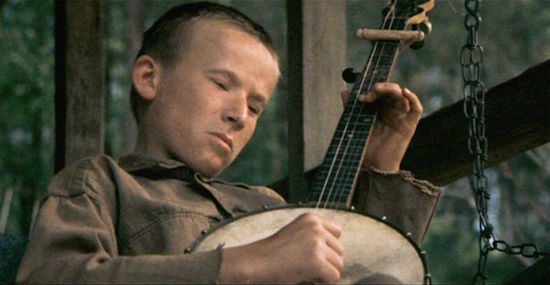 Yuya Ozeki slapped on the white body paint for both the Japanese and American versions of The Grudge (Ju-on) to play black-eyed ghost child Toshio Saeki.

Many young actors have taken on the role in various spin-offs and sequels, but nobody has perfected the unsettling balance of innocence and evil quite like Yuya, who turned Toshio into a Japanese horror icon. 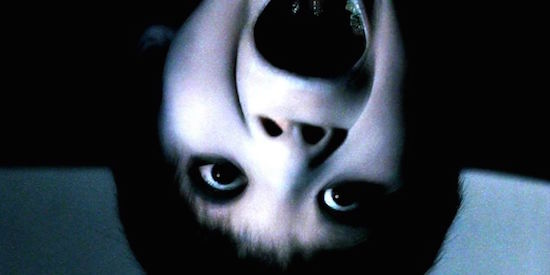 8| David Zellaby (Village of the Damned)

A village of women mysteriously fall pregnant and give birth to a horde of platinum blond, bowl cut weirdos.

Armed with the power of mind control, fuelled by the spirit of Beezlebub and steered by de facto leader David Zellaby (the weirdest weirdo, by far), the children go on a white-eyed murder spree through the quiet, cobbled streets of Midwich. Their only weakness? Bombs!