From Jump Scares To Creepy Kids, How Horror Films Invented Your Favorite Tropes

Ever wondered when exactly the first undead hand burst out of a graveyard? We've got you

You know the nuts and bolts of horror films: hands of the recently deceased punching through graveyard earth, children who refuse to emote, moments when something happens very unexpectedly and loudly because nothing's happened for about 10 minutes. Horror, more than most other genres, relies on convention. You know you're watching a horror film because of the stock characters, the atmosphere, and the contraction and release of dread. But where did those tropes come from?

Obviously, all of these images and techniques are foreshadowed all over the place. Early horror cinema—like the first horror film, George Méliès' La Manoir du Diable, a three-minute vignette from 1896 in which the Devil taunts and terrifies a mortal, or 1922's ur-vampire story Nosferatu—nicks its schtick wholesale from Gothic literature and the likes of Edgar Allen Poe, Mary Shelley, and Bram Stoker, as well as stealing characters and legends from folklore. They can all be traced to a single moment on screen though—this is where the fully formed horror clichés first arrived.

This is the first tool in the horror filmmaker's kit, though if it's done badly it can be the equivalent of jumping out from behind a curtain and shouting "boo": It's a cheap and lazy way of scaring someone. Done well, there's a gradual build-up of tension, gathering dread, and then a moment which either punctures that dread or validates it when evil strikes.

It's an emotional release valve, and it's rarely been done more inventively than the first time it was used. In Cat People, Irene, a fashion designer, believes she's descended from a race of people who turn into big cats when they're threatened or when they've got the horn. In the film's most famous scene, Alice—the psychiatrist's assistant and the third point of a love triangle between herself, Irene, and Irene's fiancé Oliver—fears she's being followed by her patient along a dark street. Alice has just had dinner with that Oliver, so naturally, she's on edge, thinking she's about to be mauled by a panther-woman.

The camera follows Alice anxiously striding between pools of lamplight, looking over her shoulder into the dark, looking more and more terrified at the sound of quickening footsteps until there's a guttural hissing noise—which turns out to be a bus slamming its brakes on. It was such a sensation that the technique became known as a 'Lewton bus', after producer Val Lewton.

Halloween's Michael Myers has his stabbing synth line, The Exorcist has Mike Oldfield's 'Tubular Bells', the shark in Jaws has its dur-dum-dur-dum. You need a creepy musical cue to let the audience know that evil is cracking its knuckles and getting ready to ruin some lives. Fritz Lang's M was the first to borrow the leitmotif, a little melody associated with a character which plays when they arrive on the scene, from opera to show Peter Lorre's serial child-killer is about to strike. He walks deliberately and steadily, whistling Greig's jaunty-but-haunty In the Hall of the Mountain King (the theme from the Alton Towers ads) before tempting his victims away with balloons. Its genius is in adding an extra means of hinting something terrible is about to happen, sending your brain into overdrive as to where, when and how it'll strike. 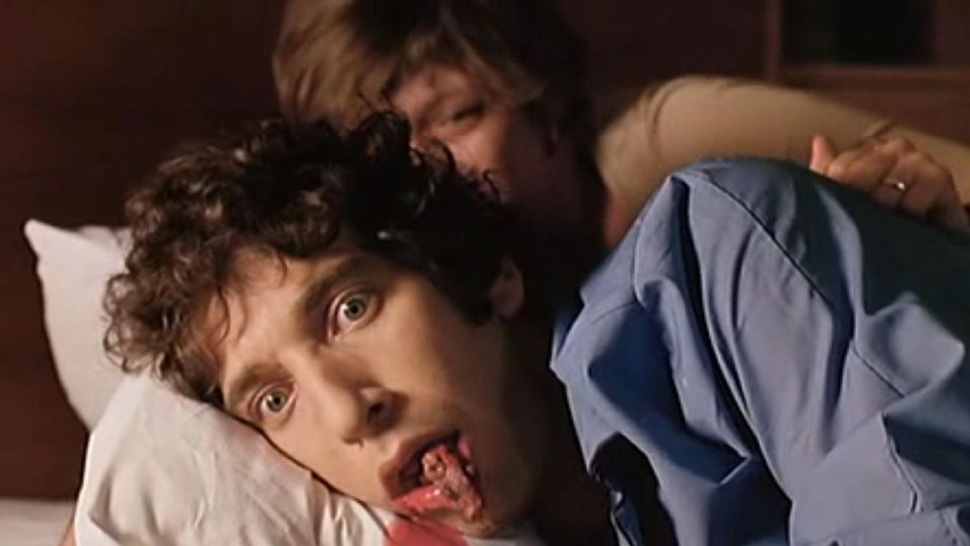 David Cronenberg is the daddy of body horror, films which focus on freaking you out with graphic, extreme bodily mutations and invasions. Though a few films foreshadow Shivers, like 1950s B-movies The Blob and The Fly (which Cronenberg later remade with a very gooey and disgusting Jeff Goldblum), Cronenberg's story of a parasite, which looks like a big brown woodlouse and wriggles around underneath its host's skin minted the genre as we know it: The terror comes from the thought of losing control of your own body, and having your humanity polluted by an invader. It also comes from big brown woodlice, which are properly grim.

When Sam Raimi was bodging together a sketch of a film which would show producers he had the skills to make The Evil Dead, Raimi hit upon a conceit inspired by his love of horror writer HP Lovecraft. He liked the idea of Lovecraft's invented Necronomicon, a textbook of magic which either sends anyone trying to master it mad or destroys them by unleashing forces they can't control. Raimi decided to have a bunch of teenagers wander into the woods, mess with said uncontrollable forces and accidentally awaken the spirits of long-dead native people. After that followed The Shining, Poltergeist, Pet Semetary and dozens of other burial ground-inspired hauntings. There's another inspiration in there too, though. A 1977 book about the supposedly supernaturally influenced Amityville murders—later turned into The Amityville Horror—suggested the house was cursed because it was built on a sanitarium for sick and dying Shinnecock Indians. It's not true, obviously. 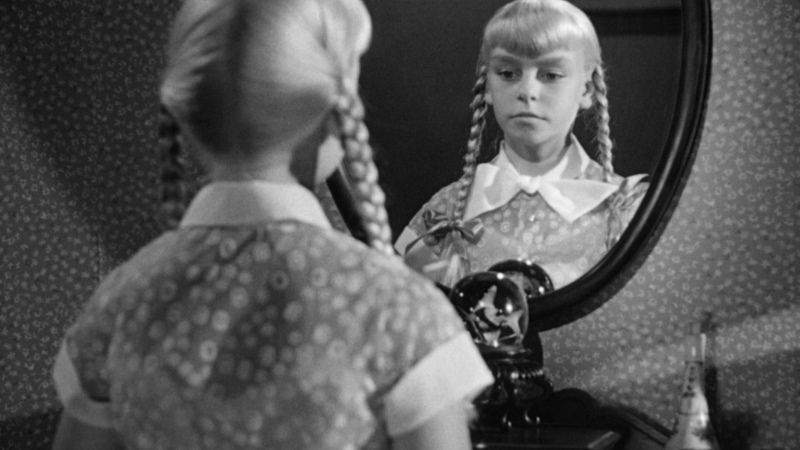 The kid in The Bad Seed is so evil Nick Cave named his band after the film. Eight-year-old Rhoda is doted on by her parents, but there's something a bit off about her: She seems to be a completely psychopath with zero empathy for anyone else and a thing for setting people who get on the wrong side of her on fire. The Innocents added demonic possession into the mix in 1961 while Village of the Damned in 1965 turned the creepy kids thing into a harbinger alien invasion. Damien, the spawn of Satan from The Omen, is where the idea peaked, but The Bad Seed is where all weirdly blank kids up to Hereditary came from.

It's most famous now for a crucifixion scene so convincingly staged that its director, Ruggero Deodato, was arrested on suspicion of actually murdering four of the cast, as well as being banned in the UK until 2001. However, it was Cannibal Holocaust's conceit of presenting a lost camera crew's footage of their adventure into the Amazon in search of cannibals as if it were real which makes it important, and an inspiration for The Blair Witch Project, Paranormal Activity, and the imitators which followed. The commitment to the idea that this was genuinely a snuff film meant the actors had to keep up the pretense that they'd really died by signing contracts agreeing not to appear in anything for a year, which didn't help Deodato's defense, but they did eventually turn up—alive.

Chucky from Child's Play, Billy the Puppet from Saw, that horrid clown doll in Poltergeist: Horror cinema loves an apparently inanimate and lovable child's toy getting stuck into some evil. The cackling, cheeky-chappy persona of the dummy first appeared in cinema in anthology horror Dead of Night, in Michael Redgrave is brilliantly desperate as an unbalanced ventriloquist who's convinced that his dummy is alive and is violently controlling him. The film's circular structure also, weirdly, inspired astrophysicist Fred Hoyle to come up with the steady state theory of the universe, which Stephen Hawking then disproved with his Big Bang theory.

Probably the horror trope to end all horror tropes: The villain's dead, everyone's breathed a sigh of relief and then, without warning, a muddy, decomposing arm smashes through to the surface. Though some argue that banjo-twiddling yokel-horror Deliverance (1972) prefigures it with a hand reaching out of water in a dream sequence, Brian De Palma's Stephen King adaptation almost immediately turned it into an iconic image. Carrie's legendary hand-grab in the second to last scene, so consider this your spoiler alert.