It’s a celebration of everything Batman, even the parts that people prefer to keep in the shadows. 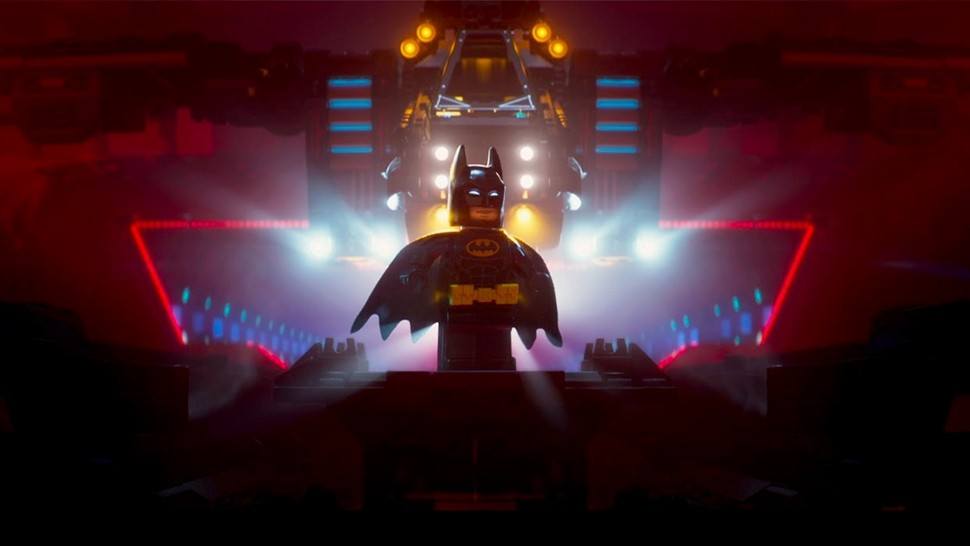 Oh, hey. I'm sorry. Just laying down some dope tracks here and didn't see you there. But since you've already interrupted my sick flow, I might as well tell you about my new feature film, The LEGO Batman Movie. Written, directed, sound mixed, choreographed, and painstakingly beatboxed by me. Because I'm Batman.

“I have aged phenomenally,” the Dark Knight assures Alfred, who happens to possess a prodigious memory of every Batman incarnation known to film and television, from the somber Batman v. Superman to the campy glory of Adam West in the 1960s series. The butler even pulls a clip of the latter flapping around with his sidekick, swishing his cape like in some ritualistic dance. Where other superheroes have had to work cautiously to cultivate their name recognition, the iconography of the Caped Crusader is as clear as his insignia on a night sky, despite having been dragged through Bat nipples and shark repellent, oscillating from darkness to light. But Batman always comes back, eventually, in some incarnation or another. 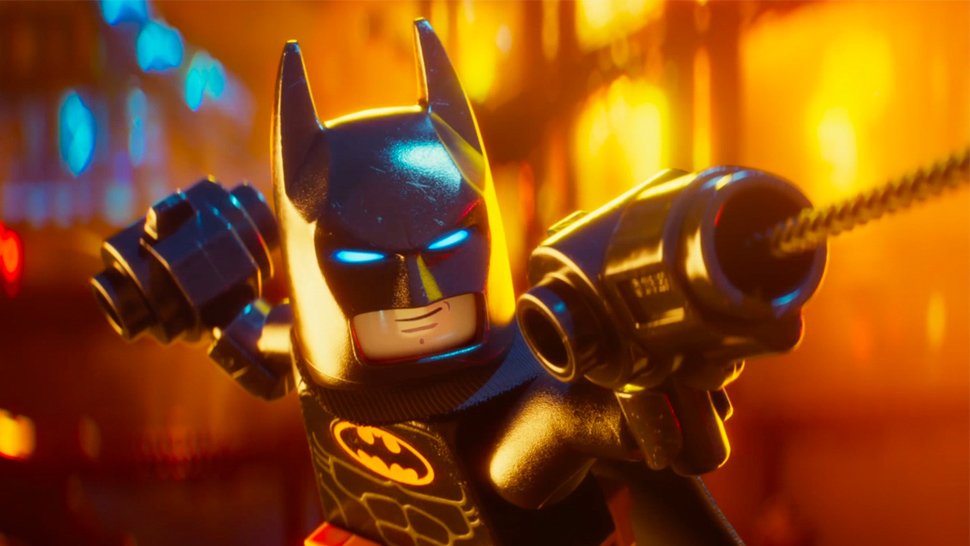 Nearly three years after its predecessor, Chris McKay’s The LEGO Batman Movie blasts through composure like a spaceship hurtling past the fourth wall, splashing a bucket of technicolor plastic in everyone's faces. The opening credits have barely started, and already, the gruff voice-over is programmed to wring out as much laughter from its audience in those first twenty minutes, to the point where it’s almost excruciating how Batman doesn’t relent to give anybody a break, just squeezes in as many jokes as he can until it feels like you’ve guzzled down too much candy, and you’re not sure whether you should feel bad about it yet.

Will Arnett plays the character created in 1939 by Bob Kane and Bill Finger, accompanied by a pantheon of familiar characters who try to help him move past his Feelings and Fear of Being Part of a Family again. Along the way, the movie cranks the absurdity up to eleven by becoming a bonkers multi-verse, taking in villains from other franchises: Voldemort, the Eye of Sauron, King Kong, Gremlins, the Wicked Witch, and Godzilla, to name a few. 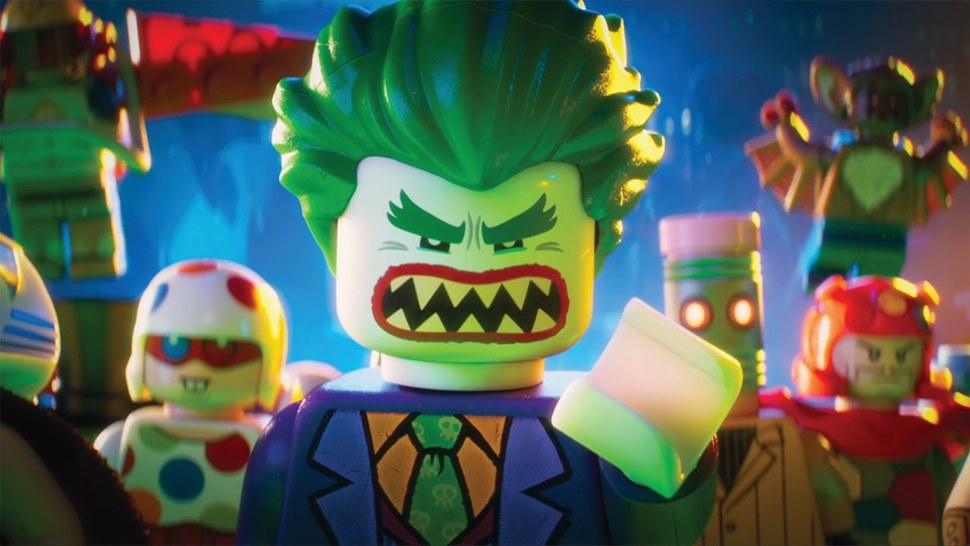 The LEGO Batman Movie feeds into a nostalgia that is to be expected from what is essentially a commercial for two properties: Batman and LEGO. The Danish toymaker has cross-generational appeal, but so does The Bat. Adults who once considered themselves impervious to a 90-minute infomercial might find themselves surprised by the level of emotion coming from compressed plastic; kids who were turned off last year by Ben Affleck's severe portrayal will be delighted by the comedic timing of his miniature self, as Batman barks, "Computer, overcompensate." The Dark Knight Rises didn't end in a good place for you? This Bruce Wayne pulls out an air guitar and sings about darkness. His password? "Iron Man sucks.”

It's not certain if this universe still takes place in Will Ferrell's basement, and it doesn't matter. There’s a touching hilarity upon seeing the World's Greatest Detective clad only in a robe, shuffling over to warm up his lobster thermidor and punching in the wrong minutes on the microwave. He munches on his favorite meal, shells and all, by an aquamarine pool. Later, he cackles alone to Jerry Maguire, the cowl staying on his head the entire time. In contrast with the earlier cacophony of him battling his entire rogues' gallery, an overwhelming sense of loneliness pervades this scene. We’re with him in real time as he mulls over the old family pictures and addresses his dead parents; the music crescendoes, and it's overdone in a way that's moving and a little hilarious. It’s a reminder that when he isn't crouched on a rooftop glowering at Gotham City’s underbelly of criminals, he is utterly alone. The premise cannot help but invite ridicule, as does the concept of "an unsupervised man karate-chopping poor people in a Halloween costume." 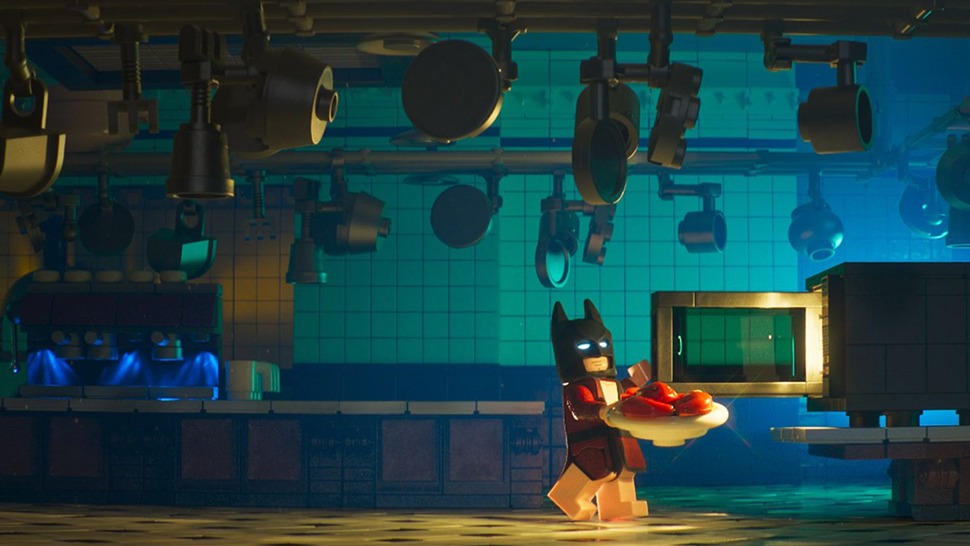 When it would be easier to be tight-lipped about past mistakes, it’s refreshing that the The LEGO Batman Movie knows how to take the piss and gets there before the audience does; the only way it could get more meta is if someone were to step on a LEGO piece themselves. Coming toward the end of the movie’s sometimes-awkward jumble of plot and emotional pull, though, the gags start losing their edge fast, and the dilemma to protect Gotham is belaboured by the joke density. By the time they save the world in a truly mind-boggling fashion, it reminds you of an earlier scene when Alfred was roundhouse kicked into a grand piano for sneaking up behind his master.

The LEGO Batman Movie does a fantastic job of digging beneath Batman’s hyper-competence and highlighting one of the more overlooked aspects of his mythology, the fact that he’s assembled a family of his own while grieving for the one he lost. 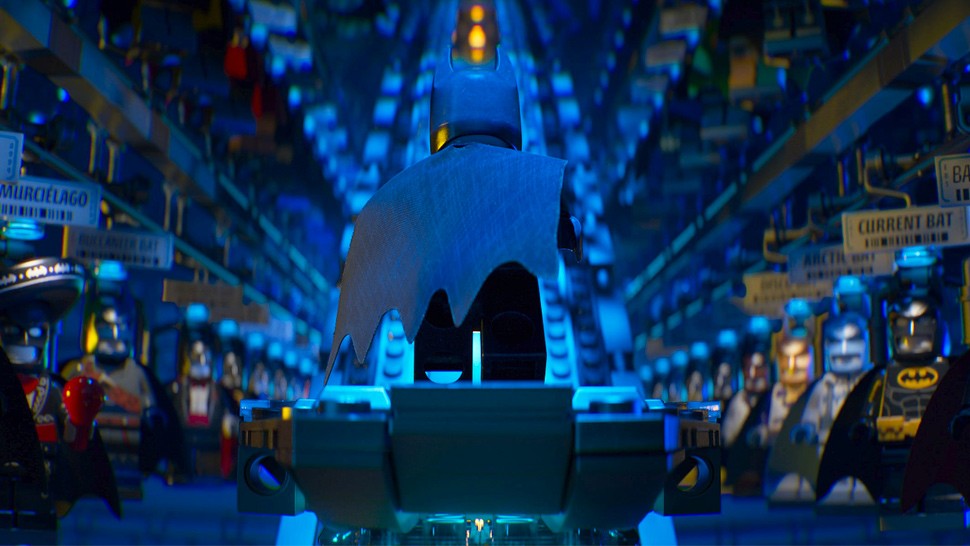 Glen Weldon, author of The Caped Crusade: Batman and the Rise of Nerd Culture, describes the hero's appeal best when he writes, "[Batman is] not the costume, not the gadgets, not the car, not the money. Those are trappings. That selfless oath is what matters about Batman, and it is the reason he will continue to matter, whatever form he may take in the decades to come. Because Batman is the story every one of us, nerd and normal alike, tells ourselves when things seem at their worst. The story of someone dealt a savage, crushing blow that should wring the life from them, but doesn't. Because they choose not to let it. Instead, they revolve to go on. To stand up. To fight. Pow. Zap."

“We’re going to punch them so hard that sound effects will spontaneously appear,” Batman tells Robin at one point. The LEGO Batman Movie does a fantastic job of digging beneath Batman’s hyper-competence and highlighting one of the more overlooked aspects of his mythology, the fact that he’s assembled a family of his own while grieving for the one he lost. This movie is a celebration of everything Batman, even the parts—the Condiment Man, Robin's bug-eyed earnestness—that some people would prefer to keep in the shadows. But it's in embracing such things that the movie prevents any one iteration from trying to act as the sole keeper of the cowl, and rejects the idea that the only acceptable Batman is a dour, humorless one. 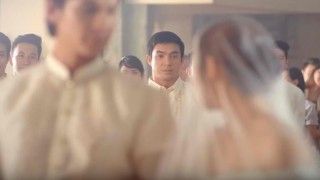