The answer actually surprised me.

The concept of turning human bodies into batteries seemed like total bullshit to me when I was a child seeing The Matrix for the first time. In the movie, Keanu Reave's Neo, a disgruntled cubicle drone, learns that his entire existence is a lie. What he thinks is the real world is actually a shared computer simulation of 1990s Earth designed to keep the human consciousness happy and docile. In reality, robots had taken over the world and are growing humans as energy sources.

As Morpheus, who's played by Laurence Fishburne, explains to Neo shortly after this truth is revealed to him: "The human body generates more than a battery and over 25000 BTUs of body heat. Combined with a form of fusion the machines had found all the energy they would ever need."

Essentially, the humans lost a great war with the robots during which they scorched the sky with nuclear weapons, believing that would stop the machines because they are solar powered. Humans were wrong! The remaining humans were forced into hiding underground as machines inherited the earth and started turning our fleshy sacks into this: holds up D battery.

Here we are in 2019, and I, for one, welcome our robot overlords, but I also still feel like their entire plan to be powered by the human body is dumb as hell. Wouldn't any other natural resource—even after a nuclear holocaust—be more efficient than the human body? Wouldn't a human use more energy than it could put out? Keeping it alive to power a robot, which surely requires more energy than a human can provide, seems utterly pointless.

As the 20th anniversary of The Matrix arrives, I decided to see if there's any science two decades later that supports this very integral part of the movie.

So, I emailed some of the smartest people in the world with what's probably the dumbest question they could be asked. I reached out to top scientists at Berkeley, Caltech, MIT, Stanford, Columbia, and even Boston Dynamics (the people who make the creepy dog robots). Can robots run on human power? I asked. 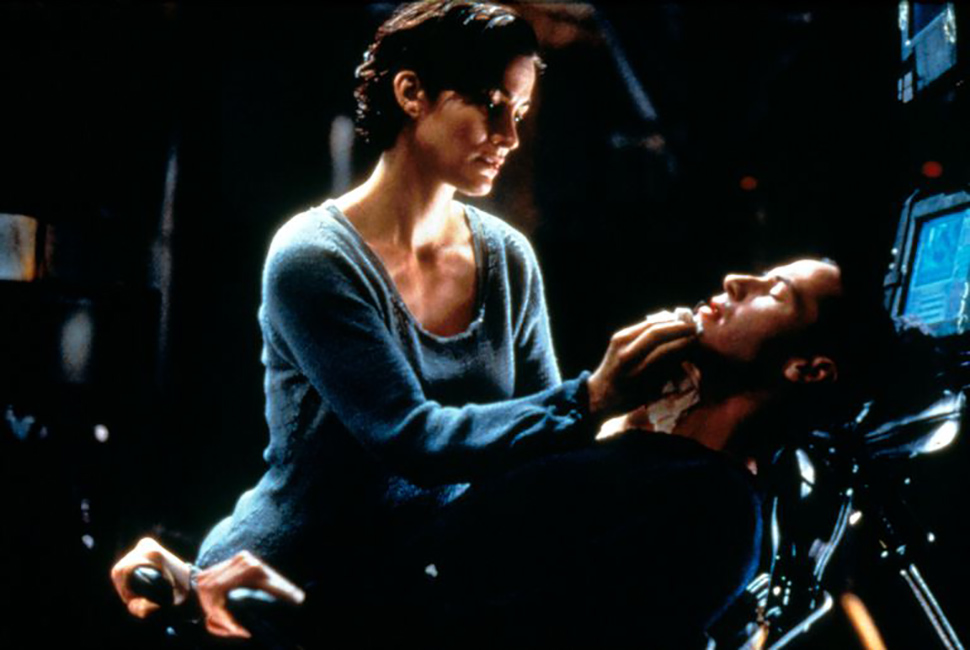 Only two schools emailed me back (likely because this is an immense waste of time for very intelligent people). Their answers surprised me.

The first person to reply was Ramamoorthy Ramesh from Berkley's Department of Materials Science and Engineering. He works specifically in the fields of energy storage and batteries, and got back to me with an answer I didn't expect:

Depends on how much power the robot requires.. for example, there are research projects that are on going that can convert the energy from our walking around to power some small things..these are typically piezoelectrics..

Piezoelectrics refers to the electrical charge inside organic matter, like bones, protein, and DNA. In other words, the stuff that comprises the human body. I told him that these are very big robots who have enslaved mankind, and sent him a video of Morpheus explaining the whole situation in The Matrix. He responded with this:

The average human consumes about 2000 Calories (which is 2000x1000x4.2Joules)/day.. a fraction of this is put out as heat..IF we could capture all of this and convert into usable energy, that would be awesome.. since this is low grade heat (i.e., heat produced with a very small temperature difference), it is not that easy to convert it.

As you can see there, that's a pretty big IF. Here's how that IF is explained in The Matrix. Each pod containing a human battery "generates bioelectric energy and neural processing power that, collectively and combined with nuclear fusion, is used by the Machines to power."

Even if it could be possible, theoretically, with the right sci-fi technology, the robots' plan is still pretty stupid as a whole. You don't need the humans!

The next person to respond was Robert Hurt, a Caltech-based visualization scientist who has worked on many NASA projects, including the Spitzer Space Telescope. He told me that this actually "happens to be my least-favorite plot device in a sci-fi movie in decades."

As he explains, the robots' plan is entirely impractical:

Humans consume quite a lot of high-energy products (food, oxygen) and the only thing they produce that could count as ‘energy’ would be basically heat. But if you took all the food and just burned it you’d get WAY more heat out of it. You can chalk it up to thermodynamics and entropy; some systems just don’t process efficiently and basically you can count on getting less energy out than you put in.

So here's my takeaway: Theoretically—using some sort of sci-fi technobabble—you could potentially use a human to power a machine. However, even if future robots figured out whatever fusion is necessary to get usable energy out of humans, it's absolutely still a very dumb plan. But, here's the deal folks, using the power of imagination anything is possible. That's what's fun about science fiction! It inspires people to do the impossible.

Sure, 20 years ago young me thought robots running on human power seemed like bullshit. Today, though, scientists like Ramesh himself are actually figuring out ways to make this possible. Which is honestly way cooler than a robot apocalypse anyway.

View More Articles About:
The Matrix
movie
E1
More Videos You Can Watch

For Tyrion Lannister, Death Is the Most Beautiful 'Game of Thrones' Ending
All Photos
Comments
View As List