Where would be without Ridley Scott’s sci-fi opus? 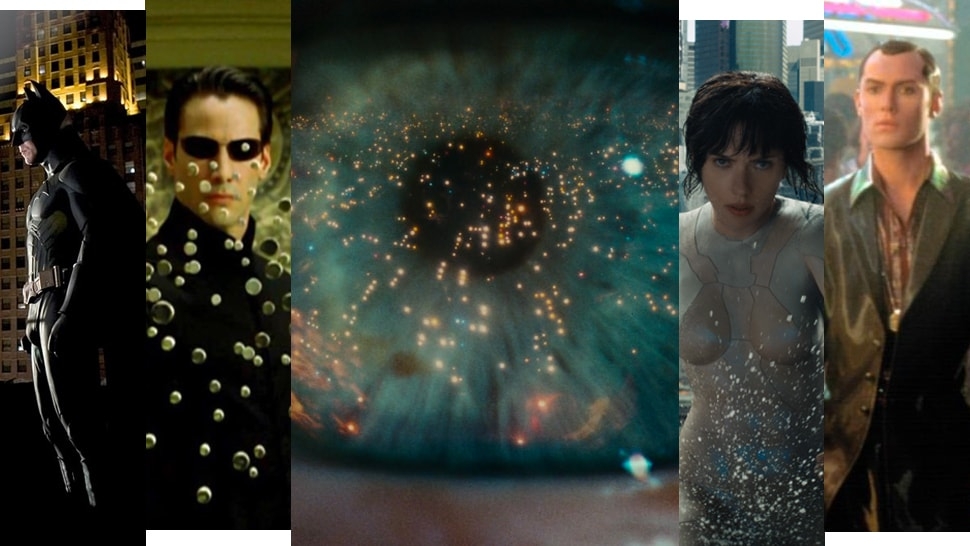 Yes, Blade Runner 2049 tanked in the US box office over its opening weekend. We don’t imagine that its Philippines numbers are any more uplifting. Of course that doesn’t mean it isn’t a magnificent work of cinema; in our eyes, it is.

It’s just that three hours is a really long runtime—too much for mainstream audiences to invest in a film with a story and themes that fly over most people’s heads. That, and the fact that prior to the film’s release, its premise was only ever revealed and marketed through three short films, which likely only affected the people who were already invested in Blade Runner. It’s a complex movie that wasn’t—and maybe couldn’t have been—promoted very well.

But this is familiar territory for the franchise. The original Blade Runner grossed under $28 million in the US. Not bad, but nothing close to what it deserved. Where it did manage to prove its worth as a film, however, is in the ways it went on to influence sci-fi and cinema in general. Aesthetically and thematically, the original Blade Runner was groundbreaking. It planted the seeds that many others would sow, and help to shape sci-fi as we know it today. Here are just a few of the more significant films that have Blade Runner’s fingerprints all over them.

Minority Report
You know how Robert Downey Jr.’s Tony Stark has this really cool gesture-based 3D interface in the Marvel Cinematic Universe? Those came from the same guy who designed the interfaces for Minority Report, which came out in 2002. Minority Report, as it happens, is one of six movies that were adapted from the works of sci-fi novelist Philip K. Dick, along with Blade Runner, two Total Recall movies, A Scanner Darkly, and The Adjustment Bureau. Blade Runner, of course, was the first of these—the first proof of how well his dark and complex futurism could translate into film. 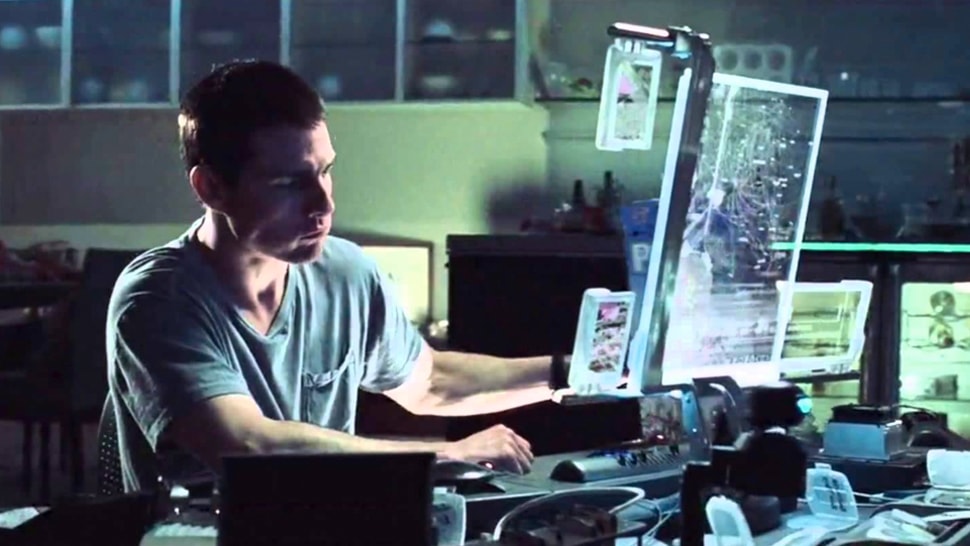 The Terminator
Talk about robot uprisings and Skynet comes to mind before everything else. Few other films portrayed the horrific societal implications of artificial intelligence and lifelike androids the way The Terminator did in 1984. While it’s difficult to say that it was directly inspired by Blade Runner, the latter certainly set a precedent for the themes of James Cameron’s neo-noir sci-fi. 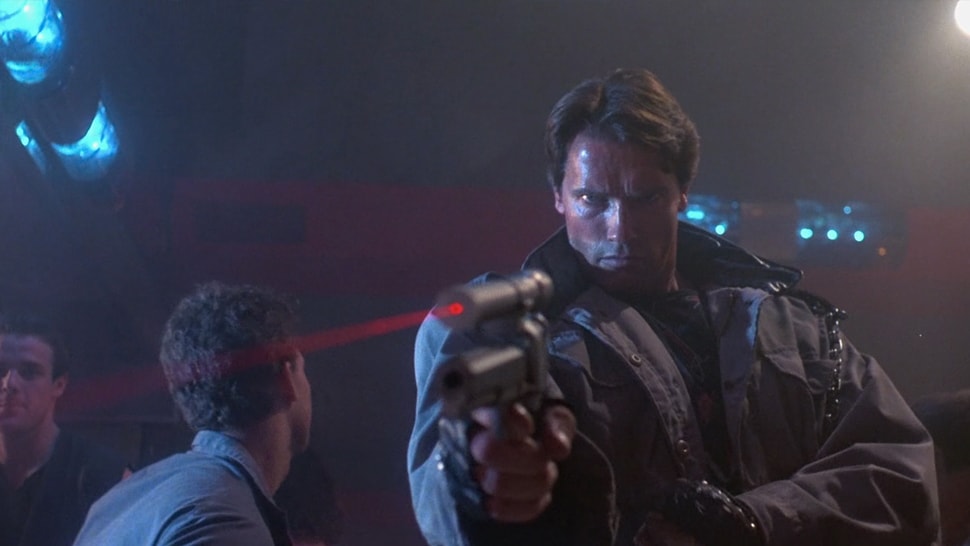 Ghost In The Shell
Like blue jeans and Chuck Taylors, Blade Runner enjoyed incredible creative influence in ’80s Japan. Cyberpunk became a burgeoning subgenre in anime, with shows and movies like Bubblegum Crisis, about a group of female mercenaries who hunt down rogue robots (familiar!). The 1989 manga Ghost In The Shell—as well as its succeeding incarnations as an anime series and as a live-action ScarJo film—was less derivative than that, but was still upfront about taking inspiration from Blade Runner. Trigger-happy androids, existential questions, looming darkness, cyber-brutalist architecture—you’d have known where Ghost In The Shell got these. 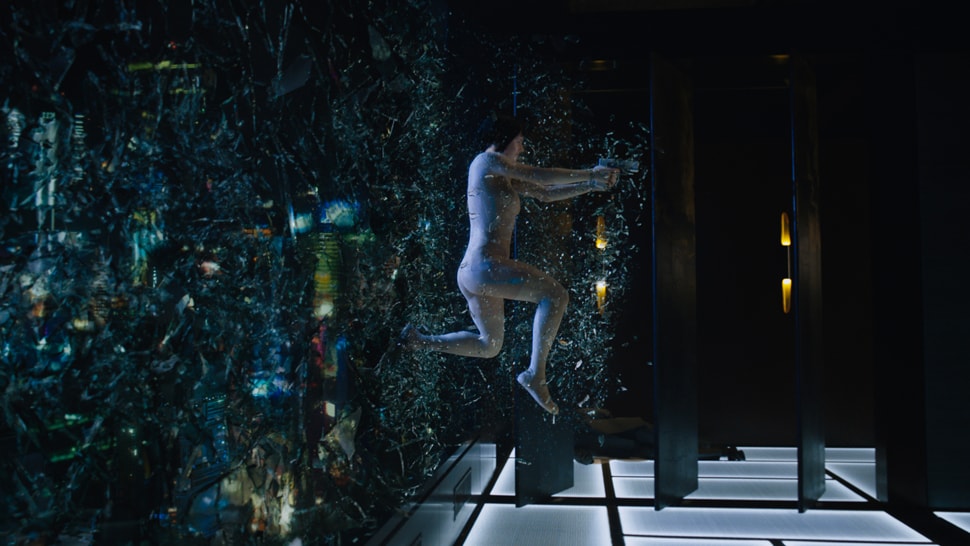 Batman Begins
Christopher Nolan once cited Blade Runner as one of the films that have inspired his body work. But its influence on him was no stronger than in Batman Begins—for which Nolan had to create his own Gotham City. In an interview with Forbes, he calls Blade Runner “one of the most successful films of all time in terms of constructing that reality using sets.” He and cinematographer Wally Pfister wanted to achieve the same world-building capabilities that Ridley Scott “has been the absolute master of.” 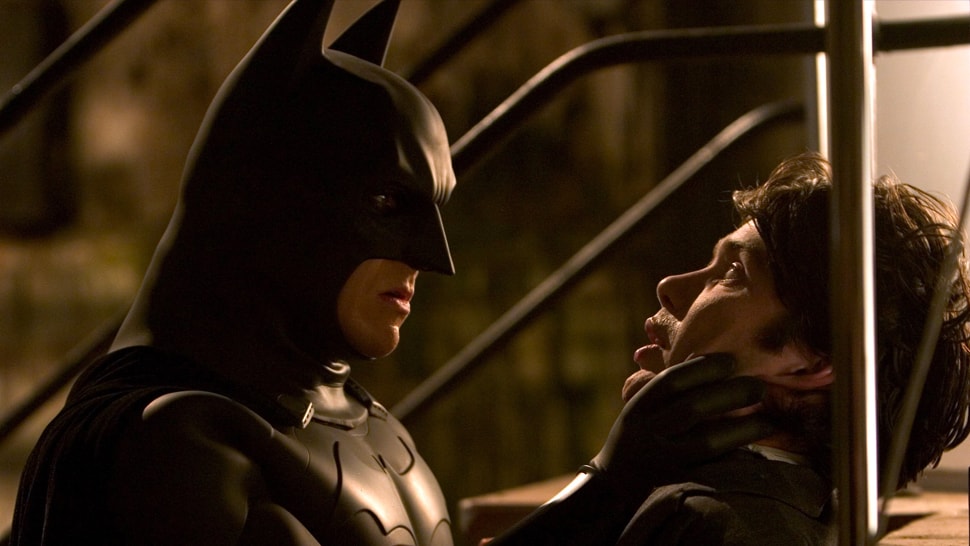 Black Panther
This movie doesn’t come out until February of next year, but from what we’ve seen in its trailers, Black Panther seems to have a unique afrofuturist look-and-feel that hasn’t ever been depicted in a film of its scale. Earlier this month, the film’s production designer Hannah Beachler explicitly stated that she was inspired by the original Blade Runner in creating the aesthetic for this new entry into the Marvel Cinematic Universe. 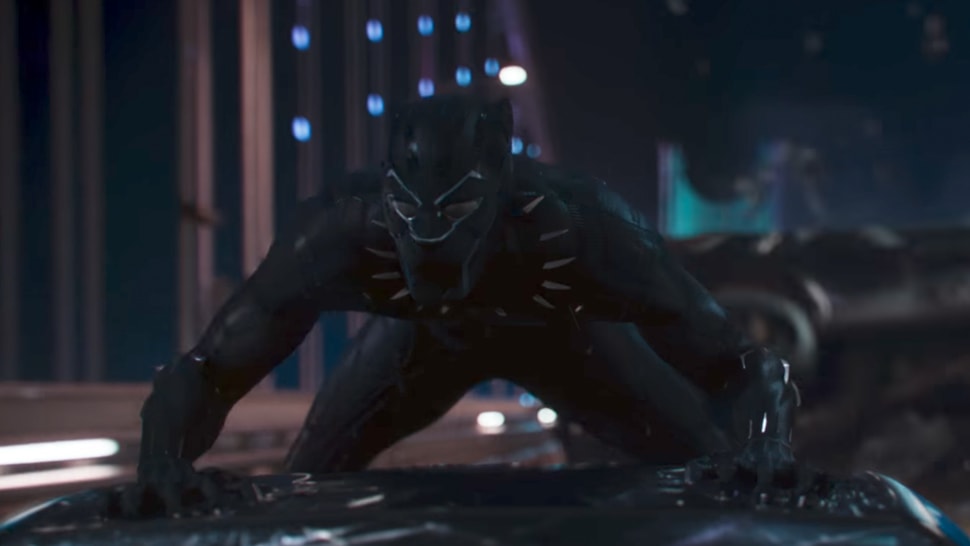 Akira
Akira is itself an influential movie that’s been praised as one of the greatest animated sci-fi films of all time. But because Blade Runner practically invented cyberpunk, you can still see and feel its marks in Akira. The dystopian nocturnal metropolis of Blade Runner was a mix of Eastern and Western elements, meant to show that the world was thoroughly globalized. Akira’s city looks very similar. 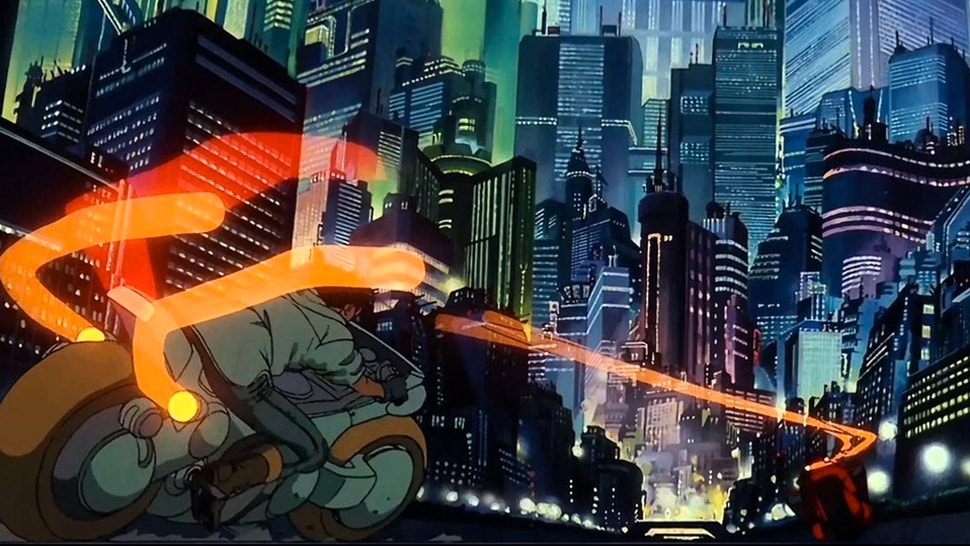 Ex Machina
Alex Garland’s Ex Machina came out in 2014, proving that even after all these years, the existential questions of robot sentience are still interesting themes to work with in cinema. In fact, they might even more interesting these days, because of their imminence. As with the characters of Blade Runner, Alicia Vikander’s Ava rebels against Oscar Isaac’s Nathan, her creator. Garland even said that it helped that fans compare Ex Machina to Blade Runner, it gave him narrative expectations that he could work with and break. 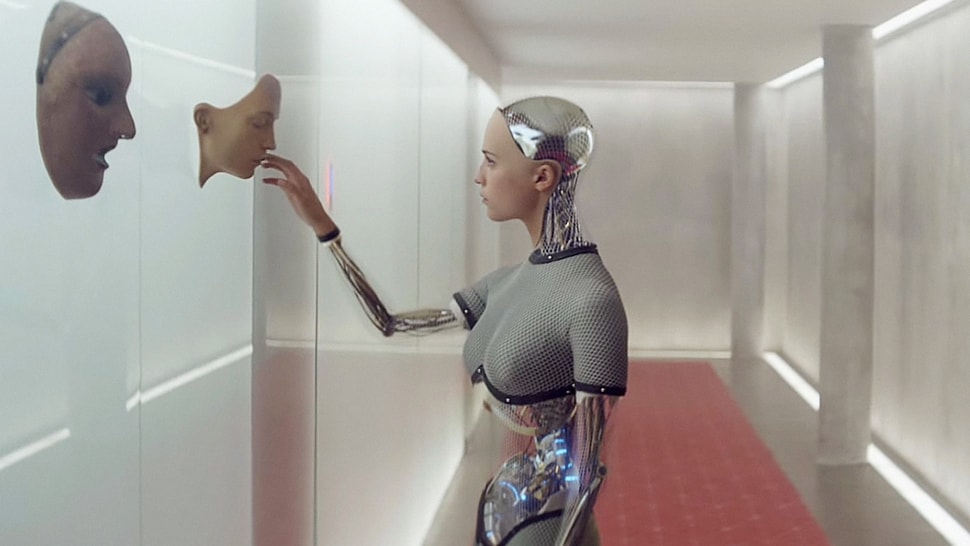 A.I. Artificial Intelligence
Android Jude Law might have been a little too plasticky to take seriously, but the overall look of Steven Spielberg’s 2001 sci-fi film was clearly a creative extension of the precedents set by Blade Runner. Of course, there’s a lot of melodrama, trademark Spielbergian childlike wonder, and Haley Joel Osment—so it’s certainly no copycat. 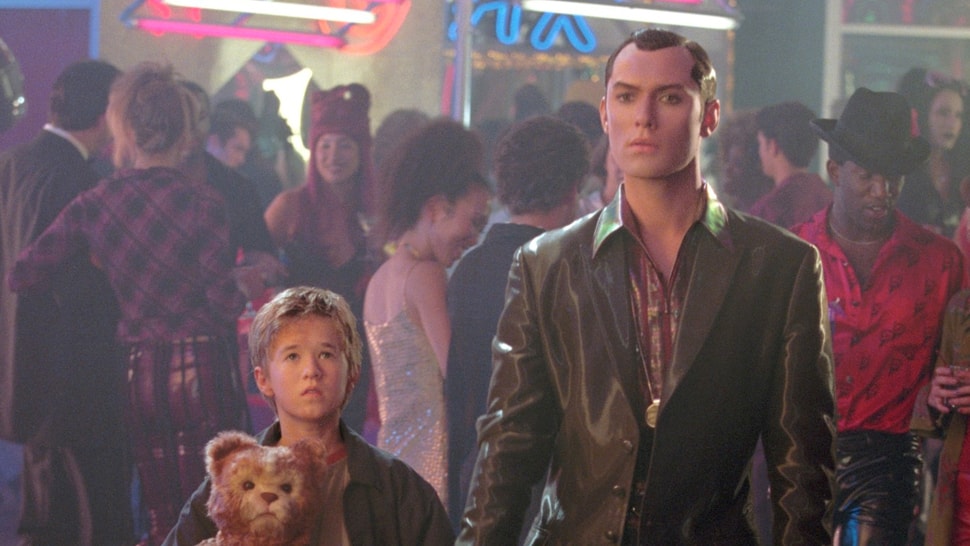 The Matrix
The creators of one of the most popular sci-fi movies of all time have said that they were inspired by Blade Runner and its anime progeny. In an open chat at the Warner Bros. website, they’ve said that “Blade Runner was a benchmark science fiction film, a masterpiece. Of course there’s influence. But we were like the only guys who liked that movie when we saw it, everyone else hated it…” 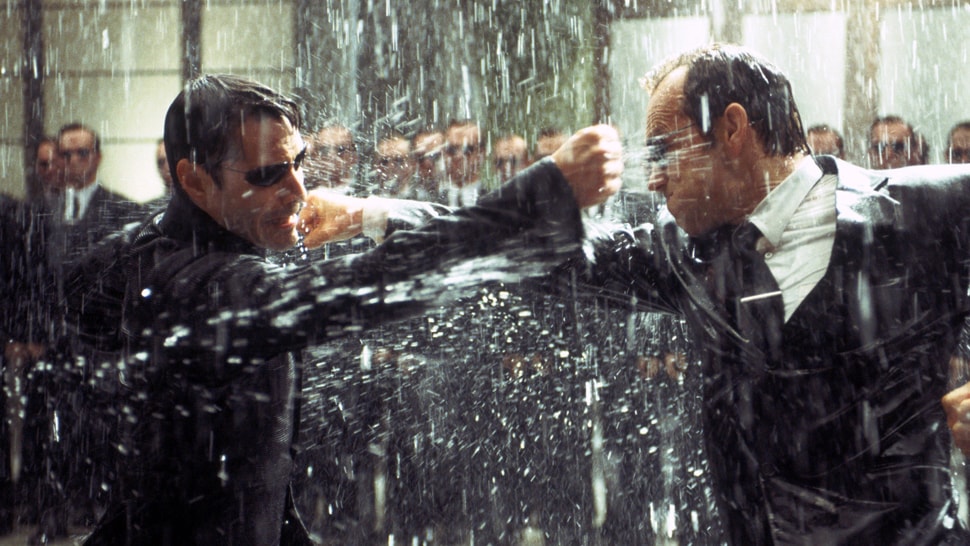 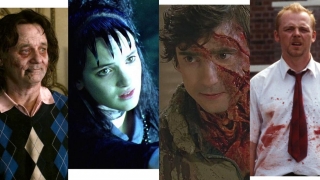