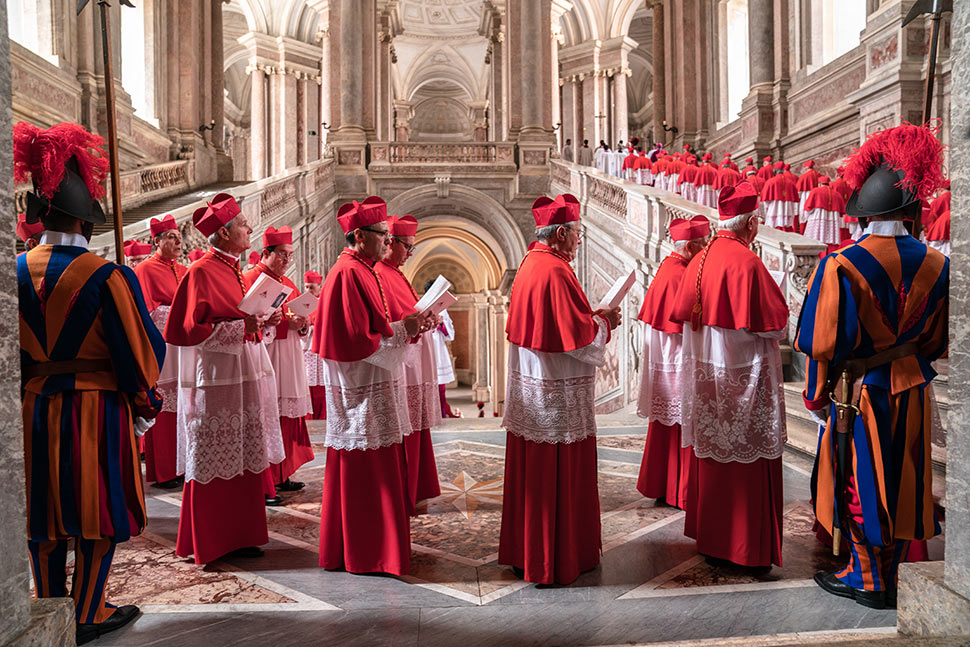 A scene at the papal conclave.
Photo by COURTESY OF NETFLIX.