From John Woo’s hospital shootout in Hard Boiled to Alfonso Cuaron’s car scene in Children of Men, the uninterrupted long take has been a powerful storytelling method for filmmakers. They are a complex and technically difficult proposition that demands a very high level of directorial virtuosity. Even more difficult is the feat of making an entire film look like it was shot that way—in one seamless take.

With 1917, Academy Award-winning director Sam Mendes deploys this technique to tell a World War I story of two soldiers tasked with delivering an important message to the British forces readying to assault the Hindenburg Line.

Mendes, who won nods for Best Director in his feature film debut American Beauty, has established himself as one of Hollywood’s visionary filmmakers, with his masterful use of imagery, lighting, and recurring motifs. Even his James Bond films Skyfall and Spectre are infused with a kind of auteur’s touch that’s uncommon among blockbusters. In his latest epic, Mendes is joined by frequent collaborators—the multi-awarded cinematographer Roger Deakins and the equally lauded composer Thomas Newman—in crafting a unique and immersive war film. 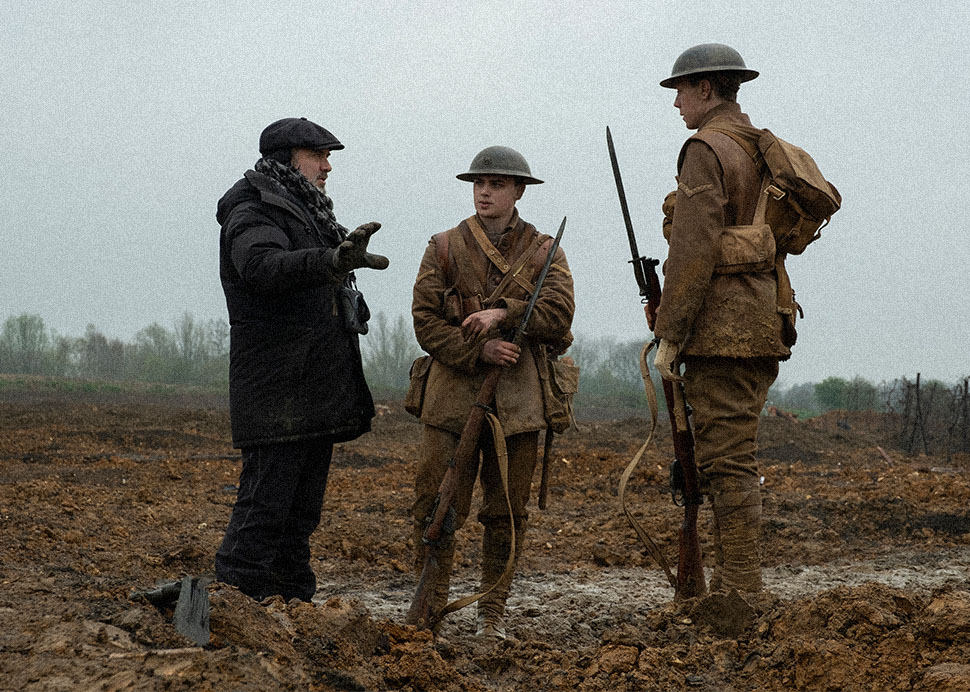 1917 follows the story of Lance Corporals Schofield (George McKay) and Blake (Dean-Charles Chapman) as they make their way through enemy territory to prevent the British Army from falling into a trap, as well as save over a thousand lives, including that of Blake’s brother. Mendes dedicates the film to his grandfather, Alfred H. Mendes, whose tales from the war inspired the story. 1917 is fiction based on fact, as Lance Corporal Mendes was a small-statured man who served as a messenger literally running for his life delivering missives for the army.

The goal for the younger Mendes was to shoot 1917 as one uncut shot, following Schofield and Blake to make the experience more immersive and visceral. And because the camera stays with the soldiers throughout their journey, the audience can't peel themselves from the action. We experience the harrowing terrors of war as though we were there.

It was a tremendous challenge to do the film as one seemingly continuous shot—especially because no location ever repeats. The cast and crew rehearsed their blocking for four months, and the team discussed the sets in great detail. With the actors’ movements set, the production could map out exactly where the camera would be, whether it would be close or pulled away. Still, it had to be carefully orchestrated, as there would be no editing in post-production to fix mistakes. 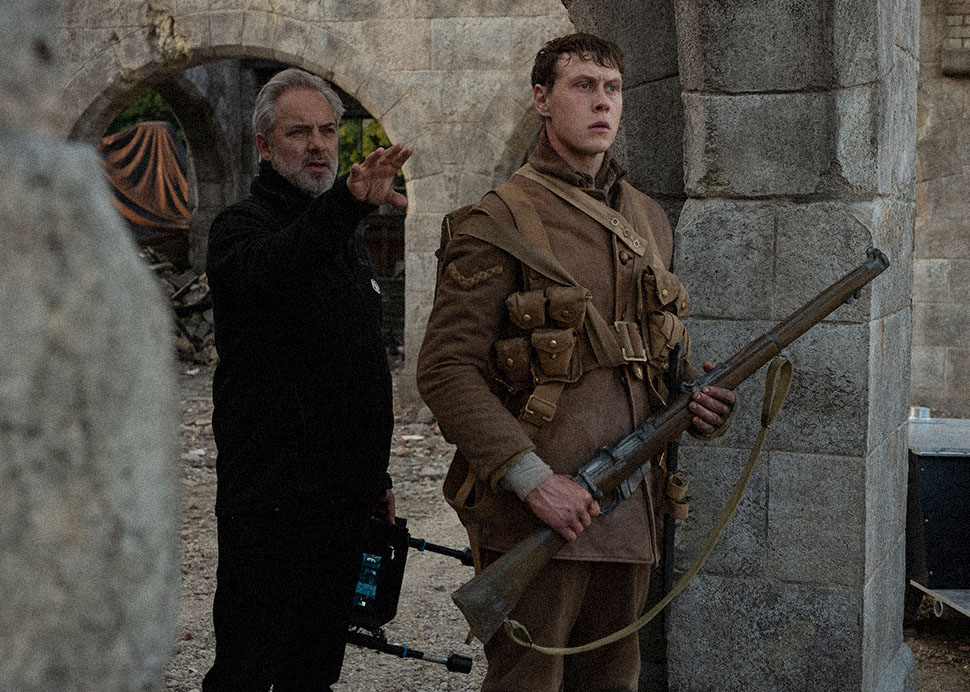 “The dance of the camera and the mechanics all had to be in sync with what the actor was doing,” Mendes says, “When we achieved that, it was exhilarating. But it took immense planning and immense skill from the operators.” With so much of the film set outdoors, it became imperative to use as much natural light as possible, because there was simply no way to place lights without them getting in the way of camera movement. Weather conditions needed to be perfect: specifically, the skies had to be overcast, because harsh sun and a blue sky would make it impossible to stitch scenes together for continuity. In the times the weather wouldn’t cooperate, the team would rehearse instead.

“I wanted people to understand how difficult it was for these men,” explains Mendes, “and the nature of that is behind everything.” The director outdoes himself with 1917, his choice of storytelling bringing the audience face-to-face with the inexorable gravity of war—and there was probably no better way to tell the story than to do it in one continuous shot.

The incredibly immersive nature of 1917 has wowed audiences and critics alike, winning big at the Golden Globes and BAFTAs, including the categories of Best Picture, Best Director, and Best Cinematography. Right now, it’s nominated for 10 categories at the 92nd Academy Awards. Every single frame of the film carries with it a visceral energy, one that reminds us why armed conflict must be avoided at all costs.

If you’re in the mood for masterful visual storytelling, you’ll definitely want to catch Mendes’ latest opus—it starts its run in cinemas in the Philippines on February 5.