HBO's two-part Tiger Woods doc serves as an indictment of the vulturous tabloid media and its toxic pursuit of 'great American entertainment.'
Jan 11, 2021

One hundred seconds. That's how long it takes. First, you hear the voice of Earl Woods, and a prophecy for his son. That he would transcend the game of golf. A prophecy that would come true in more ways than one. And then, 100 seconds into HBO's Tiger, you see Tiger Woods, the greatest golfer of all time, moving at a glacial pace, shuffling in his bare feet to the back of the room where his mugshot will be taken.

You've seen the mugshot. You know the story, and the one before it. In 2009, Tiger Woods did some troubling shit and we all found out about it. He cheated on his wife. A lot. He caused a lot of people pain. His wife, Elin Nordegren, undoubtedly. The more than a dozen women he carried on intimate relationships with simultaneously, for sure. The people that paid him a lot of money not to fuck up his reputation. The friends and partners he cut out of his life after it was all over. It was all very shameful. It was all disappointing.

And in the twelve years since the news first broke, Tiger Woods has been the only defendant in the case of Tiger Woods before the court of public opinion. But now, with Tiger, his life and career are back under the microscope. And after watching the film, I noticed that in the wake of Woods’s moral missteps, something a bit more unsettling than infidelity was taking place. A dark cloud that swelled. And it was right there in front of us the whole time, because we’re all a little responsible for it.

The film's directors, Matthew Heineman (Cartel Land) and Matthew Hamachek (Amanda Knox), know what most people want to see in a Tiger doc. The mugshot, the mistresses, the scene of the crash, the strangest press conference you'd ever watched until Donald Trump commandeered the White House briefing room. Yes, archival, off-the-course footage, and Green Jackets, and baby Eldrick's perfect swing, and a U.S. Open on a broken leg, too. But the former. That's the center of the cinematic Tootsie Pop. And Tiger has all of it.

As the press embargo on the film lifted, members of the Big Cat coalition didn't take well to the rehashing of Woods's transgressions. Some claim the doc paints Woods's life as a tragedy, others claim it to be a vicious attack and a letter written by spurned lovers and grudge holders. Surely, their gripe is not with the inclusion of scandal altogether, rather the idea that the doc invests too heavily in it. There are people with axes to grind, no doubt. But they each tell their stories in sadness rather than anger. Rachel Uchitel, the woman at the center of it all, breaks her silence. Steve Williams, his longtime caddie, describes being abruptly abandoned by Woods. Dina Gravell, his high school sweetheart, details the sudden end to their relationship, orchestrated by Woods’s parents. Nobody featured in the film says anything slanderous. They retell their experiences as they lived them. Including these anecdotes doesn’t stain Woods's legacy any more than his behavior already has. In fact, the film’s investment in the scandal, and the chance to re-watch it with modern context, gives the world—Tiger worshippers and haters alike—the opportunity to re-examine the saga's most deviant players. There is tragedy in this story. But Tiger Woods is not the biggest villain of Tiger. Members of the tabloid media, and the foot soldiers that harassed the women at the center of the story, are who hold those titles.

The public delight in Woods's failures made matters worse. That's the thing about working in the media. When something hits, and keeps on hitting, you cannot stop. Traffic, attention on your stories, newsstand sellouts—they're all highly addictive drugs. You have to feed the machine, and no matter what, your defense is that the audience is asking for it. Sensibility be damned. In that sense, you can understand, functionally, why the media was in hot pursuit as the number of women coming forward claiming to have had a relationship with Woods kept on ticking upward. They could justify any story based on the public’s insatiable appetite. Is anyone's life improved by knowing how addicted to sex Tiger Woods appeared to be? You can answer that for yourself, but you should also ask yourself how this frenzy might affect the lives of the people who are the actual victims of the saga. Namely, Elin Nordegren, Sam and Charlie Woods, and the women who fell for Wood's spell.

The avatar for the real Big Bad of the Tiger Woods story as the public knows it is introduced in part two of the documentary. His name is Neal Boulton, a former editor at the National Enquirer. How he introduces himself, and the operation he speaks for, is just about the whole ball game.

"The Tiger Woods story is a big cautionary tale," Boulton begins. "Be careful about the image you create of yourself. Be careful to live lies. Be very, very careful. Because it could all come tumbling down. The National Enquirer had a history of just smearing people. They knew that the American public loved to see the failings of their famous celebrities. And so they fed that appetite with a vengeance."

"You knew it would give fuel and fodder to those people who wanted to see you as something much less than them."

Boulton utters this vile in delight. As if the pandering and stoking of the American public's worst impulses is something to be proud of. And that's exactly what the Enquirer did. Worse, Boulton gleefully recalls the story of a reporter following Woods and a woman into a parking lot, and retrieving a discarded tampon to hold as ransom should he ever deny the affair. These people didn't stop, even after pouring gas on the fire Woods himself started. The story of his affair with Uchitel is what set Woods's own armageddon into motion, starting with the infamous wreck outside his home. What followed was gross, and arguably racially charged. Here's Bryant Gumbel's take on what ensued:

"One of the things spoken in Black households often, was when something would happen, somebody older than you would say, 'I hope he's not Black. I hope he's not Black.' Because you knew it would give fuel and fodder to those people who wanted to see you as something much less than them. It was gonna be used against you. All those people who really didn't like him, and were trying to find reasons to bring him down, and reasons to say he wasn't this and wasn't that? Now they're gonna have their moment."

Cut to former Augusta National Chairman Billy Payne, who felt it was his place to publicly chastise Woods in front of the entire media pool in the lead up to his return to the tournament. In the doc, LA Times writer Thomas Bonk called it a "public whipping," and one that wouldn't have been executed on one of the tournament's many white champions. Bonk points to the presser as evidence of a racist undercurrent Augusta hadn't yet overcome. The Stick to Sports crowd might have actually had a point on this one.

"What Billy Payne did at Augusta, it was disgusting," Gumbel says. "Tiger's family, his wife, they had a right to be angry, disappointed, upset. Not the chairman of some damn golf club. Who the hell are you?"

It gave Americans a reason to stay mad at Tiger Woods.

Woods returned to golf post-scandal at the 2010 Masters. The reception uncharacteristically cold.

This story was always going to make news. It was, sadly, and because of America's rapidly rotting culture, newsworthy. The story was always going to affect his sponsor relations, his mental health. Even the master of compartmentalization would find it difficult to protect his golf game. This all would have happened, regardless of media coverage. But that relentless pursuit of the vengeful moment Gumbel describes thrusted Woods's wife, and every woman Woods cheated with into a pit of scrutiny not a single one of them deserved. They were already the victims here. Not Woods. His infidelity and behavior caused their pain. It was bad enough. And then it got worse. "Are you a fan of the song 'Oh Baby I Like It Raw,'" a paparazzo shouts at Uchitel as she left her home. "I think you should get a test, STDs are a problem out there," another follows up with. Uchitel describes it as the end of her life as she knew it. Nordegren was forced to raise her two small children in hiding as the media sought out ways to further embarrass her publicly. 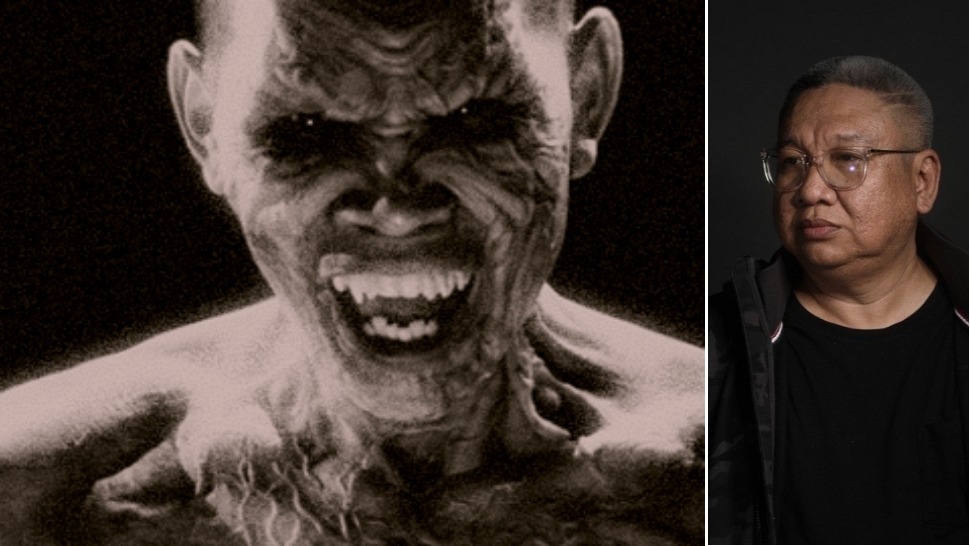 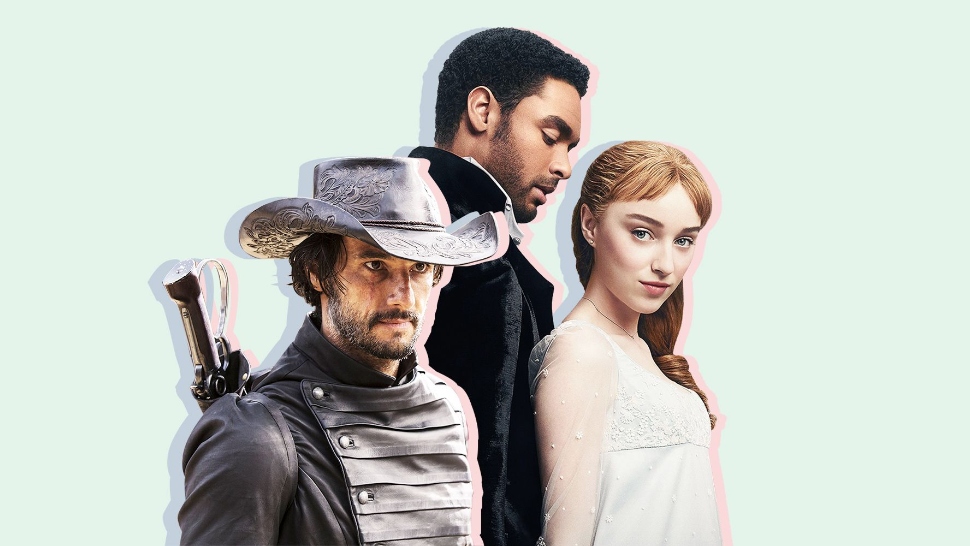 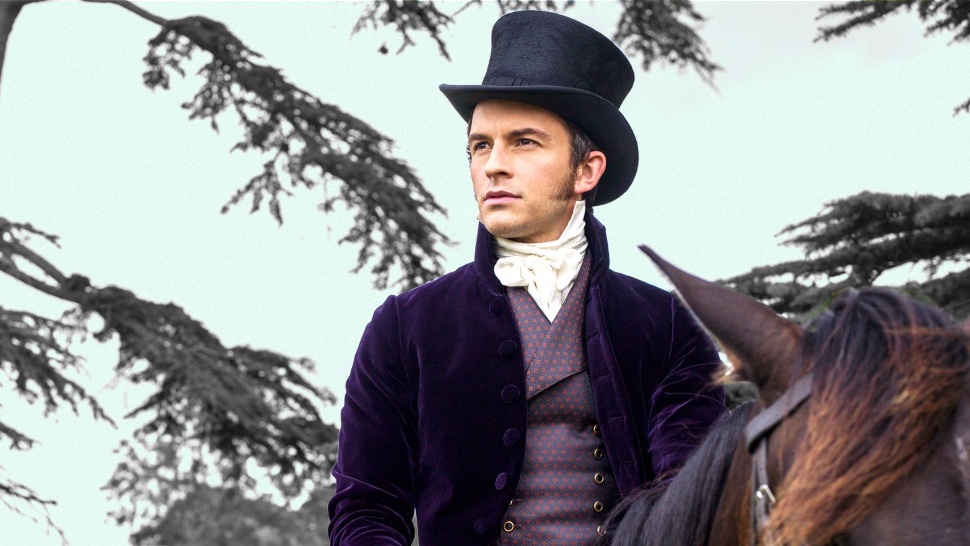