The 50 Most Popular Episodes of Friends, Ranked

Ross and Rachel fans only. 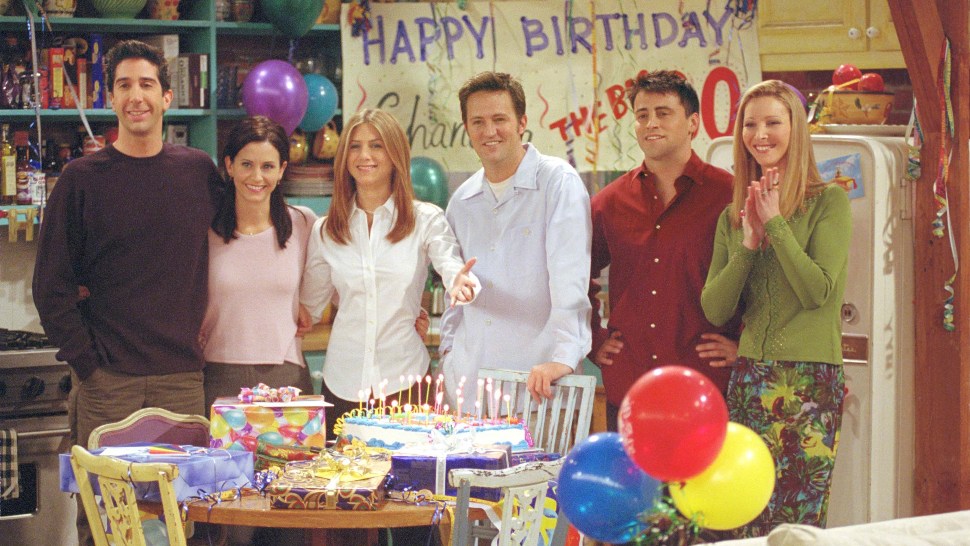 It’s a truth universally acknowledged that every episode of Friends is a work of genius (except the ones where Rachel is dating Joey—just...no), but some are of course more iconic than others. The one where Ross screams, “MY SANDWICH”? Like...I felt that. And the one where everyone eats cheesecake off a dirty floor? Also felt that. Anyway, we ranked the 50 most popular episodes of Friends to narrow down the best of the best, and please be advised that this is a safe space for people who are deeply obsessed with Ross, aka me.

Friends’ last hurrah only made this list because it was technically a really good episode. That said, I refuse to acknowledge its existence because I’m too emotionally immature to accept that this show ended.

Hands up if 10-year-old you filed Rachel and Phoebe’s bridesmaid gowns to your “wedding mood board.” Cool, normal, same.

Aka the episode where we learn Monica’s biggest pet peeve is animals dressed as humans and that Chandler’s mail is addressed to “Chanandler Bong.”

Name one TV show that did an “alternate universe” episode better than Friends. Oh wait, you simply cannot! And that’s mostly thanks to Phoebe killing it as a workaholic chain-smoker.

Otherwise known as the episode where Rachel makes a disgusting dessert with jam, custard, lady fingers, raspberry, and—ah yes—beef. And then Joey fully eats it.

Controversial but correct opinion: Ross is the best character on Friends and his breakdown over Rachel and Joey dating is the only proof you need. He’s FINE.

“The One Where Underdog Gets Away” (Season 1, Episode 9)

This is one of Friends’ better Thanksgiving episodes thanks to the gang spotting Ugly Naked Guy’s girlfriend, Ugly Naked Girl. And also thanks to Monica’s insane blowout.

Look, the Emily episodes were rough for all of us due to her, well, sucking. But watching Ross attempt to play Rugby? Worth it.

This was one of the most-watched episodes of Friends and had a million guest stars including Julia Roberts, Brooke Shields, Jean-Claude?Van?Damme, and mostly important, the living legend known as Marcel the Monkey.

Speaking of Friends' cast of animal extras, this episode introduced us to my personal lord and savior, Mrs. Wiskerson, aka Rachel's deranged hairless cat who truly did NOT get the respect she deserved.

Everyone Else: Likes this episode because the group reveals how many people they've had sex with.

Me: Likes this episode because of Chandler's criminally insane roommate Eddie and his imaginary goldfish.

The best episodes of Friends are the ones where literally nothing happens, and no episode exemplifies that vibe more than Monica buying this car bed, which SOME OF US (me) would fully sleep in.

“The One With the Videotape” (Season 8, Episode 4)

Things that happen in this episode: (1) Ross and Rachel make a sex tape, (2) everyone watches said sex tape, and (3) Phoebe comes up with the iconic fake name “Regina Phalange.”

Rachel and Ross’ baby saga took up three full episodes, all of which are on this list because, duh. Gems from Part 1 include Ross getting into this position (legendary) and Monica and Chandler trying to have sex in the hospital.

Meanwhile, gems from Part 2 include Joey accidentally proposing to Rachel plus Monica and Chandler hooking up in a janitors’ closet.

I’d love to know which Friends writer was just all, “Let’s have Chandler sit in a box during the entire episode,” because I, honestly, have so many questions. But mostly just slow claps.

Honestly, I’m too distracted by how Paul Rudd still looks exactly the same to even talk about this cute episode, so moving on.

Nothing that crazy happens in this episode (other than Marcel escaping), but it’s still a total classic in Ross and Rachel’s relationship timeline thanks to him gearing up to reveal his true feelings.

“The One With All the Cheesecakes” (Season 7 Episode 11)

I barely remember what happens in this episode, but it features the scene where Joey, Rachel, and Chandler eat cheesecake off the floor and therefore is very important to my personal brand.

I have never related to someone more than Ross trying to flirt by saying, “Hey, you know that smell gas has? They put that in.”

“The One Where Everybody Finds Out” (Season 5, Episode 14)

Could truly watch Phoebe trying to flirt with Chandler on a loop forever.

I maintain the Joey and Rachel dating episodes were not Friends’ best. But once again Ross saved the day with spray tan mishap hilariousness.

”The One With The Princess Leia Fantasy” (Season 3, Episode 1)

Jennifer Aniston fully donned a Princess Leia outfit for this episode, and apparently, Star Wars creator George Lucas was so into it, he sent the production team a letter congratulating them.

Like, in what world would the episode where Chandler decides to buy Monica a ring not make this list? Could it be anymore romantic? (Sorry, had to, ugh).

Love this one mostly because of Chandler’s vest and also because the guys somewhat misogynistically assume their friends will suck at poker and get completely owned.

“The One With All the Wedding Dresses” (Season 4, Episode 20)

Real ones know watching TV in your house while wearing a wedding dress is the only way to truly live.

On the one hand, it’s kinda creepy in retrospect that Ross was dating one of his students. On the other hand, we got to see Ross go on spring break, soooooo.

I can’t even write about this episode without spiraling into Ross + Rachel feels. They’re truly each other’s lobsters.

“The One With Monica and Chandler‘s Wedding” (Season 7, Episode 24)

Otherwise known as THE episode where we find out Rachel is pregnant. Full goosebumps just thinking about it.

This episode is heartbreaking due to Ross being dumb enough to make a list of cons about Rachel, but all their pent-up tension makes it one of the show’s very best.

Not only does this episode feature my aforementioned best friend, Marcel the Monkey, Chandler and Joey casually share a New Year’s Eve kiss. But mostly, HI, MARCEL.

Nerdy fact about this classic: When Joey pulls out credit cards from his man bag, they say MoosterCard and VASA. #TheMoreYouKnow

Ugh, people seem to like this episode of Friends so here we freakin’ are. Just know that I am not one of said people due to the Ross imposter that is Russ. How DARE HE.

Another beloved episode for us Ross Is the Best Truthers due to his bleaching his teeth. In fact, this Ross moment is so classic it was mentioned on NCIS. His power.

“The One With the Lesbian Wedding” (Season 2, Episode 11)

A lot of the jokes on Friends do *not* age well—especially when it comes to Chandler’s homophobia. But the show was one of the first sitcoms to air an LGBTQ wedding—which was a pretty big deal. (Although, they didn’t show Carol and Susan’s kiss).

Oh, this episode? Just the one where Monica proposes to Chandler in a room full of flickering candles and feelings. *weeps*

You are not the only one who can’t get through Ross screaming “PIVOT” without being IRL LOL. The cast were barely able to handle this scene, and David Schwimmer said it was “the hardest I’ve laughed in my life, period.”

Fun, by which I mean yikes, fact: Matt LeBlanc dislocated his shoulder during the scene where Joey and Chandler race toward the chair, and his injury had to be written into the show. Worth it for the LOLs, tho.

Woof, this one is so brutal. But the acting is top notch—give Ross his retroactive Emmy, you cowards!

Welcome to the episode where Ross tries to talk dirty to his girlfriend and says “vulva” at her for no comprehensible reason.

If you haven’t memorized Ross and Monica’s brother-sister dance routine, you’re not even living. Bye.

In a truly NSFW moment, Rachel rolls over a juice box while hooking up with Ross and thinks he prematurely, uh, shooted his shot everywhere. The fact that this got past censors is a true flex.

Joey standing in the middle of his London map is the energy I’m taking with me into 2022.

Reasons Ross is relatable #1,245: screaming, "MY SANDWICH," in a rage after a coworker tried to steal his lunch. I’m watching you, Karen.

“The One With the Jellyfish” (Season 4, Episode 1)

By far one of the very best episodes of Friends thanks to Monica getting stung by a jellyfish, trying to pee on herself, and then getting Chandler to pee on her. I mean...that’s love.

Try to ignore Ross’ horrifying hair gel situation and join me as I live vicariously through Rachel and Rachel’s best kiss ever.

If I have to explain to you why this is the greatest episode of Friends ever made, you clearly don’t have unagi. 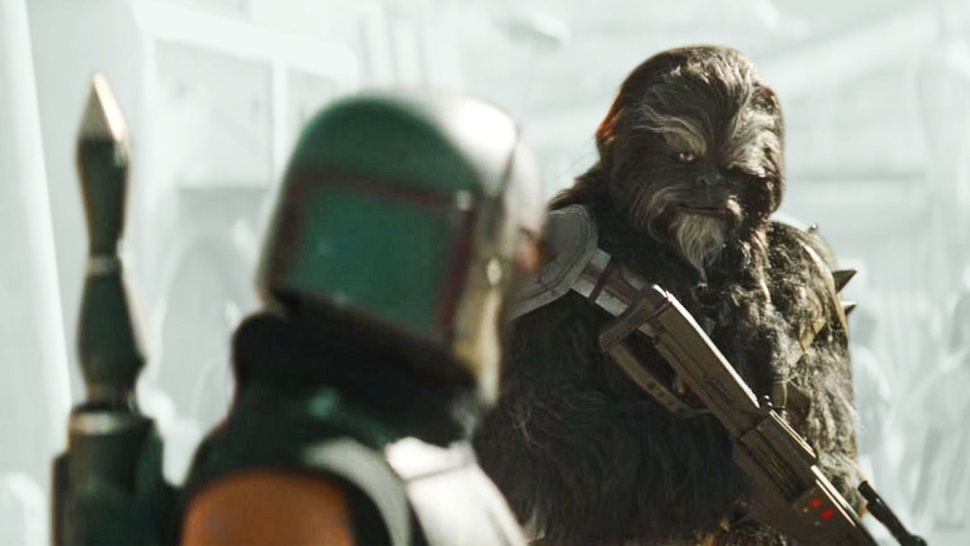 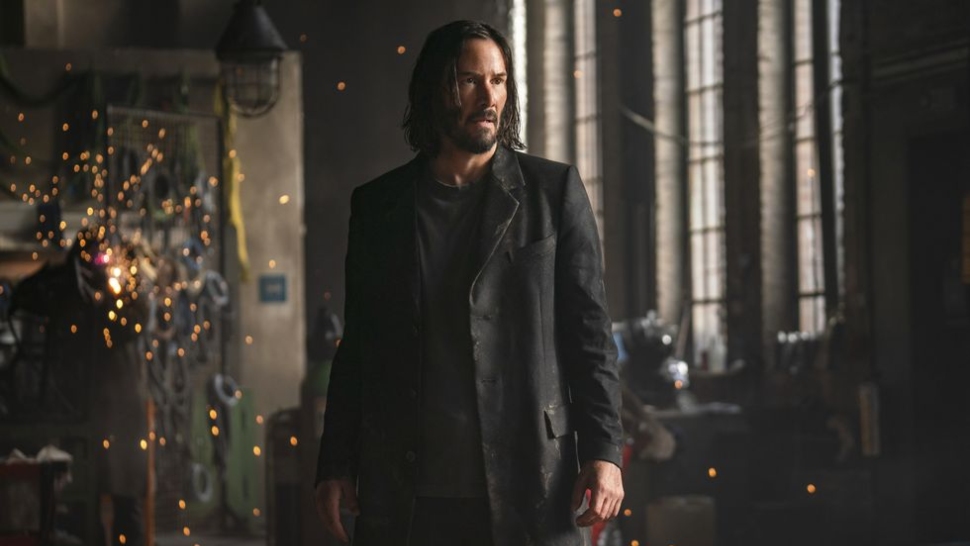