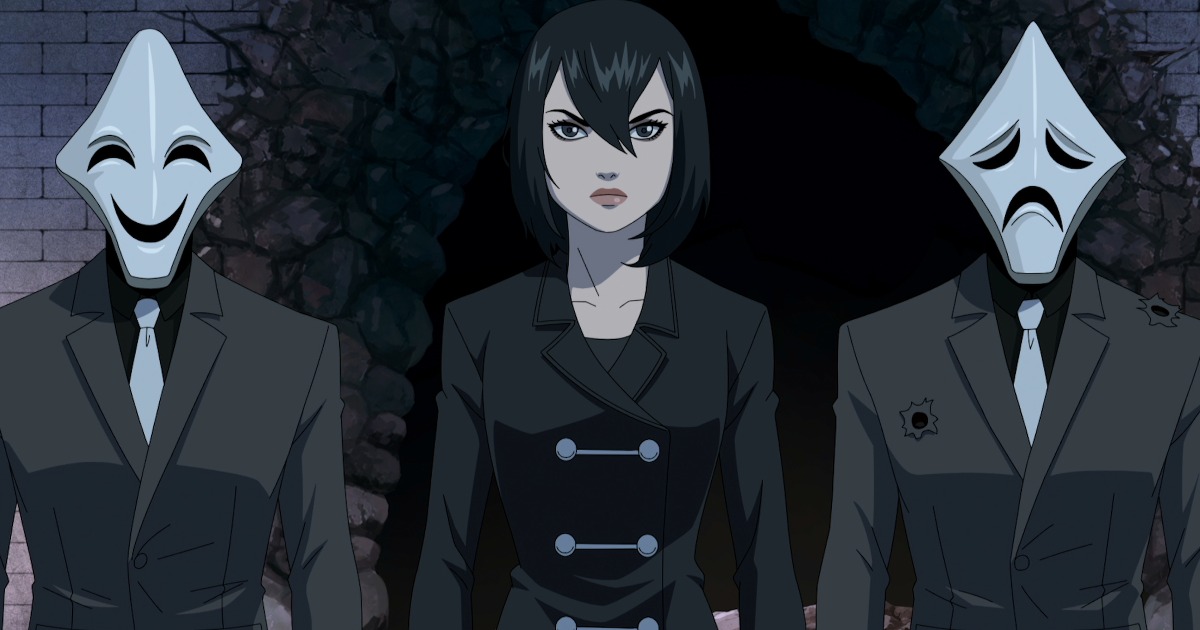 Trese is finally on Netflix, and we have so many thoughts—all of them good. Naturally, we turned to Twitter to bask in the fandom's reactions. Here's what's got fans talking:

Chef’s kiss is right. The theme song “Paagi” from UDD still leaves us with goosebumps no matter how many times we’ve watched and rewatched the show. And coupled with that absolute epic animated opening sequence? We made sure to never click Skip Intro.

2| The English and Filipino Dubs

Cursing always sounds (and feels) better in Filipino, and the Filipino voice cast definitely deserves props for bringing the Filipino dub to life. Of course, the English dub was also great, and we found the sometimes awkward accents endearing instead of annoying.

Trese is littered with snippets of real talk that will no doubt resonate with Filipino viewers. One of Trese’s dialogues in the very first episode summed up a big theme of the show: that some humans are monsters as well.

As if featuring an MRT in the first 30 minutes wasn’t enough to relate fans to the show, Trese also makes a point to include cameos of real-life pop culture and icons, like Jollibee, ABC-ZNN, and hell, even Kathryn Bernardo.

Despite the gritty plot and horrific monsters, Trese is a visual ode to Metro Manila—and it shows. Every shot of each building, street, and skyline is so detailed, it could only be created by someone who’s walked the damp, stinky, and beloved streets of the metro. Cue the nostalgia.

The social commentary of Trese isn’t the center of the story. It’s not even a plot device. It simply lays out the facts as Filipinos know them, making Captain Guerrero’s conversation with a prisoner all the more heartbreaking and perceptive.

7| The Love for Choc Nut

We’ve talked about the pop culture references and the social commentary in Trese, but we haven’t yet discussed this very, very important scene between Little Trese and Nuno that efficiently captures the uniting element of Filipino culture and society: our addiction to Choc Nut.

If you watched Hook or The Last Airbender, you’ll have no doubt recognized the distinct voice of Rufio and Zuko making a cameo in the English dub of Trese. Fil-Am Dante Basco, whose voice many associates with childhood nostalgia, plays Bagyon Kulilmlim, a lightning elemental. Guess Prince Zuko finally mastered his lightning bending.

And let’s not forget actor Manny Jacinto, who voices the prince of the tikbalang, Maliksi. No doubt fans of The Good Place were blindsided by the voice of the ditzy Jason Mendoza not sounding, well, dumb. Instead, fans are treated with a seductive tone that no doubt had plenty of fans switching to the English dub for a while. Cough.

Trese, The Kambal, Hank, and Captain Guerrero are squad goals. Special shoutout to Cap Guerrero, the poor guy, who endures way more bizarre paranormal crap than he gets paid for.

Fans are also simping for Crispin and Basilio despite them being the demigod sons of an evil warlord god and all that, but it’s okay. We understand.

Hands own, the best thing about Trese is Trese herself. A competent, no-nonsense queen who will never be a damsel in distress. Here is a fantastic female Filipino heroine who isn’t defined by a romantic interest and doesn’t shy away from blood, guts, and gore. We can’t wait for whoever she kills or curses next.