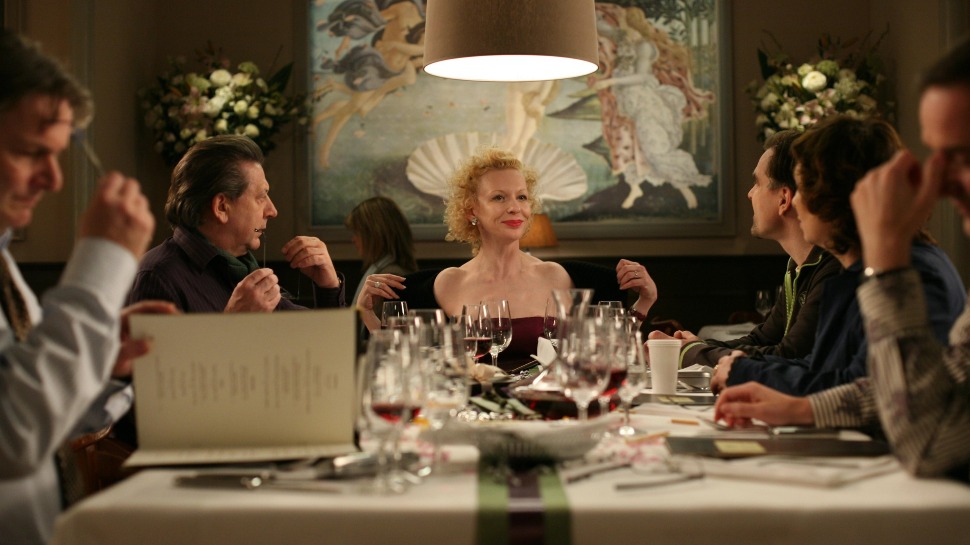 The triangle of sadness, according to Ruben Östlund, is that area between your eyebrows where worry lines show. At the start of the film, fashion model Carl (Harris Dickinson) is in a room full of half-naked men auditioning for a fashion campaign. It’s meant to demonstrate the fickle nature of beauty as currency, an idea that Östlund explores in his sixth feature film and second Palme d’Or-winning effort. The twenty-something Carl fidgets uncomfortably as he’s scrutinized, particularly his triangle of sadness, which one of the casting directors suggests should be botox’d. Carl is dismissed, unlikely to have gotten the part. Just a regular day in the beauty industry.

Carl is dating Yaya (the late Charlbi Dean, who died in August this year), a rising star in the modeling world and an influencer who earns far more than he does. The first act focuses on the power imbalance in their relationship, a theme that recurs throughout the film, whether that power comes from beauty, gender, or wealth. The pair have a purely transactional relationship, Yaya confesses, after being confronted by Carl, whose frustration with her manipulations had come to a head.

Carl is exasperated with Yaya managing to avoid paying her way despite earning more, and Östlund pokes fun at how incongruous modern-day feminism is with traditional gender roles. In the end, Yaya admits that her beauty is all she has, and her time in the spotlight is limited, saying that her only way out is to become a rich man’s trophy wife. The first act ends with Carl vowing to make Yaya fall in love with him in earnest.

Carl and Yaya are merely the preamble to the absolute insanity that is Östlund’s Triangle of Sadness, a riotous exploration and satirical look at the convolutions of power.

Insanity doesn’t even begin to describe it. When the film trailer features the mega-rich vomiting all over each other, you can be sure that you’re in for a good time. Or a really, really bad one, take your pick. But what’s inarguably good, however, is Dolly de Leon’s performance as Abigail, the toilet manager of a luxury yacht. She’s largely absent for the first half of the film, which focuses on Carl and Yaya as well as the other passengers on an exclusive luxury cruise for the filthy rich.

Filthy also happens to be the perfect word to describe unimaginable wealth and the power that comes with it. Östlund has populated his yacht with all manner of wealthy and eccentric individuals, such as Russian fertilizer baron Dmitry (Zlatko Buric) who proudly announces, “I sell shit,” and unassuming old British couple Clementine (Amanda Walker) and Winston (Oliver Ford Davies) who made their fortune selling landmines. The second act, revolving around the boat, shows the entitlement and surprising caprice that comes with money.

At one point, Dmitry’s wife Vera (Sunnyi Melles) demands everyone working on the boat to go for a little swim in the ocean, and the crew simply can’t say no. At the start of the cruise, the yacht’s staff head Paula (Vicki Berlin) reminds her crew that the answer to everything should always be “yes, sir,” and “yes, ma’am,” and concludes her pep talk with a crazed cheer of, “money! money! money!” as they hope for massive tips. On the yacht, money is king. On the yacht, money is power.

But power is fleeting and illusory. The second act’s climax demonstrates how capriciousness often leads to disaster, as Vera’s request emptied a kitchen out of its crew, resulting in fresh seafood going bad. Food poisoning, coupled with some rough waters during the captain’s dinner with a drunkard, Socialist Captain (Woody Harrelson), leads to the most memorable and disgusting film scene of 2022. It really should’ve been cathartic. There’s a special schadenfreude in seeing the rich suffer, but seeing the rich puke their guts out while covered in their own shit instead evokes an inexplicable sadness.

And then there’s the third and final act, the island, where the hierarchy of power is flipped on its head. When tragedy befalls the yacht, a number of characters find their way to an island where money and Rolexes mean nothing. Instead, it’s the ability to gut and cook fish that decides who gets to call the shots. The only person with survivalist skills on the entire boat, it turns out, is the lowly Filipina toilet manager and it’s remarkably satisfying.

De Leon is stellar in the role of the surprisingly self-confident Abigail, who quickly ascends to the role of leader and protector. But power corrupts, and on an island where there appears to be no way out, Abigail has absolute power that threatens to corrupt her absolutely. She graduates from dispensing pretzels to demanding sexual favors in record time, showing that even the poorest among us lack no imagination when it comes to selfishness. We just need the means.

Östlund’s essential thesis is that power and currency come in various forms. Yaya uses her beauty and femininity while Dmitry has the sheer purchasing power to buy the entire yacht, something which he actually does. Paula’s power comes from her position, which quickly dissipates when there’s no longer a crew to command or a boat to service. And then there’s Abigail, who had no power at all, whose position of toilet manager was just another dark joke in a film that takes the term ‘toilet humor’ rather too literally. When Abigail tastes real power likely for the first time, she desperately wants to cling to it.

The Triangle of Sadness’ brilliance comes from its very human, very real portrayal of people across all walks of life; about how all relationships are in some way transactional. De Leon’s performance is award-worthy and deserves at least an Oscar nod. Dean was truly wonderful as Yaya, and her passing is doubly sad because she showed so much promise in her role.

It isn’t coincidental that Carl, a straight, white male, just happens to be the least powerful character of all, relying on exchange deals to get on a luxury cruise and ex-deals of another sort to get comfortable sleeping arrangements on a seemingly deserted island. Östlund deliberately leaves the ending open-ended, giving the audience a power of their own: the ability to shape the narrative as they see fit. It’s a welcome gift at a time when many of us can feel quite powerless, a reminder that power is never permanent, we just need to wait our turn.

Triangle of Sadness is now showing in cinemas nationwide. 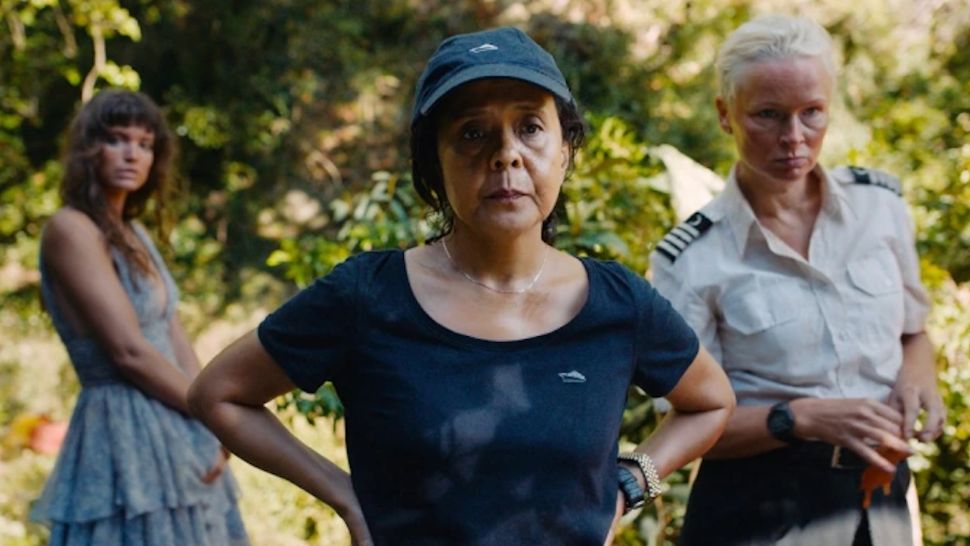 Triangle of Sadness, the Cannes 2022 Palme d'Or Winner, Is Coming to the Philippine This November 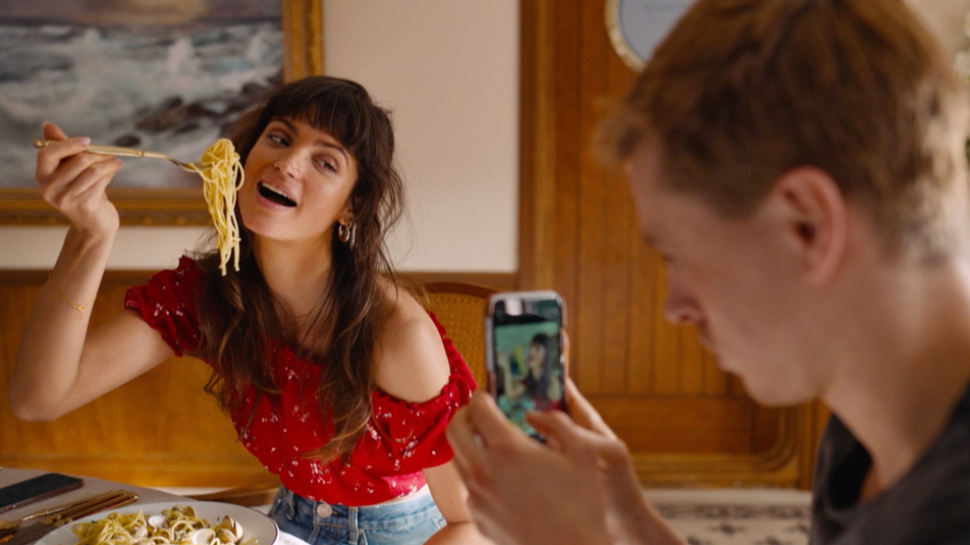 Love Watching Rich People Puke and Poop at the Same Time? Then Triangle of Sadness Is the Film for You
Shares
Share
Tweet
View More Articles About:
culture
Movies & TV
The Arriviste
con-00304
review
More Videos You Can Watch 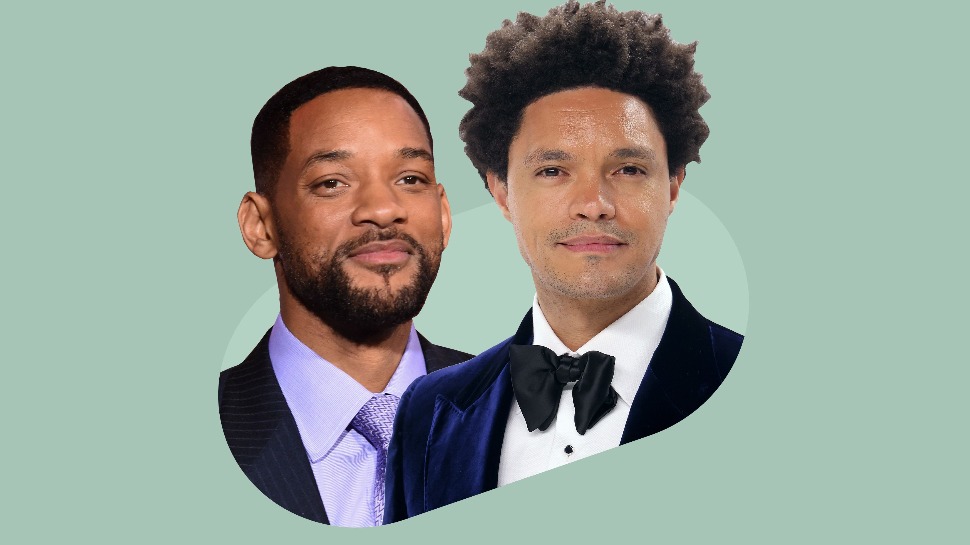 Will Smith Gives Finally Opens Up About the Oscars Slap 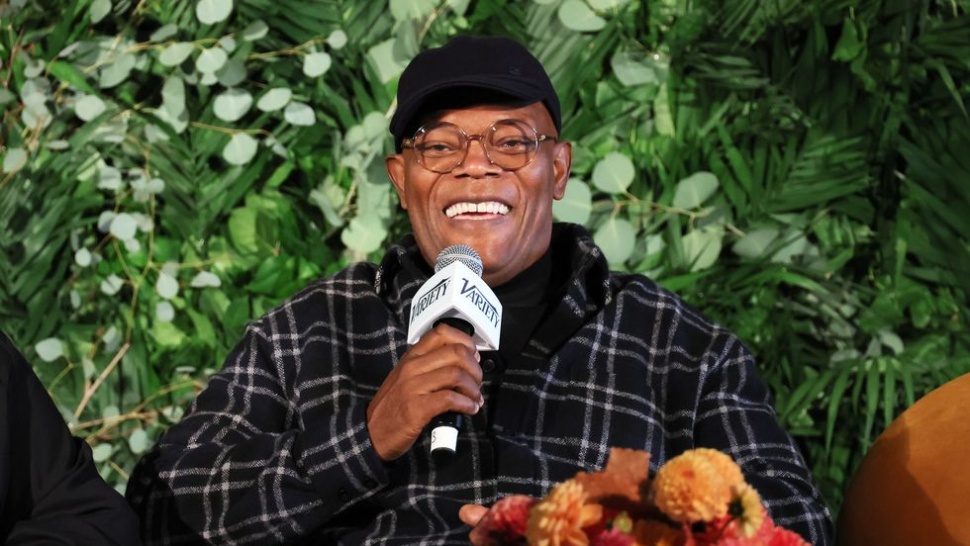