Despite the Academy's decision, the 2018 Best Picture Oscar will always truly belong to Jordan Peele's racial horror and directorial debut, Get Out.

Clearly Peele is only just getting started with a long slate of projects coming up including a docuseries about Lorenna Bobbitt, a vengeance-driven Nazi hunting TV series for Amazon, a reboot of The Twilight Zone, and a spiritual sequel to cult horror classic Candyman in a now gentrified area of Chicago.

Today the latest development on another brainchild of his comes in the trailer for Us. Written and directed by Peele, it stars Lupita Nyong’o, Winston Duke, and Elisabeth Moss.

The film, which promises "a new nightmare," is set in present day Northern California where couple Adelaide and Gabe Wilson (Lupita Nyong’o and Winston Duke) take a trip to the beach with their children and another family.

Adelaide suffers from growing paranoia after a trauma in her past. This nightmare becomes real when darkness descends and visitors arrive uninvited in the form of four figures standing at the end of their driveway dressed in red. 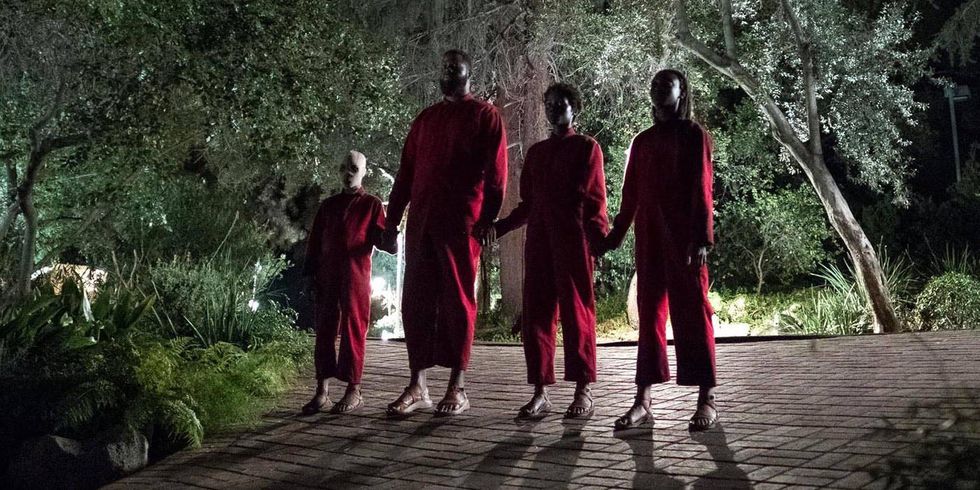 “For my second feature, I wanted to create a monster mythology,” Peele told Entertainment Weekly. “I wanted to do something that was more firmly in the horror genre but still held on to my love of movies that are twisted but fun.”

Did Everyone See the Same Monster in Bird Box?
All Photos
Comments
View As List