Disney+ series could have a game-changing moment ahead.

Ever since Marvel head Kevin Feige hinted that the X-Men will soon make their debut in the Marvel Cinematic Universe, we haven’t known quite what to expect. The X-Men films (and comics) are stuffed with hits and misfires, making it unclear what’s going on inside the Marvel hive mind for a new slate of stories. A brand-new cast? Some new, some old? Or a multiverse where anything goes?

Since we have Marvel back in our lives with WandaVision, the question has been especially pressing as of late, considering that Wanda name-checked her brother, Pietro Maximoff (AKA Quicksilver) in Episode Three. This is important, because we’ve seen two big-screen Quicksilvers in recent memory: 1/ The MCU version who died in Avengers: Age of Ultron, played by Aaron Taylor Johnson, and 2/ Evan Peters’s quippy, fan-favourite Quicksilver in the last two X-Men films. And if the Marvel fans over at Reddit are to be believed, it looks like, improbably, the Quicksilver played by Evan Peters is about to show up in WandaVision.

First of all: Marvel fans have long speculated that the studio wouldn’t let Peters fall by the wayside, and would find a way to work him into the MCU somehow. Now, it seems like fans have found what’s allegedly a leaked preview that shows Wanda interacting with Peters as Quicksilver. And they’re already trying to figure out how the hell Marvel will explain Peters showing up. In a thread discussing the alleged leak, Reddit user PaperChampion23 outlined a few probable explanations:

Evan Peters is playing a recasted ATJ QS. This i find highly doubtful. If playing into the possible laws on how Vision is alive, then Wanda would require ATJs or "recasted" Evan Peter's body. Its been like 7-8 years since he's been dead. Doubt his body was preserved.

Evan Peters is the actually playing a normal person, aka the witness protection guy Woo was talking about. 4th wall meta joke that makes this guy her brother since he's missing in Episode 4.

Similar to the above as a meta joke, Peters is actually playing the villain, disguised as her brother and manipulating her. Mephisto/Nightmare/whatever.

Peters showing up in WandaVision is firmly somewhere out of left field – but not like, extremely far out, given that Ryan Reynolds will enter the MCU in Deadpool 3. Our guess is that the fan theory positing that WandaVision will set up Doctor Strange in the Multiverse of Madness is true – and Wanda’s messing around with Westview somehow blasted him from the universe of the X-Men films into the MCU. Although, PaperChampion23’s third theory is almost just as likely, given that Mephisto has long been rumoured to be the Big Bad of WandaVision. If it really is Peters’s speedster? It’s good to see that Marvel hasn’t changed the joke-per-minute superpower that made his version of Quicksilver so beloved.

Six Months After His Death, Chadwick Boseman Gets Oscar Buzz For Last Films 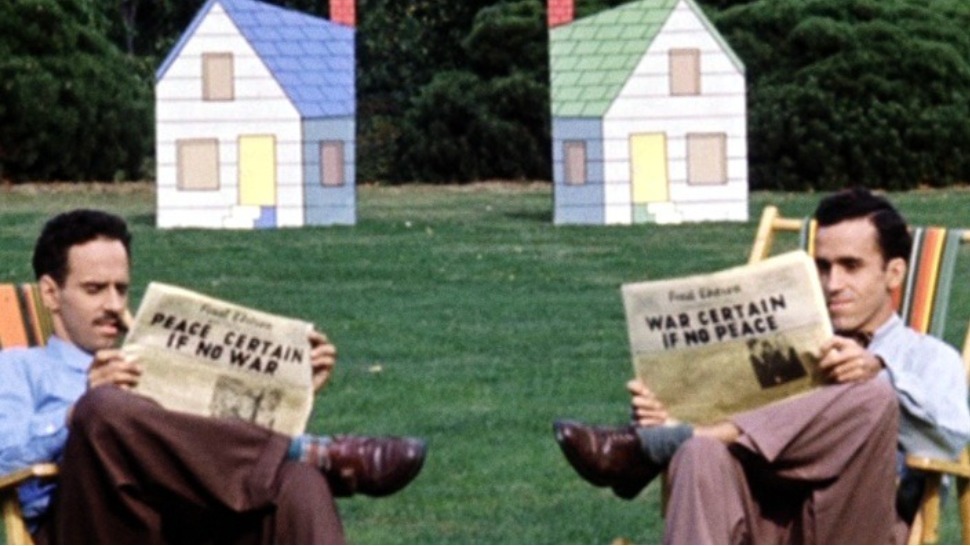