"A sincere act of homage, or a clueless failure of sensitivity?"

Wes Anderson's latest film hasn't been released yet, but it's already causing controversy.

Isle of Dogs, a stop-motion movie about a group of pups who have been confined to a remote island after an outbreak of 'canine flu', may not sound like something that would raise complaints, but several reviewers have accused it of cultural appropriation.

An element that has raised concern is Anderson's decision to set the film in Japan but to cast predominantly non-East Asian actors.

And while all the humans in the movie speak Japanese, the dogs all converse in fluent English.

Anderson, who wrote and directed the film, recently told Entertainment Weekly that he never intended to be entirely realistic in his narrative, saying: "The movie is a fantasy, and I would never suggest that this is an accurate depiction of any particular Japan.

"This is definitely a reimagining of Japan through my experience of Japanese cinema."

However, the film still doesn't sit well with some reviewers, with Los Angeles Timeswriter Justin Chang asking: "Does this white American filmmaker's highly selective, idiosyncratic rendering of an East Asian society constitute a sincere act of homage, or a clueless failure of sensitivity?"

He questioned several of Anderson's choices, writing: "Much of the Japanese dialogue, especially Atari's, has been pared down to simple statements that non-speakers can figure out based on context and facial expressions; longer, more complicated exchanges are translated aloud by a handy on-screen English interpreter.

"The dogs, for their part, all speak clear American English, which is ridiculous, charming and a little revealing...

"All these coy linguistic layers amount to their own form of marginalisation, effectively reducing the hapless, unsuspecting people of Megasaki to foreigners in their own city." 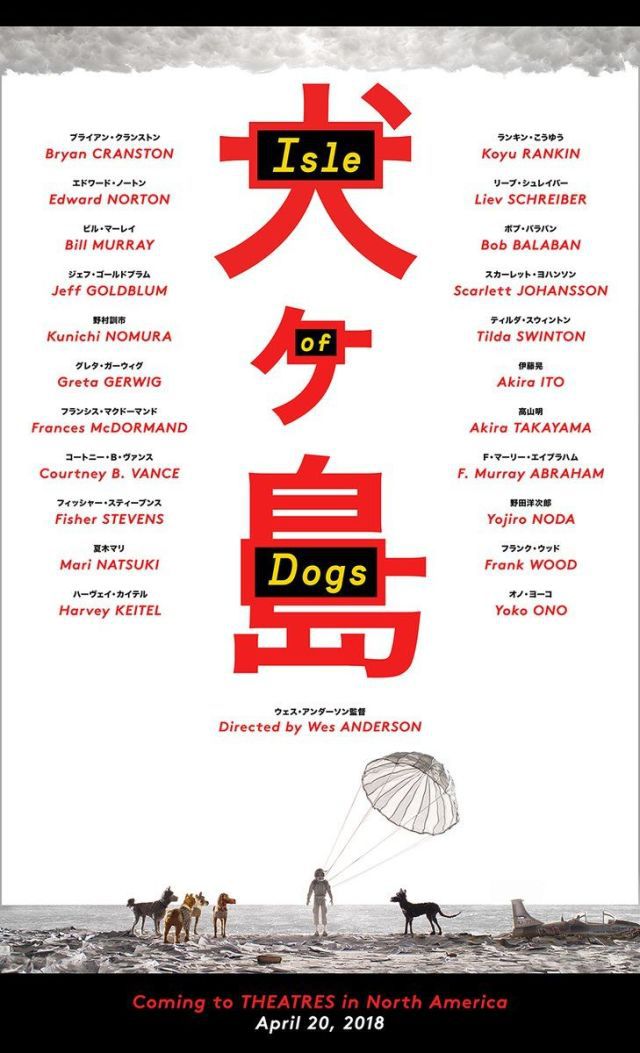 Some on Twitter fully agree that there are insensitivities in Isle of Dogs: