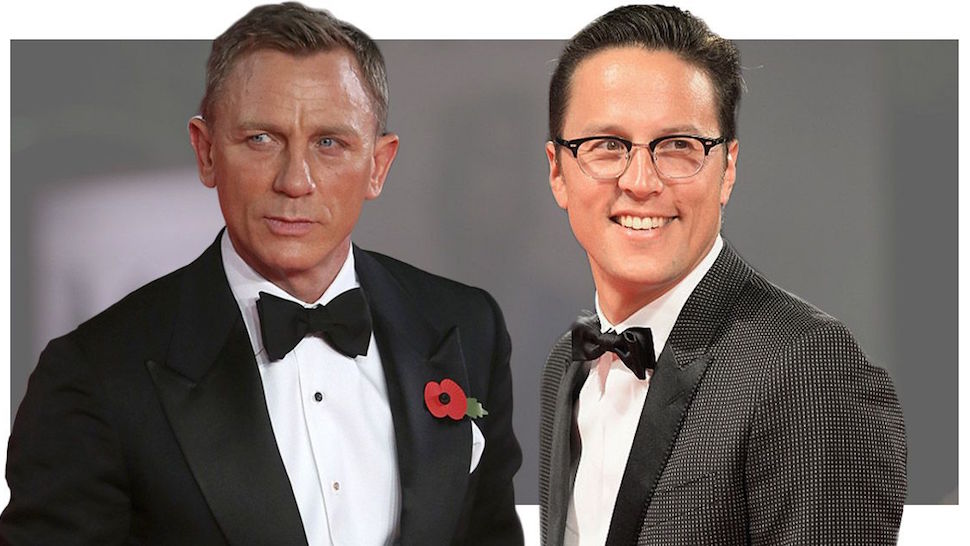 After the surprise announcement veteran British director Danny Boyle had walked away from directing Bond 25, disappointment - and some degree of panic - ensued. With the project due to start filming next year - and Christopher Nolan and Denis Villeneuve already ruled out - who would step into his place?

This week, we have the answer: Cary Joji Fukunaga. A outlier so unexpected that William Hill report not a single bet was placed on him taking over from Boyle.

For those not au fait with the director, here's everything you need to know about him and what we might expect from his interpretation of the world's most famous spy.

The announcement will have been music to the ears of people still insisting the first season of True Detective was an art form or those looking forward to watching Netflix sci-fi drama Maniac, both of which were directed by Fukunaga.

Other projects by the Asian-American director include a 2011 adaptation of Jane Eyrestarring Michael Fassbender and Mia Wasikowska and the Netflix-released 2015 film Beasts of No Nation which starred Idris Elba.

Fukunaga makes history as the first American and first non-white director person in the role, a refreshing change in a franchise which has been dominated by white artists and voices. Fukunaga split his childhood between Mexico with his Swedish-American mother and Berkeley, California with his father who was born in a Japanese-American internment camp.

The visuals of Bond films have been increasingly impressive in recent years with veteran cinematographer Roger Deakins' (Blade Runner: 2049, No Country for Old Men, Sicario, etc) work as director of photography in Skyfall proving particularly memorable.

Fukunaga did his own, award-winning, cinematography in Beasts of No Nation. His capturing of the emerald and sand landscapes of Ghana inspired the film's lead Idris Elba to learn how to use a camera for his directorial debut, Yardie.

“When he’s looking down the iris of the lens,” Elba told the New York Times of Fukunaga, “he can spot things, his intuition takes his eye and he can adapt right on the spot.”

One of the moments in True Detective which won him critical acclaim was a now infamous six minute single tracking shot, the result of which was meant you were pinned there with Rust Cohle (Matthew McConaughey) as he turns every dangerous corner. Exactly the sort of heart-in-your-mouth tension we can imagine bringing a Bond scene to life.

The role of 007 for Bond 25 has long been confirmed as Daniel Craig, though the actor has promised it will be his last turn in the tux.

If Fukunaga's film is well-received he may well be asked to stay on, as has been the case for Sam Mendes most recently and in the past Martin Campbell, John Glen, Lewis Gilbert and Guy Hamilton to name a few.

If this were to happen, Idris, having been directed by Fukunaga and been so praising of his style, might once again be the front-runner to take on the role.

But really, we have no idea what to expect

Bond 25 will likely be Fukunaga's first cinematic release since Jane Eyre having since had True Detective released with HBO on television and subsequently Beasts of no Nation and Maniac on Netflix. As he noted humorously in a recent interview, "I could be a complete failure in the box office. I have no idea."

Cast an eye over his past projects, from a classic English romance tale to a dark comedy about a pharmaceutical trial gone wrong, and no clear pattern emerges other than his obsession with getting things right.

Fukunaga stepped away from the 2017 remake of Stephen King's IT a few weeks before filming was due to start because of difficulties with the studio and his professional rigorousness has earned him a reputation for being fastidious.

The New York Times claim the director, "uses his extreme, gnarly attention to material detail to vertiginously recreate the lived experience of people who are superficially nothing like him" and that he is "obsessively granular, because be believes the wrong detail can shatter a movie or TV show’s spell".

Bond 25 may enter unchartered waters under Fukunaga but the series is in need of a shake-up, and clearly in very capable hands.