If you've never read the books or need a refresher, here's your complete guide to Netflix's new fantasy series.

Hello, new fans of the Grishaverse—we’ve been expecting you. There’s no shame in finishing the first (or second, or third) episode of Shadow and Bone, Netflix’s new big-budget fantasy series, blinking a few times as the credits roll, then asking, aloud to your empty living room, “Sorry, what?”

A great hallmark of fantasy is world building, and if you haven’t picked up one of Leigh Bardugo’s Grishaverse books, you're sorely lacking in the context department right now. Watching Jessie Mei Li shoot sunlight out of her fingertips is gonna boggle the mind a bit 'til we lay down a few ground rules, alright? Sit tight.

In Shadow and Bone, we meet Alina Starkov, a young orphan, mapmaker and member of the First Army in the fictional country of Ravka. She and her best friend, Malyen Oretsev, embark on a journey across what’s known as the Shadow Fold, an enormous ribbon of darkness that cuts through their country, stopping the supply of trade and threatening their economy and military. Created by a villain known as the Black Heretic, the Fold is home to hideous creatures known as volcra, who indulge in human flesh. It is only within this dark void that Alina discovers she can summon light into her palms, blasting away the winged beasts. In other words—she is a Grisha, and not just any Grisha. She's the Sun Summoner.

If your only response to that revelation is, “Whomst?” rest assured. Whether you’ve read the Grishaverse novels and need a refresher or are brand new to Ravka, we’ll guide you through the next few episodes and beyond with answers to all your questions. Let’s get started.

What is all *waves hands wildly* this based on?

Shadow and Bone is based on Bardugo’s book of the same name, a YA fantasy that came out in 2012. The book spawned what’s known as the Grishaverse novels, which include the two sequels to Shadow and Bone, as well as two spin-off series—the Six of Crows duology and the King of Scars duology.

Like in the show, Shadow and Bone the book focuses on Alina’s journey from lonely orphan to majestic Sun Summoner, a Grisha who can ostensibly destroy the Fold. But, in the books, criminals Kaz Brekker, Inej Ghafa, and Jesper Fahey do not appear in Shadow and Bone; their story is the center of the Six of Crows duology. When Netflix came calling, showrunner Eric Heisserer chose to introduce these characters in Shadow and Bone because they’re incredibly popular among Grishaverse devotees. In doing so, he effectively created a Six of Crows prequel.

What is a Grisha?

Think of Grisha (pronounced gree-shuh) as this universe’s superheroes. They are genetically bestowed with special gifts, not entirely unlike X-Men’s mutants. Grisha are the soldiers of the Second Army, though they are more often called “Masters of the Small Science.”

In the Shadow and Bone books, Grisha powers are not, in fact, “magical.” These abilities are referred to as “practicing the small science” because Grisha cannot create something from nothing. When they use their powers, they pull matter or energy from that which is already around them. They manipulate. As the books explain, “like calls to like.”

There are three orders of Grisha: Corporalki, Etherealki, and Materialki, with Materialki on the bottom of the food chain while Corporalki enjoy the highest rank. Within those orders are multiple types of Grisha.

Corporalki include Heartrenders, who can slow down or speed up heart beats, and Healers, who can heal wounds. All Corporalki are also trained as Tailors, meaning they can change a person’s appearance at will.

Etherealki include Squallers—think Airbenders, who can move around gusts of wind—and Inferni, who can manipulate fire, as well as Tidemakers, who control waves.

Finally, Materialki include Durasts, who work with solid materials to create architecture, weapons and technology, and Alkemi, who prefer negotiating chemicals to create bombs, poisons, etc.

To make matters a bit more confusing, these three orders of Grisha also enjoy secondary names. Corporalki are sometimes called “The Order of the Living and the Dead,” while Etherealki are coined “Summoners"—Alina Starkov and the Darkling thus fall under the category of Etherealki, though overpowered ones. Finally, Materialki are usually called “Fabrikators.” Got it down yet?

What are the First and Second Armies?

This one’s a bit simpler to remember. The First Army is composed of Ravkan humans, led by and in service of the Ravkan King, Alexander III, who resides in the Grand Palace in the capital city of Os Alta. The Second Army is filled entirely with Grisha, and though they populate the Little Palace and are technically under the Ravkan King’s reign, they serve and follow the Darkling, a Grisha himself. Whether the Darkling is entirely devoted to Alexander II, er, remains to be seen. Overall, these armies were created to protect and defend Ravka from their enemies to the north—Fjerdans—and the south—Shu.

Okay, but what if you’re not a Grisha? What do people call you?

Hey, an easy one! Regular (boring) humans are known as otkazat’sya. It's sort of a cruel term, though, since it means "the abandoned."

What are the ethnic groups in this world?

Although there are no dwarves or orcs or dark elves in the Grishaverse, there are still different ethnic groups.

Here’s a basic overview: The Fjerdans of Fjerda are usually blue-eyed and blonde-haired warriors. The Shu of Shu Han are based on the Mongolian and Chinese. The Kerch are based on the Dutch, while the nomadic Suli people of northwestern Ravka are inspired by a combination of Jewish, Romanian and South Asian peoples. Finally, the Zemeni of Novyi Zem are usually a race with dark skin, and the Kaelish of the Wandering Isle are pale and red-headed, inspired (shockingly) by the Irish.

So wait, who hates whom and why?

This gets knotty, so I’ll try to keep it as simple as possible.

In general, the greatest conflict is between Fjerda and Ravka. The Fjerdans despise and distrust Grisha, viewing their abilities as unnatural and therefore evil. Their drüskelle warriors frequently kidnap Grisha and put them to trial, only to kill them in the end. Understandably, the Grisha therefore hate and fear Fjerdans.

Then there’s Shu Han. Although the relationship is not quite as contentious, Ravkans also occasionally butt heads with the Shu, considering the Shu are known to experiment on Grisha. Because Ravka is bordered by Fjerda and Shu Han, passing through the Shadow Fold is the only “safe” method of trade across the ocean—once you get past all the monsters, anyway.

Next, there’s conflict within Ravka itself. The Grisha hold a general disdain for Ravkan otkazat’sya, whom they think of as inferior warriors. The otkazat’sya response? Right back atcha.

The island of Kerch is a pseudo-Switzerland, given its neutrality in global conflict, but it’s far seedier than you’d perhaps anticipate. (Thus why it birthed such stand-up citizens as Kaz Brekker's band of hooligans.) Kerch is the hub of global trade and a hotspot for slavers and merchants, which mean it’s where Grisha and Suli people are frequently sold off to prostitution rings as indentures.

Finally, the Zemeni of Noyvi Zem live a generally peaceful existence, cut off from the Fjerdan-Ravkan-Shu conflict by a rather convenient ocean.

Can Grisha make themselves even more...Grisha-esque?

Sure, if they can find an amplifier! Amplifiers are somewhat self-explanatory tools that enhance Grisha power, and they usually take the form of bones or scales or other animal remnants. Problem is, they're tricky to find, and the rules around them are even trickier: To use an amplifier, a Grisha must personally hunt and kill the animal that possesses such power. Then, once Grisha have bound themselves with an amplifier, it can't be used by anyone else. And to up the complicating factors by an extra smidge, Grisha themselves can actually be amplifiers—just ask the charming General Kirigan.

What, precisely, is The Cut?

A very powerful Grisha move that General Kirigan and friends use to slice people in half.

Why is everyone sporting those furry Russian hats?

In short, Bardugo really likes Russia. She based much of the Grisha world around parts of the Russian Empire, in part to get away from traditional fairy tales and fantasies inspired by Medieval Europe.

The furry hats you'll see on Mal and other members of the First Army are inspired by Russian ushanka, fur caps made to protect the head and ears from cold winds.

Why do only Grisha get to wear fancy capes?

First, let’s not make the newbie mistake of calling them “capes.” They’re keftas, a hybrid robe and coat-like garment worn only by Grisha as a way of designating their power.

Different orders of Grisha wear different colored keftas, again as a way of designating status and ability. Corporalki don red, Etherealki blue, and Materialki purple, with each type within their respective order earning various hues of embroidery. Servants in the King’s Grand Palace wear white, while the Darkling wears black. And, of course, Alina, as the Sun Summoner, gets to wear gold.

Grisha usually dress in keftas in Ravka, where many of them live, but they might occasionally wear them elsewhere—like in a club in Ketterdam, for instance.

There are clubs in Ketterdam? Sounds fun!

Yes and no. Ketterdam, inspired loosely “by Amsterdam, Antwerp, Las Vegas, London, and old New York (aka New Amsterdam),” Bardugo says, is a rather rotten place to live. A merchant’s paradise, it is a hub of global trade, both legal and illegal. Because of the latter, it’s also a popular place for drinking, gambling and prostitution, as well as all matter of violence. To get by among the chaos, multiple gangs have formed, including Kaz Brekker’s crew of Dregs, run by Per Haskell. Your favorites, including Jesper and Inej, all work for the Dregs.

Con artists and criminals thrive in Ketterdam, as do their gambling clubs, such as the Dregs’s Crow Club, where Kaz reigns. But there are also numerous other clubs and brothels, most famously the Menagerie, a building built like a cage that houses “exotic” beauties, usually young women from foreign lands (think Suli, Zemeni or Shu). This is where the Wraith, Inej, is first taken after she is kidnapped.

Are there magical creatures in this universe?

Sort of, though not your traditional fairies and dragons. There is one many-antlered stag, as well as a few other animals with enormous power. But I can’t say much more without spoiling Season Two.

Well, okay, when do we get a Season Two? 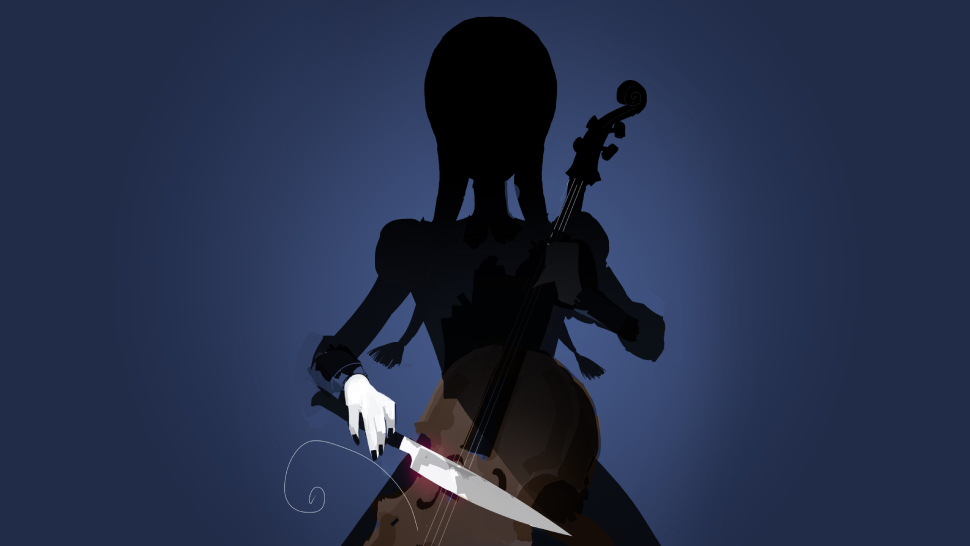 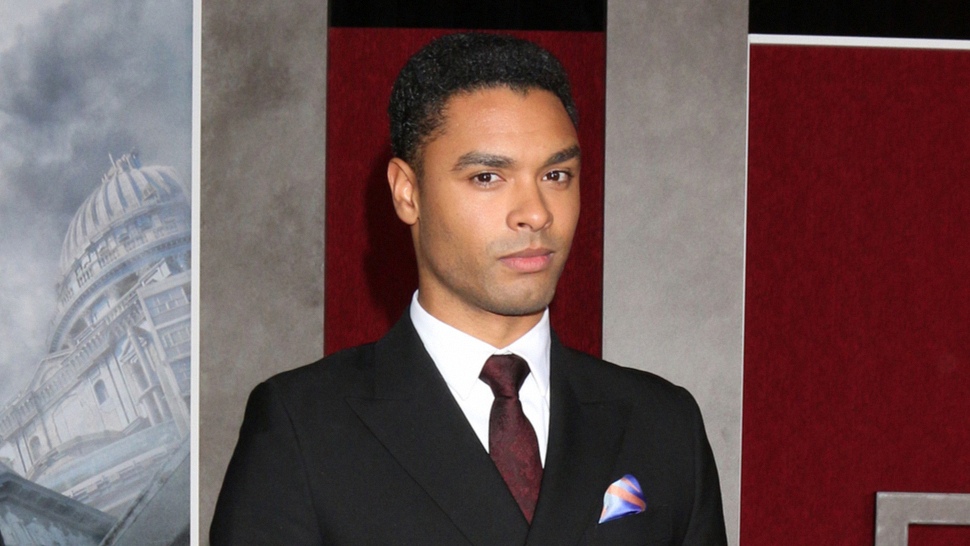 Could Bridgerton Star Regé-Jean Page Be the Next Black Panther? 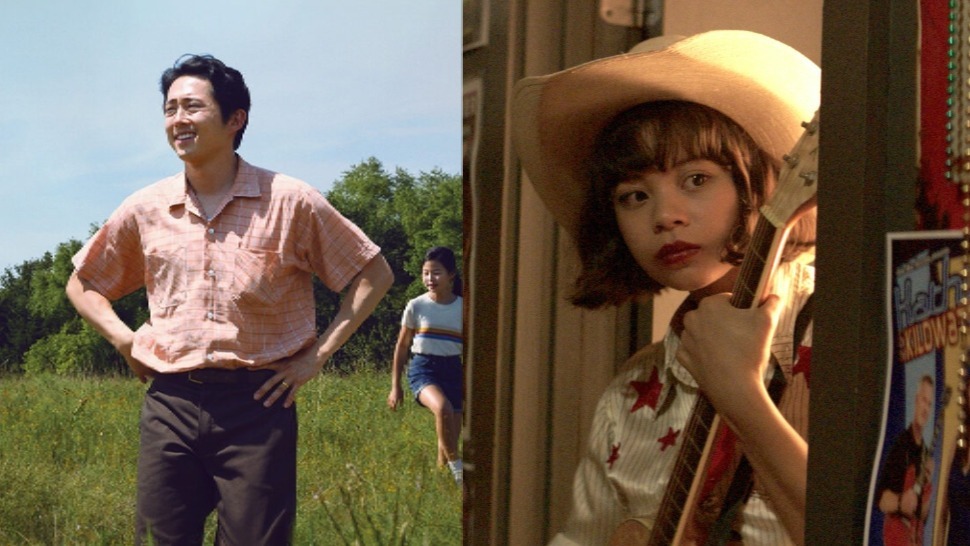