Life is not a TV commercial.

We all remember the famous Promil commercials of yesteryear. Shaira’s interest in the human anatomy, Kiko’s passion for poetry, and James’s love for the stars inspired kids to aim higher and made mothers buy Promil in bulk.

As the most prominent members of the beloved Promil ad campaign, the former child prodigies returned to the spotlight in 2015 when the powdered milk brand caught up with them 20 years later. So we know what these three have been doing all these years, but what about all the other promising Promil kids?

Wesley has been several steps ahead of the competition since ever since he picked up his first chess piece. At only 14 years, 1 month and 28 days, the young chess genius became the 11th youngest player ever to qualify for the Grandmaster title. At age 12, he was already the youngest national team member traveling to the 2006 Chess Olympiad in Italy, and two years later he was also crowned the youngest National Open Chess Champion.

Having been taught the game of chess by his father when he was six, the elite player is a 3-time Philippines Chess Champion, has won a number of international tournaments, and currently ranks second in the world. As the current United States Chess Champion, the Bacoor, Cavite native now inspires a new generation of chess players.

It seems as if brothers Daniel and Jimmy Tagala Jr. were destined to shine on a bigger stage. With their father a travelling folk musician and their mother playing the keyboard at mass, it’s no surprise that the brothers showed an early interest in music. Promil showcased both brothers in their ads, Jimmy in print, and Dan in both print and TV.

Dan learned how to play the cello at age 10, and only a year later won first prize at the National Music Competitions for Young Artists (NAMCYA). Now, as a professional musician, he performs with Ace of Strings, the Manila Philharmonic Orchestra and the Bernie Pasamba Music Consultancy.

Jimmy has been acknowledged as one of the country’s youngest violin virtuosos. At age 14, he won at NAMCYA, and only a year later, in 2006, was chosen to join the Asian Youth Orchestra. He’s since toured Europe with the Kabayao Family Quintet, performed as a solo artist to critical acclaim, and currently plays with Manila String Machine and the Manila Philharmonic Orchestra.

The voiceover starts with the words: “Jiro Manio. Gifted actor.” Unfortunately, the talented Japanese-Filipino kid in the Promil ad wasn’t able to build on his successful childhood career in film and television, which was cut short by serious drug issues.

The 25-year-old, who won best actor and best child actor awards at the FAMAS awards in 2004, acted for ABS-CBN for ten years and had a short stint with GMA before his personal problems effectively ended his acting career. According to reports, Jiro spent the last few years in and out of rehab, and once was found wandering around NAIA airport, scavenging for food.

In 2016, Ai Ai delas Alas, who played his on-screen mother in the Tanging Ina series vouched for his rehab. Manio said that the actress "rescued" him

At age 11, the child prodigy starred in her own Promil commercial where she painted a mural celebrating the bond between mother and child. While she didn’t grow up to become a professional painter, she stuck with her gift and pursued a career in advertising.

The UP Diliman College of Fine Arts graduate is now an Associate Creative Director at TBWA\Digital Arts Network, and has been recognized locally and internationally for her creative work. She never completely forgot her passion for painting either. While she put down the brush temporarily in high school to focus on her studies, she rediscovered painting as a creative outlet. CJ’s work has since been featured in solo and group shows in Manila.

Gifted musician and Promil kid Jacob Sarreal found his calling early. After starring in a Promil commercial showcasing his saxophone skills, the child prodigy continued to hone his skills and eventually formed the Sarreal Brothers Wind Quartet in 1998.

Jacob, who also plays the clarinet and bass, then opened the Sarreal Music Academy which provides home-based music lessons for a variety of instruments. He’s also developed a true calling for the outdoors, and works as an adventure guide for Trail Adventours, which supports local communities. 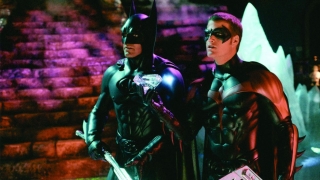 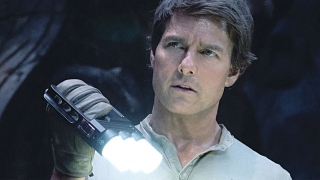