Can you believe it’s been half a century?

It’s the Abbey Road anniversary, 50th to be exact, and we still can’t get over the fact that half a century has passed since the Beatles dropped one of their best albums. After 10 years together with 12 records under their belt, there’s still not a more iconic image of the band than the boys crossing what was once a mundane road in the heart of Camden, North London.

Abbey Road is far from their best album (although it’s still pretty damn good), but the album cover would go to be one of the defining moments of the band and rock history. The iconic zebra crossing in London would later become the namesake of what is now called Abbey Road Studios where many Beatles songs were recorded. Every year, thousands of tourists from around the world head straight to Beatles street to recreate the album cover, and the crossing has been the center of celebration for years. Even the Eraserheads recreated the cover for their one-time reunion EP, courtesy of Esquire Philippines.

Heck, they even installed a surveillance camera so anyone can view the street from anywhere in the world. 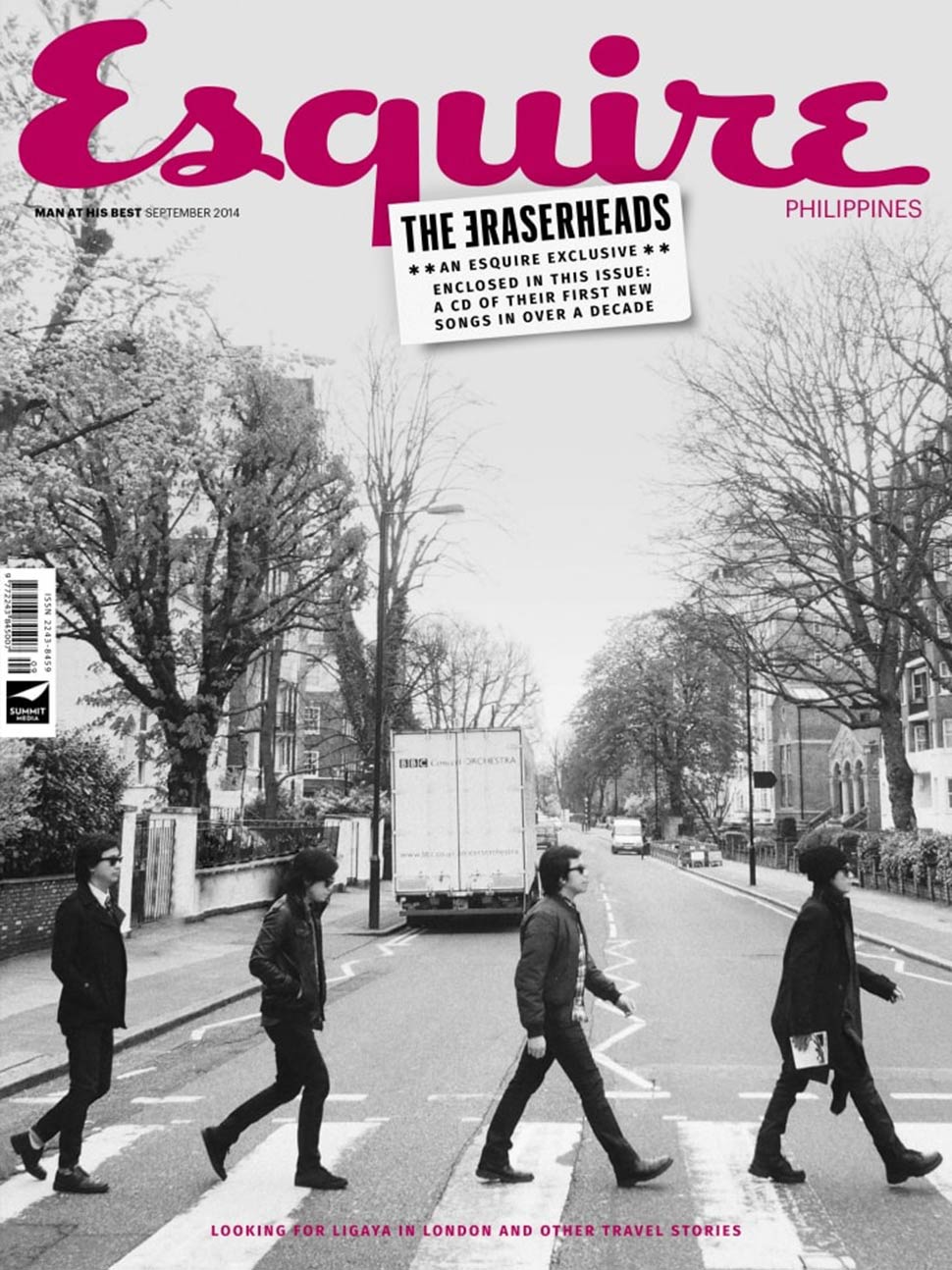 Despite the momentous impact that Abbey Road had on pop culture, it was foreshadowing of the end of the Beatles. Abbey Road was their eleventh studio album released on September 26, 1969. Although Let It Be, which was released the following year, was the last Beatles album released, Abbey Road’s songs were some of the last ever recorded where John Lennon, Paul McCartney, George Harrison, and Ringo Starr were all present in the same studio together.

The tension in the Beatles began during the recording sessions for their self-titled album and continued on through Get Back. But after that experience, Paul McCartney thought it was about time that the group make an album “the way they used to” before all the conflict began. Abbey Road was intended to be album that would bring them all together, but it only served to drive them further apart.

When recording started, things went relatively smoothly. The boys were back to being musicians and artists, instead of celebrities and industry machines. They managed to create some of the best Beatles songs to date, like Harrison’s “Here Comes the Sun” and Lennon’s “Come Together.” But the experience would soon turn sour after their infamous creative differences drove a wedge in the band. Yoko Ono also didn’t help the case as her constant presence in the studio only aggravated everyone but Lennon. The musician was so hell-bent on keeping her close that when she sustained injuries from a car accident, he installed a bed in the studio just to have her nearby.

Harrison once said, "It felt as if we were reaching the end of the line."

The Beatles Set to Re-Release Abbey Road With Unreleased Demos

And the end was in sight. After the rest of the Beatles rejected his song “Cold Turkey,” Lennon went on to form his new band titled the Plastic Ono Band. McCartney also took a hiatus after the birth of his first child, Mary, and would later publicly announce his separation from the band after Let It Be.

The recording sessions of Abbey Road might have produced some of their best songs, but none were as appropriate as the song “The End” for that moment in history. Bittersweet as it was, “The End” is the only song to feature solos from each of the boys and the lyrics are a reprieve from the tension behind the scenes. The song’s last lines, “And in the end/The love you take/Is equal to the love you make,” are a closing statement—a farewell—of what they knew would be their last moments creating music together.

After the album’s release, the hype surrounding a new Beatles album was only heightened when a bunch of students from the U.S. started a conspiracy theory that Paul McCartney was dead. It gained so much attention that it became one of the most popular urban legends to ever be born—just another way the album impacted pop culture.

It all started when someone spotted that McCartney was holding a cigarette in his right hand in the album cover despite being left-handed, leading people to believe it was an imposter, the real McCartney was dead, and the boys were photographed leaving his funeral. As ridiculous as the rumor was, it only helped sales skyrocket without anyone actually dying. McCartney would later follow up with an album titled Paul is Live, poking fun at the theory.

But in all seriousness, 49 years since the band broke up and with only two Beatles surviving, their music has managed to resonate through the decades. Its impact on culture goes without saying. And if the celebrations that are about to take place today aren’t proof of that, get a load of this: Just shy of the 50th Abbey Road anniversary, McCartney released his new children’s book titled, wait for it, Hey Grandude. Yup, they still got it.