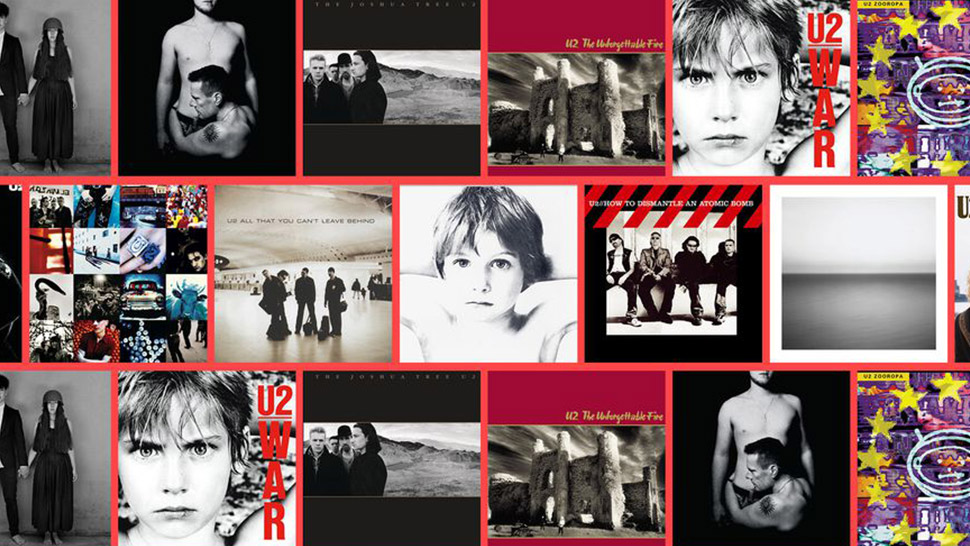 More than four decades ago four high school kids from Dublin started a band that would become one of the biggest rock groups in the world. In 2019, U2 can still be listed alongside the likes of the Rolling Stones as one of the most influential legacy rock bands still touring. U2 just, like, won’t go away. Even now, they’re plotting another leg of their 30th-anniversary Joshua Tree tour — which started in 2017. They also spent a chunk of 2018 on the road for their latest album, Songs of Experience. In a lull between albums—presumably for Bono to get some sleep between music and saving the world—it's a good time to look back at U2's catalog and run down their best work. 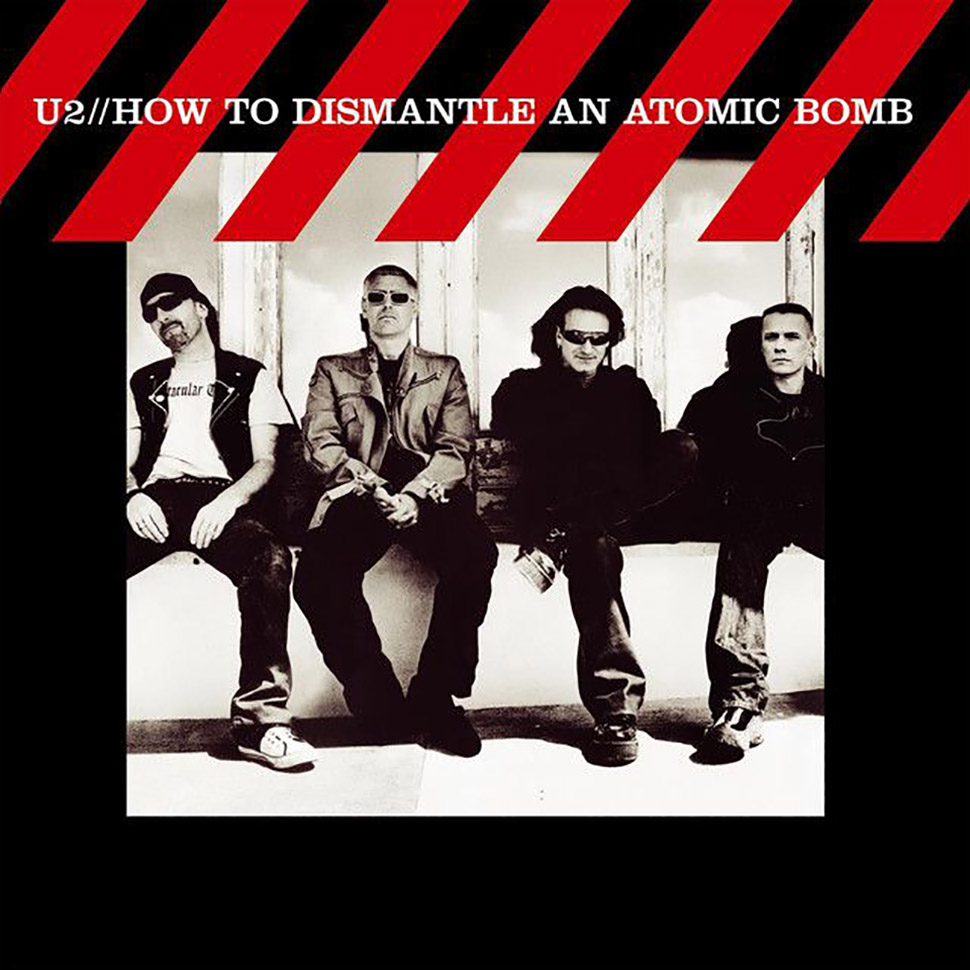 U2 got into a run in the early aughts, which hit the bottom with How to Dismantle an Atomic Bomb. The album offers a surfeit of mid-tempo bluster without a lot of connectable lyrical content. There is much emotional wailing about the wonders of an unspecified “you”: Is it God? Bono’s wife, Ali? Is it... me? In any case there are many loving, encouraging words and it all gets to be too much. “City of Blinding Lights” is the standout, a soaring arena-rock anthem President Obama used on the campaign trail in 2008. 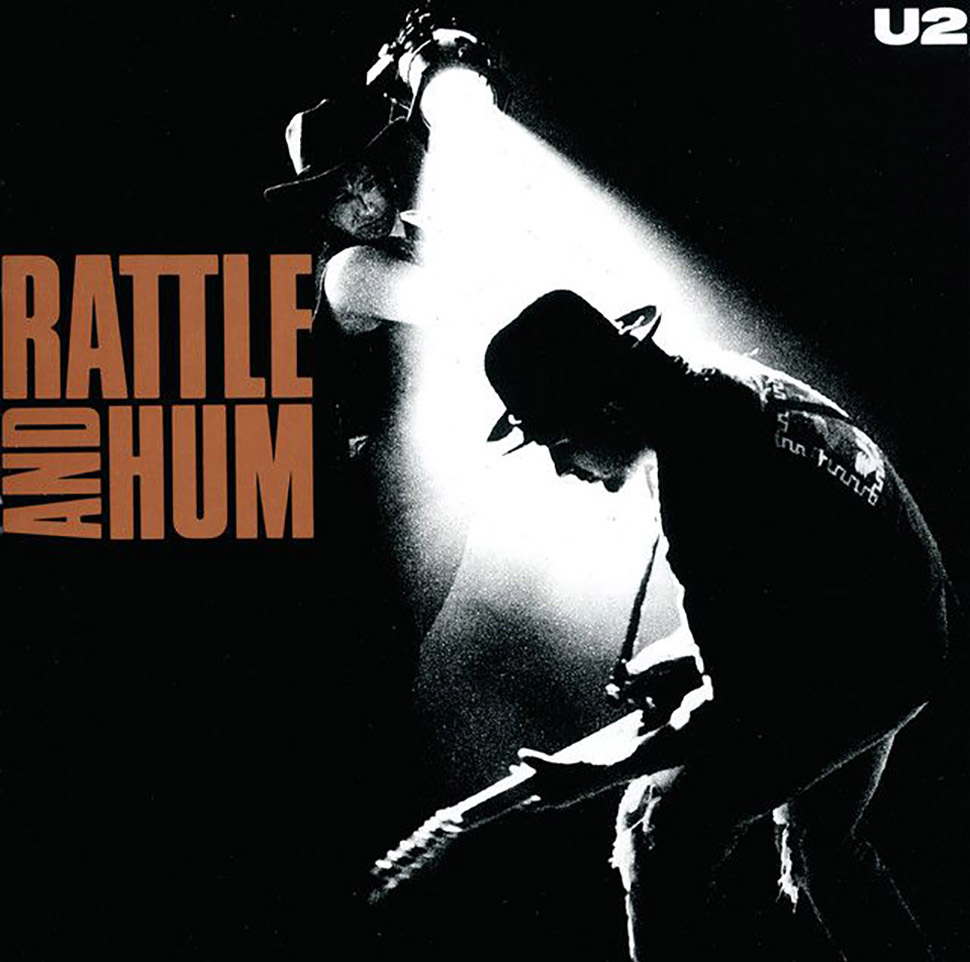 A kind-of soundtrack to the band’s documentary of the same name, Rattle and Hum is possibly U2’s least-loved album. It’s not that it’s bad, it’s just really awkward, overindulging the band’s fascination with American roots music. And at times, it’s cringe-y and pretentious, like when Bono declares “Charles Manson stole this song from the Beatles — we’re stealin’ it back!” just before the band tears into a cover of “Helter Skelter.” A mix of live tracks and new studio work, it has some highlights, like “Desire,” “Heartland” and “All I Want Is You.” The live songs are enjoyable as well, but Rattle and Hum is really for fans only. 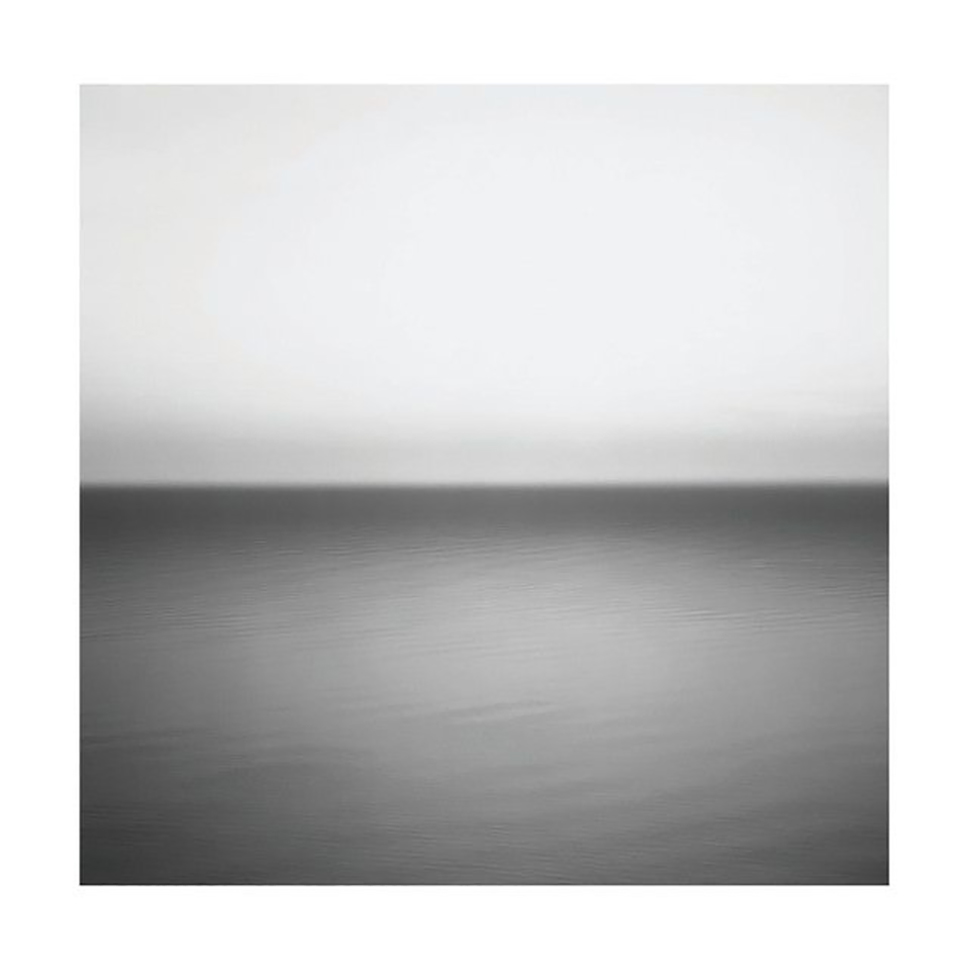 Even U2 drummer Larry Mullen, Jr. called this one “No Craic on the Horizon.” (“Craic” is Irish for “fun.”) Which is too bad, because it gets off to a strong start with the title track and “Magnificent,” a dance-y number complete with handclaps. There are ideas bubbling on this record, from “Moment of Surrender” — a 7-minute meditative groove recorded in a single take — to the bleak “Cedars of Lebanon.” But things never quite come into focus, especially when a fan-service rawk song like “Get On Your Boots” tears through the proceedings like a wet dog at a dinner party. 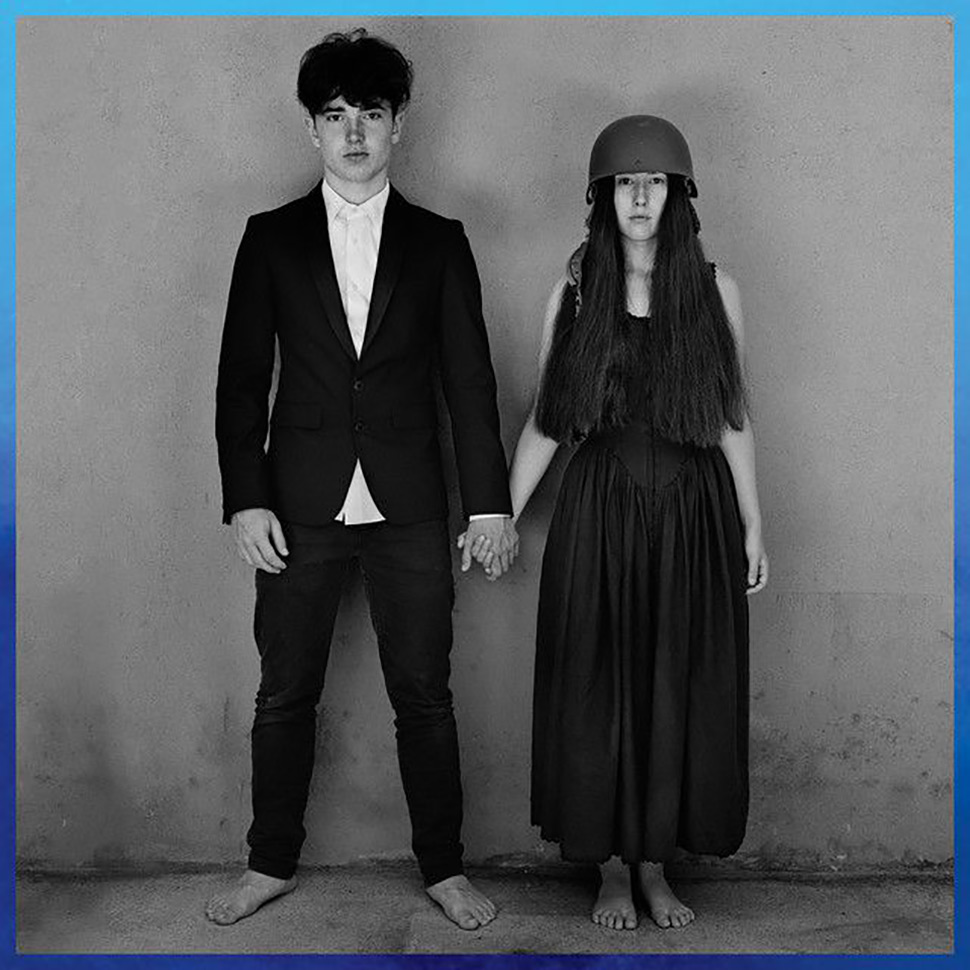 Bono’s had a few big health scares in recent years: a nasty back injury in 2010, a serious bike accident in 2014, and some sort of near-death experience in 2016. “This is no time not to be alive,” he sings on “Love Is All We Have Left,” one on the finer tunes on Songs of Experience. Still, despite superstar guests like Kendrick Lamar, Lady Gaga, and HAIM, Experience often feels like more of the same. You’ve got your sky-scraping guitars, your rumbling rhythm section, and Bono running all over the place, singing his guts out and frantically waving flags to get you to feel something, anything—and we all just clap politely. 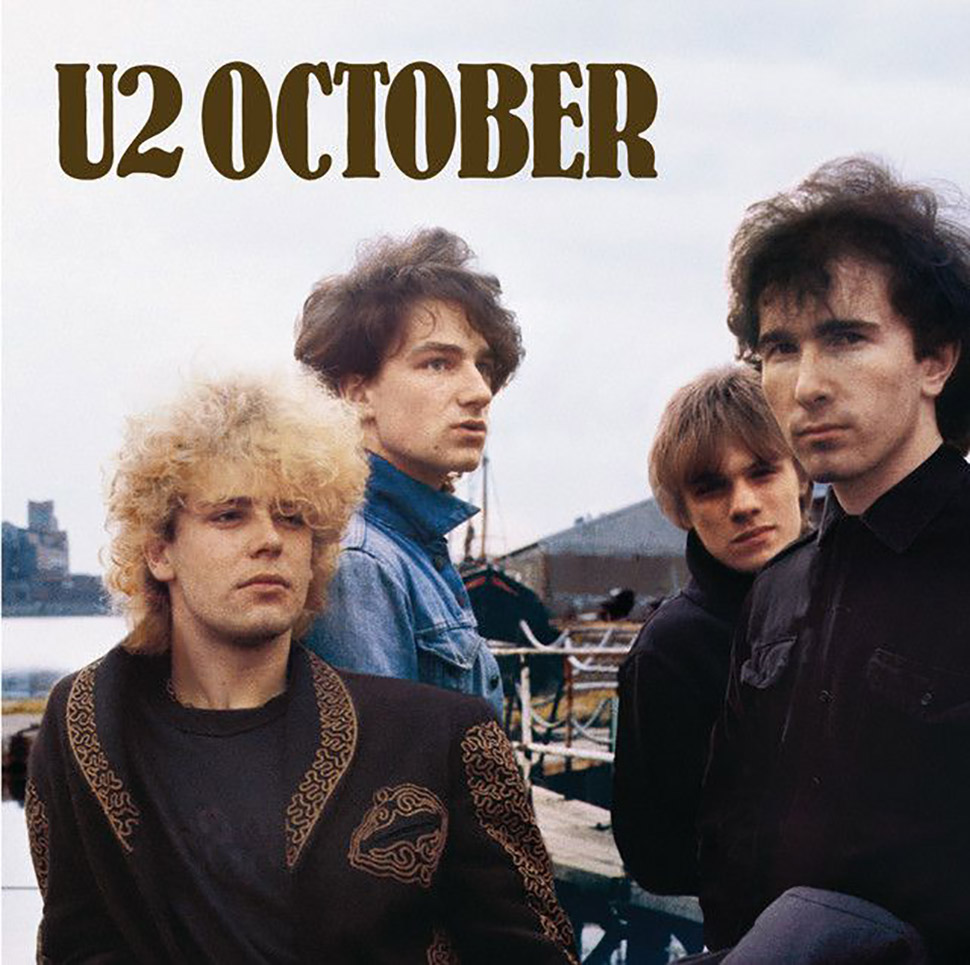 U2’s second album is the pensive, nerdy brother to their debut, Boy. It’s uneven and subdued, but has its pleasures. “Fire,” “Gloria,” and “I Fall Down” throw sparks. The solemn title track and aching “Tomorrow” conjure the gray-and-green landscapes of U2’s homeland. Those two extremes don’t quite hang together, though, perhaps because of sequencing. Still, you can see the bridge being built between Boy and War, their next album. 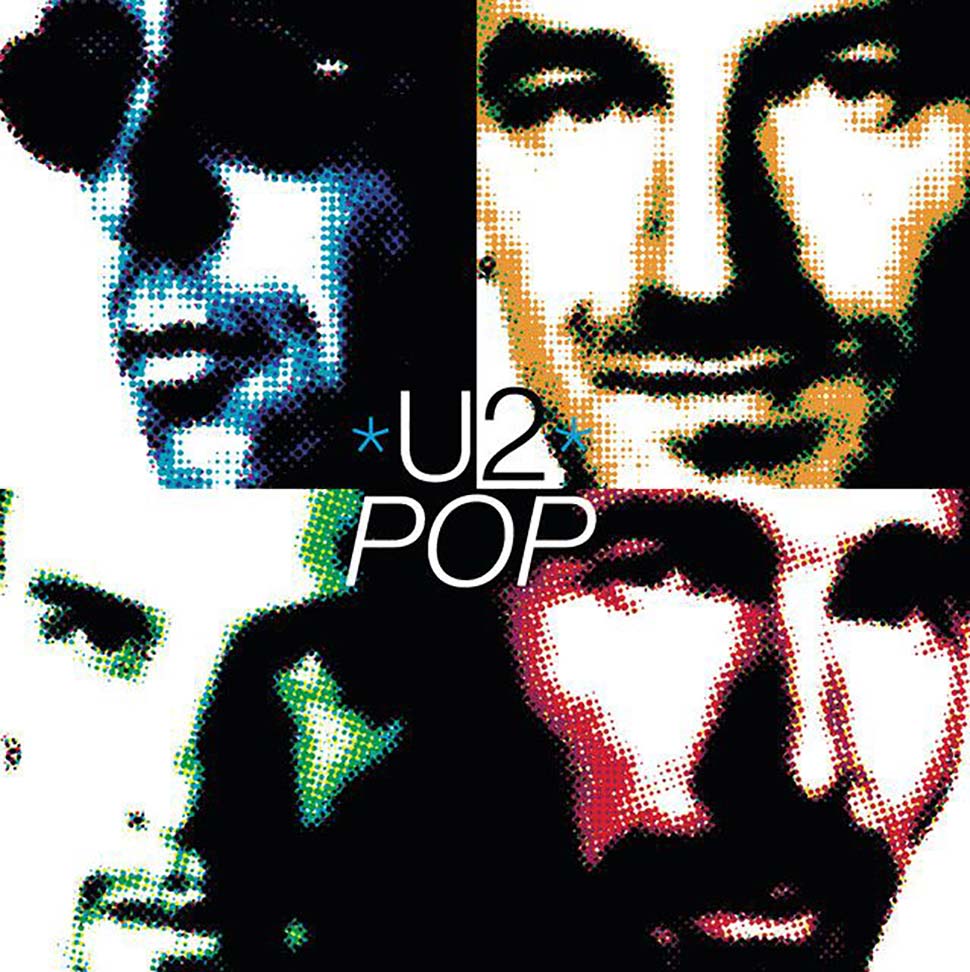 To some, this album represents another Rattle and Hum-style overreach, taking a once-great idea (incorporating electronic beats and textures) and grinding it into dust. It’s better than people remember, though. Songs like “Do You Feel Loved” and “Gone” have solid muscles and bones under all that glitchy studio gloss. Adam Clayton’s bass playing is fantastically expressive throughout. I even like the truly bizarre “Miami,” where Larry Mullen’s drums sound like they’re going both forward and backward and Bono rhymes “maybe” and “baby” like three times. A notable exception is “The Playboy Mansion," which is objectively awful. 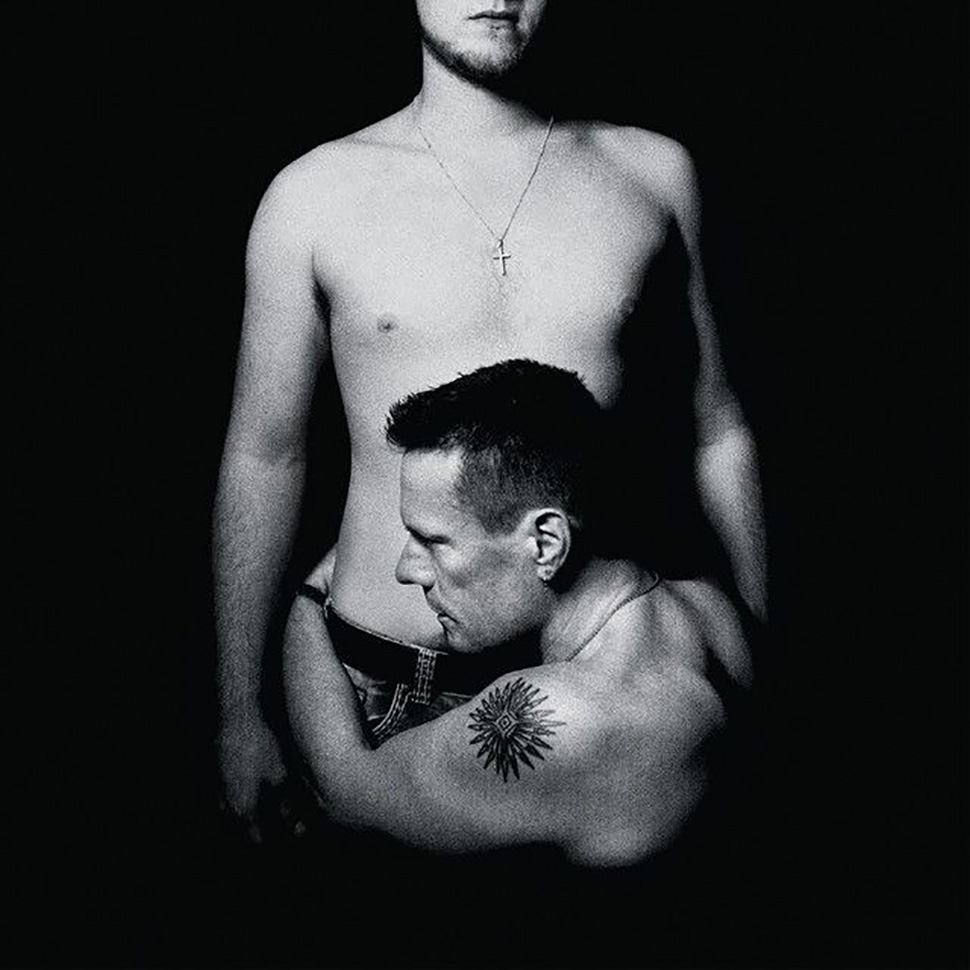 Innocence’s “Every Breaking Wave” is perhaps the best U2 song of this century. “Baby, every dog on the street/Knows that we’re in love with defeat,” goes the chorus, and that tiny inkling of bitterness is enough to sustain my life for a moment. The rest of Songs of Innocence is a mixed bag, but there’s more good than bad. Lyrically, the album explores the early days of the band and Bono’s turbulent teenage years. The death of his mom, Iris, when he was 14, hangs heavy. “Raised By Wolves” is as urgent as a cut from War, and as explicit as they’ve ever gotten about growing up in Ireland during the Troubles. The song is a reminder, in the era of Brexit, of the scars left by those decades of violence. 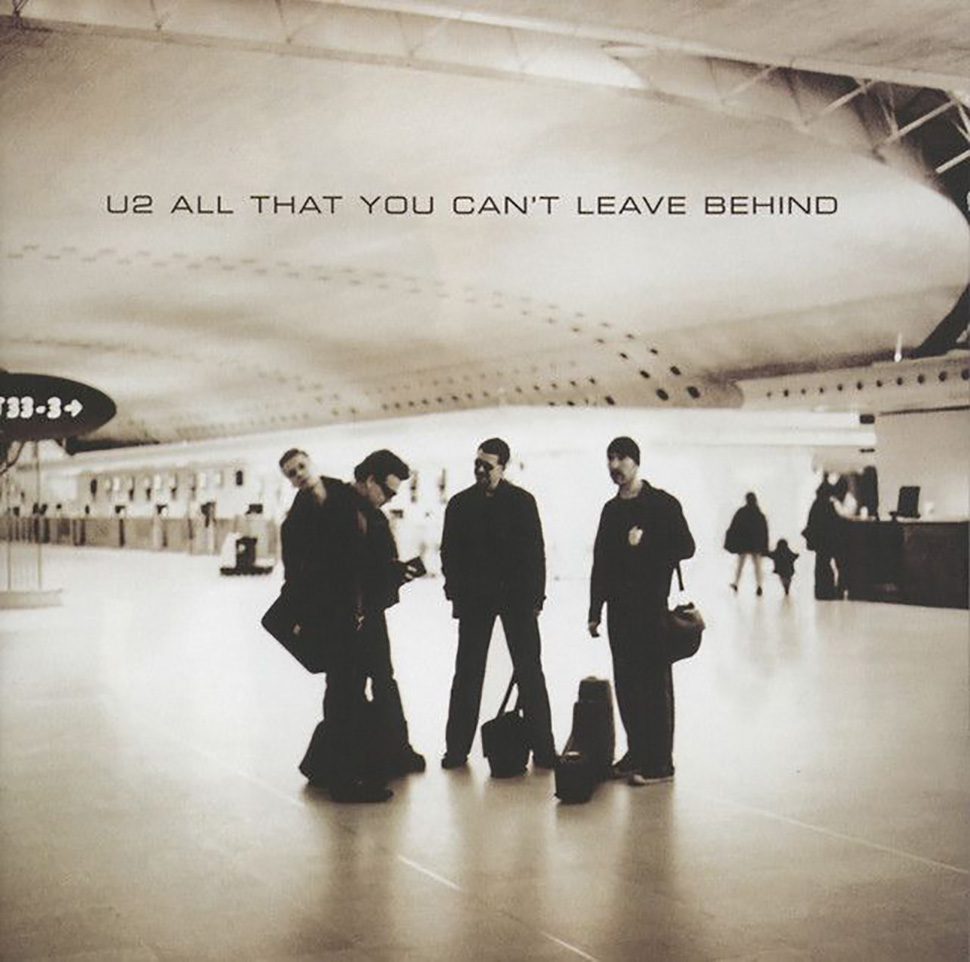 Fans often count this as the beginning of a new phase for U2, a phase that ditched the band’s ‘90s smirk for a return to ‘80s earnestness. It’s hard to deny that it’s a return to form—the whole band seems to be firing on all cylinders. You’ve got Bono crooning about peace and love, The Edge parting clouds, Adam laying down grooves, and Larry just killin’ it as always. The big hit, of course, is “Beautiful Day.” It’s possibly the Most-U2 U2 album. Solid. 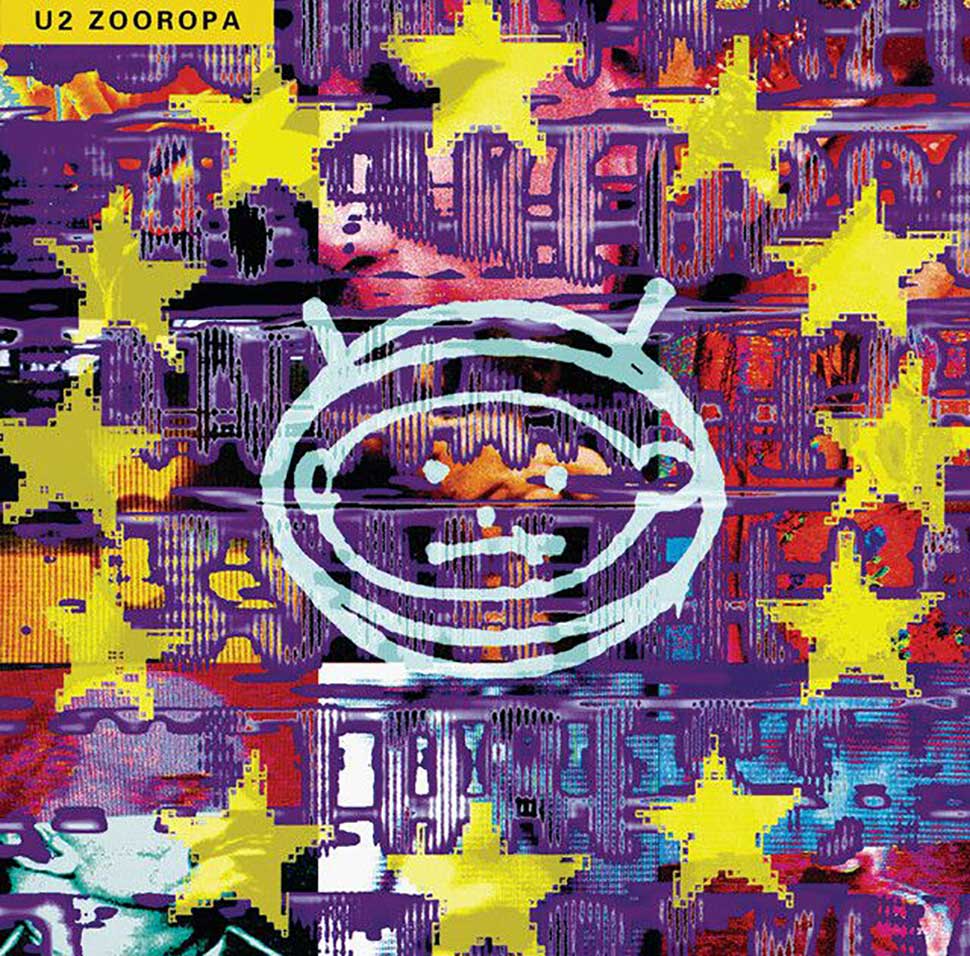 A sort-of sister album to 1991’s Achtung Baby, Zooropa often slips from view when looking back on U2’s ‘90s. Which isn’t fair, because Zooropa is a charismatic, playful document of its time. Free-floating anxiety, fuzz and static, whispered advertising slogans, and monotone drone. Wobbly Europop, giddy falsettos, shimmering guitars and ... Johnny Cash? These are a few of my favorite things. Essential listening if you want to “get” U2. 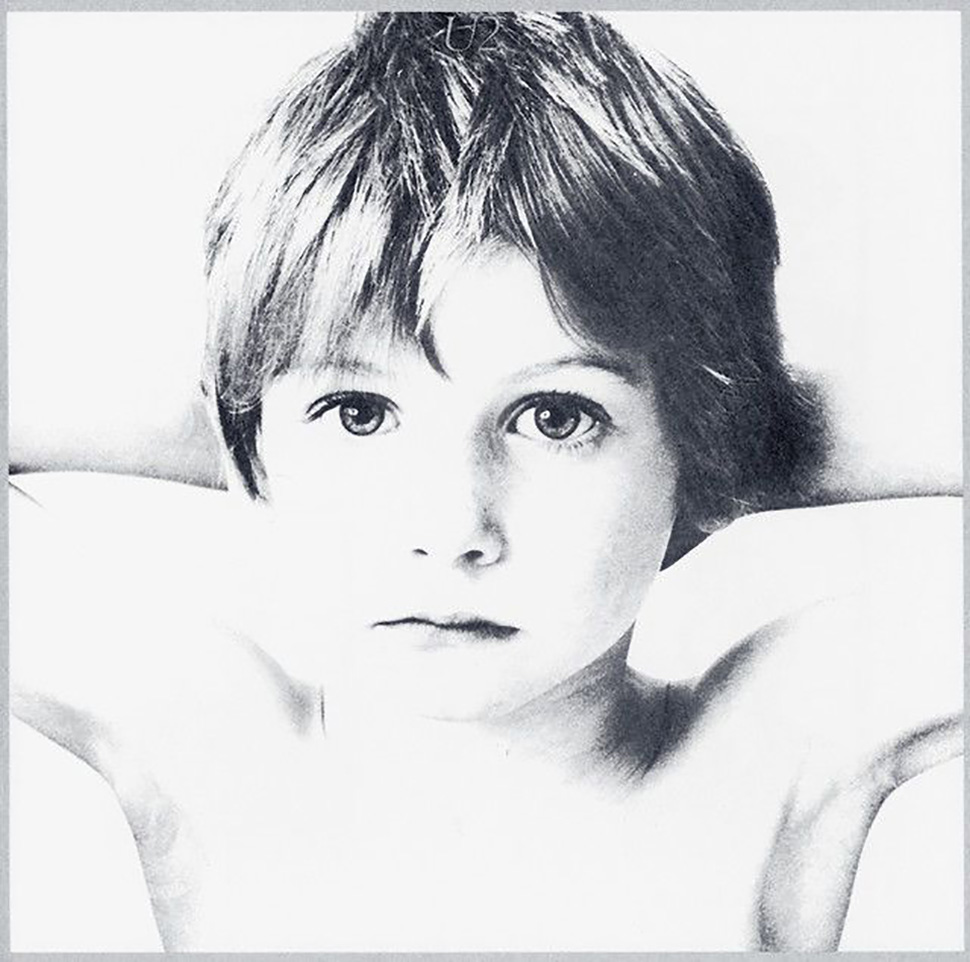 This is original recipe U2—never improved upon, only elaborated as the band built their arsenal of studio techniques over the years. The pounding “I Will Follow” is maybe one of the best album openers in pop history. By the time the song ends, a swirl of guitar riffage and tinkly glockenspiel, you can’t wait to hear what’s next. Not every song is a big winner, but there are enough—“Out of Control,” “Stories for Boys,” “The Electric Co.”—to make Boy a surprisingly assured debut. When the 20-year-old Bono yelps, “I started a landslide in my ego!” on “A Day Without Me,” it’s hard not to smile. 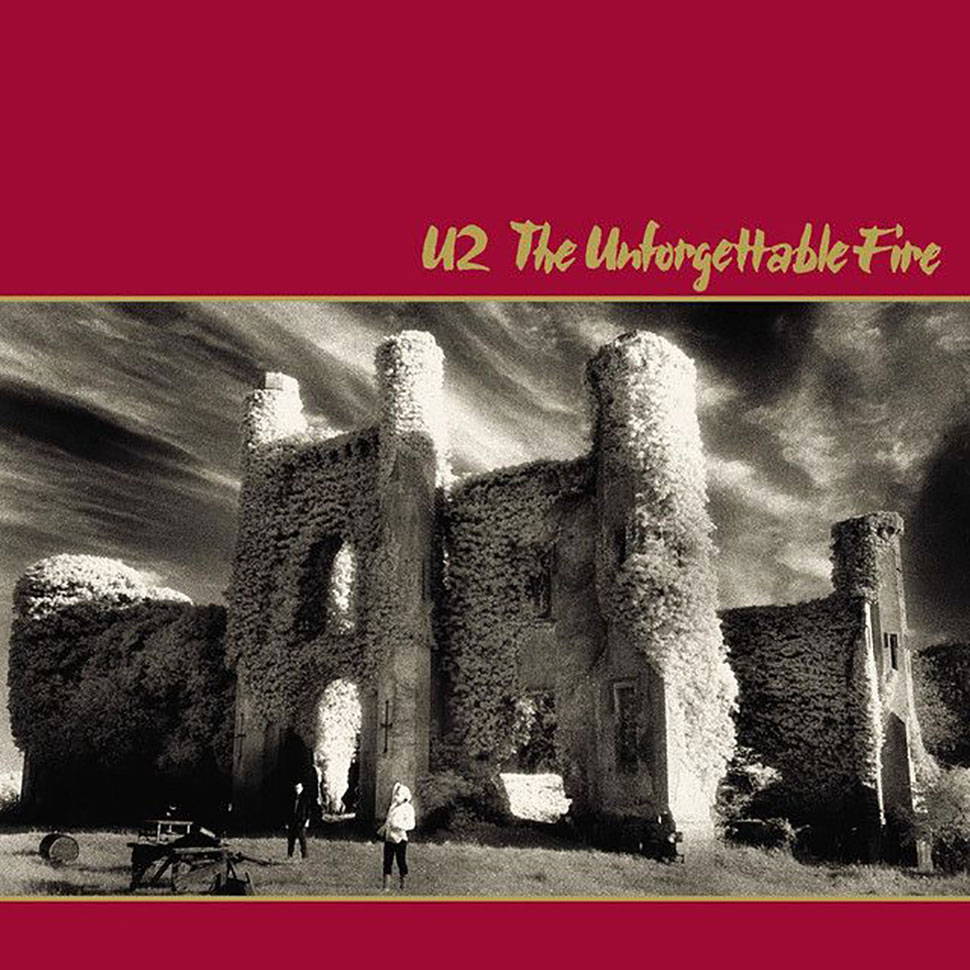 Their first collaboration with frequent producers Brian Eno and Daniel Lanois, Unforgettable Fire was the strangest possible follow-up to U2’s fierce third album, War. Awash in synthesizers instead of jangly guitars, it’s a moody and patient piece that rewards multiple listens. The jangly guitars are still in attendance, of course, just smoothed out here and there, like paint blended on the canvas. Unforgettablehints at the band’s dawning infatuation with the United States and its history, most notably on the album’s most famous track, “Pride (In The Name of Love).” It’s U2’s “headphones album.” 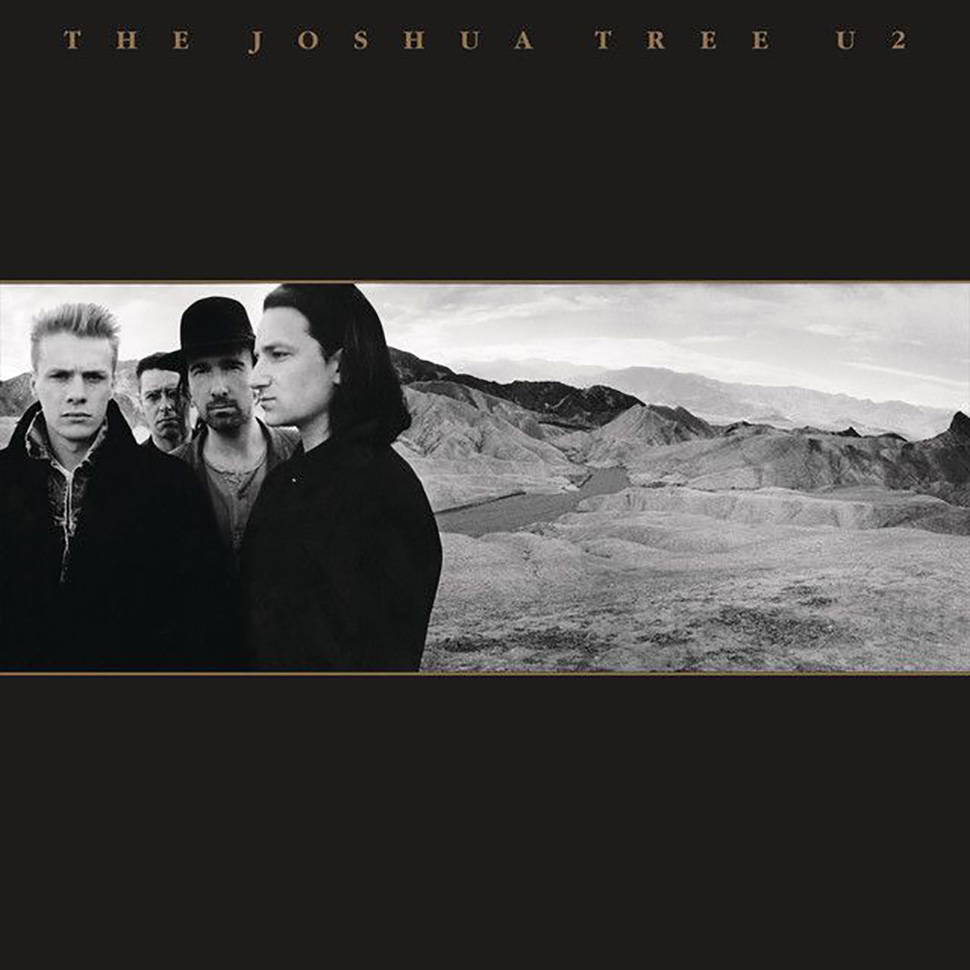 If someone you know owns a U2 album, it’s probably this one. A hat-trick of all-time greats—“Where the Streets Have No Name,” “I Still Haven’t Found What I’m Looking For,” and “With or Without You”—opens the record, making that stance hard to dispute. Even lesser-known songs, like the plodding “Red Hill Mining Town,” show off hooky, heavy songwriting chops. “Trip Through Your Wires” feels unnecessary, though. And “Exit”—a menacing, obtuse meditation on the mind of a killer—is an odd fit, especially when it’s followed by mournful album closer “Mothers of the Disappeared.” 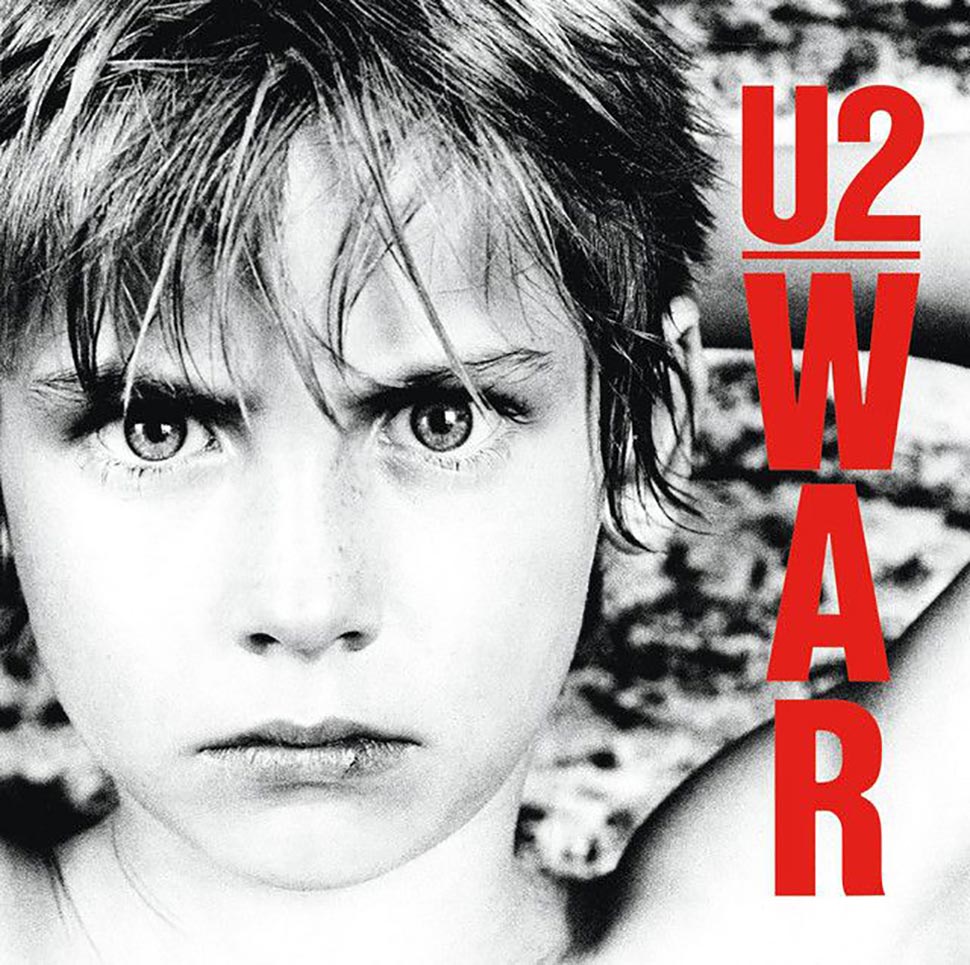 The whip-crack of Larry Mullen’s drum set snaps listeners to attention from the first moment of the first song, “Sunday Bloody Sunday.” (Larry Mullen, Jr. is a goddamn treasure, if you didn’t know.) From there it’s a breathless sprint through 42 minutes of spiky guitars, righteous anger and lovesick optimism. The band members were just in their early 20s when they wrote and recorded this classic, and it shows—in all the best ways. 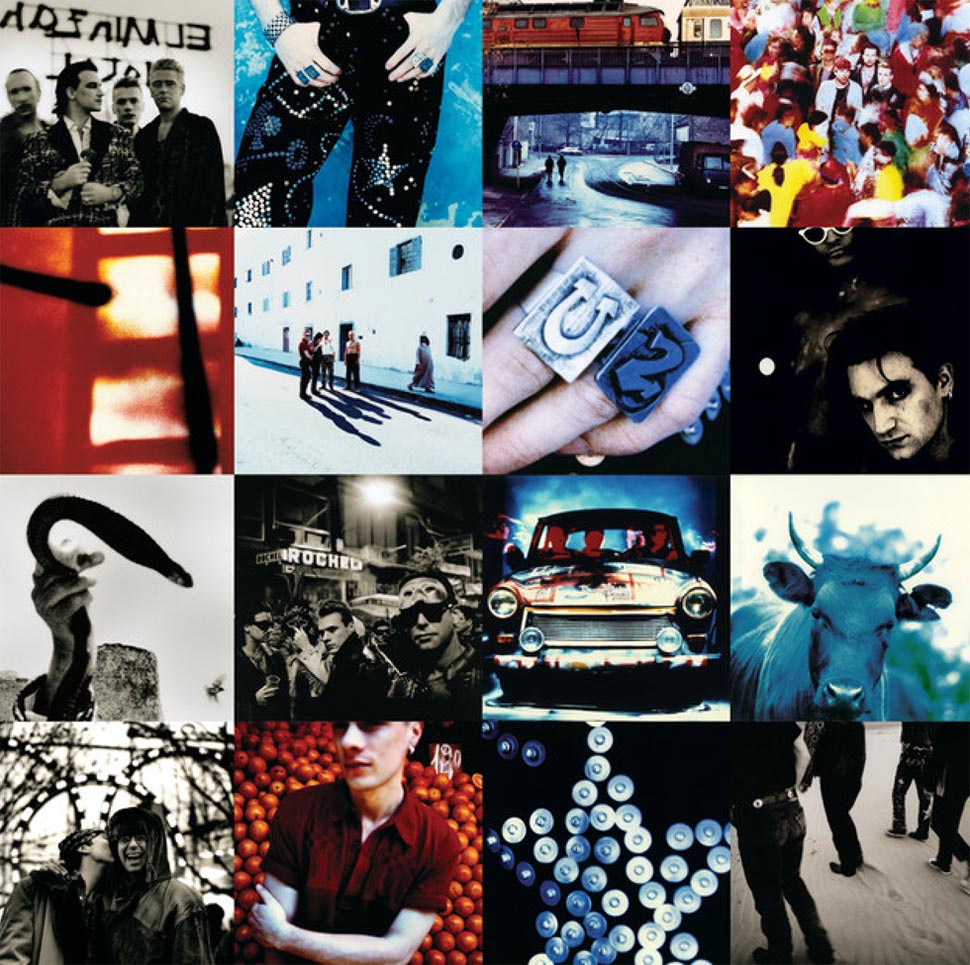 Lured by the single “Mysterious Ways,” I bought this album when I was 12 years old. It scared me (a Catholic school kid in rural Iowa). The distorted vocals, the psychedelic guitars, the unmistakable European-ness made my spine tingle. This was the U2 I started with, which some might consider mid-period, or an aberration from their truer, more earnest selves. But this is my favorite version of the band: Funny, sly, sometimes angry and world-weary, but raging against a wounded heart with booze and smokes and roaring laughter with great friends. The album’s named after a line from Mel Brooks’ Nazi-clowning comedy The Producers, for godsakes. Achtung received plenty of praise back in the day, but as it pushes 30 (yikes), the stories surrounding its recording are turning it into an untouchable Exile On Main Street-style legend: Sessions with Eno and Lanois in Berlin as the Wall crumbled. The magic moment when “One” cohered in the studio. Watching Europe change, and The Edge’s marriage dissolve, right before the band’s eyes. It’s all big stuff, but it shouldn’t obscure the fact that Achtung still contains everything fans love about U2. The dizzy “Even Better Than The Real Thing” and snarling “Until The End of the World” lay the groundwork for an old-school-U2 catharsis on “Ultraviolet.” “Who’s Gonna Ride Your Wild Horses” is your romantic radio hit. It’s still guitar, bass, drums, Bono. They just took a buzzsaw to the old machine and rebuilt it from the ground up, smashing the shards back together with abandon. And then added some shitty tinsel just for laughs.

About The Author
Kathleen St. John
Writer
View Other Articles From Kathleen
Get The Latest Updates From Esquire!
Subscribe to our newsletter!
Latest Feed
Load More Articles
Esquire Money

It’s Finally Happening: U2 is Coming to Manila This Year
All Photos
Comments
View As List