Will they help you shave off those holiday inches?

A new year brings with it new fitness goals, especially after we've become bloated over the holidays. We’ve already detailed how much it’ll cost you to commit to your health resolutions through the country’s most popular gym chains, so now let’s get into which songs can help you focus on your workout.

There's been a lot of research on how music affects people during exercise, and while the impact isn’t fully understood yet, it’s at least widely accepted that listening to songs has a positive influence on your workout.

What we can be sure of is which tunes people love to listen to while at the gym, as revealed by Spotify in its latest listing of the most popular workout songs. The global streaming giant revealed that there are 43.5 million workout-themed playlists on its platform, which means that there is more than one exercise playlist for every five Spotify users. 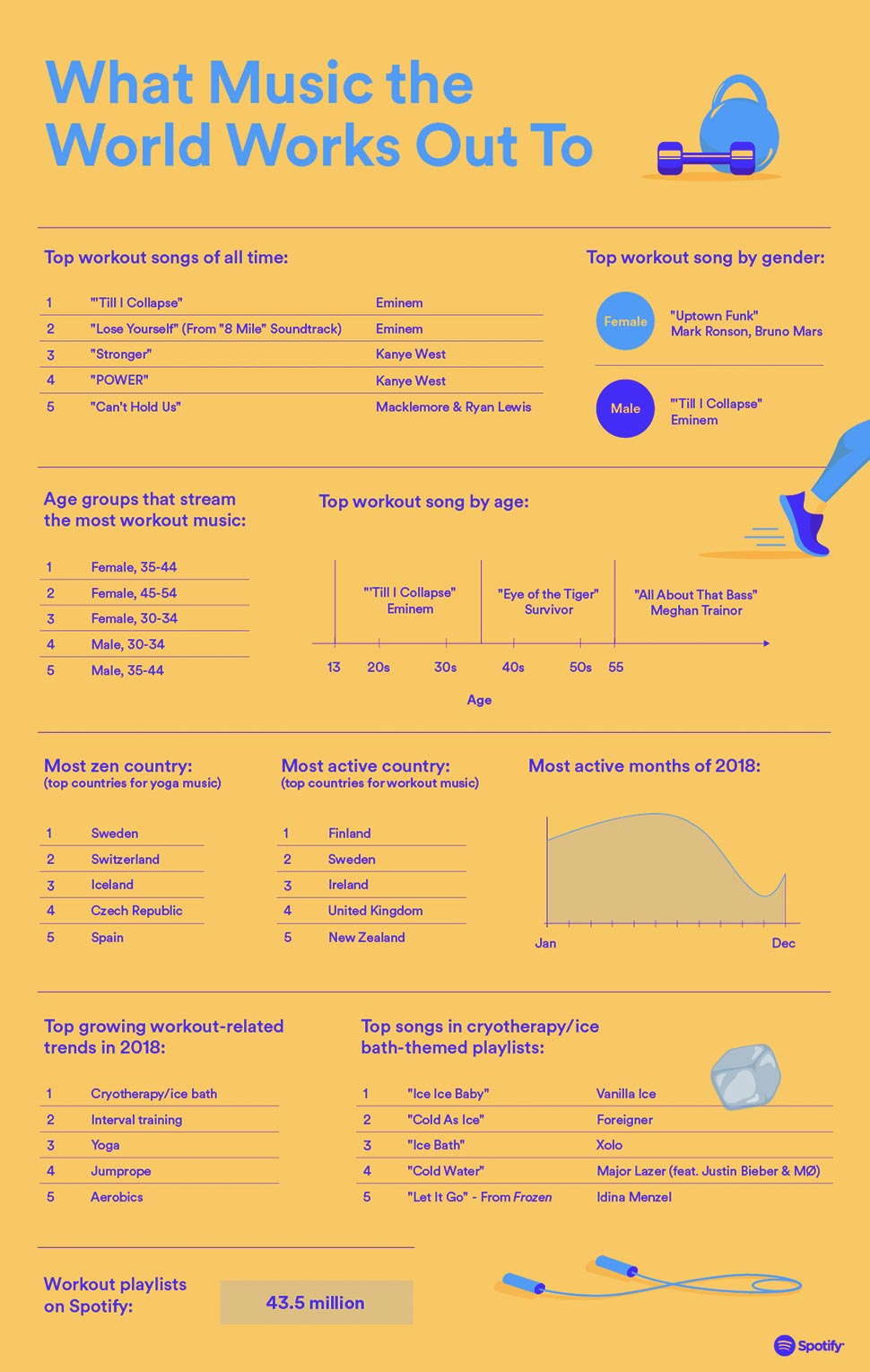 The song that dominated the workouts of Filipinos in 2018? “Bang Bang,” a 2014 tune from pop singers Jessie J, Ariana Grande, and Nicki Minaj. We have to wonder if the song’s first line—“She got a body like an hourglass”—had anything to do with its popularity.

The same can be said for the song that ranked second, “Uptown Funk” from producer Mark Ronson and half-Filipino vocalist Bruno Mars. While Spotify says its popularity in workouts can be attributed to its “groovy melodies,” there’s something inspiring about millions of Filipino health buffs singing to themselves that they're "too hot." (Hot damn!)

Completing the Philippines’ top five is girl group Fifth Harmony’s “Worth It,” which was the fourth choice for workout songs in the country. We can only hope all those gym memberships, personalized workout playlists, and dedicated exercise time will be worth it in reaching your respective fitness goals.