It's a worthy tribute to 'In Living Color' 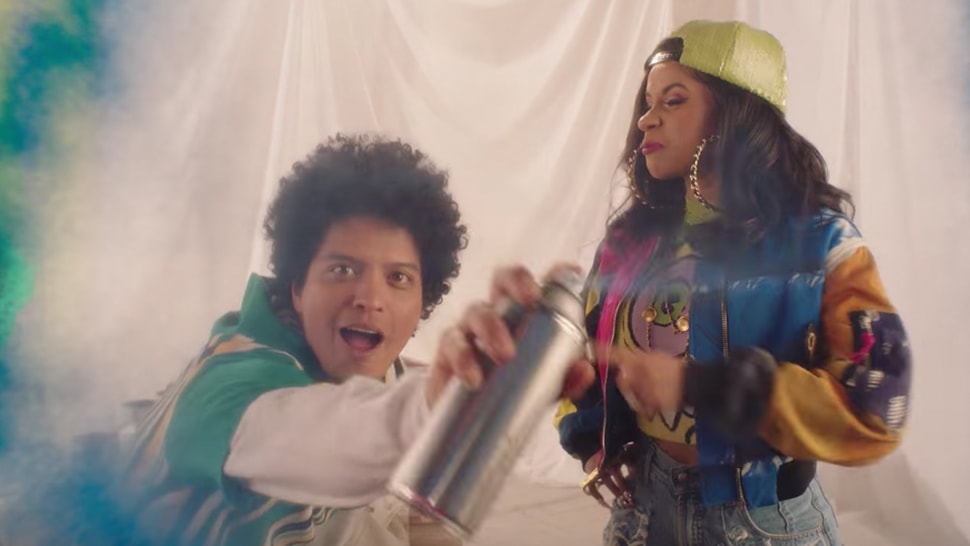 Ever since millennials took over the Internet, the 1990s have had a popular novelty about them. But the 90s have been especially pronounced as a trend in fashion and pop culture recently: bright-colored clothes, dad sneakers, T-shirts tucked into jeans, and VHS-quality grain are all part of the aesthetic du jour. Yeah, that includes all your HUJI-filtered Instagram posts.

But few 90s time capsules and throwbacks are as triumphant as the latest music video from Bruno Mars, for a remix of "Finesse", a single from his 2016 album, 24K Magic. Rising hip-hop artist Cardi B joins Mars on this remix, and in the music video. Have a look:

This thing looks like it could be a Nickelodeon interstitial, between All That and Global GUTS. Everything from the clothes to the choreography, and even the cinematography, screams 90s. It's one of the more successful uses of the throwback aesthetic—so faithful and well-executed that it overcomes the dependence on nostalgia and novelty that tends to taint 90s references.

The entire music video, which is directed by Mars himself (and choreographed by Phil Tayag, of the Jabbawockeez), is actually a tribute to In Living Color, a sketchy comedy show that ran in the States in the early 90s. In Living Color dared to represent minorities in a time before that brand of humor was acceptable in the mainstream, which eventually lead to its cancellation and a resulting feud between creators Keenen and Damon Wayans and network executives.

But in a time when it would no doubt be relevant, In Living Color gets a worthy tribute in the "Finesse" music video, which is about as fun to watch as Mars' previous music videos, like the one for "That's What I Like". The hip-hop and R&B artist is really seeing something of a renaissance with his hit-filled 24K Magic, which is still keeping him on a creative hot streak.