Chester Bennington, the lead singer of the band Linkin Park, has committed suicide at 41, TMZ reports. According to their police sources, his body was found early this morning. The Associated Press has confirmed the news with the Los Angeles County coroner, and Linkin Park's co-frontman, Mike Shinoda, posted about Bennington's death on Twitter.

Bennington, along with his bandmates, won two Grammy awards and were nominated for five others. The band had six number-one albums on the Billboard charts, including One More Light just this past May. TMZ notes that the band just released a new video, for the song "Talking To Myself," minutes after Bennington's body was found.

Bennington, who had six children, was open about his struggles with drugs, alcohol, and suicidal thoughts that stemmed from childhood abuse. When his friend Chris Cornell died in May, he wrote an open letter to remember him and posted it online. "Your voice was joy and pain, anger and forgiveness, love and heartache all wrapped up into one," he said. "I suppose that's what we all are."

The news was met with an outpouring of grief from the entertainment industry. 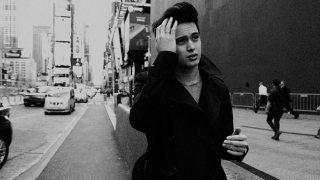 Gen X-Ers, You're Too Old to Still Be Clubbing
All Photos
Comments
View As List