"Blackstar" may have been the first omen that 2016 was going to be a disaster. Six weeks before Ammon Bundy kicked off the year with a month-long militia slumber party at an Oregon wildlife refuge, the title track of David Bowie's final album premiered in a cryptic short film by the director Johan Renck. The 10-minute collage of a song opened and closed with the chanted vocals of a dirge. Images of death suffused its lyrics. In the video, bandages covered Bowie's eyes and an alien girl on a desolate planet lifted up an astronaut's helmet to reveal a decaying, jewel-encrusted skull. It was a perfect preview of the album—and the year—that awaited us.

Reviewing Blackstar in advance of its January 8 release, critics seized upon foreboding lyrics. From "Lazarus," which shared its title with the career-retrospective musical Bowie had debuted in New York that fall: "Look up here, I'm in heaven." And "Girl Loves Me": "Where the fuck did Monday go?" The opening line of its final track, "I Can't Give Everything Away": "I know something is very wrong." The "Blackstar" video had been enough to make me fear the worst, but I was still shocked when I awoke on January 11 to the news that he was already gone.

Laden as they've always been with oblique literary and occult references, Bowie releases inevitably inspired a frenzy of interpretation. When "Blackstar" debuted, one of his chief collaborators on the album, the saxophonist Donny McCaslin, claimed (and then a spokesperson for Bowie denied) it was a political song, about the rise of ISIS. But Bowie's death froze our understanding of Blackstar. It became a jazz funeral that he threw for himself, just days before his friends in the Arcade Fire led an actual New Orleans second line for him. The album got raided for secret messages, but only the ones that further confirmed Bowie's engagement with his mortality. A "black star," some pointed out, is a type of cancer lesion.

On Blackstar, Bowie does not sound ready to die. He's desperate to keep living.

Like many fans, I stopped listening to the brand-new record and got drawn back into the music Bowie made in his prime, because that was how I wanted to remember him. It would've felt macabre, too, working and commuting with his last words blasting through my headphones. What's so harrowing about Blackstar —what makes it harder to listen to than Leonard Cohen's final album, You Want It Darker—is the terror it registers. Bowie does not sound ready to die. Instead, he insists on "Dollar Days," "I'm dying to / Push their backs against the grain and fool them all again and again." In other words: He's desperate to keep living. He often seems to be speaking in his own voice, abandoning the narrative devices that once kept him detached from the subjects of his songs. The morbid lyrics that got quoted in reviews and repeated in eulogies have the urgency of fears that wake you up at four in the morning, heart racing. This album is Bowie's attempt to grasp something no one can understand: what it would be like to stop existing. No moment in daily life seemed somber enough to warrant playing it.

That was before 2016 got dark enough to match Blackstar. When Prince died in April, the loss of two brilliant, futurist music icons within months of each other felt like a harbinger of some artistic apocalypse. People joked about aliens fleeing certain doom. As the year wore on, we seemed to mourn a different hero every week. Cohen, Suicide's Alan Vega, and Sharon Jones hit me the hardest, but we've lost so many that everyone has a different canon of the departed.

No personal tragedy can compare to the catastrophic trajectory of American politics, of course, where nihilistic propagandists and an utter lack of shame elevated Donald Trump from punchline to "protest vote" to president-elect. Now, as hate crimes spike and right-wing politicians pass chilling legislation, the media is entertaining (or at least repeating) absurd questions: Are Jews people? Could a Muslim registry actually happen? Are we really going to have a leader who blithely disregards diplomatic protocol and then brags about it on Twitter? Some of the worst and most ridiculous outcomes suddenly seem like distinct possibilities. Even the threat of nuclear apocalypse feels more real than it has since the Cold War.

Aside from a few jarring moments in bars and coffee shops, where I've heard Bowie played more often than any other artist this year, it wasn't until after the election that I listened to Blackstaragain. Maybe I was craving music as bleak as the world now looked to me; maybe vicarious anxiety and sadness no longer seemed so daunting in the grand scheme of things.

Either way, it was ambient panic that liberated the album from the crushing specificity of Bowie's death. His fears may have been more focused than the ones that have dominated our thoughts since November 9, but now we're all doing some version of what he was doing on Blackstar —staring into an abyss, steeling ourselves for the unthinkable. A popular criticism of Bowie was that, since the '80s, he'd been chasing a zeitgeist he'd once had the vision to shape. The inspiration Blackstar took from Kendrick Lamar's jazz-inflected To Pimp a Butterfly could've been another example of that. Instead, the album's sheer bleakness now sounds eerily prescient. "I know something is very wrong" certainly sounds like an acknowledgment of imminent death; it also captures the way it feels to be alive at the end of 2016.

"I know something is very wrong" certainly sounds like an acknowledgement of imminent death; it also captures the way it feels to be alive at the end of 2016."

Bowie couldn't have known how the year would turn out, but he did build Blackstar to endure, stocking it with surprises he must have known would keep revealing themselves after he was gone. Fans have spent months discovering the many secrets hidden in the LP's black-on-black packaging. Beneath the pull-quotes that heralded his death, the songs reward deeper engagement, too. Translating the lyrics of "Girl Loves Me," written mostly in the Nadsat slang of A Clockwork Orange and the Polari patois of the gay, British demimonde (both crucial early influences on Bowie), brings into focus a romantic fantasy that doubles as a fantasy about regaining lost youth. "Ain't that just like me?" he asks on "Lazarus"—a self-deprecating joke from an artist with a reputation for inscrutability. The harmonica in "I Can't Give Everything Away" is a sample from his own 40-year-old instrumental, "A New Career in a New Town."

There is a glimmer of hope in the choice to quote an old song about new beginnings, and it isn't the only moment on the album that suggests a cycle of death and rebirth. Buried in the bleakness of "Blackstar" is an airy, suspiciously earnest passage that imagines the transmigration of souls: "Something happened on the day he died / Spirit rose a meter and stepped aside / Somebody else took his place and bravely cried / 'I'm a black star.'" Bowie nearly became a Buddhist monk when he was 19, and he specified in his will that his ashes should be scattered "in accordance with the Buddhist rituals." It's quite possible that he believed in reincarnation, or at least longed for it.

There is a crucial difference between Bowie's predicament and ours, though: His fate was sealed. Only in the aftermath of total annihilation could he imagine any sort of future. Those of us who are lucky enough not to be facing a terminal diagnosis don't have to put our souls in the hands of whatever god we do or don't believe in, just yet. If Blackstar functioned as a sign of what was to come and an echo of how we felt as we lived through it, it should also put our fears in perspective. Excruciating as 2016 was, we survived it. The forces we'll fight next year may have the power to destroy us, but they haven't done it yet.

About The Author
Judy Berman
Judy Berman is a writer and editor in Brooklyn.
View Other Articles From Judy
Get The Latest Updates From Esquire!
Subscribe to our newsletter!
Latest Feed
Load More Articles
Esquire Money 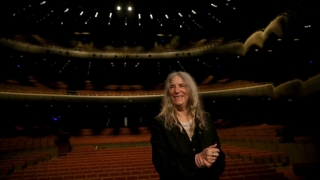 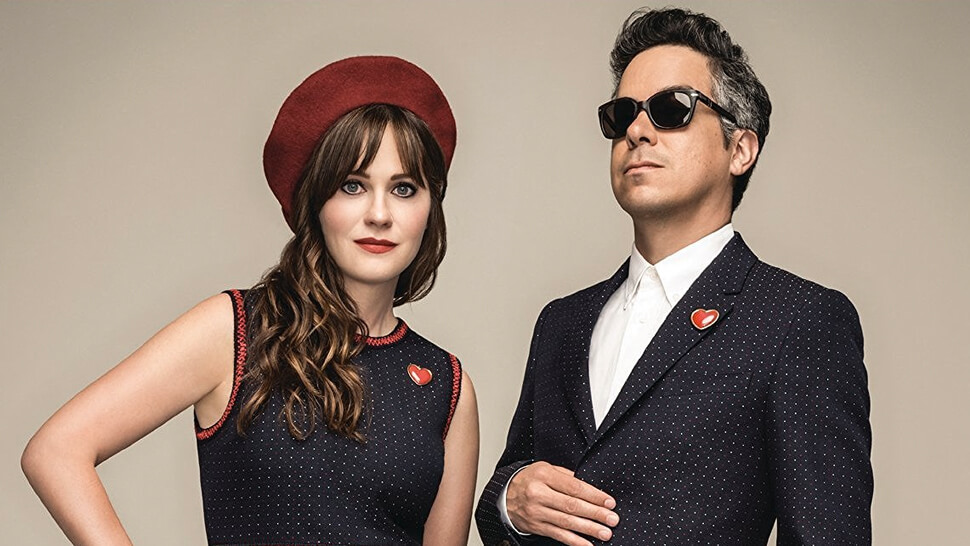 Quick, Plug This Alternative Holiday Playlist In Before 'Christmas In Our Hearts' Comes On
All Photos
Comments
View As List