We still have a full three months left of the year, and some of the biggest names in the music industry are currently preparing new albums. 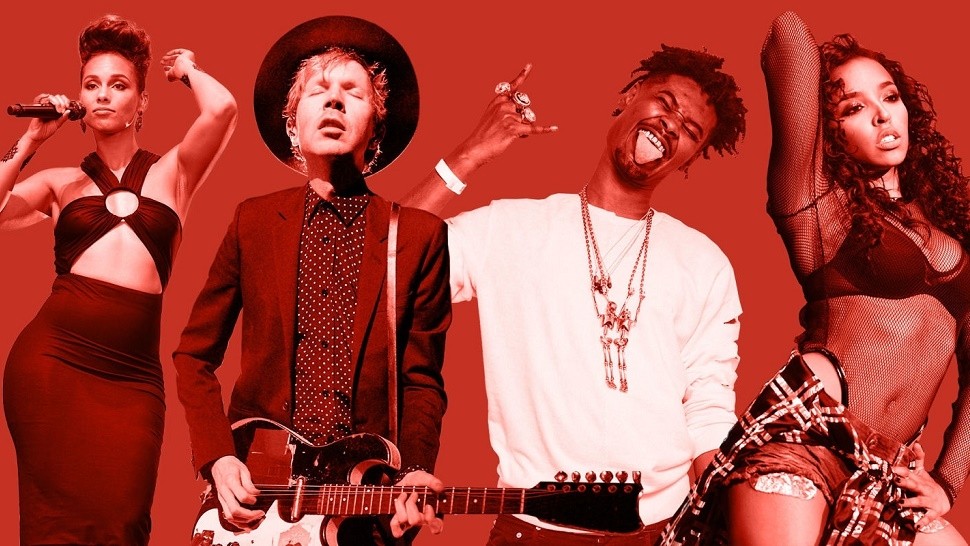 To expect more fire releases from 2016 feels pretty greedy considering the first half of this year. David Bowie, Kanye West, Kendrick Lamar, Beyonce, Radiohead, Chance the Rapper—they've all released some of the biggest albums of the decade within the past few months. But we still have a full three months left of the year, and some of the biggest names in the music industry are currently preparing new albums. While albums from LCD Soundsystem, Run the Jewels, and Action Bronson are rumored to be out before 2017, the likes of Beck, Bon Iver, and Lady Gaga have all confirmed releases for this fall.

One of the most electric personalities in hip-hop, Danny Brown is among few rappers who can go three years without having his spot in the game usurped. There is only one Danny Brown, and that was so painfully obvious on his first verse on his new song from Atrocity Exhibition, "Really Doe." There's no one else who could recreate Brown's screeching, sideways flow—probably the most unique voice in hip-hop since Lil Wayne's rasp. That aside, "Really Doe" also features Kendrick Lamar, Ab-Soul, and Earl Sweatshirt—a collection of artists that promises some awesome collaborations on the upcoming release.

It's interesting that in the time since the last Grammy Award-winning album, Bon Iver has become the arbiter of indie rock to hip-hop. His vocal stylings, which first caught on with Jay Z and Kanye West via Solange Knowles, are still massively influential within hip hop. Just listen to Frank Ocean's Blonde, which was released last month, for proof of Bon Iver's lasting influence. What's interesting is that now, in 2016, you can hear so much hip hop in Bon Iver's music. Note the vocoder effect still often used by Kanye and many other rappers, along with a reliance on looped tracks and samples.

When BANKS's debut came out in 2014, two things were clear: The singer, Jillian Rose Banks, could give a stunning vocal performance. But her music far too often sounded like a product of the music industry pop machine trying too hard. On the first single for her upcoming sophomore release, however, BANKS strips everything back. It's a tender piano ballad that abandons all the trendy production and just lets her vocals carry the song.

Though the band had somewhat of a slump on their sophomore album and have been co-opted by bro culture, I still have hope for Phantogram. There have been quite a few acts that have tried to harness the synth-pop duo's formula, but Phantogram has held onto its unique space—equal parts forward-thinking production and powerhouse vocals. Plus, it should be telling that in the time since their last album, Phantogram honed its hip hop skills working with Big Boi on the collaborative effort Big Grams.

Beck's 2014, Grammy-winning album Morning Phase was a vivid and tranquil call-back to his Sea Change days. But can we all agree that the album, though beautiful, wasn't all that fun? Beck, when he kind of doesn't give a damn and acts like a goof, is great. That's how we get Guero and Odelay-type weirdness. And on his upcoming album, Beck has given up the acoustic guitars and lush soundscapes for some of that bizarre, chopped-up funk and club tracks.

Lady Gaga's catalog has been, to say the least, inconsistent. There was 2013's Artpop, which hardly lived up to the first half of the title's self-made contraction. Then, she came out with the unexpected and underwhelming album Cheek to Cheek with Tony Bennett. While there's reason to be worried about her next album, it's promising for the following reasons: Elton John, Nile Rodgers, Tame Impala's Kevin Parker and RedOne—all of whom contributed to the upcoming release. There's also something pretty gripping about her huge new single, "Perfect Illusion."

It's actually kind of hard to believe that Alicia Keys's last album came out in 2012. The singer has been such an effervescent presence in the music industry in those last four years that it doesn't seem like she's actually gone anywhere. And in many ways, this is a perfect time for her to return with a new album. Just this year she appeared in the Mic-produced short, "23 Ways You Could Be Killed If You Are Black in America," and introduced Hillary Clinton at the DNC. It seems she's never lost her poignancy, and now is the time for her to harness that. Based on early singles, Keys has spent much of that time pushing the boundaries of her sound.

In 2014, after a string of buzzy mixtapes, Tinashe released her strong major label debut, Aquarius. Six months later, she released another mixtape just as strong as the ones before it and her full-on album. This was proof that she could release music when and how she wanted. That's why, after first announcing Joyride in 2015, she's taken her time to release it. She took some time off from touring to work more on the album, a move which was "really more about creating new material and adding to the project," as she recently told Rolling Stone.

Remember Ryan Adams's last album, 1989, a complete cover album of Taylor Swift's 1989? Yeah, that actually happened, and, you know what? It wasn't horrible. Thankfully, the prolific singer-songwriter is following that up with an actual album (we're pretty sure). It's one, not at all unlike 1989, takes influence from '80s power rock.

This story by MATT MILLER originally appeared on Esquire.com. Minor edits have been made by the Esquiremag.ph editors. 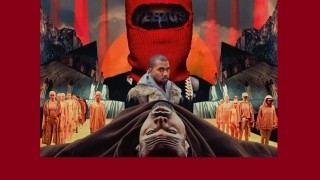 The Cult of Kanye
All Photos
Comments
View As List