It’s the show the Philippines should have gotten nine years ago. 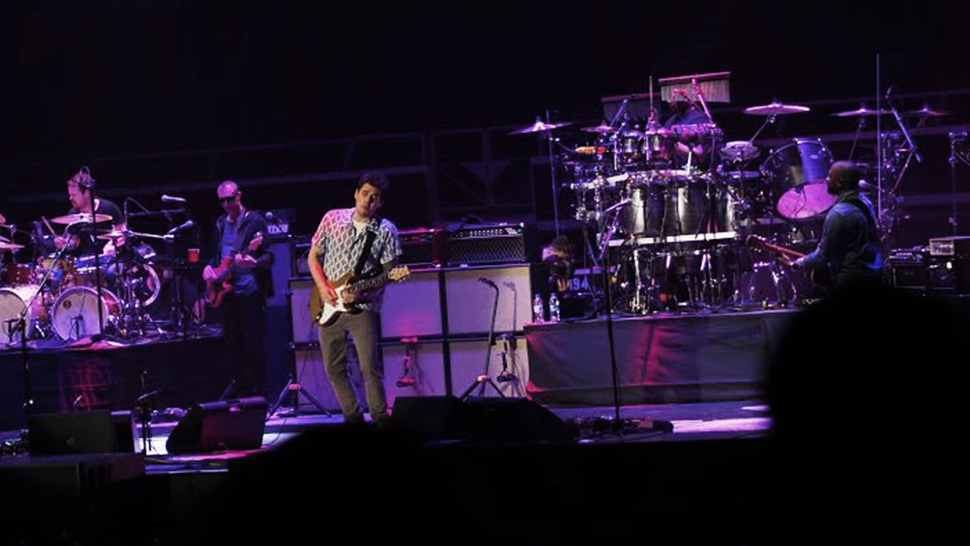 Don’t be surprised if many of the music lovers you know are flying out of the country this week: John Mayer—ultimate troubadour for the new milllennium—is in the midst of the Asia leg of his current world tour and Pinoy music fans are hopping on flights to catch one of his shows across the region.

After dates in Australia, Mayer was in Singapore Monday night (April 1), in Bangkok Wednesday (April 3), Jakarta on Friday (April 5), Hong Kong next Monday (April 8) and then two dates in Tokyo, Japan (April 10 and 11).

Pinoy fans are wondering why he chose to skip Manila this time around, but then again, the Philippines got first dibs on Mayer in the region, having hosted the Grammy Award-winning singer-songwriter way back in 2010—his first and only concert date in this part of Asia prior to this year’s tour.

I was at that show nine years ago and Mayer was conspicuously subdued and anemic. Having known him to be a lively and generally upbeat performer—tons of bootlegged performances back then showed him to be especially chatty and gregarious with audiences—I thought that was strange. It may have had something to do with reports of some very rock star-ish behavior the night before. It didn’t help that there was a downpour over the open-air venue that evening, drenching all of us in the crowd before his set even began, but a live Mayer was better than a nonexistent one, so most of us were probably just thankful that he had made his way over here.

First time playing Singapore, and nowhere near the last. I enjoyed every second of each song knowing it was the first time anyone in the room had heard them live. Not a moment taken for granted. And what a crowd. Thank you, Singapore. ???? @daniel

It was a different Mayer I watched at Singapore’s Indoor Stadium last Monday. The 41-year-old looked relaxed and smiled often as he walked onstage accompanied by his touring band at a little past 8 p.m. He started with “Helpless,” a track from his most recent LP, The Search for Everything, followed by “New Light,” an outlier track he released on streaming platforms late last year.

Mayer is arguably the most high-profile and successful of the many who rose out of the male singer-songwriter boom in the early aughts. Combining thoughtful lyricism with oustanding guitar work, Mayer ushered in a new age for the modern-day troubadour—sensitive types unafraid to wear their hearts out on their sleeves. His major label debut, Room for Squares, established him as an artist capable of weaving snappy narratives and setting them in pleasant, guitar-driven pop melodies, but it wasn’t until his third album, Continuum, that he was able to fully grow into his own as a mature musical heavyweight.

From Continuum, he performed his next song, “I Don’t Trust Myself (With Loving You).” At this point, powering through song after song, it was obvious it was already a vast improvement from his debut show in Manila all those years ago. Maybe he was feeding off of the energy of the crowd, or maybe he’s just in a better place in his life right now, who knows, but the Mayer I’ve always known he could be was on full display that night. 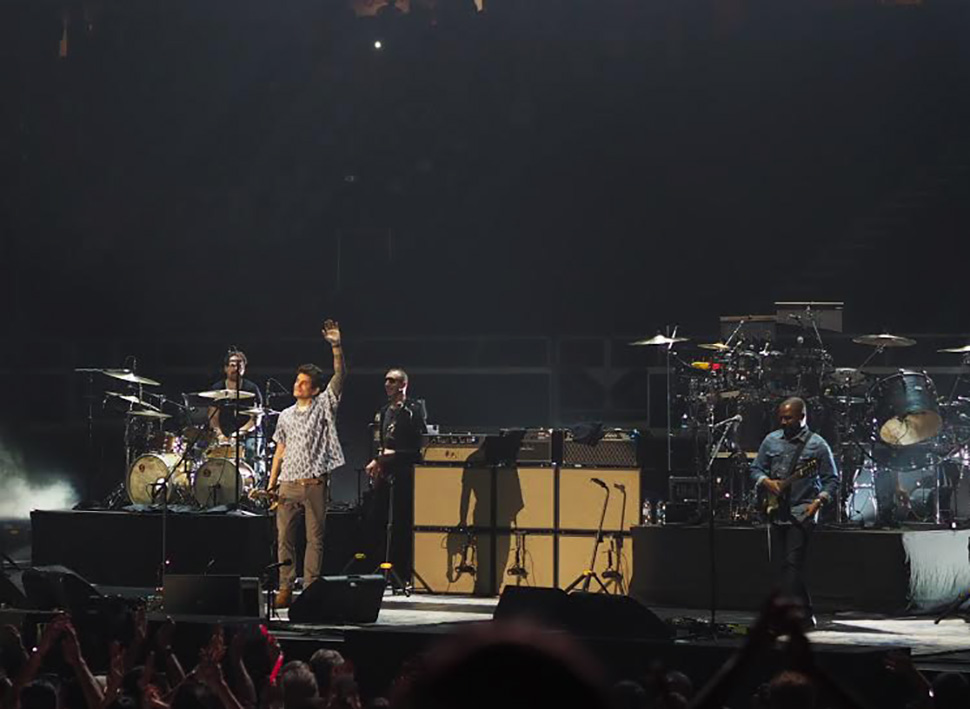 In “Something Like Olivia,” a track from his folk and Americana-inspired album Born and Raised, it became clear that he was having just as much fun as the audience watching him. Apart from a few extended guitar solos, Mayer remained faithful to the recorded versions of each song, playing them just as we heard and loved them, satisfying audiences who have waited years to see him perform live.

Mayer has released seven LPs since the early 2000s plus a few additional singles, so there is a wealth of material to choose from for a full concert. Fans will naturally want to hear old favorites, although artists generally favor newer material. It’s to Mayer’s credit that, on this tour, he deftly mixes some of his biggest, radio-friendly pop hits with more obscure, lesser known songs. Thus, we got Top 40 singles “No Such Thing,” “Heartbreak Warfare” and “Your Body is a Wonderland” mixed with “Badge and Gun” (which he said he was performing live only for the second time ever), “Changing,” and “The Age of Worry.”

Throughout the show, Mayer kept the chitchat to a minimum, preferring to spend time on the music. An exception was when he addressed a fan carrying a handmade sign saying he wanted to play guitar with Mayer onstage. Ever gracious, Mayer nonetheless let the guy down—he said no to the offer because, well, he didn’t want to.

After a trio of crowd favorites—“Slow Dancing in a Burning Room, Waiting on the World to Change” and “Still Feel like Your Man,” Mayer came back out to do two encores: “Edge of Desire,” and “Gravity” (with a snippet of the Otis Redding classic “I’ve Got Dreams to Remember” delivered by his back-up singers). Three hours since he first walked onstage (including a 30-minute break), Mayer and his crew closed out a show that his fans in this part of the world had been waiting for since he broke out in the music scene early in the new millennium. First-time watchers were hungry for the best Mayer had to offer and, thankfully, the man delivered.